An article written by retired officer Randy Petersen about police reform two years ago saw a spike in views recently when he posted it on his LinkedIn page.

“More people [were] interested in that in the last six weeks than probably in the last two years combined,” said Petersen, who now works for Texas Public Policy Foundation researching law enforcement and criminal justice issues.

He also recently received calls from two state lawmakers—unusual, since the Texas Legislature is not in session—to discuss police training, hiring, unions, and police use of military equipment. On June 15, he spoke at a TPPF livestreamed event about police reform and had “double the highest amount of live viewers.”

Since George Floyd’s May 25 death in Minneapolis, public policy advocates say they have seen a spike in support for police reform. A nationwide survey conducted June 11-15 by AP-NORC indicated almost 70 percent of Americans want to see a “complete overhaul” or “major changes” to the criminal justice system.

Prison Fellowship has not yet endorsed the Senate bill or a House police reform measure introduced by Democrats, but Rice-Minus said the group wants to see lawmakers address several issues: officer de-escalation training, community policing models, qualified immunity reform, and the transfer of military equipment to police. She said the energy around those topics could lead to substantial policy changes. “There’s something happening in this country right now that I’ve not seen in all my years of working on these issues,” she said.

She also hopes the momentum will carry beyond policing to criminal justice reforms. Prison Fellowship is pushing for proportionate sentencing, bail reform, and access to good legal counsel for those on trial.

On June 16, President Donald Trump signed an executive order calling for greater police transparency, more de-escalation training, and a program for social workers to help police interact with crime victims, people experiencing homelessness, and the mentally ill. John Malcolm, director of the Heritage Foundation’s Center for Legal and Judicial Studies, called the measures a step in the right direction. He noted more journalists have requested interviews with him lately and said the momentum for reform could produce results in areas where the Senate and House bills agree—officer training and better use-of-force policy. “I think that there is a recognition that some police reform is very much called for, and I think it’s going to happen,” he said.

But a spike in interest doesn’t always equal good legislation.

Petersen, the retired officer in Texas, said the president’s executive order already covers most of the law enforcement policy areas the federal government can influence. The most effective reforms will come as local departments change hiring and training practices and learn their communities’ priorities and expectations.

“That’s not as exciting as saying, ‘Let’s just defund the police,’” Petersen said. “No one wants to protest saying, ‘Hey, in 30 years, we’d like to have different policing.’”

High-profile pushes like the Minneapolis City Council’s resolution to transform its police department and New York City Mayor Bill de Blasio’s vow to cut police funding have snatched headlines. But the AP-NORC poll found most Americans oppose defunding police departments. Rafael Mangual, a legal policy expert at the Manhattan Institute, warned funding cuts that reduce police presence in vulnerable neighborhoods would lead to more crime: “I think a lot of people who are supporting these protests are doing so from a perch that does not allow them to see or understand life in a truly dangerous neighborhood.” 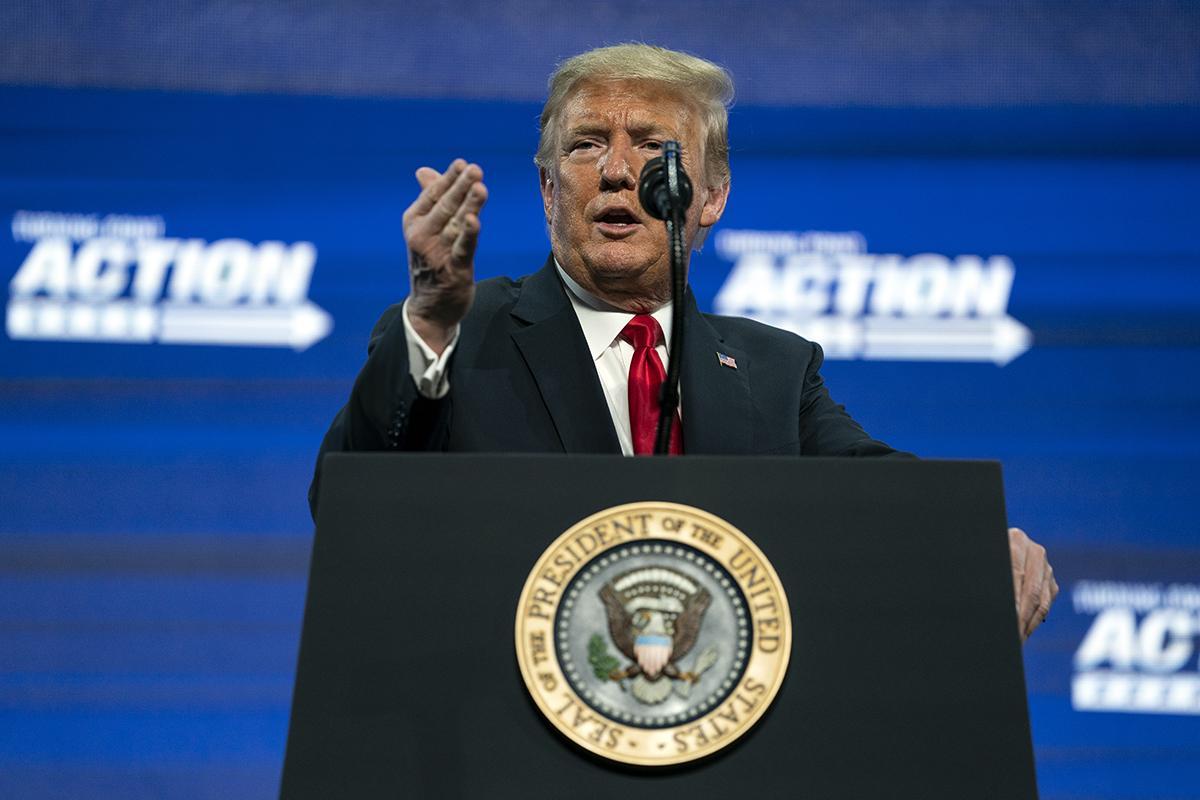 The Trump administration said this week it was further restricting immigration to preserve jobs for U.S. workers. On Monday, President Donald Trump announced extensions to earlier limits on immigrant visas. Back in April, the administration suspended the issuance of green cards to those outside the United States for 60 days. Trump pushed the timeframe of the restriction to the end of the year. Officials will reevaluate and possibly renew the restrictions at that time.

The United States is also placing a hold on issuing certain nonimmigrant visas to people living outside of the country.

“Under ordinary circumstances, properly administered temporary worker programs can provide benefits to the economy,” he said, but under the circumstances, foreign workers “pose an unusual threat to the employment of American workers.”

The hold applies to H-1B, H-2B, J, and L visas. That list includes visas for specialty workers—often employed in the tech field—nonagricultural workers like landscapers, work and school exchange programs, and in-company transfers to the United States. The rules make exceptions for certain healthcare workers who would fight COVID-19, as well as those coming to work in the strapped U.S. food supply chain.

Asylum regulations are also getting stricter. The federal government published a rule on Monday saying U.S. Citizenship and Immigration Services will no longer have to abide by a 30-day deadline to process work authorization requests from people seeking asylum, beginning in late August. Citing a spike in claims, USCIS described the deadline as burdensome and said removing the time limit would allow officials more flexibility to vet entrants. A separate rule, set for publication on Friday, tightens requirements for asylum seekers to get work permits. —Rachel Lynn Aldrich 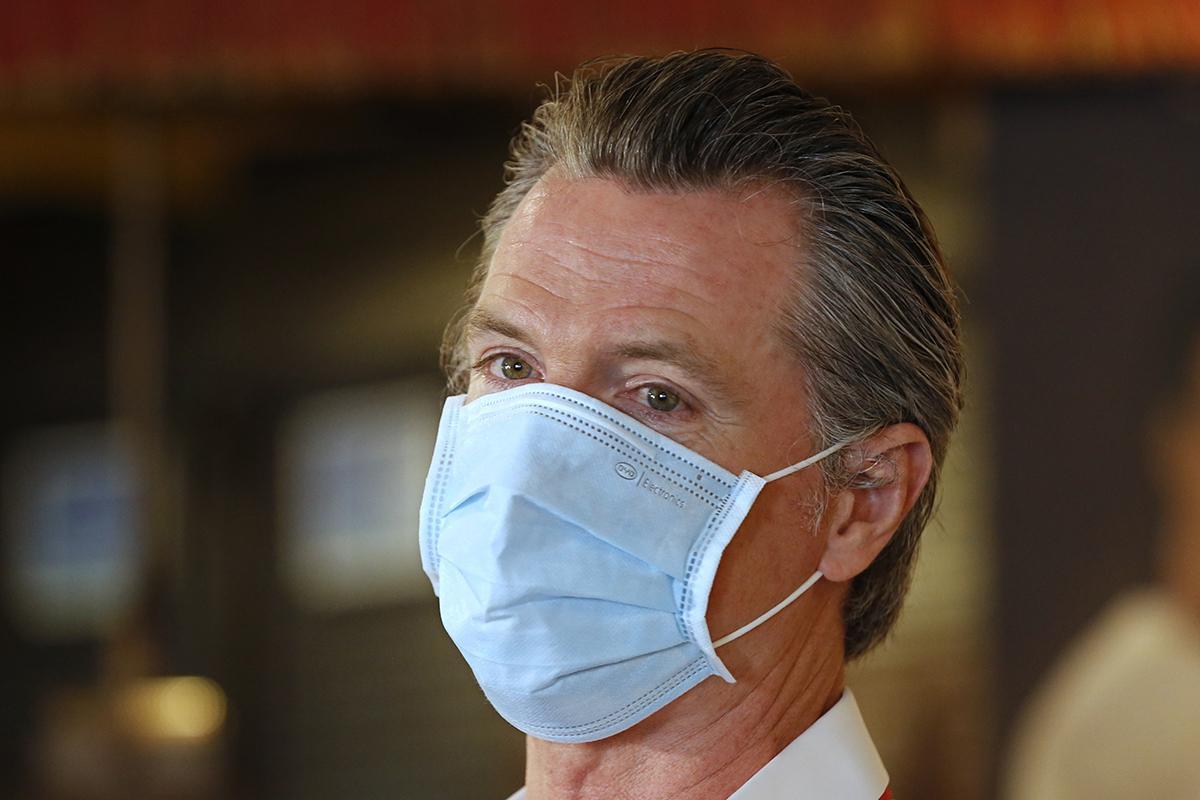 California officials are considering changes to the state foster care system to help vulnerable youth who become adults during the coronavirus pandemic. A bill introduced in the state Senate would allow more foster youth to stay in care until they turned 21. If passed, the law would also keep many who turn 21 this year in state custody through June of next year. Gov. Gavin Newsom already signed an executive order to relax or suspend some foster care regulations. It allowed foster youth who were scheduled to “age out” at 21 to stay under state care until the end of this month.

“If at least their minimum needs can be covered, maybe they can keep a leg up in higher education, maybe they can hold on until the economy returns,” Amy Lemley, executive director of the San Francisco–based John Burton Advocates for Youth, told The Mercury News. —R.L.A.

Several economists believe stimulus checks sent out by the federal government kept many people from sliding into poverty during the coronavirus pandemic.

In research they plan to present on Thursday, James Sullivan of the University of Notre Dame and Bruce Meyer and Jeehoon Han of the University of Chicago found the estimated U.S. monthly poverty rate fell 2.3 percentage points between January and May despite the pandemic-related shutdowns and subsequent job losses. The researchers said the stimulus checks everyone received in April and May explained the decline.