Women use their mobile phones to record video during a meeting with French President Emmanuel Macron in N'Djamena, Chad, in December 2018. Getty Images/Photo by Ludovic Marin/AFP (file)

The Central African country of Chad last week marked one year of an ongoing social media blackout, the longest yet on the continent. The absence of sufficient international pressure likely will allow the shutdown to persist.

Major telecom companies Tigo and Airtel last year confirmed they blocked access to sites like Facebook, Twitter, and Viber following an order by the government of President Idriss Deby. Digital activists first reported the shutdown on Thursday. The same month, the Chadian government approved constitutional changes that allow the 66-year-old leader to remain in power until 2033. Deby has ruled the country since 1990.

Deby’s government persistently cracks down on any expressions of dissatisfaction with politics or the economy in the country. In 2016, after a controversial electoral victory, the government similarly shut down the internet for eight months.

Some Chadians are pushing back. In August, a group of lawyers lost their case against the telecommunication companies. They also lost an appeal last month after a Chadian court backed the shutdown for “security reasons.” On March 12, the Africa Freedom of Expression Exchange sent a letter signed by 80 international groups urging the African Union and the United Nations to take action against the social media ban.

Other African governments have engaged in digital blackouts to repress criticism. Cameroon intermittently blocked internet access for 230 days in 2017 and 2018 amid separatist unrest in the country’s English-speaking region. The Democratic Republic of Congo and Zimbabwe took similar measures.

“In the absence of a clear framework governing the right to internet access, African governments will maintain their responsibility to protect the public order or to curb ‘fake news,’” explained EXX Africa, a business risk intelligence group.

Some Chadians have succeeded in using virtual private networks to bypass the shutdown. But Salim Azim, co-founder of the tech group WenakLabs in the Chadian capital of N’Djamena, told Quartz that business owners who use WhatsApp and other online platforms to market and sell their goods are especially struggling with the blackout.

“We don’t need a country that’s stuck in the past,” he said. “We need a developed country, and we need the government to solve this issue.”

But the Chadian government will not bend without international pressure, Samuel Woodhams, a researcher at the digital rights group Top10VPN, wrote for the site African Arguments: “One year in, the government has shown few signs of backing down and—amid silence from its Western partners—continues to curb its citizens’ ability to communicate with one another, voice their criticisms, and connect with the outside world.” 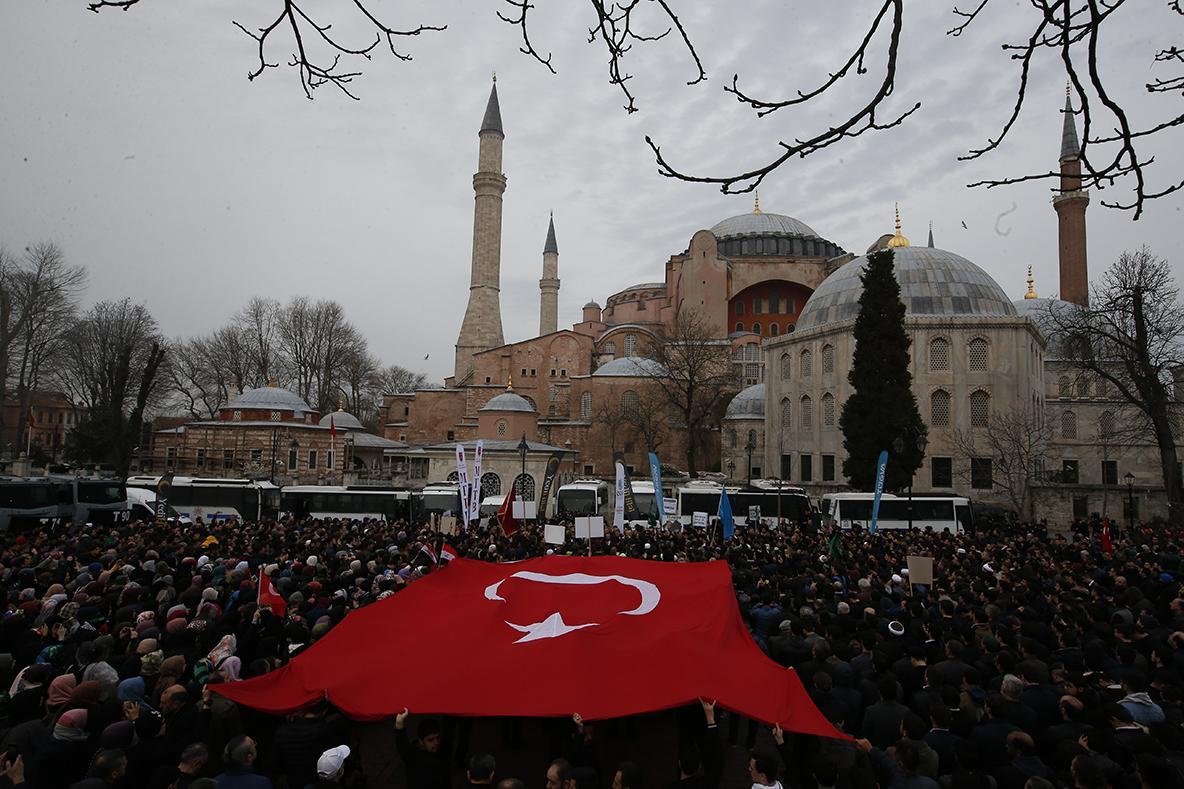 The U.S. Commission on International Religious Freedom said the move illustrates how religious freedom, democracy, and human rights are deteriorating in Turkey, where Islam is the dominant religion. “President Erdogan’s comments are needlessly provocative and hurtful to Turkey’s minority religious communities,” the commission said in a statement.

Hagia Sophia was built as a Greek Orthodox church in A.D. 537, but the Ottomans converted it to a mosque in 1453. The UNESCO World Heritage Site became a museum in 1935.

“If the Hagia Sofia is a museum, it will remain as one,” Kilicdaroglu said. “If it is a mosque, it will also remain as one. There is no point in stirring things. If [Erdogan] is using it as a tool for the elections, it means that his rule is drawing to a close.”

Erdogan’s Islamist Justice and Development Party won a majority of votes in the municipal elections but lost key mayoral contests in Ankara and Izmir and is appealing a tight loss in Istanbul. —Julia A. Seymour 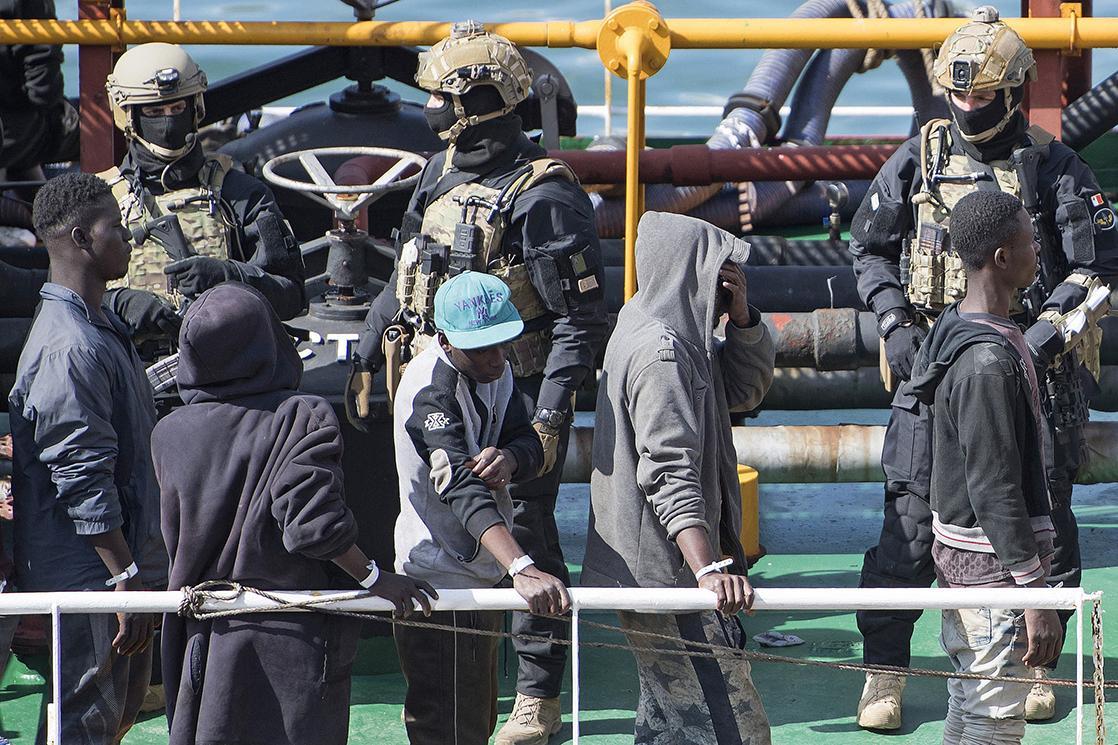 Maltese authorities last week regained control of a ship and charged three teenage migrants with hijacking the vessel after its crew rescued them at sea.

The Turkish El Hiblu 1 oil tanker rescued more than 100 migrants who set out from war-torn Libya on the Mediterranean Sea. Some of the migrants seized control of the vessel and forced the crew to change course for Europe as they headed for Tripoli, the Libyan capital. Libya remains a human trafficking hub, and migrants report inhumane conditions at detention centers there.

On Thursday, a Maltese special operations team boarded the boat as it approached the country’s waters, the Armed Forces of Malta said in a statement. The tanker docked at the port of Valletta, and responding officials arrested the suspects, who were from Guinea and Ivory Coast. They are charged with seizing control of a merchant ship and using force and intimidation.

Italian Interior Minister Matteo Salvini described the incident as “the first act of piracy on the high seas with migrants.” Sea-Watch, a humanitarian rescue group, argued the migrants acted in self-defense. “The act of returning survivors to a place where they face a well-founded fear of persecution is illegal,” the group said. —O.O. 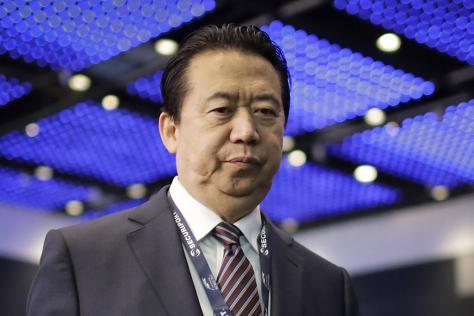 The Communist Party’s Central Commission for Discipline Inspection accused Meng of taking bribes and hurting the image of the party. The commission said he refused to comply with the party’s decisions and “wantonly and lavishly spent state funds to satisfy his family’s luxurious lifestyle.”

The statement followed Chinese President Xi Jinping’s return from a state visit to France, where he met with President Emmanuel Macron. The party’s corruption crackdown has mostly focused on people who question the party’s leadership or those it considers disloyal. Meng’s wife, Grace, called the accusations uncorroborated. She remains in France with their two sons. —O.O. 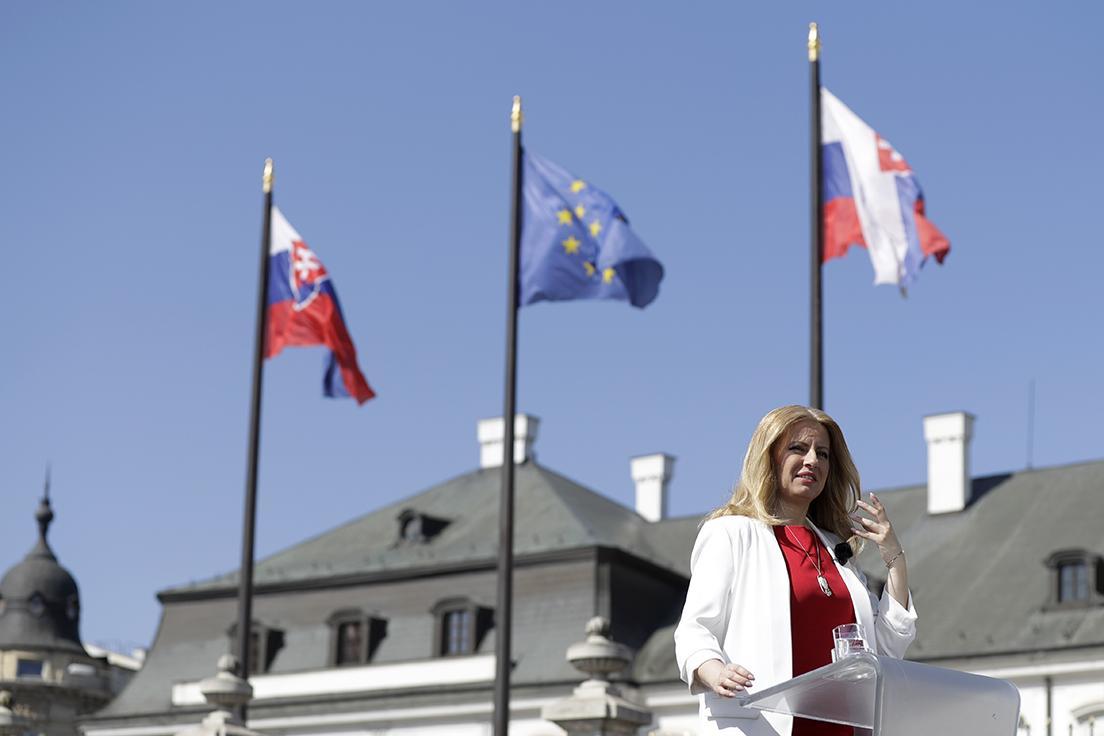 Politics around the world

Slovakian voters elected Zuzana Caputova, a 45-year-old political outsider, as the country’s first female president on Saturday. Caputova notably led a nonaggressive campaign that called for political reform and tackling corruption. The liberal candidate’s victory comes amid a wave of populism sweeping across Europe. In Ukraine, Volodymyr Zelensky, a television comedian with no political experience, won the presidential poll in the first round of voting. He garnered support by offering an alternative to the political establishment riddled with corruption. Without a clear majority, Zelensky and incumbent President Petro Poroshenko will face each other in a runoff on April 21. The right-wing Coalition Avenir Quebec party last week proposed legislation to ban public employees in the Canadian province of Quebec from wearing religious symbols. The ban would include headscarves, crucifixes, and yarmulkes. Jewish advocacy groups and a teachers union criticized the bill as “a divisive and an unnecessary piece of legislation that can only lead to societal discrimination.” —O.O.