In October 2016, the couple—known only by their initials in court documents—applied to adopt with Alberta’s Child and Family Services. They had struggled with infertility and were interested in adopting a hard-to-place older child or sibling group. Their case was assigned to Catholic Social Services in Edmonton, Alberta, which completed psychological and financial evaluations and prepared a home study report.

During the home study, the social worker who managed their case asked them about their beliefs regarding homosexuality. The couple said they held Biblical views on marriage and sexuality but would unconditionally love and respect a child questioning his or her sexuality or gender. The social worker noted their answers in her report and otherwise enthusiastically recommended to Child and Family Services the applicants be approved for adoption.

But in March, Catholic Social Services told the couple that Child and Family Services had additional questions for them about homosexuality based on their answers during the home study.

“Biblical principles are the foundation of our home,” wrote the couple in reply to the social worker, according to an affidavit submitted to the court. “As such we believe that homosexuality is wrong. … Gender and sexuality are determined at birth, and God has given parameters for people to enjoy the gift of sex—within the confines of marriage between a man and a woman.”

But the couple noted that they would love and accept a child placed in their home, regardless of his or her sexuality, and, “Ultimately, a parent’s love is not, and should not be, given based on the decisions or actions of a child. It’s unconditional and filled with grace and mercy.”

A few days later, Catholic Social Services reversed its recommendation for approval, stating that the couple wouldn’t be able to help a child with “sexual identity issues.” When they met with the staff to understand the decision further, the issue became clear: “If we did not change our religious beliefs regarding sexuality, to conform to the beliefs of Child and Family Services, we would not be approved for adoption,” said the woman in the affidavit.

The couple attempted to appeal to no avail. In May, Child and Family Services officially denied their application, saying their beliefs about gender and sexuality were a rejection of LGBT children and differed from the “official position of the Alberta government.”

The couple, represented by the Justice Centre for Constitutional Freedoms, filed suit Nov. 1.

“If left to stand, this decision would have grave consequences for the freedoms of all Canadians, not to mention adverse consequences for the many children who will never be adopted if the government continues with this discrimination,” Justice Centre president John Carpay said in a statement.

Catholic organizations have raised concerns about Catholic Social Services and its handling of the case considering the church’s teaching on homosexuality. Homosexual acts are “intrinsically disordered,” and “under no circumstances can they be approved,” according to the Catechism of the Catholic Church. Catholic Social Services told LifeSite News: “We are currently working with Child and Family Services to address the concerns that have been raised.”

But the larger issue in this case is the acknowledgement of a state-sanctioned dogma of sexuality and gender, said Albert Mohler, president of The Southern Baptist Theological Seminary and a WORLD board member.

The case shows that Alberta “now has what amounts to an official doctrine when it comes to sexuality issues, especially homosexuality and same-sex marriage,” said Mohler in his podcast The Briefing on Wednesday. Despite the fact that this couple’s beliefs mirror what Biblical Christianity has taught for over two millennia and what the country of Canada held to be morally mandated until very recently, convictional Christians are now being identified as “heretics of the new official state religion,” Mohler said, adding, “This is a church that is ardently hunting down heretics.”

A hearing date for the case will likely be set in 2018. 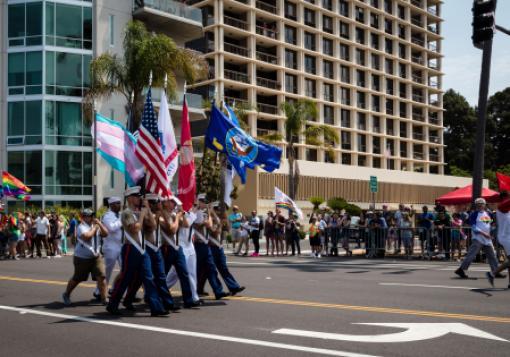 Members of the military in an LGBT pride parade in July in San Diego iStock.com/Georgejason

The Pentagon paid for a sex change surgery for a transgender military member this week.

The head of the Defense Health Agency signed a waiver for the surgery on Monday, and it took place on Tuesday, according to Defense Department spokeswoman Dana White. She said the surgery was approved because the service member had already begun a “sex-reassignment course of treatment,” and so the surgery was deemed medically necessary. The surgery was done in a private hospital and paid for by the military’s health coverage.

The announcement came weeks after a federal judge in Washington halted a ban signed in August by President Donald Trump on transgender people enlisting in the military. At the time, Trump also directed Defense Secretary Jim Mattis to stop taxpayer-funded sex change surgeries except in cases where it was necessary to protect the health of an individual who had already begun treatment. U.S. District Judge Colleen Kollar-Kotelly, who issued the preliminary injunction in October, said she did not have jurisdiction to rule on the issue of taxpayer-funded sex change surgeries because the plaintiffs did not establish they would be impacted by that prohibition.

Eight transgender individuals, both active-duty military members and military academy students, sued the administration in August. Their suit is still pending, though Kollar-Kotelly said in her decision that they are likely to win. The Trump administration has not said if it will appeal the injunction.

“At a time when growing foreign threats are stretching our military’s resources, our priority should be on maintaining military readiness and directing taxpayer funds towards mission-critical purposes,” Heritage Foundation analysts Tom Spoehr, Emilie Kao, and Ryan T Anderson wrote. “Respecting the dignity of all people does not mean subjecting taxpayers to the tremendous medical costs of sex reassignment and allowing the enlistment of individuals whose resilience to the rigors of combat is uncertain.” —K.C. 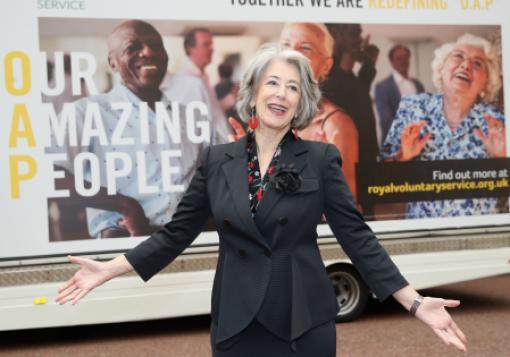 Members of the military in an LGBT pride parade in July in San Diego iStock.com/Georgejason

Extra sweets with a dose of morality

A health study published this week had a cold conclusion: Grandparents have an adverse effect on their grandchildrens’ cancer risks. The review of previous studies, published in the online journal PLOS One, found grandparents are inclined to treat and overfeed children and have overall negative effects on their diet, weight, and physical activity.

So what? asked British actress and grandmother Maureen Lipman in a BBC article.

“The grandparents’ job is kind of to be in cahoots with the grandchildren against the parents,” said Lipman, who noted she gives her granddaughters ice cream and jelly and called the job of a grandmother “just pure pleasure.”

The study also acknowledged, though, the overwhelming benefits that grandparents provide, both social and emotional. Grandparents often model Biblical morals and values in ways parents do not.

“Grandparents teach young people social morality and give them a sense of right and wrong, a set of absolutes upon which they can build their lives,” write Jerry and Judy Schreur, authors of the book Creative Grandparenting, in an article for Focus on the Family. They noted kids need to see men whose “delight is in the law of the Lord” (Psalm 1:2) and women who “fear the Lord” (Proverbs 31:30). “In this day of relative truth, grandchildren need models of truth and Biblical morality, models that don’t change with the times. They need to see integrity consistently displayed,” the Schreurs wrote. —K.C.

All aboard the politically correct train

New York City’s Metro Transportation Authority (MTA) is following in the steps of other transportation services and bowing to activists who are intent on removing binary gender references from modern language. Starting this month, the MTA no longer allows announcers or conductors to address passengers as “ladies and gentlemen.” A memo sent in early November directed staff to use words like “passengers,” “riders,” or “everyone.” In July, Transport for London announced it had scrapped “ladies and gentlemen” in favor of gender-neutral language to make everyone feel welcome. Thankfully, some still see the absurd in this situation. The New York Post published an article on the change titled, “MTA takes political correctness to ridiculous heights.” —K.C.