The verdicts are coming due for two California court cases aimed at punishing pro-life activists David Daleiden and Sandra Merritt for exposing Planned Parenthood’s illegal selling of the body parts of aborted babies.

In a federal civil trial that concludes Tuesday, a jury will decide whether Planned Parenthood can collect millions of dollars from Daleiden, Merritt, and others associated with Daleiden’s organization, The Center for Medical Progress (CMP). The case charges the activists with committing fraud, breaking confidentiality agreements, and unlawfully recording conversations at National Abortion Federation (NAF) trade shows in 2014 and 2015.

In a separate case, San Francisco County Superior Court Judge Christopher Hite is expected to decide next week whether Daleiden and Merritt are guilty of 15 felony counts each for recording without their consent abortionists and others involved in buying and selling fetal tissue. That trial, initiated by former California Attorney General and current Democratic presidential candidate Kamala Harris and continued by current state Attorney General Xavier Becerra, who is also a Democrat, concluded last month.

“The stakes are big for David and his team,” said Tom Brejcha, an attorney with the Thomas More Society, a legal firm representing Daleiden and Merritt. “They are huge for the pro-life movement.”

In 2015, CMP released videos based on Daleiden and Merritt’s 30-month investigation. The two posed as representatives of a tissue procurement company that buys organs and tissue of aborted babies for scientific research and captured Planned Parenthood executives on camera candidly describing how they priced body parts and altered abortion procedures to procure the best possible specimens.

But pro-abortion advocates and politicians have barraged Daleiden, Merritt, and CMP with litigation ever since. If found guilty, they face steep fines and up to 10 years in prison, Brejcha said. He noted that neither Planned Parenthood nor the NAF has sued for libel or defamation, which disproves claims from pro-abortion advocates that the videos were doctored, edited, and contained false information.

In both trials, the defense has argued that Daleiden and Merritt’s undercover work falls under California’s two-party consent law on recorded conversations, which includes exceptions for collecting evidence of a violent crime and recording in a public place.

During the civil case, U.S. District Judge William Orrick, who has known ties to Planned Parenthood, barred the jury from seeing nearly all of CMP’s videos, even though many of them proved conversations took place in public settings. Orrick also repeatedly cut off the defense’s line of questioning when it implicated Planned Parenthood’s history of selling tissue from aborted babies, calling it “a matter of dispute between the parties in the world outside this courtroom.”

Both trials have included shocking testimony from witnesses, including an abortionist who testified that Planned Parenthood’s abortion procedures and methods amounted to feticide and an executive at a company that wholesales aborted baby parts admitting it had ties to Planned Parenthood and discussed “pricing” at NAF conferences. A procurement manager at that same company confirmed she receives “intact fetuses” from Planned Parenthood.

“These cases are all about getting the truth out. … The public has been propagandized,” Brejcha said. “Now, they’ve reached a climax.” 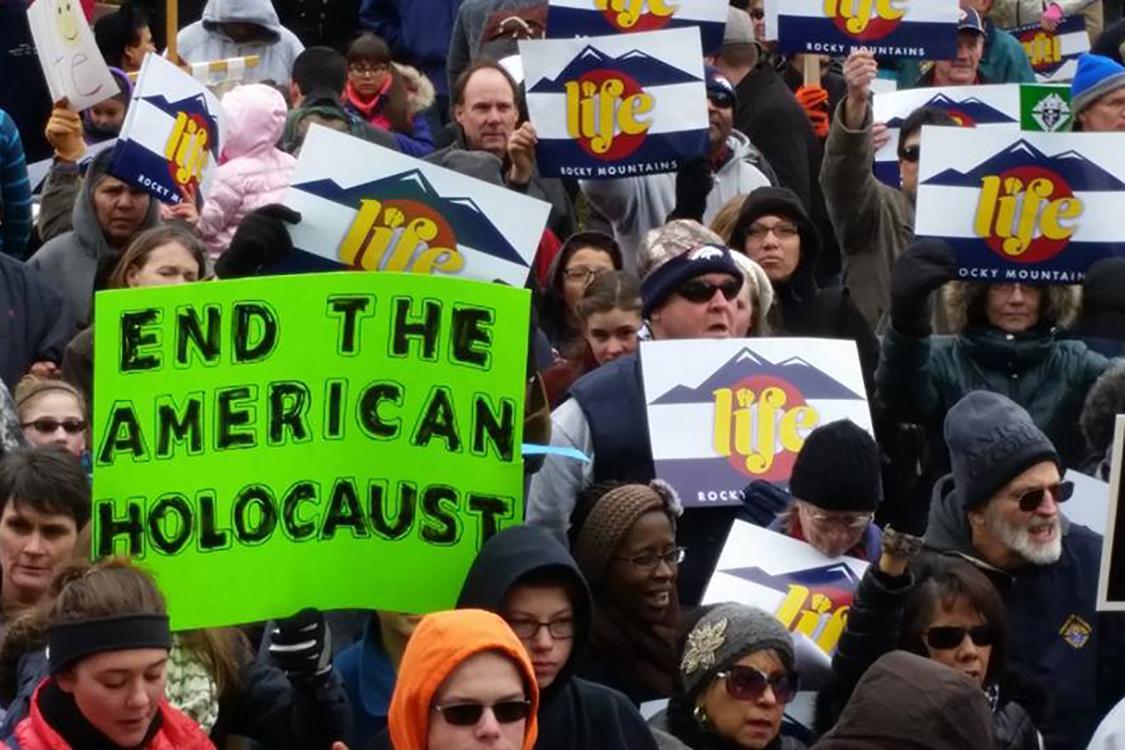 Colorado is one of seven states that allows abortion at any stage of pregnancy, but pro-life advocates hope to change that next year. A group called Due Date Too Late is collecting signatures to put an initiative on the state’s ballot next year to protect unborn babies after 22-weeks of gestation. The group needs nearly 125,000 signatures by March 2020.

Under the measure, known as Initiative 120, the state would fine abortionists up to $5,000 for violations and suspend their medical licenses for three years. An exception is allowed when the mother’s life is in danger. Women who receive an abortion after 22 weeks would face no penalty.

Giuliana Day, a co-sponsor of the initiative, hopes to convince Colorado voters that unborn babies at 20 to 22 weeks feel pain and often survive outside the womb.

Nationwide, only 28 percent of Americans support abortion during the second trimester (weeks 13 through 28), and that number drops to 13 percent in the third trimester, according to a Gallup poll.

“It’s time for us to have this conversation,” Day said. “It goes to the heart of our society. This cuts across any political spectrum. This is not about the right or left, it’s about a moral issue.” —M.J. 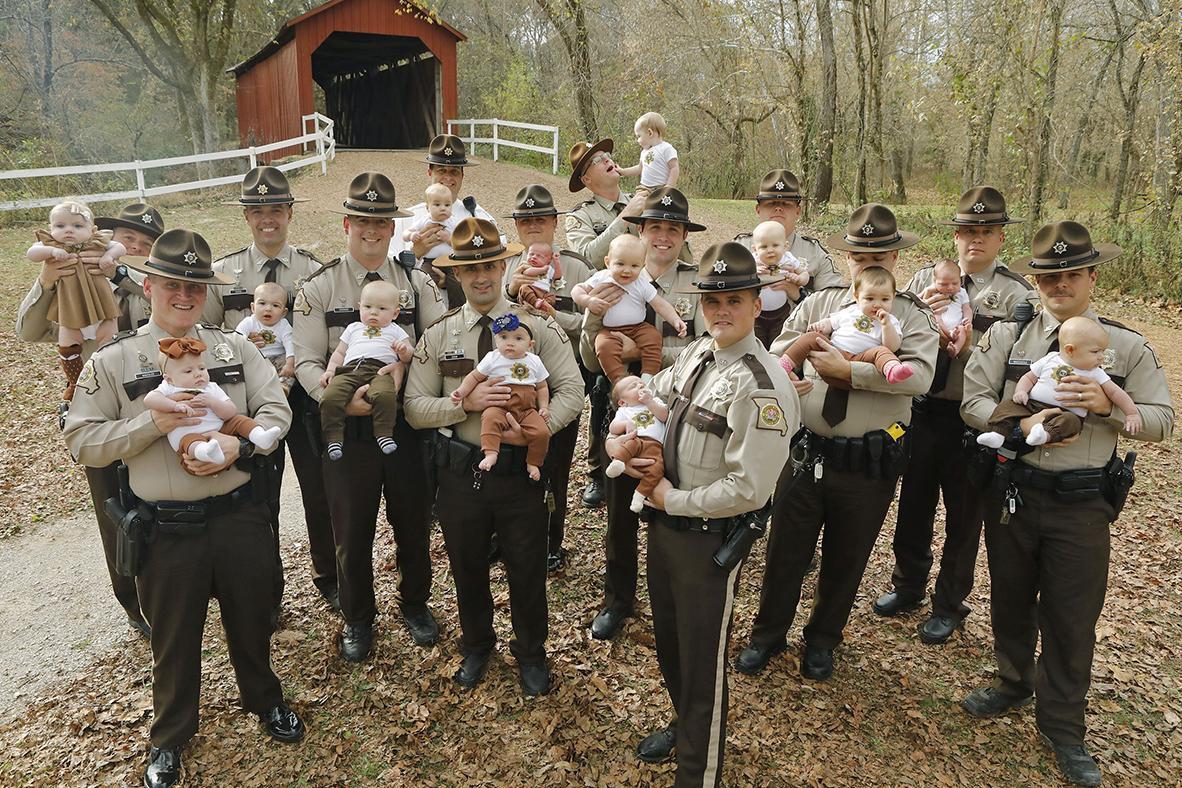 A Missouri sheriff’s department has seen the number of deputy dads proliferate, with 17 law enforcement officers’ wives having babies this year. Fourteen of the 17 officers from Jefferson County gathered last week to take photos with their babies dressed in matching white onesies and brown pants. “It’s important that we support our families,” Sheriff Dave Marshak said. “For us, this is good.”

Some of the officers have jokingly attributed the baby boom to last year’s passage of Prop P, which raised salaries at the sheriff’s department. “I think it’s more than a coincidence,” said Sgt. Matt Moore, who had a daughter, Luca, this year. “It certainly gives you a lot more flexibility in starting a family if you’ve got more income. Kids aren’t getting any cheaper these days.” —M.J.

A South Carolina bill protecting unborn babies with detectable heartbeats from abortion is headed for the Senate floor and probably faces a 2020 election-year fight. The Senate Medical Affairs Committee voted 9-6 last week to approve the “Fetal Heartbeat Protection from Abortion Act,” which protects an unborn child after cardiac activity is detected, usually about six weeks after conception. Before the vote, the committee restored exceptions for rape or incest and when the mother’s life is in danger. If passed, South Carolina will join states like Louisiana, Georgia, Kentucky, Mississippi, and Ohio, where similar laws remain tied up in court. —M.J.