The California Board of Registered Nursing has given a green light—for the third time—to a class teaching nurses how to reverse drug-induced abortions.

The board’s decision, coming just months after it decided to cut the class, surprised leaders of Heartbeat International, the Ohio-based nonprofit organization that offers the continuing education credit.

“We thought it would be more paperwork involved and more of a protracted process,” Heartbeat spokesman Jay Hobbs told me. “In the end, really what we saw was them … conceding that this is a science-based approach to medicine, that there’s just no good grounds to stop nurses from learning about that.”

The abortion pill reversal process, developed by Drs. Matthew Harrison and George Delgado, uses injections of progesterone to counteract the effect of mifepristone, the first of a drug duo used in chemical abortions. Mifepristone blocks the pregnancy-sustaining hormone progesterone, ending the baby’s life. The second drug, misoprostol, induces contractions that expel the baby.

After taking the first drug, more than 400 women have called the Abortion Pill Reversal hotline and successfully saved their babies’ lives, according to Heartbeat.

The pro-life organization offers 33 other continuing education credits for nurses and received approval from California officials in 2012 for the course on abortion pill reversal. Bad press in 2016 from a pro-abortion website initiated a 17-month audit of Heartbeat International that ended with the state reiterating its confirmation of the class in July. But in September, California reversed its decision, demanding Heartbeat stop offering the course.

In its December letter to Heartbeat announcing the latest decision, the board didn’t cite a reason for the about-face but simply said it “has restored your organization’s ability to offer continuing education courses in abortion pill reversal to registered nurses in California.”

Hobbs called the decision great news for moms who change their minds about having an abortion soon after taking the first abortion pill.

“There are actual babies that are toddling around or [were] being held by moms this Christmas because of that process,” he said. “We really are just thankful to have more of a platform to save lives.” 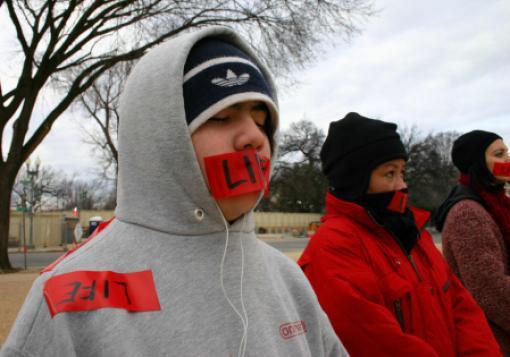 The Thomas More Society, a pro-life legal group, has appealed an Illinois judge’s decision not to block a law allocating tax dollars to pay for abortions.

The law, signed earlier this year by Republican Gov. Bruce Rauner, would put Illinois taxpayers on the hook for abortions for state employees and Medicaid recipients. The Thomas More Society filed suit last month on behalf of 10 pro-life groups, eight state legislators, and the Roman Catholic Diocese of Springfield in Illinois, calling the law a negligent use of tax dollars. 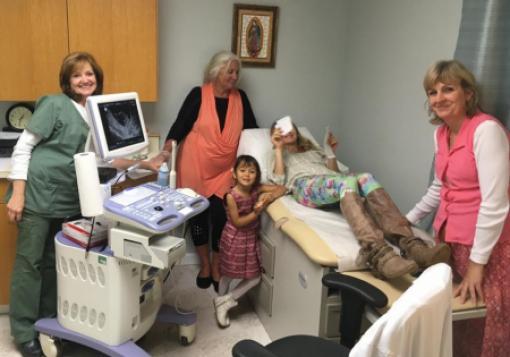 Last month, Hartford, Conn., passed a new rule that will force the city’s pro-life pregnancy center to post signs saying it is a non-medical facility.

Hartford Women’s Center staffs two nurses and a family physician and offers ultrasounds to women seeking abortions. If the clinic doesn’t comply with the city ordinance, it faces a fine of $100 per day. The rule is set to go into effect July 1.

Meanwhile, the U.S. Supreme Court has agreed to hear a California case that will determine whether or not the government can mandate speech from pro-life pregnancy centers. That upcoming decision may decide the future of city ordinances like Hartford’s. —S.G.

Another recent study, published in the Journal of American Physicians and Surgeons, showed women who had abortions experienced “regret, shame, guilt, depression, anxiety, compromised self-appraisals, and self-destructive behaviors.” The researchers used data gathered from 987 participants in a survey of women who reached out to pregnancy centers after having an abortion. —S.G.

Pennsylvania Gov. Tom Wolf, a Democrat, held true to his promise to veto a dismemberment abortion ban last month, calling the bill “an attack on women.” The bill would have banned abortions after 20 weeks gestation, as well as abortions by dismemberment. Greg Manz, spokesman for the state’s Republican Party, called Wolf a “puppet of Planned Parenthood.” —S.G.

Federal investigators found four bodies of unborn babies thought to be in their second trimester in a former human tissue seller’s warehouse in Detroit, according to photos released by Reuters last month. Arthur Rathburn, who already faces charges of selling customers human tissue from the deceased, kept the dead babies submerged in a brown liquid in his warehouse. Investigators found the bodies during a raid in 2013. Buying and selling fetal tissue is banned under federal law, and it’s not clear how or where Rathburn procured his illegal specimens. —S.G.