In the latest issue of WORLD Magazine, four graduates of our 2017 World Journalism Institute college class report on a growing trend in the U.S. funeral business: cremations outnumbering burials. But is cremation Biblical? What follows, courtesy of desiringGod.org, is the best article I’ve read on the topic. In it, pastor and author John Piper emphasizes “the preciousness of the human body as God’s purchase and possession, now and forever, and the dreadfulness of fire as it relates to the human body, espe­cially after death.” As for the financial hardship families face when burying a loved one, Piper proposes that “Christian churches be willing to help families financially with simple, Christ-exalting funerals and burials, so that no Christian is drawn to cremation because it’s cheaper.” —Marvin Olasky

Should Christians cremate their loved ones?

My proposal in this article is that Christian churches be willing to help families financially with simple, Christ-exalting funerals and burials, so that no Christian is drawn to cremation because it’s cheaper. I’m not thinking mainly of a line item in the budget, but of a segregated compassion-fund that church members may give to regularly or as the need arises. Grieving families could quietly approach the overseer of that fund and make it known that they have a need, and all could be handled quietly and carefully between the family and the funeral home.

At the same time, I do believe that pastors should discourage expensive funerals. In a Bible-saturated, counter-cultural church, made up of kingdom-minded sojourners and exiles (1 Peter 2:11), no one should be pressured into the mindset that the more expensive the coffin, the more loved the deceased. Pastors should lead the way in cultivating a church ethos where expensive funerals (and weddings!) are not the norm. God-centered, gospel-rooted, Christ-exalting simplicity should be the norm.

How many evangelicals would choose cremation if it cost as much or more than a simple, traditional service of burial? Very few. There has been a skyrocketing preference for cremation over the past decades in the United States (1960—3.5 percent, 1999—24.8 percent, 2014—46.7 percent, in some states it is over 75 percent). There are various causes, but the greatest, by far, is the combination of secularization and economics. Fewer people test the practice with Biblical criteria, and more people want the cheapest solution.

So my aim here is to touch on both of those causes. First, I am proposing that churches cultivate a Christian counter-culture where people expect simple, less expensive funerals, and where we all pitch in so that every church member can afford such a funeral. Second, I want to give Biblical pointers for why burial is preferable to cremation. I say preferable, not commanded, in the hope that the culture created would not condemn or ostracize a person who chose differently. I encourage those who choose cremation not to equate our disapproval with ostracism. Otherwise, real disagreements are not possible among friends.

God-centered, gospel-rooted, Christ-exalting simplicity should be the norm.

The dignity of the human body

First, Biblical faith, unlike Greek religion, does not view the body as the prison of the soul. So the afterlife has never been viewed as the “immortality of the soul” finally liberated from its physical prison. Rather, Christianity has always viewed the body as essential to full humanity so that the life to come has primarily been seen as the resurrection of the body in glorious eternal life. Paul did not consider the intermediate bodiless state, between death and resurrection, as ideal (2 Corinthians 5:4).

The greatest thing that can be said about the human body is that the eternal Son of God was incarnate in a human body and will have one forever. He “became flesh and dwelt among us, and we have seen his glory, glory as of the only Son from the Father” (John 1:14). Today in heaven, Jesus has the body He had on earth, glorified. When He comes He will “transform our lowly body to be like his glorious body, by the power that enables him even to subject all things to himself” (Philippians 3:21). This was an immeasurable elevation in history of the dignity and glory of the human body. 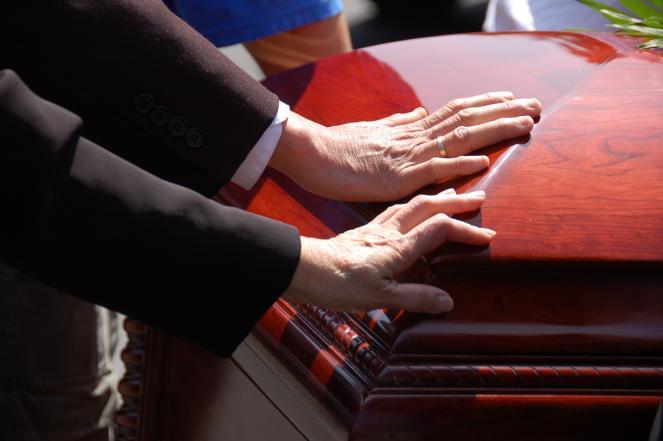 In this life, Paul says, “The body is … for the Lord, and the Lord for the body” (1 Corinthians 6:13). He goes on to say even more amazing things about the body:

“Do you not know that your body is a temple of the Holy Spirit within you, whom you have from God? You are not your own, for you were bought with a price. So glorify God in your body” (1 Corinthians 6:19–20).

Note four stunning facts: 1) Our bodies are the temple of the Holy Spirit. 2) Christ died to purchase us, including the purchase of our bodies, for Himself. 3) Therefore our bodies do not belong to us to use as we please, but rather as He pleases. 4) Therefore, we should use our bodies to put the glory of God on display.

Paul said he hoped to magnify Christ “in my body, whether by life or by death” (Philippians 1:20). Glorifying God is what the body is for—in life and in death.

This blood-bought, God-owned temple of the Spirit is not destined for final destruction, but for resurrection glory. It is precisely the continuity between the Spirit-indwelt body now and the Spirit work at the last day, which guarantees our resurrection:

The body will never be discarded. It has been bought by the blood of Jesus!

The body will never be discarded. It has been bought by the blood of Jesus!

A symbol for sowing and sleeping

All of this leads to a view of burial controlled by symbols that are true to the glory of the human body. Paul’s understanding of burial is that this was a picture of being “sown” in the ground like a seed that will sprout with wildly superior beauty at the resurrection, when the graves are opened at the coming of Christ:

Burial—sowing the seed of the body—is the Biblical picture of belief in the resurrection of the body.

Christians also have seen burial as the laying to rest of the body as though it is sleeping, waiting for the waking of the resurrection:

“We who are alive, who are left until the coming of the Lord, will not precede those who have fallen asleep” (1 Thessalonians 4:15). “We shall not all sleep, but we shall all be changed” (1 Corinthians 15:51). Early “Christian gravesites were called coemeteria (cemeteries), which literally means ‘sleeping places,’ reflecting belief in a future resurrection” (Timothy George).

One of the reasons putting the body in the ground, as if in sleep, was important was that no one knew when the Lord Jesus would come back. Therefore, it was possible that the trumpet could sound not long after the burial, and the dead would be raised very much as if he had only taken a nap. 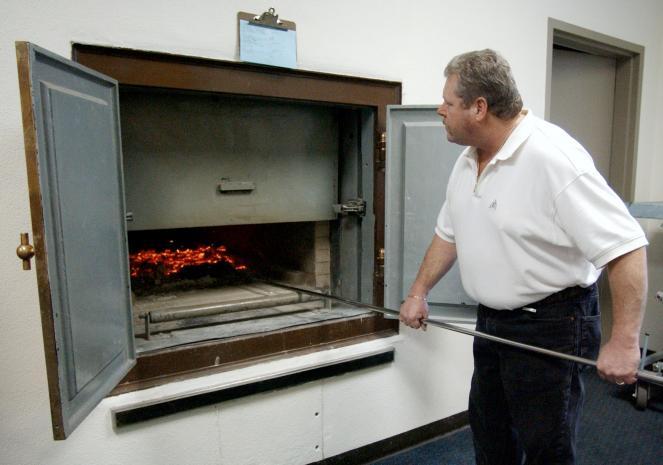 The dreadfulness of fire

The other focus of Scripture that leads away from burning toward burying (besides the importance of the human body) is the meaning of fire as it relates to the human body now and in the life to come.

The use of fire to consume the human body on earth was seen as a sign of contempt. It was not a glorious treatment of the body but a contemptuous one. This is the meaning of Achan’s cremation. He had betrayed Israel and so was not only stoned with his family, but deprived of an ordinary burial by being burned:

To be sure, fire is a great gift from God. It warms, and brightens, and guides, and cooks, and refines. But in relation to the human body, it is a dreadful thing. It wounds and tortures and kills and destroys.

This is most prominent in relation to the body after death. As a Christian who believes in the judgment of God after death (Hebrews 9:27), the last symbol we want to use, in connection with death, is fire! Hell (gehenna) is a place of fire (Matthew 5:22; James 3:6). This fire is meant to be felt by the body.

“It is better that you lose one of your members than that your whole body go into hell” (Matthew 5:30). “Fear him who can destroy both soul and body in hell” (Matthew 10:28). “Father Abraham, have mercy on me, and send Lazarus to dip the end of his finger in water and cool my tongue, for I am in anguish in this flame” (Luke 16:24).

In summary, then, the two Biblical focuses that point away from burning to burying are 1) the preciousness of the human body as God’s purchase and possession, now and forever, and 2) the dreadfulness of fire as it relates to the human body, especially after death.

In relation to the human body, fire is a dreadful thing.

Other reasons to bury

There are other reasons, besides these Biblical pointers, that should give us pause before we decide to burn our loved ones. (Using the word “burn” instead of “cremate” is like using the phrase “dismember babies” instead of “abort fetuses”—it prevents us from hiding reality.) For example:

Where Christians are a small minority, cremation is high. And where Christian influence is giving way to rapid secularization, cremation is rapidly increasing. “Almost everyone adhering to Hinduism, Sikhism, Buddhism, and Jainism cremate their dead. … Japan has one of the highest cremation rates in the world with the country reporting a cremation rate of 99.97% in 2014. … The cremation rate in the United Kingdom has been increasing steadily with the national average rate rising from 34.70% in 1960 to 75.44% in 2015. … [In Canada the cremation rate rose] from 5.89% in 1970 to 68.4% in 2009” (Wikipedia). (Note: The Japanese cities of Tokyo and Osaka have ordinances requiring cremation “due to lack of cemetery space or for sanitary reasons.” I doubt that those two arguments would be decisive if there were not other worldview issues at stake. God will give wisdom to Christians living under this added legal constraint.) “The first cremation in America took place in 1876, accompanied by readings from Charles Darwin and the Hindu scriptures. For many years, relatively few persons (mostly liberals and freethinkers) chose cremation” (George). The nature of the procedure of cremation makes dishonesty difficult to prevent and honesty hard to enforce. For example, how would you know if the crematorium actually cremates your loved one, rather than just disposing of the body? There have been scandals over this very issue. 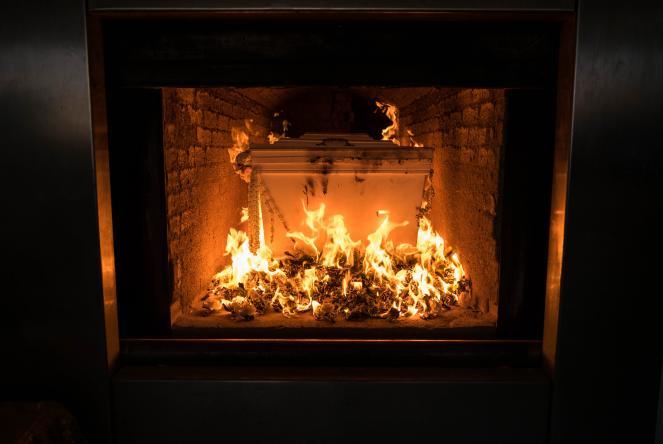 I am encouraging churches to cultivate a Christian counter-culture where people expect simple, less expensive funerals and burials, and where we all pitch in so that a Christian burial is not a financial hardship on anyone. And because of the Biblical pointers and the additional reasons above, I am arguing that God-centered, gospel-rooted burial is preferable to cremation. Preferable. Not commanded, but rich with Christian truth that will become a clearer and clearer witness as our society becomes less and less Christian.

This article originally appeared at desiringGod.org. Used with permission.

John contributes commentary and other pastoral reflections to WORLD. He is founder and teacher of desiringGod.org and chancellor of Bethlehem College and Seminary. John has authored more than 50 books, including Don't Waste Your Life. John resides in Minneapolis, Minn.