A 1982 photo of Richard Halvorson, one of the former Scouts suing the BSA, displayed at a news conference in Newark, N.J., on Tuesday Associated Press/Photo by Seth Wenig

The Boy Scouts of America (BSA) is struggling with what to do with thousands of records of potential child abusers and victims—more than anyone outside the organization previously knew existed. Jeff Anderson, a Minnesota-based attorney, released a court deposition last week claiming the BSA has records of thousands of abusers and victims dating back to the 1920s. Anderson wants the BSA to make the names public, but the organization is hesitant for legal and privacy reasons.

In a suit filed on behalf of a man in New York who claims he was abused by his troop leader, Anderson accuses the BSA of civil conspiracy for concealing so-called “ineligible volunteer files,” which internally track adult volunteers who pose a risk of child molestation. About 5,000 of these files have been made public in previous court action, but the extent of the list was not known until last week. Anderson released a court deposition in New York with testimony from Janet Warren, a University of Virginia psychiatry professor hired by the Boy Scouts to review the files, who said the files included 7,819 suspected abusers and 12,254 victims as of January 2019.

The BSA claims the system works: People in the files are reported to law enforcement, removed from Scouting programs, and prohibited from rejoining elsewhere. During a news conference last week, BSA leaders said there were five known victims of sexual abuse in 2015 out of about 2.2 million youth members. The Scouts require criminal background checks for all staff and volunteers and have policies requiring two or more adult leaders be present with youth at all times during activities. Chief Scout Executive Mike Surbaugh said the BSA is working with the Centers for Disease Control and Prevention and the National Center for Missing or Exploited Children to create a national registry in which it and other youth-serving organizations could pool information on confirmed or suspected predators.

But Anderson and others argue that is not enough.

“All the pledges and promises from the Boy Scouts of America fall short,” Anderson said in a statement released last week. “The reality is, they have to identify the names of thousands of offenders from their secret files. The Boy Scouts need to come clean and inform the communities who these people are, what they did, and where they are today. … Absent that, any effort, promise, pledge, practice is falling short of protecting kids.”

But the BSA has said releasing the names of people who have never been arrested or convicted would violate their civil liberties and right to due process. It would also be hard to decide who should go on a public list, something Catholic dioceses are realizing as many release similar information about priests accused of sexual abuse. What if an allegation was never confirmed? What if alleged abusers have died and can no longer defend themselves?

The suit comes as states across the country move to lengthen criminal and civil statutes of limitation—laws that bar individuals from prosecuting or filing claims in court after a set amount of time has lapsed—to allow more victims to come forward and bring abusers to justice. New York and Washington enacted laws earlier this year, similar bills are on the governors’ desks in New Jersey and Montana, and Pennsylvania and California are close behind.

The goal of statutes of limitation is to ensure a fair trial—people pass away, evidence can be compromised, and memories fade as time goes by. But advocacy groups like Child USA are lobbying states to expand the windows for filing abuse lawsuits and charges, and they are making headway in the wake of the #MeToo movement and the Catholic clergy sex abuse scandal. “I think we've reached a point where the public is finally 100 percent behind the victims, and nobody seems to be afraid anymore of the institutions,” Marci Hamilton, founder and CEO of Child USA, told NPR. She said this year has been the most active year in history for state-level statutes of limitation legislation.

And as laws change, victims are coming forward. One team of attorneys is using a television ad to recruit people who were abused in Scouting. The group said it has signed nearly 200 clients from dozens of states in the past few weeks.

It’s not clear how much the BSA has spent on abuse settlements to date because the records are confidential, but the cost is growing and could sink the organization. The BSA has suits pending against six of its own insurers, claiming the companies improperly refused to cover sex abuse liabilities. The insurers argue the Boy Scouts failed to take effective preventive measures, voiding the coverage obligations. The BSA in December said it was considering Chapter 11 bankruptcy. The scope would be unprecedented: Some Catholic Church dioceses have had to declare bankruptcy as they battle sex abuse litigation, but it has happened diocese by diocese. 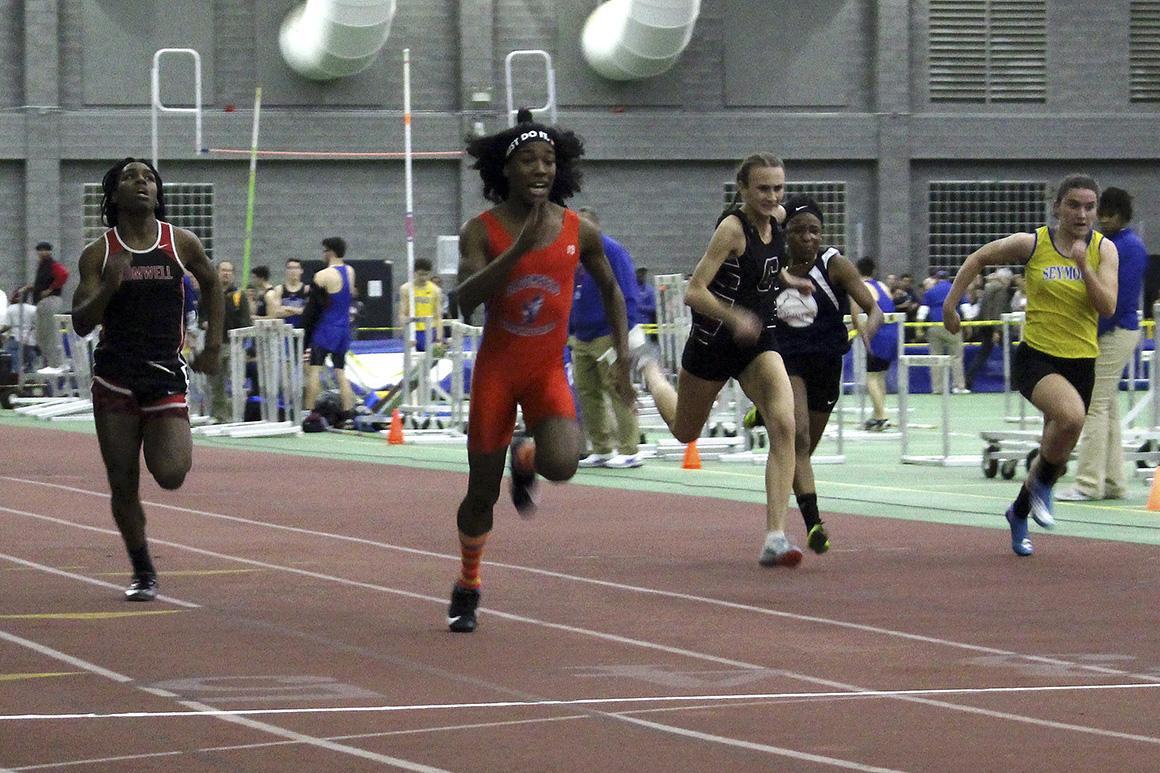 The Connecticut Sports Writers’ Alliance selected two transgender high school track competitors as co-recipients of an annual award honoring athletes in the state who have demonstrated “extraordinary courage.” Terry Miller and Andraya Yearwood, both juniors, have won individual Connecticut state girls track championships in multiple sprint events in recent years. Despite being biological males, the two are allowed to compete in girls events. The pair came in first and second place in the girls 55-meter dash at the state open indoor track championships in February. One female competitor, Selina Soule, placed eighth in the same race, missing out on qualifying for the New England regionals by two places. “We all know the outcome of the race before it even starts; it’s demoralizing,” she said, adding she believed Miller and Yearwood have a right to express themselves in school, “but athletics have always had extra rules to keep the competition fair.”

Eighteen states, including Connecticut, allow transgender students to participate in high school sports based on their gender identity without having any medical or surgical treatments, according to Transathlete, a website that tracks state-by-state policies. —K.C. 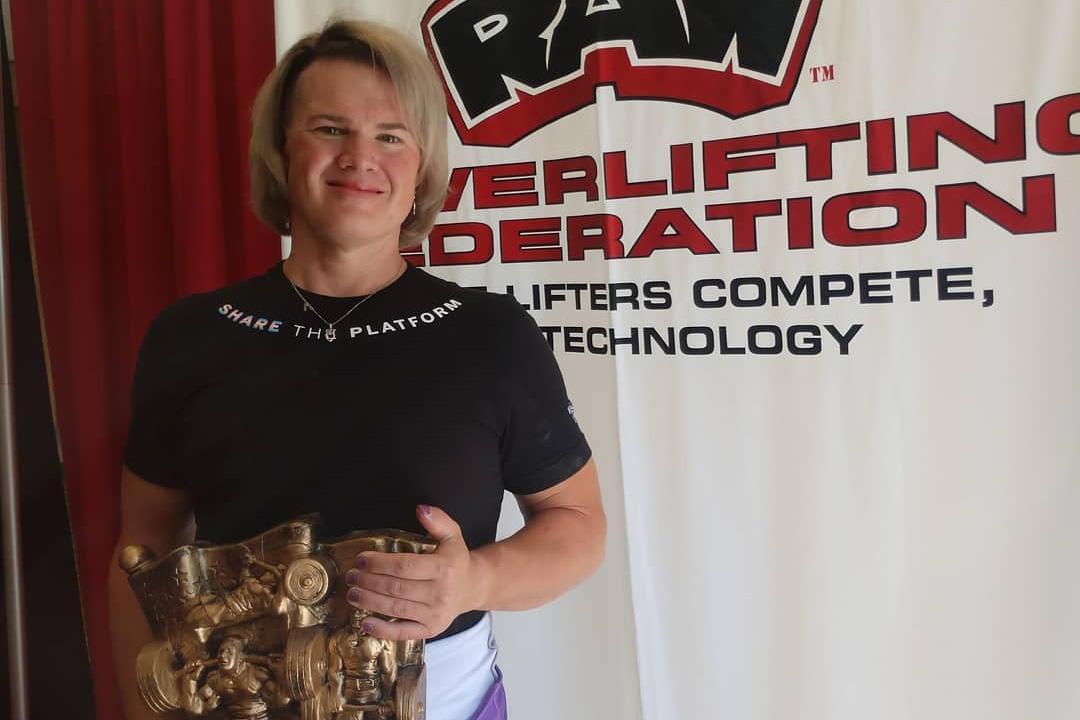 In an Instagram post celebrating the wins, Gregory thanked the group that put on the event: “As a transgender lifter I was unsure what to expect going into this meet, and everyone—all the spotters, loaders, referees, staff, and meet director, all made me welcome and treated me as just another female lifter—thank you!”

But world-class female athletes are balking. “This is a trans woman—a male body with male physiology—setting a world record & winning a women’s event in America in powerlifting,” tweeted Sharon Davies, a British Olympic medalist in swimming. “A woman with female biology cannot compete. … It’s a pointless, unfair playing field.” —K.C.

The California State Board of Education will meet next week to vote on a proposed health curriculum framework many parents argue is inappropriate and ideologically driven. Informed Parents of California, a group that opposes the curriculum, is holding a rally before the vote on Wednesday.

“Parents did not sign up for this type of sexual indoctrination,” said Jonathan Keller, president of the California Family Council. “The state of California should not force moms and dads to choose between participating in public school and protecting their children’s innocence. No student needs to be exposed to this graphic and explicit material. It’s child abuse.” —K.C.