Budgeting out of spite

Maryland turns down federal funds in protest of pro-life policies

Maryland lawmakers are protesting pro-life updates to federal regulations by turning down nearly $4 million a year in family planning funding from the U.S. government that could have gone to women’s healthcare and crisis pregnancy centers.

In February, the U.S. Department of Health and Human Services (HHS) issued updates to Title X of the Public Health Service Act saying that abortion centers or facilities that refer for abortions cannot receive federal family planning dollars. Federal law says taxpayer money may not fund abortion, but in practice, Planned Parenthood and other abortion facilities still received the funds, they just earmarked them for other services.

On Thursday, the Maryland House approved amendments to House Bill 1272, giving final passage to a measure that would reject Title X funds and replace them with state money.

Laura Bogley, director of legislation for Maryland Right to Life, told me the leaders of both chambers have 20 days from the end of the session to sign the bill and deliver it to Gov. Larry Hogan, a Republican. She said her organization has joined forces with National Right to Life and other pro-life groups to encourage people to contact the governor with calls and emails “to just respectfully ask him to veto this bill.”

“We’re tying our hands and just refusing that federal funding, which is on average about $4 million a year,” Bogley said. “[It] is just fiscally irresponsible, and we want the voters to communicate that to Gov. Hogan.”

If Hogan signs the bill, Maryland taxpayers have to come up with between $3 million and $4 million a year just for abortion providers. Maryland law requires recipients of state family planning funds to perform abortions and provide contraception. Pro-life pregnancy centers in the state can still access Title X funds by applying directly to the federal government, but it will create an administrative hassle and possible delays while abortion providers rake in extra state funds.

“This is a complete replacement,” Bogley said. “This is washing their hands of the federal money and saying, ‘Don’t worry about it, we don’t need the federal money, and so Maryland taxpayers are happy to pick up the tab for you, Planned Parenthood.’”

It’s uncertain whether Hogan will sign the bill, but Rachel Morrison, an attorney with Americans United for Life, told me she doesn’t think other states will follow Maryland’s example.

“It’s such a silly measure. It’s a power play, I think, to try to put political pressure on the HHS,” Morrison said. “I'd be surprised if other states are [following suit], because it’s silly to reject free money and to put the burden on your taxpayers.” 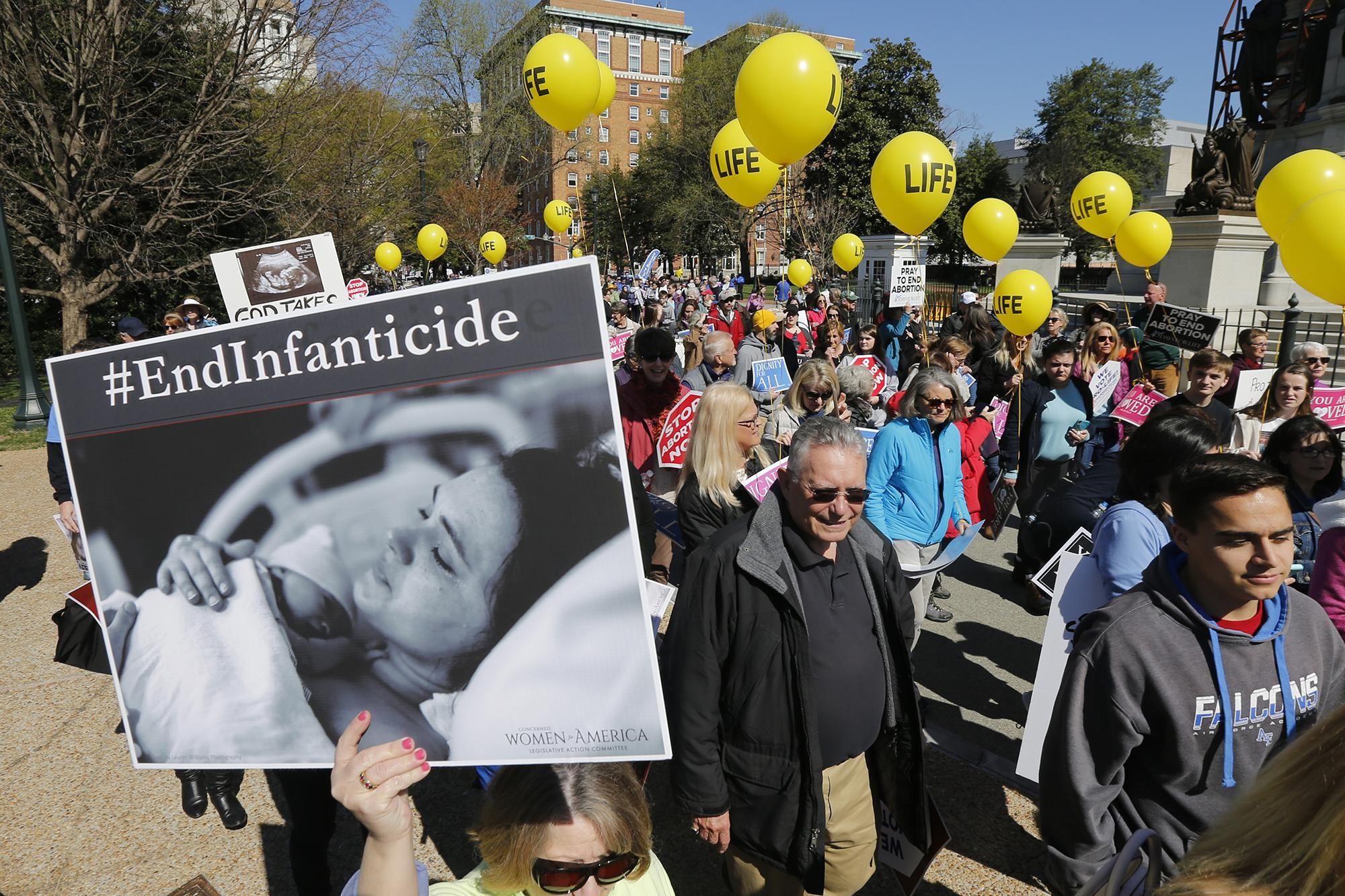 The March for Life on Wednesday in Richmond, Va. Associated Press/Photo by Steve Helber

About 6,500 Virginians rallied at the State Capitol in Richmond on Wednesday to voice support for the unborn. The first Virginia March for Life coincided with the legislature’s day to consider bills that Gov. Ralph Northam vetoed. One of the measures he blocked would have protected babies from taxpayer-funded abortions on the basis of a disability diagnosis.

Many demonstrators came to protest remarks Northam made in defense of Del. Kathy Tran’s bill to legalize abortion through the moment of birth. Northam, a Democrat and a physician, said that babies with deformities who survived a late-term abortion could be left to die after safely being delivered.

“My hope is that so many legislators that think this is not on people’s radar will realize there are a lot of Virginians who are really upset about this, very willing to be mobilized … that there is going to be pushback and they are going to hear from their constituents,” Dawn Beutner, a rally attendee from Annandale, Va., told The Federalist.

Jeanne Mancini, president of National March for Life, said that rallies like Virginia’s are integral to the pro-life effort. “We are seeing the abortion [industry] lobby for extreme bills at the level of the state,” she said. “The stakes are higher, and we think rallying the grassroots at the state level is critically important.” —S.G. 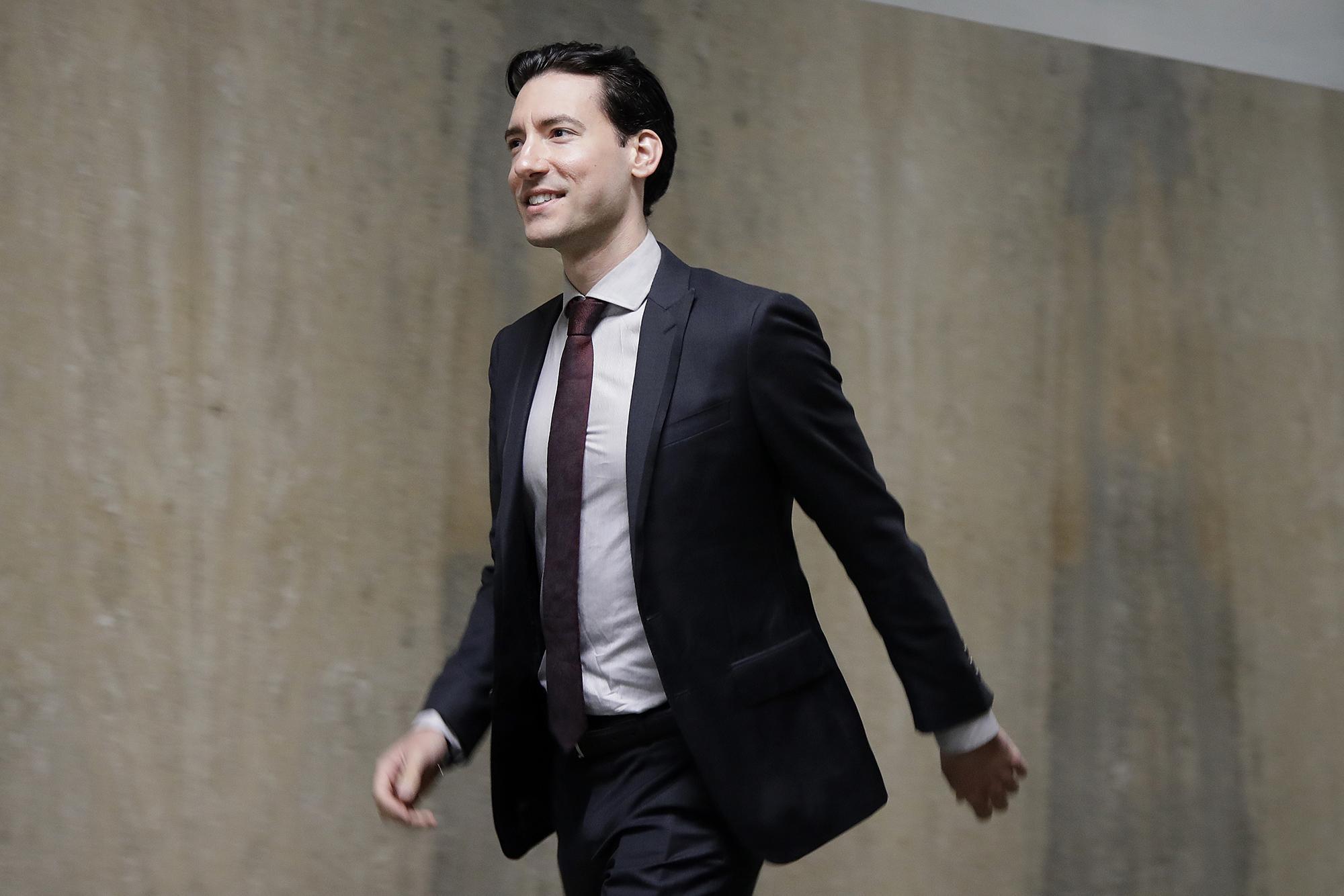 The March for Life on Wednesday in Richmond, Va. Associated Press/Photo by Steve Helber

“The biggest losers from today’s decision are [Planned Parenthood], who now must go to trial on fabricated claims with zero facts, while their own leaders continue to incriminate and perjure themselves in video-taped depositions on a daily basis. Stay tuned,” Daleiden tweeted April 1. —S.G.

Alabama: State lawmakers will consider a bill that would make performing an abortion during any point of gestation a felony for the abortionist except in cases of danger to the mother’s health. The bill’s sponsor, Rep. Terri Collins, a Republican, said she hopes a legal challenge will go all the way to the U.S. Supreme Court.

Arkansas: The state Senate voted 29-5 on Thursday to pass a bill that would require women to wait 72 hours after an initial appointment before they have an abortion. The measure, which headed to Republican Gov. Asa Hutchinson’s desk, would make Arkansas the sixth state with a mandatory 72-hour waiting period.

Georgia: Gov. Brian Kemp, a Republican, has yet to sign a bill that hit his desk last month that would protect babies from abortions after they have a detectable heartbeat. Meanwhile, dozens of Hollywood actors have vowed to boycott the state and will refuse to act in movies filmed there if the bill becomes law. Democrat Stacey Abrams, who lost to Kemp in the governor’s race last fall, reacted to the proposed boycott by calling the bill to propect the unborn “abominable” and “evil” and “bad for business” in the state.

Kentucky: The state can require doctors to perform an ultrasound and describe a baby’s development to pregnant mothers before an abortion procedure, a panel of judges from the 6th U.S. Circuit Court of Appeals ruled on Thursday. —S.G.