Bringing back the Born-Alive bill

In 1977, Melissa Ohden was born in St. Luke’s Hospital in Sioux City, Iowa, after soaking in a toxic solution intended to scald her to death inside her mother’s womb. Most babies aborted by the saline infusion method die after two to three days. But Ohden soaked in the saline solution for five days and was still alive when the abortionist induced her mother’s labor. According to accounts that Ohden heard later, one nurse demanded that Ohden be left in the hospital room to die. But a tall, blond nurse picked her up and rushed her to the neonatal intensive care unit.

In a hearing on Capitol Hill before the Senate Judiciary Committee on the Born-Alive Abortion Survivors Protection Act last week, the Family Research Council’s Patrina Mosley referenced Ohden’s story in her testimony supporting the proposed legislation. “There was no legal or medical requirement to resuscitate Melissa,” Mosley said. “[She] survived because someone acted with compassion.” But that’s not something babies can always count on.

In 2002, President George W. Bush signed the Born-Alive Infants Protection Act, a law that defined a born infant as a human being. But the act didn’t require abortionists to care for babies born alive after a failed abortion. The new legislation would enforce penalties against abortionists who refused medical care to babies like Ohden. Last year, Democratic senators blocked the same bill.

The day before the Senate committee hearing, the West Virginia Senate passed another Born-Alive Abortion Survivor’s Protection Act. That same week, Democrats in the Colorado House of Representatives shot down similar legislation. Opponents of these bills at the federal and state levels argue that the legislation is a political message and does nothing to solve an actual problem.

But stories like Ohden’s suggest otherwise. And so do the statistics: According to numbers from the Centers for Disease Control and Prevention cited by Mosley in her testimony, at least 143 infants were born alive between 2003 and 2014 following attempted abortions. “The report admits that this is almost certainly an underestimate,” she added.

During the hearing, Mosley noticed that the opposing side had the wrong idea about the legislation. One panelist from the Woman’s Law Center gave no data to support her position. Her main argument was that the law was “a Republican agenda.” But Mosley sees an agenda on the other side: “The Democrats want to make this hearing about abortion. [But] this is about babies that survived an abortion.” 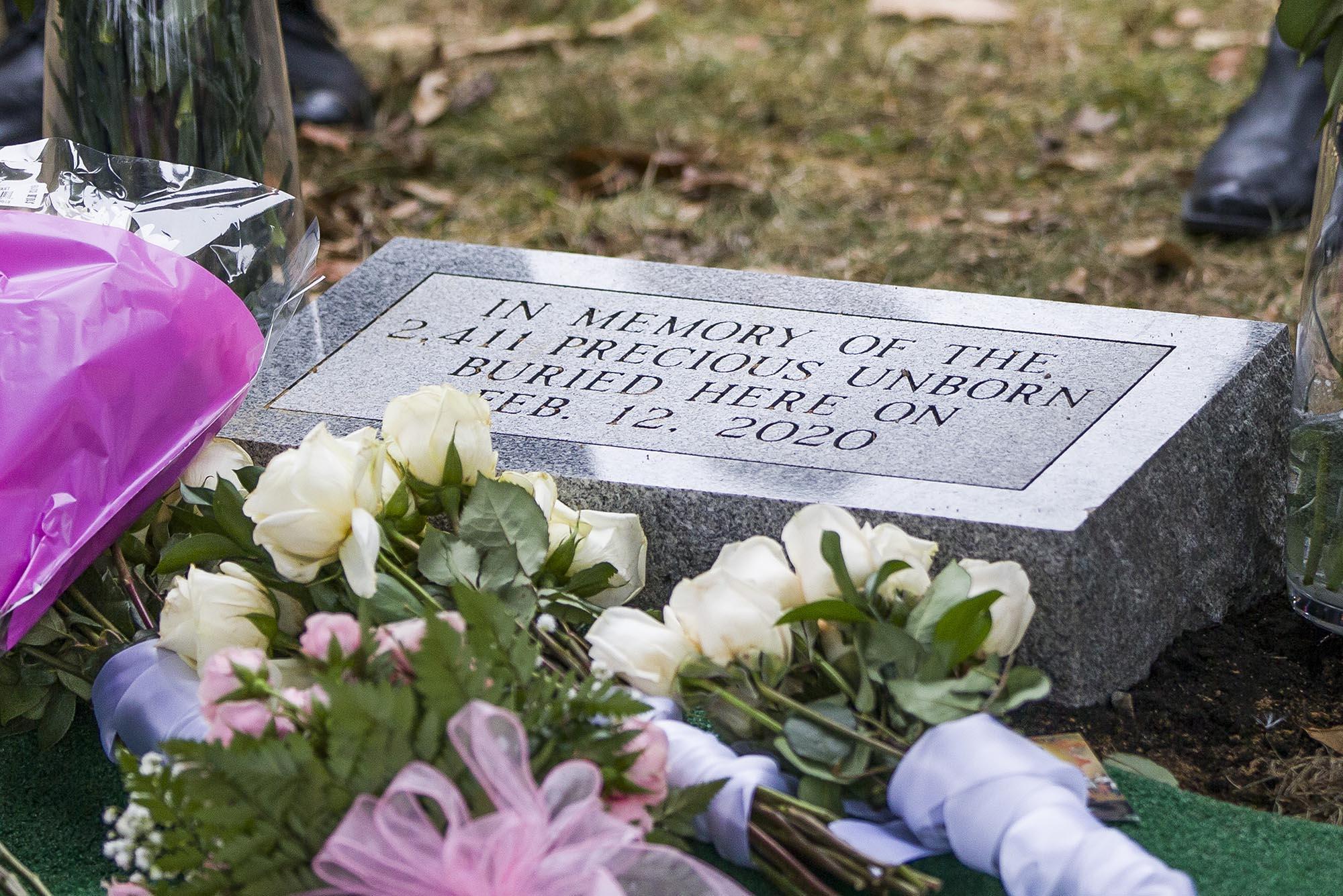 The gravesite of the babies found in the home of abortionist Ulrich Klopfer. Associated Press/Photo by Robert Franklin/South Bend Tribune

A somber crowd of more than 100 people on Wednesday gathered under cloudy skies in a South Bend, Ind., cemetery for the burial service of 2,411 aborted babies.

Shortly after the death of abortionist Ulrich Klopfer in September 2019, his relatives discovered the babies preserved in sealed plastic bags in his garage and car trunk at his Illinois home. They were infants Klopfer had aborted between 2000 and 2003. In 2016, Indiana officials had rescinded Klopfer’s medical license for keeping insufficient medical records and neglecting patients.

Indiana is one of the few states that requires the burial or cremation of aborted babies. The law took effect in May 2019 following a favorable ruling from the U.S. Supreme Court.

“Today, we lay to rest the remains of 2,411 unborn children,” state Attorney General Curtis Hill, a Republican, said in his address during the burial service. “In doing so, we fulfill our obligation as a state, pursuant to law and conscience. … Each of these 2,411 was a life—a life that was terminated. And each life deserves to be secure in a final resting place with dignity and respect as should be afforded all human beings.”

Following the attorney general’s remarks, pro-life advocates sang songs and prayed as they stood by the burial plot, donated by the Palmer Funeral Home. A flat gray stone marks the grave and reads, “In memory of the 2,411 precious unborn buried here on Feb. 12, 2020.”

Jill Stanek from the Susan B. Anthony List was present at the ceremony and spoke with the funeral director afterward. He told Stanek that the bodies were “very small,” but they still had been unable to find a casket big enough to hold all of the babies. Instead, they lined the larger burial vault—the outer container that typically holds the casket—and put the bodies in there. “Yet there almost wasn’t enough room for them all,” Stanek tweeted. —L.H. 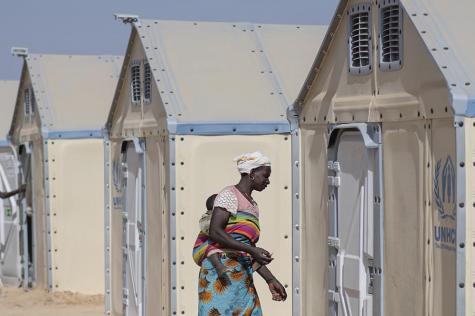 The gravesite of the babies found in the home of abortionist Ulrich Klopfer. Associated Press/Photo by Robert Franklin/South Bend Tribune

Earlier this month, 32 members of Congress expressed concerns about clinical trials for an abortion drug exploiting women in the West African nation of Burkina Faso. “This study recruited Birkinabe women who were 13-22 weeks pregnant—the second trimester—to test the effectiveness of mifepristone and misoprostol for an abortion,” the representatives said in a letter to the Department of Health and Human Services and the Food and Drug Administration.

Abortionists typically administer the drugs as an alternative to surgical abortion for women at or before 10 weeks of gestation. As the letter explained, the FDA advises against taking mifepristone (also known as Mifeprex) after 10 weeks since several studies show the drug can cause severe medical issues, including hemorrhaging.

“We find it troubling that Burkina Faso was selected as the location for this clinical trial, where poor health and safety conditions endanger the participants involved,” the letter said.

Shortages in doctors and blood donations put the women at risk of experiencing complications without receiving necessary medical care. As cited in the letter, even the director of the trials recognized that the country was experiencing a shortage of blood bags. The letter urged HHS and the FDA to examine other clinical trials that might be exploiting women in developing countries. —L.H.

Virginia: More than 1,000 pro-life advocates gathered in the rain outside of the Virginia Capitol on Thursday to show support for laws that protect unborn babies. Bills recently passed by the Virginia House and Senate, both with Democratic majorities, would strip away the 24-hour waiting period and ultrasound requirement for women seeking abortions. Gov. Ralph Northam, a Democrat, is likely to sign the legislation into law.

Washington: Senate Majority Leader Mitch McConnell announced on Tuesday that the Senate will consider legislation later this month that would protect unborn babies from late-term abortions. Under the Pain-Capable Unborn Child Protection Act, abortion would be illegal after 20 weeks of gestation. New research suggests babies could feel pain long before then.

Iowa: The state Senate approved a proposed pro-life constitutional amendment on Thursday. If ratified, it would clarify that the Iowa Constitution does not give a right to abortion. An identical amendment is under consideration in the House.

Utah: Last Tuesday, the Utah Senate passed a bill that would require the burial or cremation of aborted or miscarried babies. The bill awaits approval from the House before going to the governor. —L.H.