As the Boy Scouts of America (BSA) unravels under financial pressure and dwindling membership, an explicitly Christian Scouting alternative is standing firm and growing in numbers.

Trail Life USA launched in 2014 and has grown to 27,000 members in 800 troops in all 50 states. The program emphasizes the need for boys to have a scouting experience all their own with risk, adventure, and competition. CEO Mark Hancock told me new membership is up 36 percent since the BSA board of directors voted in October 2017 to allow girls to join.

Meanwhile, BSA—an organization that has turned out countless generals, presidents, and CEOs—is facing serious financial trouble and could soon file for bankruptcy, The Wall Street Journal reported last week. The report said the organization had hired a Chicago-based law firm to assist with a possible Chapter 11 bankruptcy filing amid dwindling membership and expensive sexual abuse litigation.

Michael B. Surbaugh, chief scout executive, sent a letter to stakeholders Dec. 12 acknowledging the news report and saying the 108-year-old organization was exploring “all options available to ensure the local and national programming of the Boy Scouts of America continues uninterrupted.”

A month ago, Girls Scouts of the USA, another organization with dwindling membership, filed a trademark infringement lawsuit against BSA over its decision to accept girls. The lawsuit was a long time coming, as was the inclusion of the opposite sex in Boy Scouts. BSA started on a path of membership redefinition in 2013, when it decided to allow openly homosexual Scouts. (Just 13 years earlier the organization fought a legal battle, Boy Scouts of America v. Dale, all the way to the U.S. Supreme Court for the right to exclude homosexual Scouts.)

In 2015 the group announced it would begin allowing openly gay and lesbian leaders. Eighteen months later, the Boy Scouts opened ranks to girls who self-identify as boys. Girls started joining Cub Scouts earlier this year and will be able to join the traditional scouting program for 11- to 17-year-olds, to be renamed Scouts BSA, and work toward the rank of Eagle Scout starting in February 2019.

But BSA efforts to expand the pool of applicants seem to have done the opposite: The program has about 2.3 million youth participants today, down from 4 million in peak years past. That number will see a significant drop at the end of 2019, when the Mormons say they will sever all ties with BSA, likely pulling around 425,000 members from its ranks.

“Any organization that takes steps that appear to indicate they’ve forgotten who they are and who they serve is in danger of losing their way,” Hancock of Trail Life USA told me. “A moral compass is a valuable tool for navigating in a culture that is undergoing such transition, especially in regard to confusing messages to boys and girls.”

But dwindling membership is not the only thing to blame for the Boy Scouts’ financial ruin. The group is reportedly buried in expensive litigation with victims who suffered sexual abuse during their time in scouting, with cases going back to the 1960s. The Wall Street Journal article noted bankruptcy would stop the litigation and allow the organization to negotiate with those who have sued—a path other groups embroiled in sexual abuse litigation, including USA Gymnastics and more than 20 Catholic dioceses and religious orders, have taken.

But whether bankruptcy can save the organization remains to be seen. For its part, Trail Life USA is taking steps to keep its members safe. Hancock said the organization requires regular background checks. All adult members must agree to a statement of faith and be personally vouched for by a charter organization representative. The group also trains every adult every two years in child protection and requires approved adults to wear a lanyard indicating they’ve been vetted, checked, and trained. “Trail Life USA was forged in the fires of this cultural battle,” Hancock said, “legally and morally equipped to stand.” 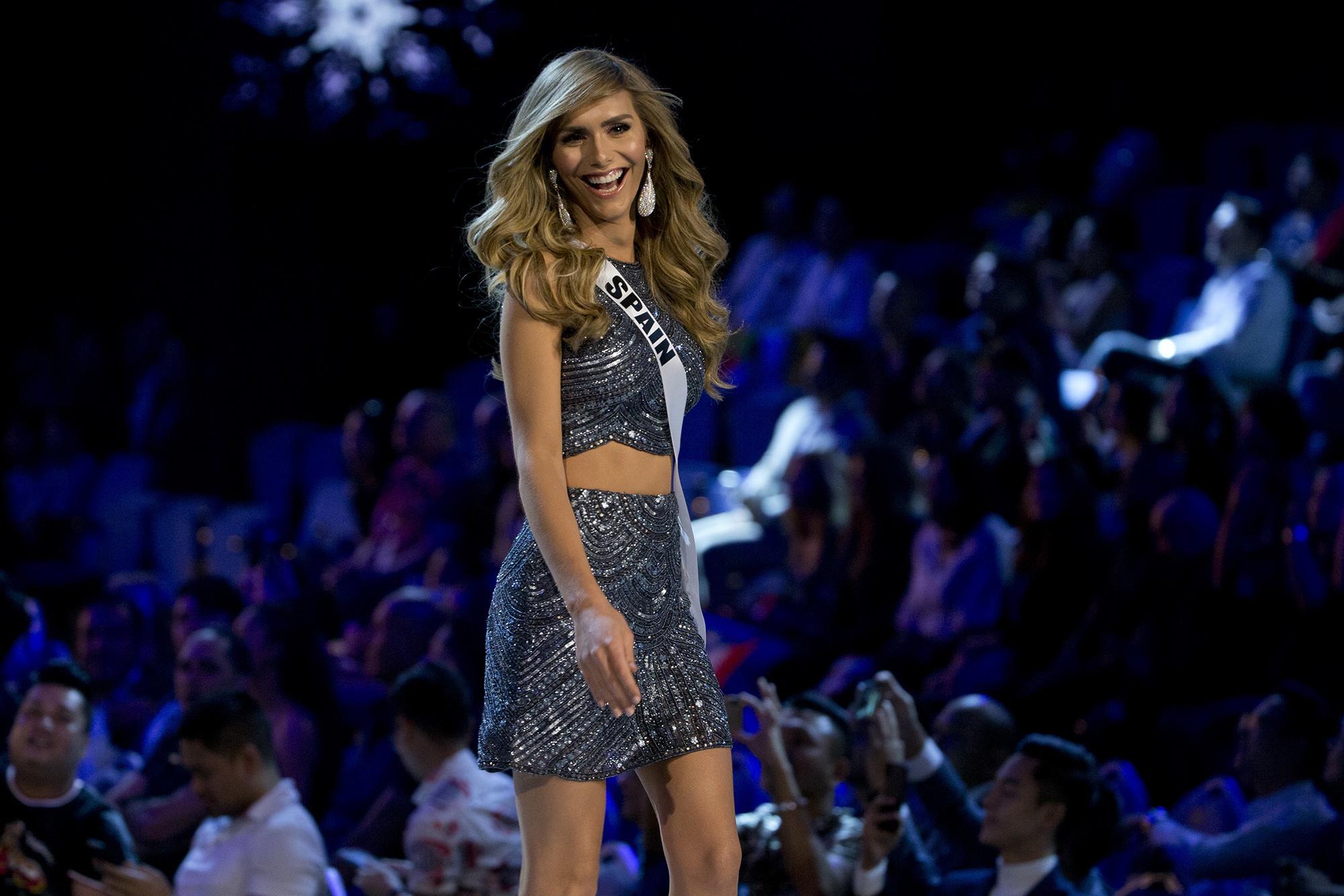 The Philippines’ Catriona Gray bested contestants from 93 other nations to win the Miss Universe 2018 pageant on Monday night. But reports about the competition this week focused on a contestant who failed to make it into the top 20.

The 27-year-old contestant from Spain, who goes by the name Angela Ponce, was the first transgender entrant in pageant history. In 2012, the organization, owned at the time by now–President Donald Trump, dropped its requirement that contestants be “naturally born” females after a rejected transgender contestant threatened to sue.

“Trans women have been persecuted and erased for so long,” Ponce told Time magazine in November. “If they give me the crown, it would show trans women are just as much women as cis women.”

But critics argue Ponce’s participation is nonsensical for a pageant that this year proudly boasted its first all-female judging panel and titled its competition “Empowered Women.”

“Technology might disguise that truth, but no amount of medicine or mutilation can coax Ponce’s chromosomes into submission,” wrote Alexandra DeSanctis for National Review. “This is the charade we are being asked to accept. It is not enough to say, as we should, that gender dysphoria is a real psychological phenomenon, that a just and compassionate society ought to recognize the reality of the struggle people like Ponce face, and that bullying and hatred directed at such people is evil and wrong. We are also meant to chant along with the crowd that Ponce is a woman.”

DiSanctis argued the modern feminist critique of the so-called patriarchy is missing its biggest target.

“The wholehearted embrace of transgender ideology necessarily, and quite intentionally, erases womanhood,” DiSanctis wrote. “It allows biological males to don the mantle of femaleness simply by asserting that it is their birthright. There has never been a more patriarchal claim.” —K.C. 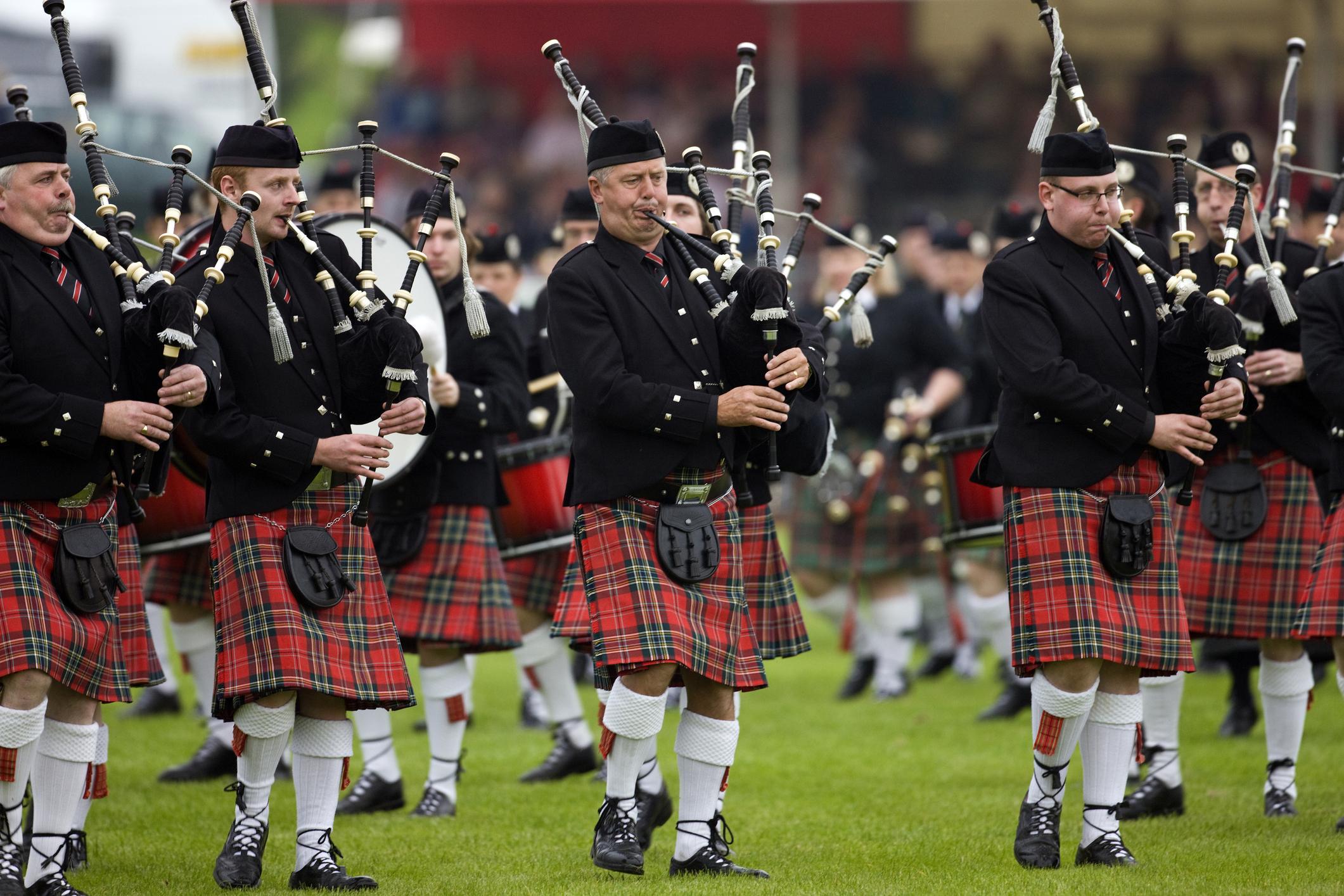 The Scottish government is facing pushback after a proposal to change the 2021 census to ask respondents about their subjective gender identities instead of biological sex. The government said the change would be inclusive and keep up with cultural notions of gender, but critics argue it would render the resulting data meaningless.

“Conflating sex and gender identity will undermine sex as a separate category protected by law,” Rosa Freedman, a professor of law and human rights expert at the University of Reading, told a parliamentary committee considering the change, according to Scottish newspaper The Herald. She said erasing biological sex from census data will threaten services and protections based on sex in education, health, and criminal justice.

Another critic, philosophy professor Kathleen Stock from the University of Sussex, called the change a “profoundly misplaced move.” She said gender identity was a term with “no well-established meaning” and the census would thus cease to produce “scientifically respectable data.” —K.C.

A response to #ChurchToo

The Billy Graham Center at Wheaton College hosted a summit last week for evangelicals about responding to sexual violence in the church. The one-day conference on Dec. 13 was the third “GC2 Summit”—the previous two focused on the refugee crisis and mass incarceration. GC2 stands for Great Commission, Great Commandment.

A number of prominent Christians and abuse survivors spoke at the summit, including Bible teacher Beth Moore and bestselling author and San Antonio pastor Max Lucado. According to Christianity Today, Moore said her home was an unsafe place, and her church was her safe harbor, but added, “I have often wondered what a difference it would have made if that same harbor had not only been a place to hide, but a place to heal.” Lucado spoke publicly for the first time about sexual abuse he experienced as a young boy and also said the conference spurred him to want to repent of “locker room banter from my football days” and “condescending attitudes that I as a senior pastor have employed. So I seek the Lord’s forgiveness.” —K.C.

The Girl Scouts are not on an equal footing with Boy Scouts because their programs have been on a historically different trajectory. If they seek legal redress it is because they hope to obtain through the courts what they cannot obtain in a competitive marketplace: i.e. stopping girls from flocking to Scouts because of the programs offered (that aren't available through Girl Scouts).

Interesting how we tear down the fences that restrict us and find out later they were there to protect us yet we keep on tearing them down.

Thanks, Kiley, for your well done and important reporting.  Merry Christmas!