Sixteen years had elapsed since Phil Vischer wrote a VeggieTales episode, and he didn’t know how easily he could bring the characters back to life. But Vischer decided to try after the Trinity Broadcasting Network (TBN) approached him last year and asked him to present Bob the Tomato, Larry the Cucumber, and the rest of his botanic, Bible-teaching creations from the 1990s to a new generation.

“I started writing, and Larry walked through the door,” Vischer told me. “It was surprisingly easy for them to start talking to me again.”

Vischer, his wife, Lisa, and co-creator Mike Nawrocki put together 18 new VeggieTales episodes in partnership with TBN, Big Idea Content Group, and NBCUniversal. The VeggieTales Show is scheduled to premiere Oct. 22 with the same classic format, except this time Bob and his buddies are backstage at a theater, trying to come up with that night’s show.

The chance to take another stab at writing VeggieTales episodes came as a surprise for Vischer. He imagined Bob and Larry into existence at age 25.

“One of the problems with having a big success when you’re very young is you don’t know yourself,” Vischer said. In the late 1990s, his company grew from $1.3 million to $44 million, and he envisioned becoming the next Walt Disney. But mismanagement and a lawsuit from a distributor sent his company, Big Idea Productions, into bankruptcy.

“I learned that finding out who I am comes from walking with and listening to God,” Vischer, now 52, said. “None of it was ever mine to begin with.”

He sold Big Idea in 2003, and VeggieTales passed between several owners with mildly successful TV and streaming spin-offs on NBC and Netflix. Vischer continued to voice VeggieTales characters for years, but the show drifted from its Christian roots, losing its fan base.

Bouncing, talking vegetables can only go so deep in a 22-minute episode. But Vischer said fans can expect the new show to include “richer theology” and more New Testament teachings like the parable of the Prodigal Son, the fruits of the Spirit, and Paul and Silas’ imprisonment. “It has a more redemptive message about Jesus,” he said. “It’s not just about behaving better.”

A recent Christian Post article quoted Vischer saying Christian producers will eventually have to address LGBT issues in children’s programming because they are becoming so common in secular shows. But he also said he would not put a same-sex wedding in an episode, and he told me he has no intention of introducing mature social topics that are “inappropriate to address to preschoolers” on TV.

During his VeggieTales hiatus, Vischer said he spent time praying, studying the Bible, and evaluating his goals. That led him to a greater desire to help children and their parents grow in Biblical literacy. In 2012, he released a video series for children called What’s In the Bible? This week, Vischer debuted his first children’s Bible, The Laugh and Learn Bible. With these projects, he hopes the Bible becomes more accessible to families, helping children see Scripture as “a big story they are a part of.”

But The VeggieTales Show uniquely appeals to kids who might not crack open a Bible or who have never heard about Christianity outside of Sunday morning. Vischer hopes the show introduces children to a world where God exists and there is no separation between the sacred and the secular. 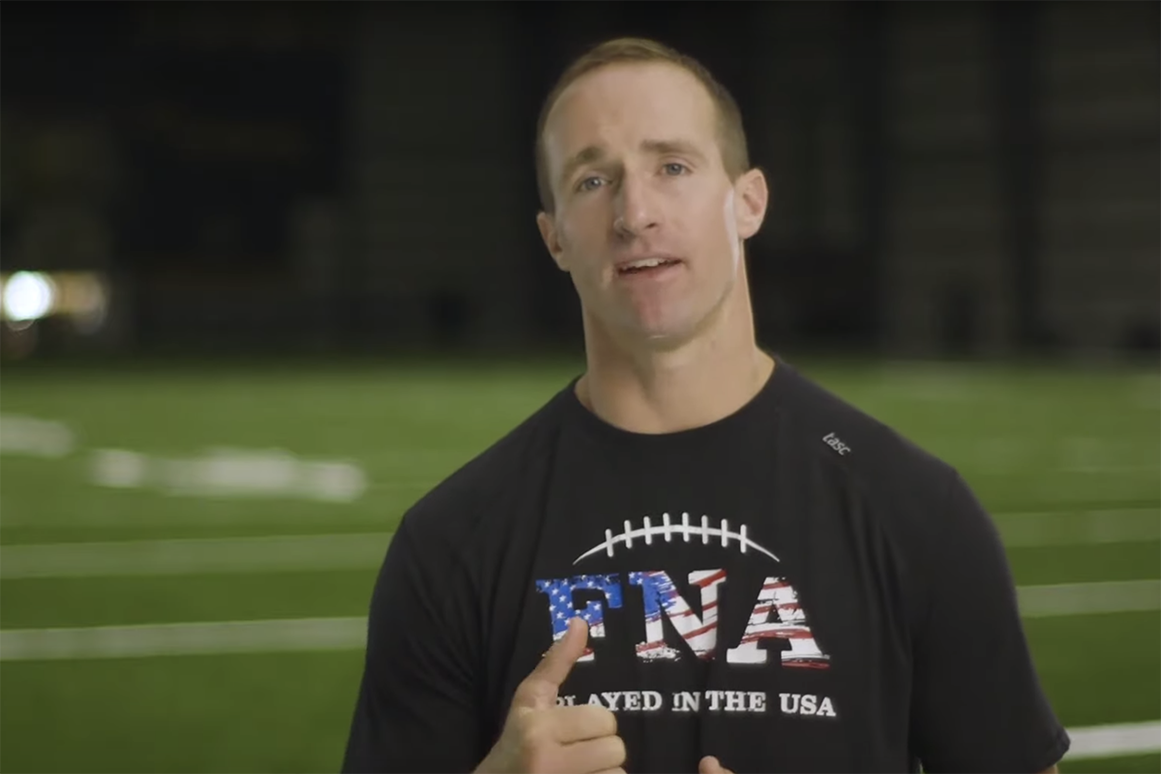 LGBT groups have a problem with NFL star Drew Brees encouraging children to bring their Bibles to school. The quarterback for the New Orleans Saints recorded a video promoting Bring Your Bible, an Oct. 4 nationwide campaign sponsored by Focus on the Family. Liberal and pro-LGBT organizations have long maligned Focus on the Family for supporting Biblical marriage. Earlier this month, Big Easy Magazine published an article with the headline “Drew Brees records video for anti-LGBT religious organization.”

Brees and Jim Daly, president of Focus on the Family, both insisted they do not hate LGBT people or support those who do. “I live by two very simple Christian fundamentals, and that is, love the Lord with all your heart, mind, and soul, and love your neighbor as yourself,” Brees said in a follow-up video he posted on Twitter.

Daly also posted a video clarifying his organization’s stance, saying, “Our goal is to say, ‘Jesus loves you, cares about you, no matter who you are—your race, your creed, your sexual orientation. Jesus died for every one of us.’ That’s the message we want to get out.” —Lynde Langdon 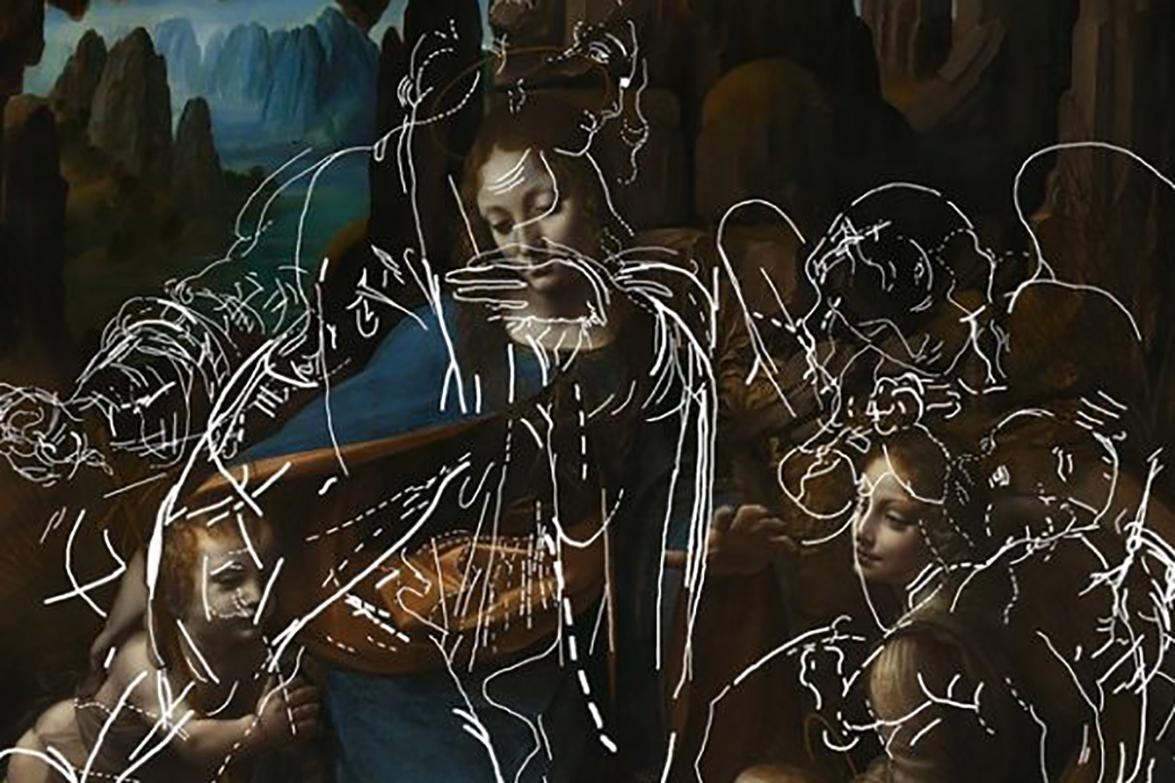 Art researchers have discovered two drawings hidden beneath Leonardo da Vinci’s masterpiece The Virgin of the Rocks, which hangs in London’s National Gallery.

One of the drawings closely resembles the finished product, but the other, some say, is much more dynamic. Art experts can only speculate why the famous artist changed his mind before painting the work.

The scene depicts Mary with the child Jesus, an angel, and infant John the Baptist in a rocky setting. In the final painting, da Vinci changed the angle of Jesus’ head, the angel’s hair, and the placement of the figures. A Roman Catholic church in Milan commissioned the work near the turn of the 16th century. It is based on a popular tradition that Jesus and John met by chance as infants when their parents were fleeing with them to Egypt to escape Herod’s massacre of babies in Bethlehem. The Bible says an angel instructed Joseph in a dream to take Mary and Jesus and escape to Egypt, but it makes no mention of John the Baptist fleeing also. —Julie Borg

Apple’s streaming TV service will launch Nov. 1 with an uncharacteristically low price of $5 a month. The company known for $1,000 smartphones wants to break into a market already dominated by juggernauts such as Netflix and Amazon Prime. Apple CEO Tim Cook announced the price and launch date at an event on Tuesday. He did not say whether the tech giant plans to stand by an earlier promise to keep the shows on its platform clean. In 2017, Cook reportedly nixed a show starring rapper Dr. Dre because it was too violent. —L.L.

Eddie Money, the 1970s and ’80s rocker who recorded hits like “Two Tickets to Paradise” and “Take Me Home Tonight,” died Friday in Los Angeles after a brief battle with advanced cancer. He was 70. Before becoming a rock star, Money, born Edward Joseph Mahoney, worked as a New York City police officer. —L.L.