The Missouri Department of Health and Senior Services (DHSS) revoked Planned Parenthood’s license earlier this year after finding numerous health and safety violations at the St. Louis facility. In one case, a patient underwent two failed abortions before a third succeeded. In another case, an abortionist failed to detect that a patient was pregnant with twins, requiring a second procedure. Another patient suffered life-threatening blood loss following the termination of a complicated 21-week pregnancy.

Despite the risks, a state judge granted Planned Parenthood permission to continue performing abortions until a ruling by the Missouri Administrative Hearing Commission, which heard arguments from the abortion facility and DHSS last week. The commission is not expected to rule until February.

At last week’s hearing, the facility’s chief abortionist, Colleen McNicholas, downplayed the harm to patients, saying abortion is safer than a tonsillectomy, but complications do happen.

Pro-abortion advocates tried to shift attention to DHSS Director Randall Williams, accusing him of invading women’s privacy by alleging he kept spreadsheets of patients’ menstrual cycles. Yamelsie Rodriguez, president and CEO of Planned Parenthood of St. Louis, said Williams used his position of authority to “push a political agenda” to end abortion access in the state. Missouri House Minority Leader Crystal Quade, a Democrat from Springfield, called for an investigation into his actions.

DHSS called the charges against Williams false and said regulators simply “used the tools they had to protect the health of those who seek abortions at Planned Parenthood.”

State law requires Planned Parenthood to file individual reports for each woman who receives an abortion, including the date of her last normal menses and any complications that occur during the procedure. During a routine inspection, DHSS regulators suspected Planned Parenthood failed to report abortion complications. They reviewed reports from the facility’s 3,000 abortions last year and isolated 67 instances in which patients had multiple procedures. The review discovered a failed abortion the facility never reported––a potential violation of state law that was relayed to Williams.

Planned Parenthood of St. Louis has a history of health violations including the use of expired medications, IV fluids, and supplies, some up to six years old. The staff has used single-dose injectable medication on more than one patient, according to CheckMyClinic, a web database that collects public information on abortion facilities from state health departments.

“[Planned Parenthood’s] fight is not actually about women’s healthcare,” said Pam Whitehead, content manager of CheckMyClinic and executive director of ProLove Ministries. “It’s about offering abortions, even at the cost of the health and safety of women.”

The state’s only other abortion facility in Columbia lost its license last year after health officials found numerous infractions, including failure to comply with a new law requiring abortionists to receive admitting privileges at a hospital no more than 15 minutes away.

Last week, Planned Parenthood opened an 18,000-square-foot abortion facility, one of the largest in the nation, only 13 miles from St. Louis across the border in Illinois. “While we continue the fight to maintain access in Missouri, we are excited to expand our abortion services in Illinois,” McNicholas said in a statement.

Other nearby abortion facilities include another one in Illinois and one across Missouri’s western border with Kansas.

For Whitehead, the fight is far from over: “Not one time has Planned Parenthood talked about the pain and suffering these women go through. … This is about being a voice for the voiceless.” 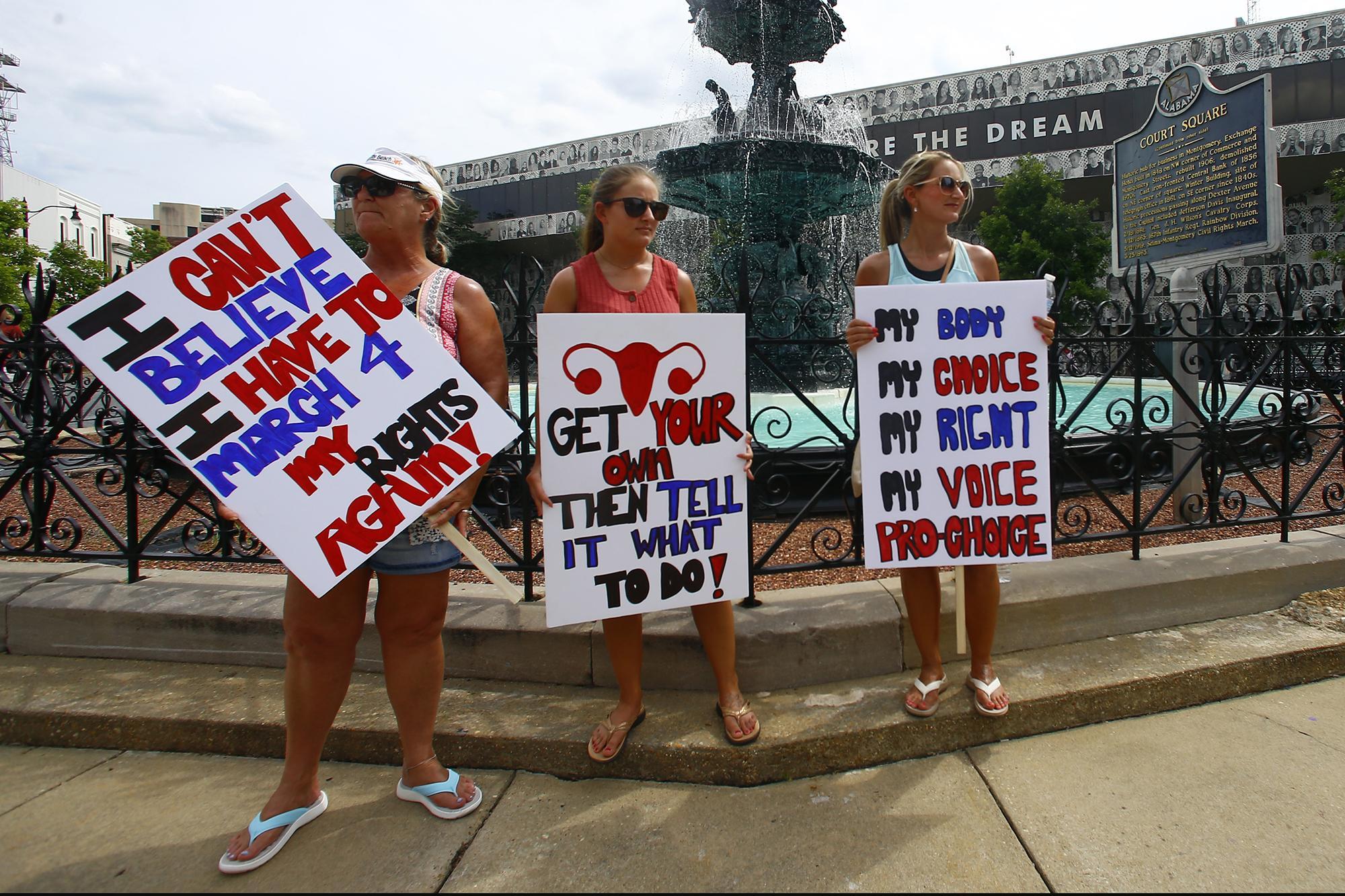 On the road to reversing Roe

Pro-life officials in Alabama said a federal judge’s ruling against protections for unborn babies was just another step on the way to the U.S. Supreme Court. U.S. District Judge Myron Thompson cited Supreme Court precedent on Tuesday when he temporarily halted the state’s 2019 Human Life Protection Act. The law would make it a felony to abort a baby at any stage of pregnancy unless the mother’s health was at risk or the baby had a lethal anomaly. Abortionists could face up to 99 years or life in prison for performing the procedure.

Alabama Attorney General Steve Marshall, a Republican, called Thompson’s ruling “not unexpected” and said the law’s authors wrote it to challenge the Supreme Court’s 1973 Roe v. Wade decision that led to the legalization of abortion nationwide, along with the 1992 Planned Parenthood v. Casey ruling upholding it.

“The state’s objective is to advance our case to the U.S. Supreme Court, where we intend to submit evidence that supports our argument that Roe and Casey were wrongly decided and that the Constitution does not prohibit states from protecting unborn children from abortion,” Marshall said.

Last month, the Supreme Court said it would hear the first case in a string of state-level pro-life laws blocked by federal judges. That case deals with a Louisiana law requiring abortionists to have admitting privileges at a local hospital. Federal judges in Arkansas, Georgia, Kentucky, Missouri, Ohio, Utah, and now Alabama have halted laws passed this year to strengthen protections for unborn babies. —M.J. 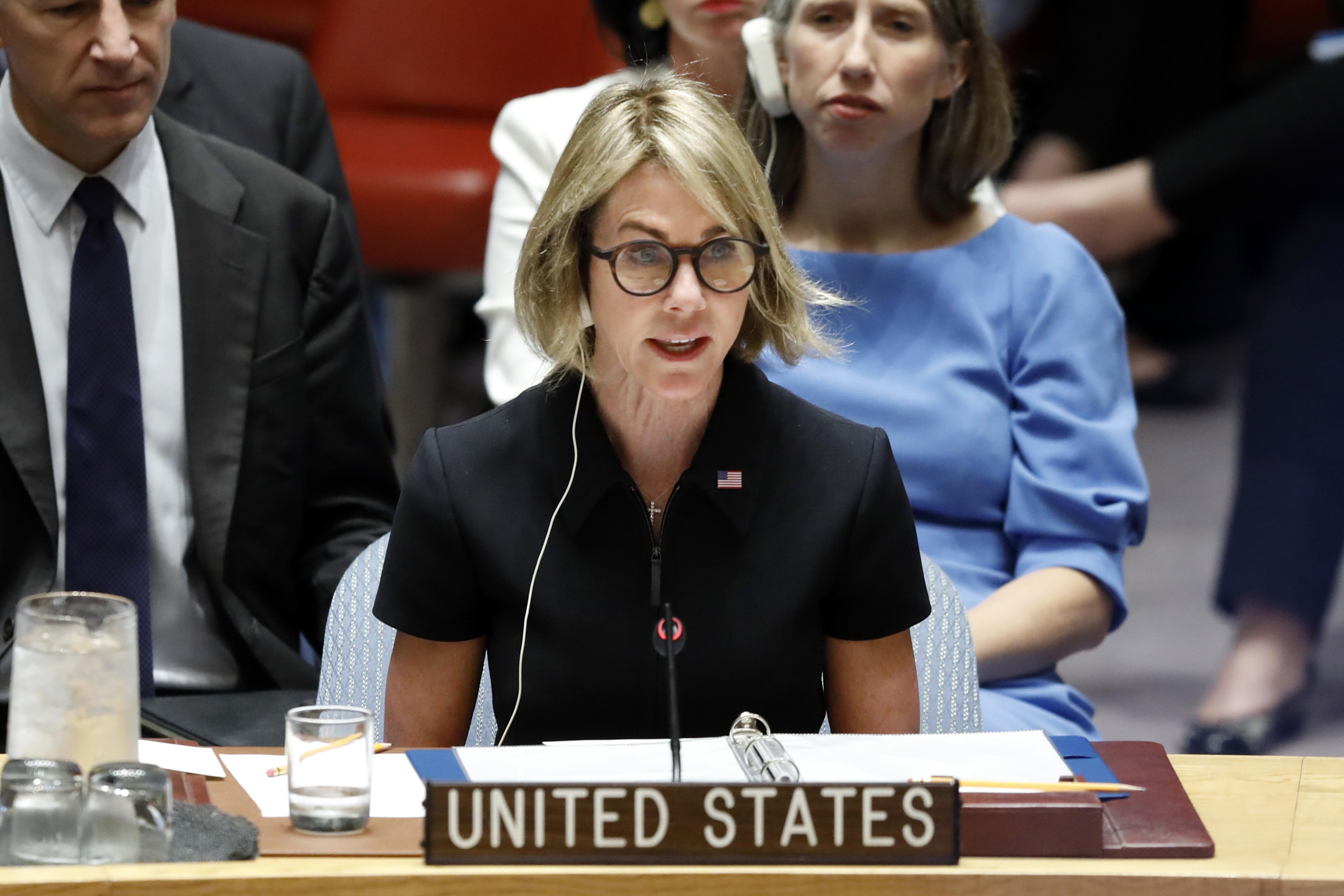 The United States told the United Nations Security Council it objected to wording implying approval of abortion in resolutions about women, peace, and security. A resolution unanimously adopted last week did not have such language in it, but it referenced past documents that did.

“I must note that we cannot accept references to ‘sexual and reproductive health,’ nor any references to ‘safe termination of pregnancy’ or language that would promote abortion or suggest a right to abortion,” said U.S. Ambassador to the UN Kelly Craft. “The UN should not put itself in a position of promoting or suggesting a right to abortion, whether it is humanitarian or development work.”

President Donald Trump’s administration has previously criticized the Security Council’s pro-abortion language, threatening last April to veto a resolution unless a reference was cut citing the need for UN agencies and donors to provide timely “sexual and reproductive health” assistance to victims of sexual violence in areas of conflict. —M.J.