The latest budget deal reveals shifting priorities for some Republicans

WASHINGTON—President Donald Trump and congressional leaders agreed Monday on a budget deal that would increase federal spending by more than $320 billion as budget deficits rise to trillion-dollar levels.

“This was a real compromise in order to give another big victory to our Great Military and Vets!” the president tweeted after the deal was announced.

Under Trump, Republicans have focused more on expensive projects than drastic spending cuts. The government shut down for 35 days in late December not over disagreements on fiscal responsibility but over the construction of a wall on the U.S. southern border. Many Republicans joined the president in asking for more than $5 billion to spend on the border and related security. Instead of pairing tax cuts with spending cuts, they sought out additional spending.

“If President Trump takes this deal—the worst in a decade—his fiscal legacy will be no different than the Obama and Bush administrations that he has criticized,” said Paul Winfree, director of the Roe Institute for Economic Policy Studies at the Heritage Foundation and former director of Budget Policy at the White House.

Some Republicans have already indicated their opposition to the budget deal. Rep. Mark Walker of North Carolina, vice chairman of the House Republican Conference, tweeted out an image of the Batman villain Joker burning a pile of cash with the caption, “Budget deal.”

Republican Freedom Caucus members Reps. Mark Meadows of North Carolina and Jim Jordan of Ohio, both vital Trump allies in the House, have not yet released their positions on the proposed budget but voted against the 2018 and 2019 omnibus spending bills that increased the deficit.

This ideological split in the GOP under Trump was apparent at the National Conservatism Conference in Washington earlier this month. It celebrated the rise of “national conservatism,” a movement that John Burtka, executive director of The American Conservative magazine, described as “socially conservative and economically nationalist.”

“In short, the aim of this new conservative politics is not more freedom but strong families, resilient faith communities and a thriving middle class,” Burtka wrote in The Washington Post.

As conflicts roiled among Republicans, Democrats were able to push through more spending on their own. “Democrats secured an increase of more than $100 billion in funding for domestic priorities since President Trump took office,” House Majority Leader Nancy Pelosi of California and Senate Minority Leader Chuck Schumer of New York said in a joint statement.

As spending increases, so does the national debt, which has pushed past $22 trillion under Trump. The Peter G. Peterson Foundation, an organization focused on U.S. debt research, used Congressional Budget Office projections to track the possible interest that the federal government will have to pay over the next 10 years.

By 2023, according to the foundation, the United States would spend more on debt interest than on defense. By 2028, the yearly interest payment would near $1 trillion with no signs of slowing down. 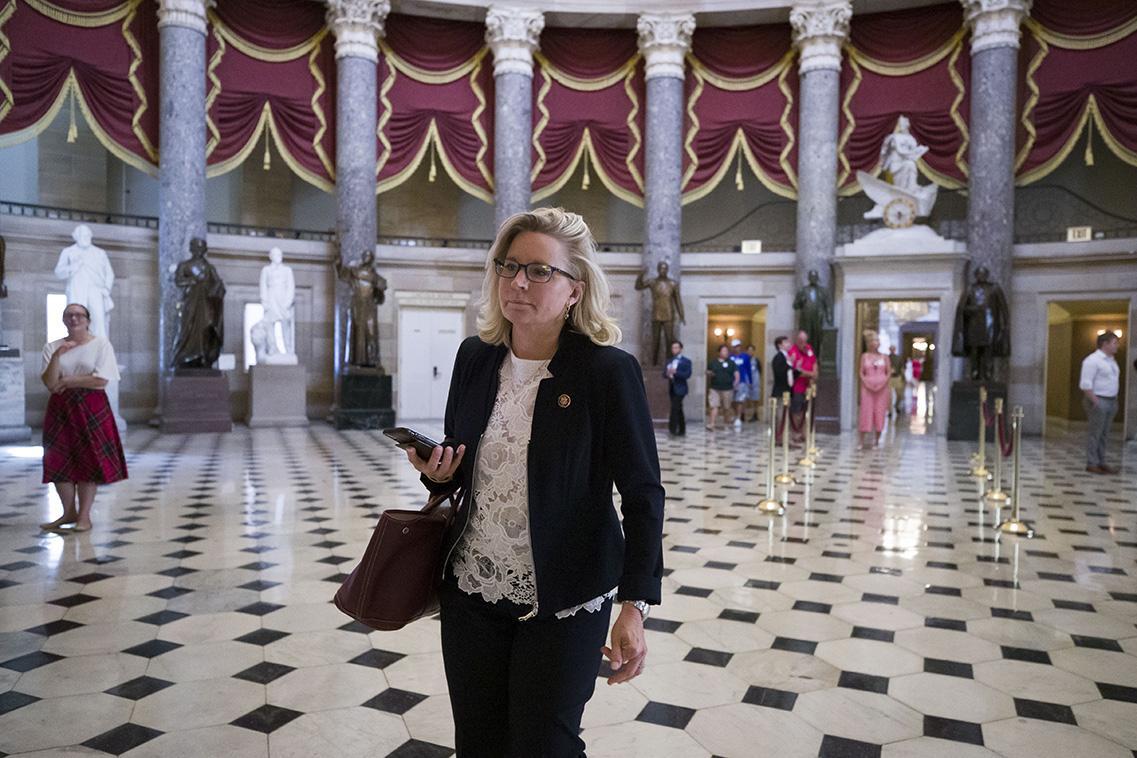 This week in Congress

In the House of Representatives

On Tuesday, the House passed a resolution condemning a movement advocating a global boycott of Israel with relatively little contention despite opposition from some liberal lawmakers. The bill passed 398-17, with five lawmakers voting “present.” Rep. Ilhan Omar, D-Minn., has introduced competing legislation affirming the right to “participate in boycotts,” but it does not specifically mention the controversial boycott, divestment, and sanctions movement. The House approved a bill Wednesday to ensure humanitarian standards for migrants in Customs and Border Protection Custody. It passed 233-195. On Thursday, Democratic leadership refused, for the 77th time, to allow a vote on the Born-Alive Abortion Survivors Protection Act. Rep. Liz Cheney, R-Wyo., whose request earlier this week for unanimous consent on the bill Democrats denied, called the refusal to mandate medical care for infants who survive abortions “abhorrent.” The House is scheduled vote on Treasury Secretary Steven Mnuchin and House Speaker Nancy Pelosi’s two-year budget and debt-limit deal on Thursday, a day before lawmakers depart for a six-week recess. 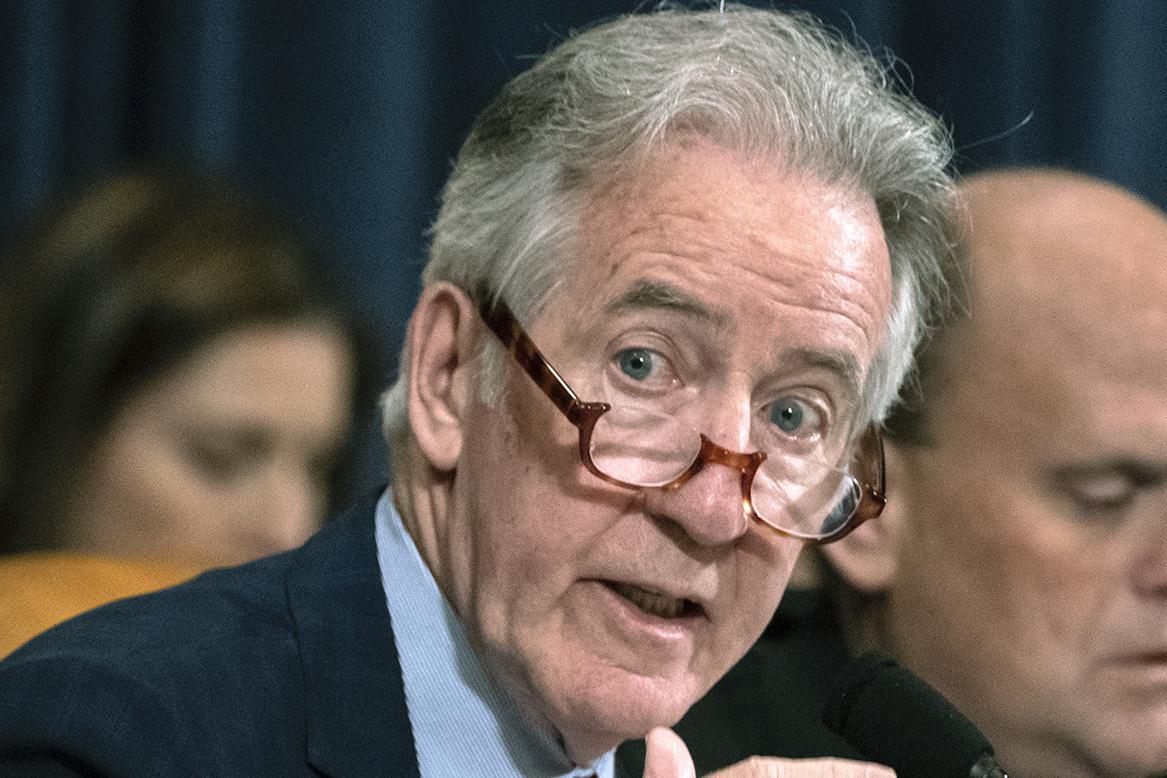 President Donald Trump filed suit Tuesday to prevent New York from releasing his state tax returns to Congress amid Democrats’ long-running efforts to get hold of his financial records.

The lawsuit takes aim at a New York law signed earlier this month by Gov. Andrew Cuomo, a Democrat. The law would allow state authorities to hand over public officials’ tax returns requested by congressional committees.

Trump’s suit charges that the law, known as the TRUST Act, was designed to damage him politically. It claims that state tax returns are outside Congress’ jurisdiction and the law violates Trump’s First Amendment rights because “the New York Legislature enacted it to discriminate and retaliate against President Trump for his speech and politics.”

The chairman of the House Ways and Means Committee, Rep. Richard Neal, D-Mass., earlier this month filed suit against Trump as part of a bid to gain access to the president’s federal tax returns. Neal has not tried to get Trump’s New York tax returns, but the president’s suit contends Neal could easily change course.

Trump’s tax returns have been an issue since the 2016 campaign, when he broke with decades of precedent by refusing to release them. The president has claimed he could not do so because he faced audits from the IRS. —Anne K. Walters 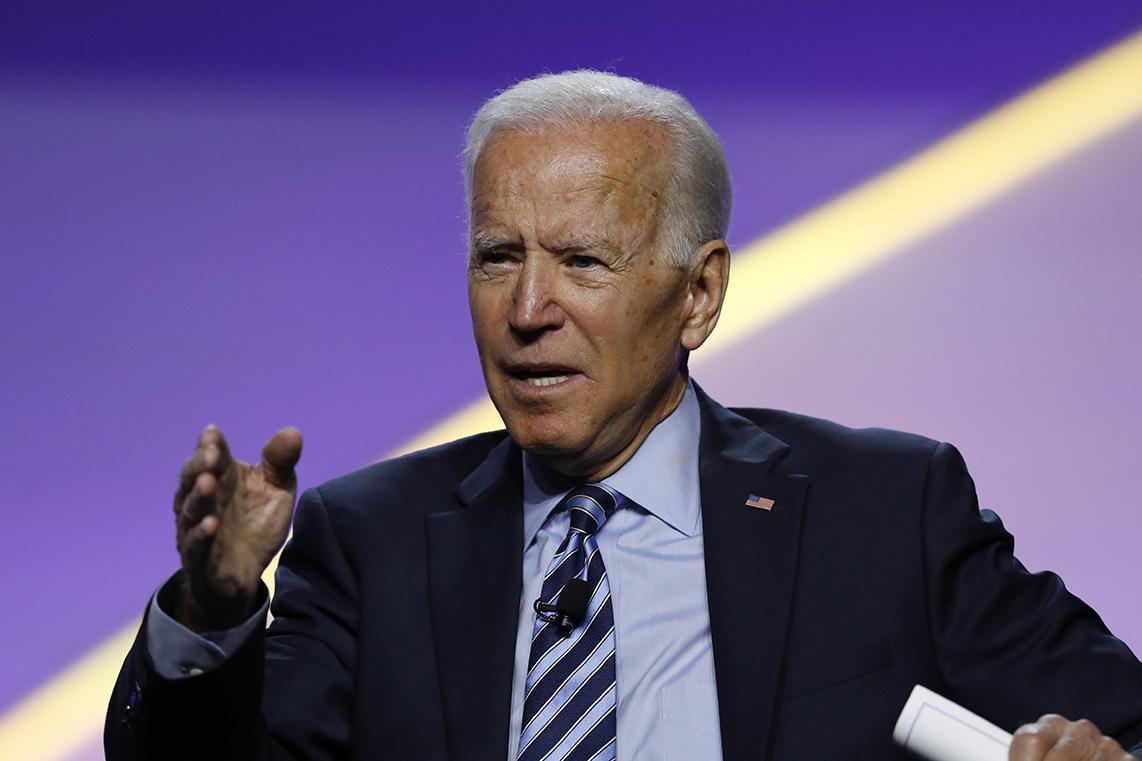 Former Vice President and Democratic presidential hopeful Joe Biden unveiled a plan this week to reform the criminal justice system by eliminating the death penalty at the federal level, addressing racial disparities in sentencing, pushing for an end to mandatory minimum sentencing, and ending federal use of private prisons. The plan marks a shift for Biden, who spent years in the Senate advocating for tough anti-crime measures. He helped write the 1994 crime bill, which critics have said increased mass incarceration.

Sen. Cory Booker, D-N.J., who is also running for the Democratic nomination in 2020, has been a particularly outspoken critic of Biden’s record, declaring, “The proud architect of a failed system is not the right person to fix it.” Biden hit back, noting Booker’s own record on policing as mayor of Newark, N.J.

Biden and Booker will likely face off on the issue during the second round of Democratic presidential debates next week. The two days of debate, airing on CNN on Tuesday and Wednesday, will feature 20 candidates, including Sen. Bernie Sanders of Vermont, Sen. Elizabeth Warren of Massachusetts, and South Bend, Ind., Mayor Pete Buttigieg on the first evening and Biden, Booker, and Sen. Kamala Harris of California on Wednesday.

Warren, who is vying with Sanders for support from the far-left wing of the party, rolled out a bill in the Senate to cancel some $640 billion in student loan debt for borrowers below certain income thresholds. —A.K.W. 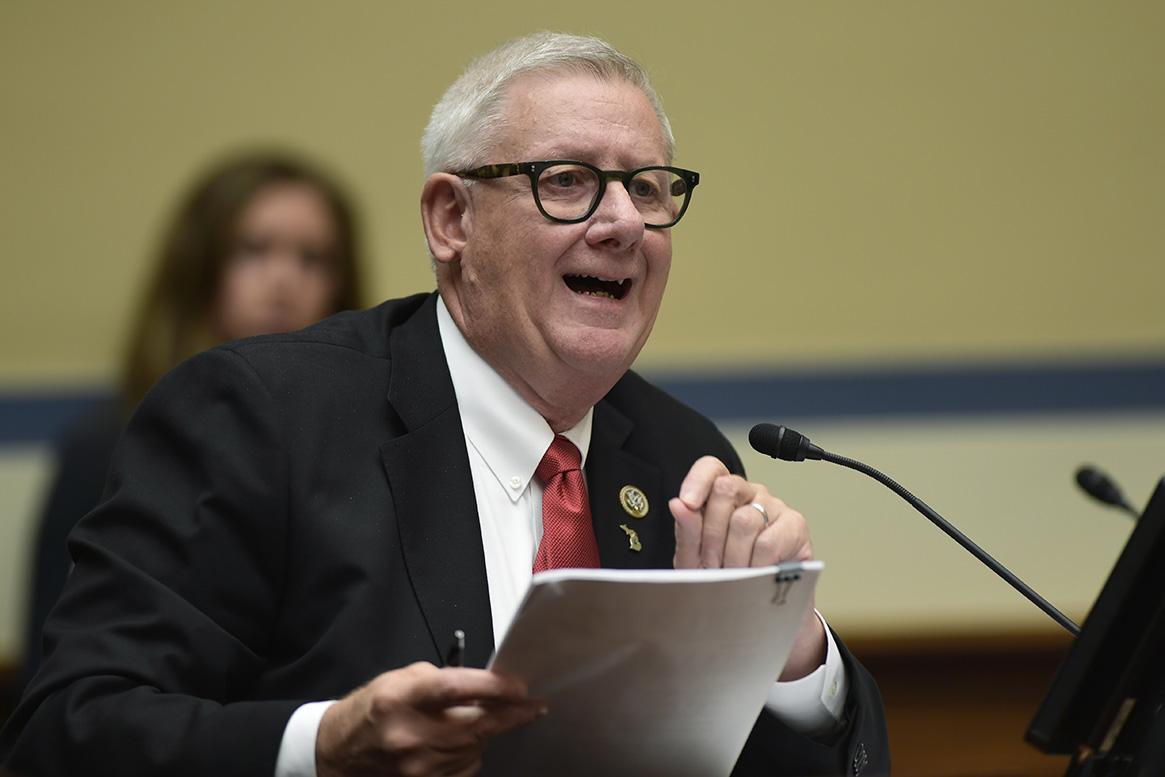 Rep. Paul Mitchell, R-Mich., announced on the House floor Wednesday that he will not seek reelection to Congress. The two-term lawmaker spoke of his disillusionment with Washington rhetoric and politics and his desire to spend more time with family.

“A career in Washington has never been my objective,” Mitchell said. “My objective has always been to simply work to address significant challenges this nation faces: healthcare, immigration, and infrastructure, for example.”

Mitchell was one of the earliest GOP lawmakers to criticize President Donald Trump for telling four progressive House lawmakers to “go back” to where they came from. He said while he shared “the political frustrations with some members of the other party … these comments are beneath leaders.”

Kyle is a WORLD Digital news reporter. He is a World Journalism Institute and Patrick Henry College graduate. Kyle resides in Purcellville, Va.

I still say that the gov't has money. It's on a "need to know" basis.

Think about it. Our gov't gets money from all corners of life and business.

It's like our city gov't here, they always seem to be flush with lots of money. They don't give any back. They just look for places to spend it. Then they pat each other on the back, and people award them for philanthropical deeds using money that isn't theirs.