The ability of honeybees to pass immunity to certain diseases from one bee to another has baffled scientists for years. Now, in a study published in the journal Cell on May 14, researchers uncovered the answer, and it makes the term “intelligent design” seem like “the understatement of the century,” Gordon Wilson, an environmental scientist and professor at New Saint Andrews College in Moscow, Idaho, said in a paper published June 26 on the Answers in Genesis website.

When bees visit flowers, they pick up and ingest tiny fragments of RNA left by viruses, bacteria, fungi, and other sources that can trigger immune responses. The new study describes how bees transfer that immunity to the colony’s other bees and developing larvae.

Similar to how mammary glands produce milk, bees have a gland in their heads that produces a protein-rich substance called royal jelly, which absorbs the RNA fragments worker bees ingest from the environment. Nurse bees feed the royal jelly to the hive’s developing larvae for their first three days of life, which transfers disease immunity to the larvae.

After three days, nurse bees continue to feed royal jelly only to the larvae selected to become queen bees, which feast on the substance their entire lives. The rest receive a diet of beebread, a nutritional substance created by a mixture of pollen and nectar, which causes their ovaries to shrink and die so they develop into sterile worker bees. The RNA fragments in the beebread protect larvae and adult bees that eat it from infectious diseases.

To further ensure immunity, God designed bees to make special proteins that help prevent the RNA fragments in pollen from breaking down. The bees also produce a sticky substance that protects the transfer of RNA fragments from bee to bee or bee to larvae.

The RNA also regulates gene expression in plants, controlling the size, shape, and color of the flowers.

Only an exceedingly high degree of intelligent design could create this kind of coordinated, dynamic interplay among individuals of a species, as well as between species, Wilson said. 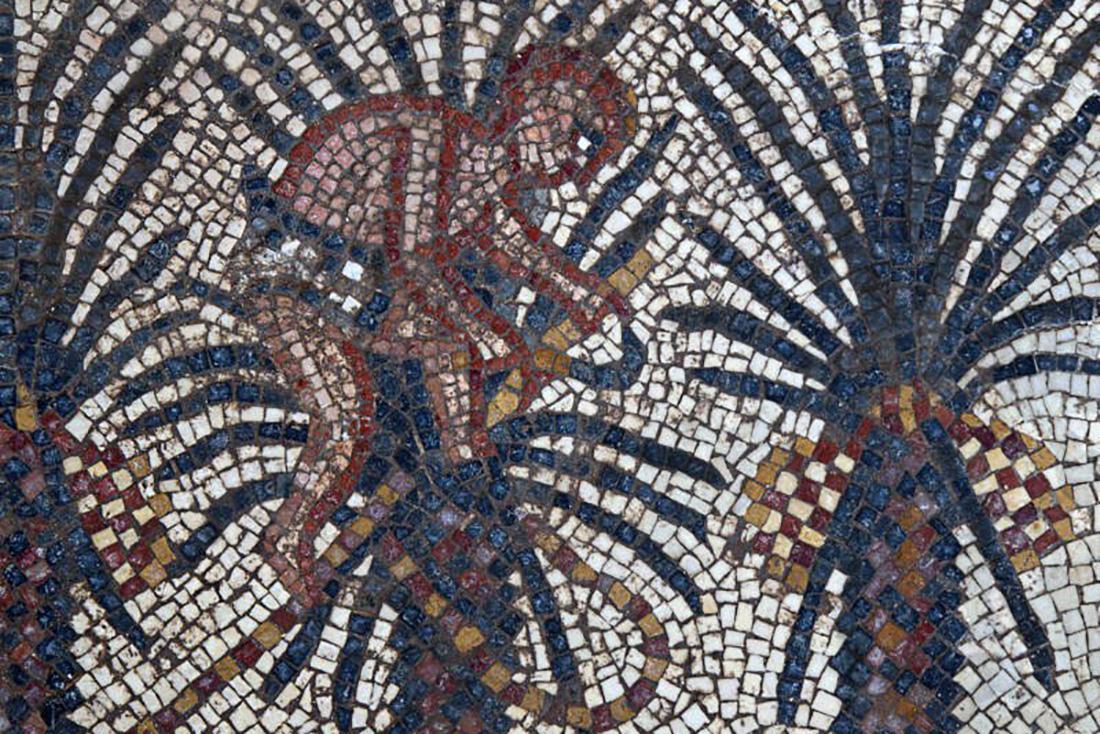 A team of research specialists from the University of North Carolina at Chapel Hill discovered a 1,600-year-old mosaic in the remains of a synagogue at the site of the ancient village of Huqoq in Israel’s lower Galilee. The fifth-century stone mosaics depict two Old Testament accounts.

An Aramaic inscription on one of the mosaics identifies it as the four beasts, representing four kingdoms, described in Daniel 7. The artwork shows the first beast as a lion with eagle’s wings, but the lion and the third beast are not distinguishable. The second beast from Daniel 7:4, a bear with three ribs protruding from its mouth, and fourth beast, described as having iron teeth and 10 horns, both appear well-preserved. Jodi Magness, director of the Huqoq excavations, said the Daniel mosaic points to end times expectations among this ancient congregation.

The team also uncovered the first ancient Jewish art showing Elim, the second place that the Israelites camped after God parted the Red Sea when Moses led them out of slavery in Egypt. In Exodus 15:27, the Bible describes Elim with 12 springs of water and 70 palm trees.

Three horizontal panels divide the mosaic. One strip shows men wearing loincloths harvesting clusters of dates and sliding them down ropes held by other men. The second section portrays a row of wells alternating with date palms. And the third panel depicts a man in a short tunic carrying a water jar and entering the arched gate of a city flanked by battlement towers. An inscription above the gate reads, “And they came to Elim.”

Elim is a fairly minor episode in the Israelites’ desert wandering, so the mosaic raises questions about its significance to this ancient congregation, Magness noted in a statement. —J.B. 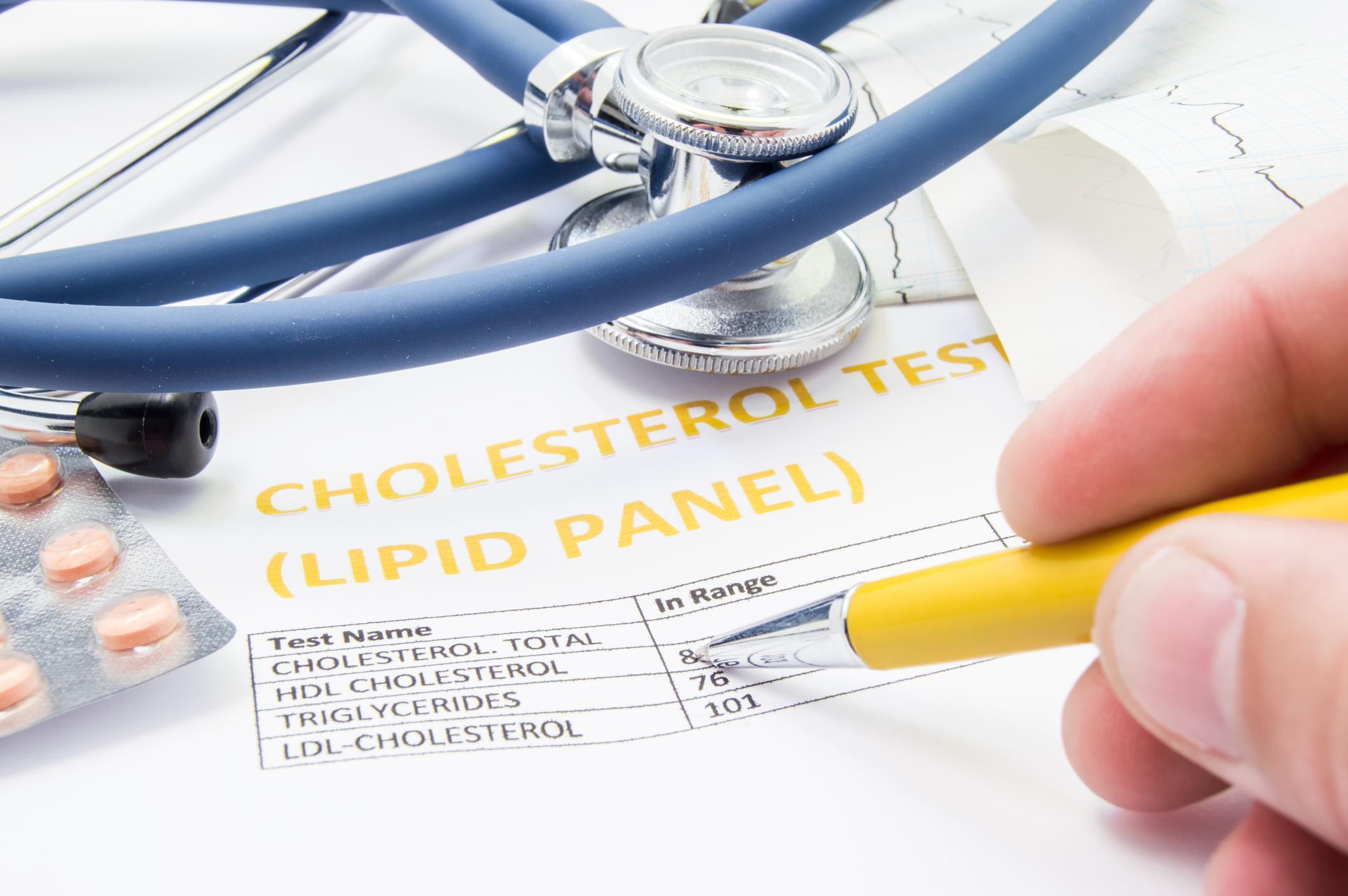 Too low cholesterol may cause stroke

Less cholesterol may not always be better, according to a study published July 2 in Neurology.

Health guidelines recommend lowering cholesterol to reduce the risk of heart disease and ischemic stroke, but Pennsylvania State University researchers discovered that too low cholesterol levels may significantly increase the risk of hemorrhagic stroke, which results when a blood vessel bursts in the brain, while ischemic strokes are caused by a clot blocking blood flow to the brain.

The researchers measured the LDL cholesterol, commonly referred to as bad cholesterol, of 96,043 participants with no history of stroke or heart attack at the beginning of the study and checked the levels annually for the next nine years. The scientists discovered that participants whose LDL levels dropped below 70 mg/dL experienced a significantly increased risk of hemorrhagic stroke. Participants with LDL levels between 50 and 69 mg/dL showed a 65 percent greater risk than those with levels of 70 to 99 mg/dL. That risk soared to 169 percent higher when LDL levels dropped below 50 mg/dL.

“As is true with many things in nutrition, moderation and balance is key when deciding the optimal target level of LDL cholesterol,” said Xiang Gao, one of the researchers and a professor of nutritional sciences at Penn State. “You can’t go to either extreme—too high or too low”

Those at high risk for hemorrhagic stroke due to a family history or risk factors such as high blood pressure should exercise caution about LDL cholesterol levels, he said. —J.B. 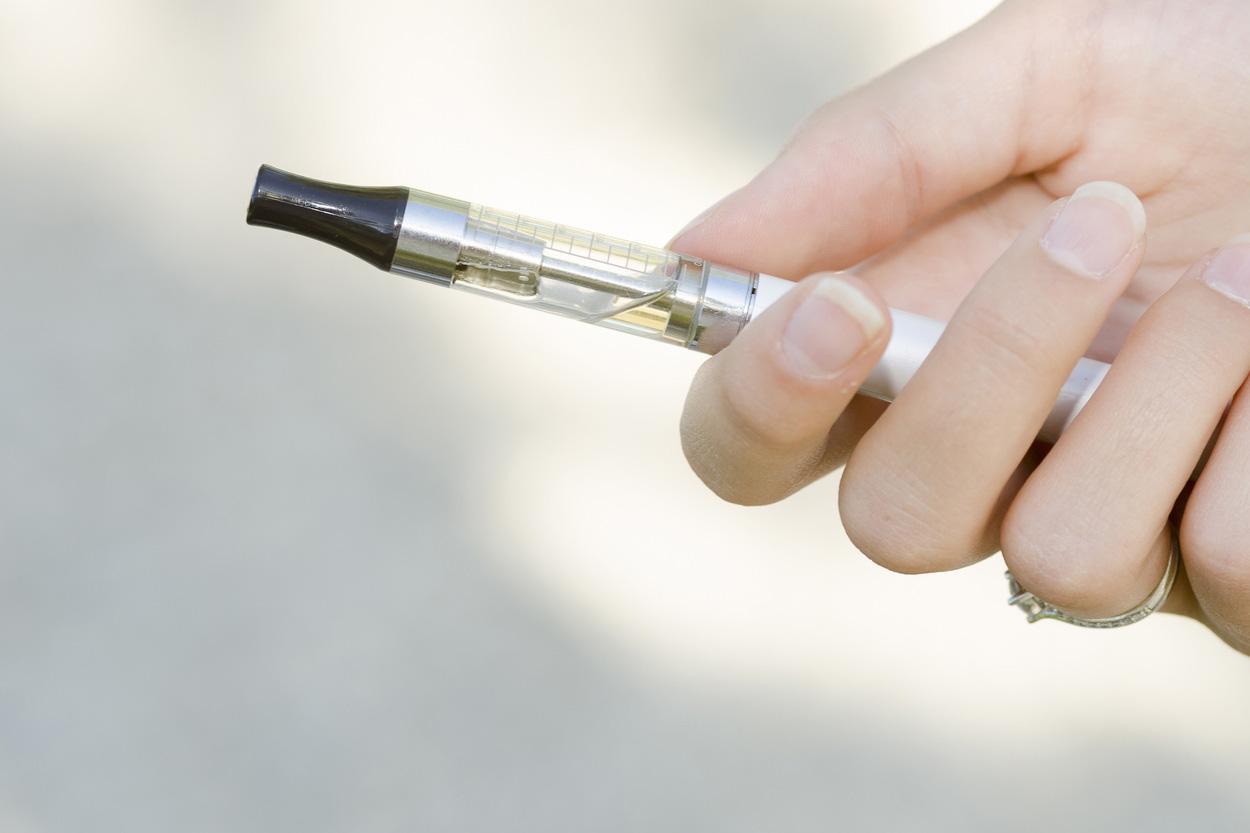 Manufacturers of e-cigarettes often market them as a safer alternative to cigarettes containing tobacco, but new research suggests they are far from harmless, especially for young people and unborn babies.

In a study published June 28 in iScience, a research team from the University of California, Riverside, studied the effect of aerosolized nicotine, like that used in e-cigarettes, on mouse brain stem cells. Brain stem cells can become any of a variety of specialized cells, such as blood or bone cells, and are more sensitive to toxins.

The researchers found that the high levels of nicotine in e-cigarettes flood special receptors on the outer membrane of brain stem cells, causing them to open up and allow calcium into the cell. Eventually, a calcium overload can damage or even kill the stem cell. Even short-term exposure can lead to disease or cell death, Atena Zahedi, one of the research paper’s authors, said in a statement.

Cell damage can accelerate aging, lead to neurodegenerative diseases, and pose a special danger during brain development, Zahedi said, adding, “Nicotine exposure during prenatal or adolescent development can affect the brain in multiple ways that may impair memory, learning, and cognition.” —J.B. 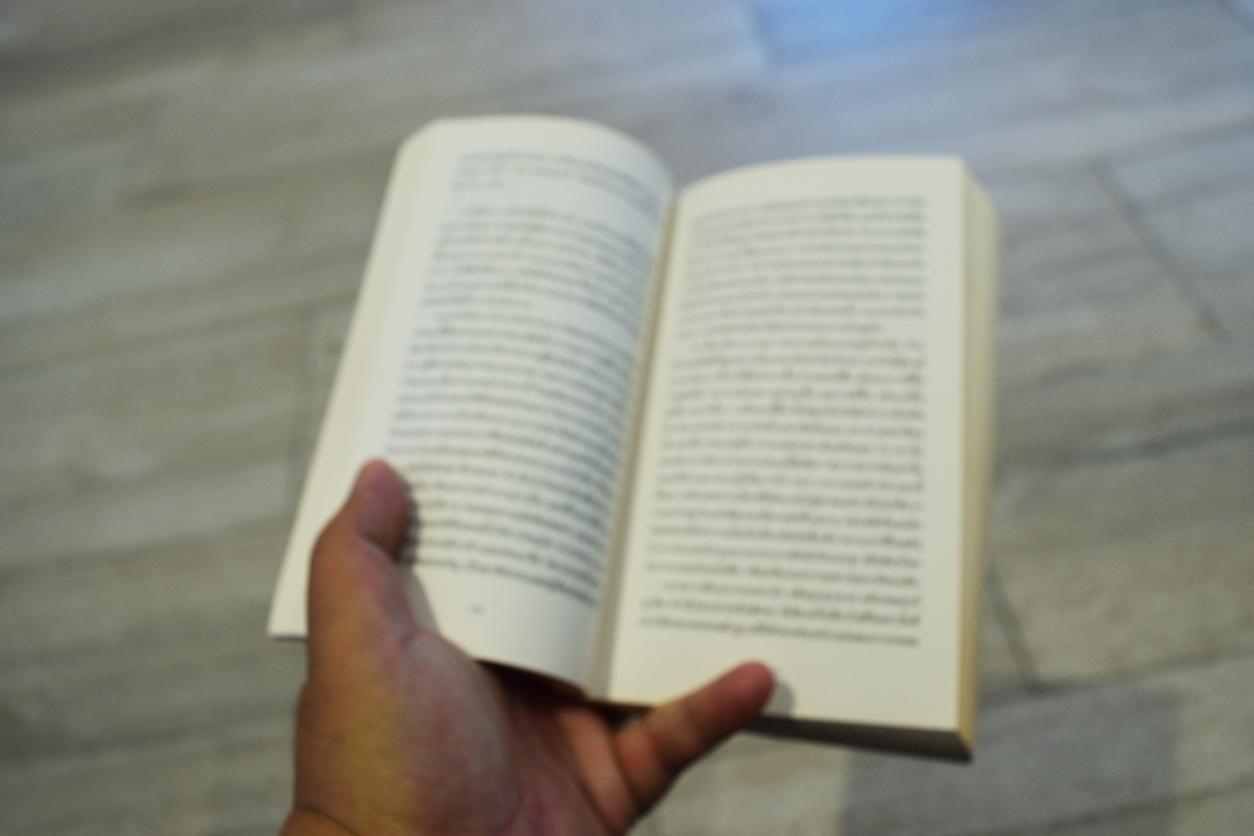 Stanford University engineers have developed a pair of smart glasses with eye-tracking technology to control autofocus lenses. The glasses may offer more natural vision to the more than 1 billion people suffering presbyopia, or farsightedness.

The paper describing the glasses appeared June 28 in the journal Science Advances. The prototype works much like the natural lens of the eye, with fluid-filled lenses that bulge and thin as the field of vision changes. Eye-tracking sensors determine the precise distance of an object, and a software system uses the eye-tracking data to keep the lenses in perfect focus.

Most people with farsightedness need to undergo surgery, wear contact lenses, or use bifocals, progressive lenses, or reading glasses. Wearers of progressive lenses need to align their heads in order to properly focus on an object, and the lenses offer little or no peripheral focus, which can lead to a higher risk of falls and injury.

The researchers tested the autofocus glasses on 56 people with presbyopia. The subjects reported the lenses performed better during reading and other tasks than progressive lenses.

The prototypes look like virtual reality goggles, but the team hopes to streamline them to produce lightweight and stylish autofocals, Gordon Wetzstein, one of the researchers and a Stanford electrical engineer, said in a statement. —J.B.