The American Academy of Pediatrics (AAP) issued an updated policy statement on spanking last week, calling it a harmful and ineffective disciplinary tool.

The position paper, the official opinion of the AAP and guidance for its 67,000 pediatrician members, cites studies suggesting spanking may affect normal brain development and increase aggression in young children. “There’s no benefit to spanking,” concluded Robert Sege, a pediatrician at Tufts Medical Center in Boston and an author of the policy statement. “We know that children grow and develop better with positive role modeling and by setting healthy limits. We can do better.”

But critics argue the updated statement from the AAP relies on poorly designed, correlation-based studies to defend its claim that spanking is counterproductive and inappropriate.

The AAP has been on an anti-spanking trajectory for decades. In 1996, the organization held a conference on corporal punishment with key doctors and experts. Den A. Trumbull, a private pediatrician in Montgomery, Ala., and past president of the American College of Pediatricians (ACP), a socially conservative physician advocacy group, attended that conference. He told me the co-leaders of the meeting concluded better studies on corporal punishment were needed but noted that spanking in and of itself was not harmful. Despite this, two years later the AAP released a policy statement discouraging spanking in response to misbehavior in children.

Last week’s statement is the first official AAP update since 1998, and Trumbull, who has spent nearly 30 years pushing for good science on spanking, argues the new policy has no better backing than the first.

“[The AAP] has issued a prohibition against spanking by parents without thoroughly and objectively testing its effectiveness in young children, failing to use specific methods, and failing to specify the behavioral situations,” he said. “No medical treatment would ever be studied using the techniques they’ve used. … You would never study the effectiveness of a medication without first specifying the dosage, the patients it will be used on, the duration, the frequency—all these things.”

But that’s what these studies do, said Trumbull. Instead of prescribing a specific method, setting, and age group for spanking, researchers instead rely on finding families who say they are spanking: “Oh you spank? I’m going to study you.”

Defending any form of corporal punishment can prove difficult in today’s secular society, and discouraging it across the board would, of course, counter the very real abuse some children face at the hands of parents who claim they are “just spanking.” But, in light of the AAP statement, what should parents do when redirection and mild consequences fail? How should parents spank their children?

Last week the ACP released a statement pushing back against the new AAP policy. The ACP argues that spanking can be used effectively under very specific guidelines: for children ages 2-6, with a forewarning, in private, never in anger, never causing physical injury, and always followed by a verbal review of what happened and a reassurance of unconditional love. When used that way, the ACP argues the highest-quality studies have found it can be a helpful enforcer of milder measures, like timeouts, strengthening the milder measures and diminishing the need for spanking later.

Instead, the AAP leaves parents “empty-handed with a noncompliant child who fails to respond to timeouts or the limited amount of reasoning a parent might attempt,” said Trumbull.

Although spanking at home is legal in all 50 states, support for the practice among U.S. parents is dropping—the AAP statement cited research showing younger parents are less and less likely to support corporal punishment.

When asked why spanking has fallen out of favor despite a lack of good science to show its harms, Trumbull said we live in a more permissive and busy society, where parents increasingly rely on pacifiers or electronic screens to entertain their children. It appears children are well-behaved when they are just distracted. He also said society has embraced the assumption that children will find the right way if left to their own devices. “But research has shown that children are self-centered and self-focused … and they need correction,” Trumbull said.

The Bible has said so all along, affirming that children are born sinful and need correction, and that corporal punishment is one of the tools of Biblical discipline: “Whoever spares the rod hates his son, but he who loves him is diligent to discipline him” (Proverbs 13:24, ESV).

To love children also means affirming them, and Trumbull said that is a key to a parenting relationship based on love and affection: “Acts of affirmation should outnumber your acts of correction.” 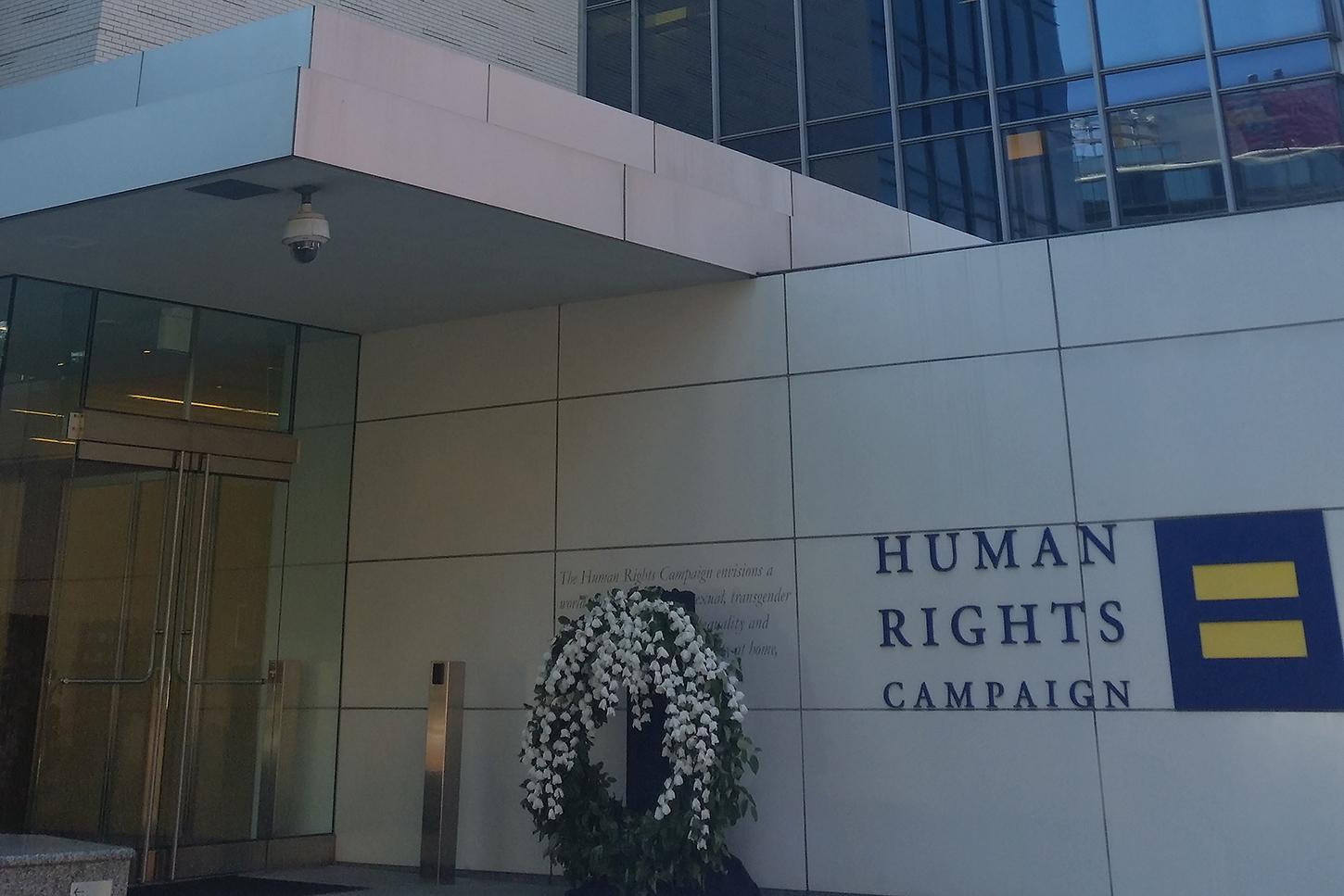 The headquarters of the Human Rights Campaign in Washington, D.C. Wikimedia Commons/RightCowLeftCoast

More than 100 major U.S. businesses have signed a statement condemning any action by the Trump administration to establish a legal definition of “sex” based on biology for federal statutes. A who’s who of big tech companies—Amazon, Apple, Facebook, Google, IBM, and Microsoft—as well as large finance, retail, service, and manufacturing companies like Bank of America, Coca-Cola, Marriott, and Uber signed the “Business Statement for Transgender Equality,” released on Nov. 1.

“We oppose any administrative and legislative efforts to erase transgender protections through reinterpretation of existing laws and regulations,” the statement said. “We also fundamentally oppose any policy or regulation that violates the privacy rights of those that identify as transgender or gender non-binary, or who are intersex.”

The LGBT activist group the Human Rights Campaign, one of two major backers of the statement, said this week that the companies that have signed so far represent more than 7 million employees and have a collective annual revenue of more than $3.2 trillion.

But what about the likely thousands of employees in those companies who hold Biblical convictions?

Al Miyashita, a former IBM employee who now works as the New York City director for The Navigators, a Christian discipleship ministry, said this progressive push within some companies means Christian employees will likely feel pressure to keep their Biblical views of gender and sexuality quiet for fear of being persecuted.

His recommendation as he disciples Christians working for businesses with progressive positions: Be a Daniel. “Daniel and his friends did not compromise on any of their beliefs,” he told me, noting the Old Testament heroes stood by their faith even when it meant imprisonment and punishment.

“Christians can continue to be faithful employees with high integrity where they work,” said Miyashita, adding that Christians in business must call on the Lord for wisdom and grace: “Wisdom to know what to do, and the grace to have the ability and courage to do the right thing.” —K.C.

A bold bishop takes a stand for marriage

An Episcopal bishop in upstate New York issued a directive over the weekend barring same-sex marriages in his diocese just weeks before a resolution establishing liturgy for same-sex marriage goes into effect for his denomination across the country.

The Rev. William Love said the new policy “turns upside down over 2,000 years of Church teaching” about marriage. “The Episcopal Church and Western Society have been hijacked by the ‘Gay Rights Agenda,’ which is very well organized, very strategic, very well financed, and very powerful,” he wrote in the eight-page letter.

The Episcopal Church Presiding Bishop Michael Curry said on Monday he is reviewing the situation and will soon decide on “appropriate actions.” —K.C.