Mid-July is usually a perfect time for school administrators and teachers to catch up on reading, take a family vacation, or polish mostly finished plans for the fall semester. But a normal summer break is another victim of COVID-19: Education officials nationwide are grappling with plummeting budgets, rapidly changing state and local health protocols, and uncertainty on just about every front. Meanwhile, the clock relentlessly counts down toward the start of the new school year.

Despite the legion of unanswered questions, school leaders are starting to pull together their back-to-school plans. But varying needs across the country and changing health recommendations continue to cast doubt on what students can expect when they return. And federal education officials also are weighing in on how they think districts should balance health and teaching needs during the ongoing coronavirus pandemic.

Some schools are preparing for the worst. Los Angeles and San Diego are opting for a completely virtual start to the year. Similarly, Milwaukee and some Houston-area schools plan to begin the year online with the option of switching to in-person classes if health conditions improve.

Other districts are working on hybrid plans. Last week, New York City Mayor Bill de Blasio announced that the Big Apple’s more than 1 million public school students will return to physical classrooms just a few days per week and spend the rest of the time online. Schools in Hawaii will start up the first week of August with a mix of in-person and distance instruction, although administrators are squabbling over just how much they should spread out desks for proper social distancing.

And some administrators remain hopeful school can look somewhat normal. While Chicago has yet to release its plans, Detroit is prepping for classrooms capped at 20 students, while bolstering online resources for those who cannot attend in person. Officials in states such as Wyoming and Montana, where COVID-19 deaths remain rare, argue that they don’t need any adjustments and want to start the new school year unencumbered by pandemic precautions.

Meanwhile, President Donald Trump announced that the Centers for Disease Control and Prevention would release new guidelines for schools sometime this week. The CDC’s May guidance sparked controversy with its costly list of recommendations, including drastically reduced class sizes, limited recess and extracurricular activities, and severe restrictions on how many riders school buses should accommodate. CDC Director Dr. Robert Redfield later clarified that the agency would not revise the original recommendations but would publish supplemental information to help schools plan, declaring, “Our guidelines are our guidelines.” Leaked internal documents from the CDC last week rated full-size, in-person classes in the highest risk category.

But the president and Education Secretary Betsy DeVos are pushing for as much in-person instruction as possible. DeVos even warned last week that the agency could hinge the availability of federal funds on whether schools open for in-person instruction this fall. Even though federal dollars represent a small portion of most school budgets, that could put a squeeze on districts that already have announced online-only plans. Recognizing that schools will need more money to open safely, Vice President Mike Pence said on Monday that the administration is working to put more support for schools in the next round of coronavirus aid: “We’re in active discussions with leadership in the Congress about additional education funding support in the upcoming relief bill.”

Meanwhile, surveys show that only 21 percent of teachers are comfortable returning to the classroom for in-person instruction, and 47 percent of parents are seriously considering homeschooling for the upcoming year.

Uncertainty, it seems, appears to be the only certain thing around. 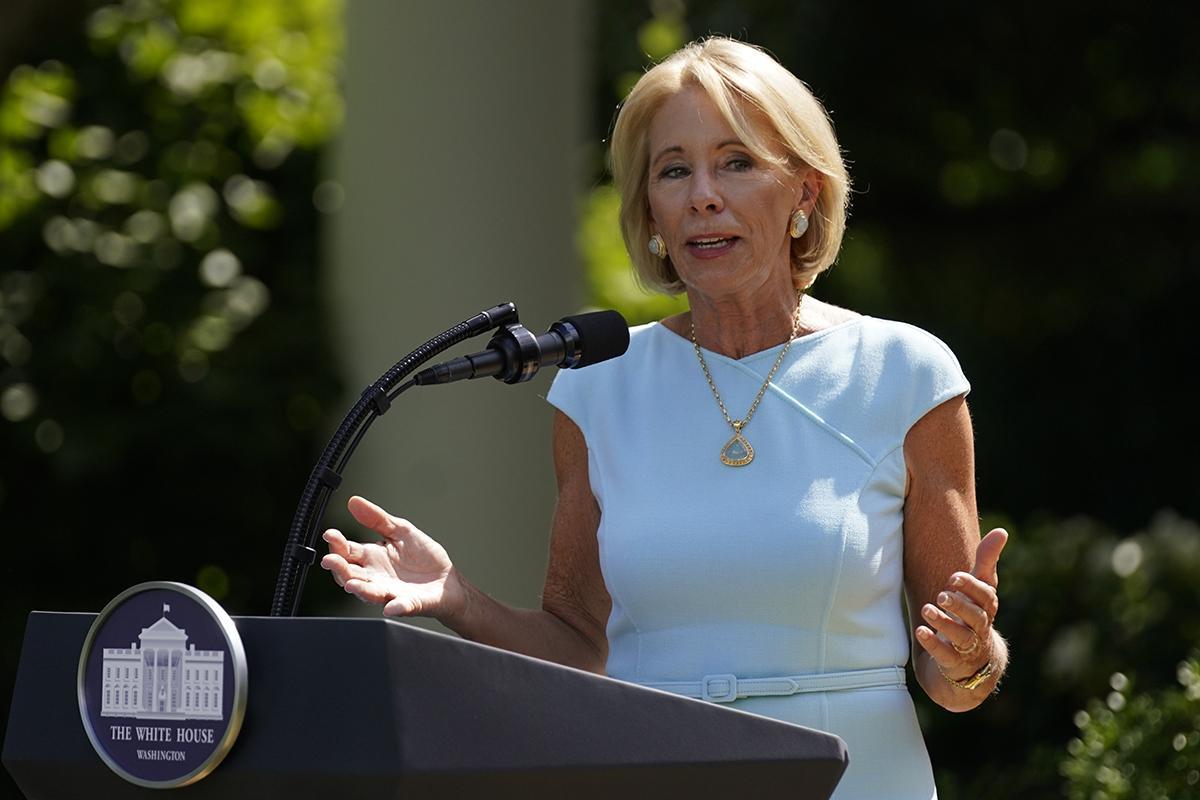 Five states and the District of Columbia filed a lawsuit against Secretary of Education Betsy DeVos and the U.S. Department of Education on July 7 claiming that the agency is unlawfully attempting to divert coronavirus aid funds from public to private schools. The lawsuit is the latest volley in a complicated monthslong exchange between federal education officials and states over how to distribute the more than $13 billion in coronavirus relief aid to schools.

The two sides disagree over the funding formula used to divvy up the money between public and private schools. States initially planned to release the funds according to a standard formula based on the number of Title I low-income students in both types of schools. In April, DeVos announced additional guidance that appeared to skew the formula in favor of private schools by accounting for all their students while only counting low-income students in public schools. After many states complained, she reaffirmed the guidance, but this time with the force of law.

California, Michigan, Maine, New Mexico, Wisconsin, and the District of Columbia argue that interpretation of the stimulus package formula is at odds with the plain reading of the text and will redirect millions of dollars from struggling public schools to well-funded private ones.

“The U.S. secretary of education manufactured guidance and their rule that favored nonpublic schools at the expense of public schools in a way neither intended nor enacted by Congress,” said Michael Rice, Michigan state superintendent of public instruction. —L.E. 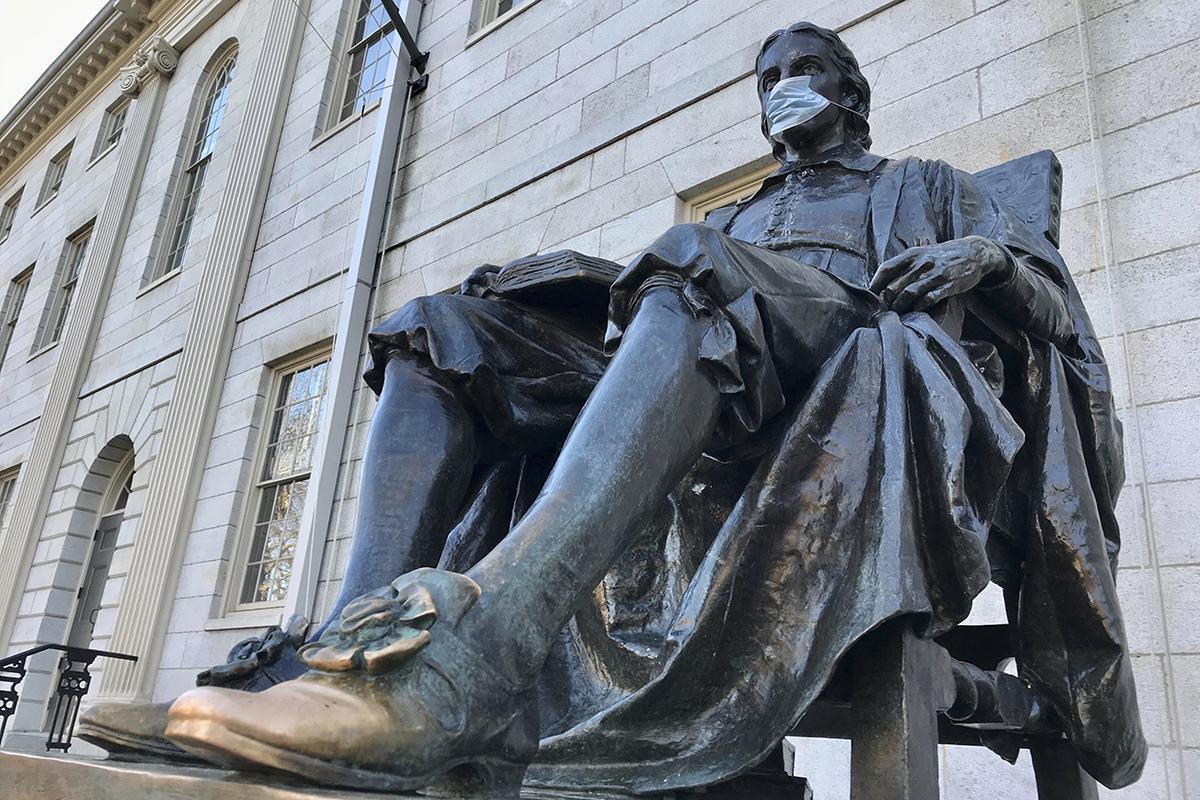 Harvard University officials announced on July 6 that the Ivy League school would offer the upcoming academic year’s undergraduate programs completely virtually and that even students living on campus will attend via video link. Harvard will house freshmen on campus for the fall semester and offer a limited number of additional spots to students “who cannot learn successfully in their home environment.” In a letter, the university cited the population density and the high number of COVID-19 cases in the Boston area in its decision.

“Harvard was built for connection, not isolation,” wrote University President Lawrence S. Bacow, Faculty of Arts and Sciences Dean Claudine Gay, and Harvard College Dean Rakesh Khurana. “Without a vaccine or effective clinical treatments for the virus, we know that no choice that reopens the campus is without risk.”

The university prioritized acclimating first-year students to college life on the urban campus, the letter said. But those students will live in single bedrooms scattered across the 5,000-acre property, and the school will largely restrict them from university grounds and buildings, prompting many to question how much campus life they’ll end up experiencing.

Harvard officials also have said they have no plans to adjust the university’s going tuition rate of $49,653 to account for online-only education. —L.E. 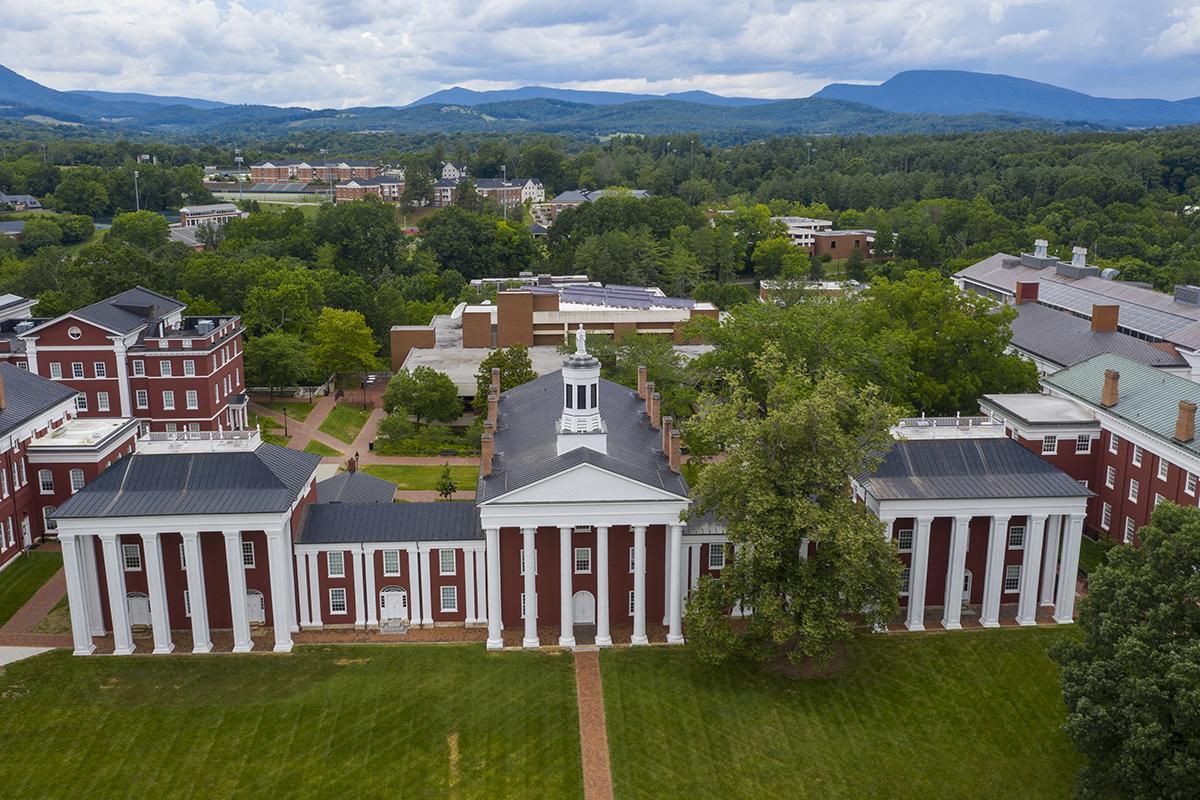 What’s in a name?

Faculty members at the historic Washington and Lee University voted overwhelmingly on July 6 to strip the name of Confederate Gen. Robert E. Lee from the school’s name. In addition to recent surging racial tensions nationwide, they said the name has fueled years of controversy at the liberal arts school in Lexington, Va. While the vote does not authorize a name change, the school’s board of trustees pledged to consider the matter.

“We have been known as Washington and Lee University for 150 years,” said Mike McAlevey, chairman of the board of trustees. “Reviewing the name of a distinguished and historic institution is a task not to be taken lightly.”

Originally founded as Augusta Academy in 1749, the school changed its name several times before becoming Washington College in 1813, honoring the nation’s first president. Lee became the school’s president just months after surrendering to Union forces in 1865. He served for five years until his death in October 1870, after which the school added his name. —L.E.

While thousands of newly minted high school graduates across the country can list “valedictorian” on their resumes, not many can add “perfect attendance” as well. Ashanti Palmer from Mount Vernon, N.Y., claims both honors, sporting an unbroken run of more than 4,650 consecutive days of school attendance that goes back to preschool.

“In terms of my perfect attendance, it wasn’t something that I sought out,” Palmer told WABC-TV in New York. “I knew that showing up to school every day was important, because even missing one day can set you back. It wasn’t until 10th grade that I realized I hadn’t missed a day, and then I wanted to keep up the streak.”

Palmer’s faithfulness paid off. Not only did she achieve valedictorian distinction at Nellie A. Thornton High School, but she also secured more than $430,000 in scholarships to fully fund her upcoming biomedical engineering degree at Rensselaer Polytechnic Institute in Troy, N.Y. —L.E.