New data from the U.S. Food and Drug Administration reveals a staggering number of complications from drug-induced abortions, which are likely even more common than reported. Abortion advocates, meanwhile, continue to call the drugs safe and push for lower restrictions on them, including making them available over the counter.

Mifepristone is taken with the drug misoprostol to end a baby’s life and send the mother into labor. Pro-abortion advocates refer to the procedure as “medication abortion,” but Donna Harrison, director of the American Association of Pro-Life Obstetricians and Gynecologists, told me there is nothing medical about it.

“These 24 women are otherwise healthy women who are now dead because they took Mifeprex,” said Harrison, an OB-GYN physician. “[Abortionists are] giving you Mifeprex to kill your baby, and sometimes it kills you.”

She said the numbers of adverse events given by the FDA could represent fewer than 5 percent of the actual complications from mifepristone. For other drugs, she said, pharmaceutical experts estimate a complication reporting rate of only 5 to 10 percent. With mifepristone, it is probably lower because of the convoluted reporting process, Harrison said.

The FDA gets about 95 percent of its reports from the drug’s manufacturer, Danco Laboratories, which receives its reports from abortionists. Harrison said the mifepristone complication reports, which she is in the process of reviewing, lack the detail of a typical adverse event report, which would include a full patient history, exam, and lab results, among other details. Harrison is finding mifepristone event descriptions usually consist of only a couple sentences.

“No labs. No pre-op. No hospital course summary, nothing,” she said. “It’s just checking a box so that Danco can say it filed a report, but not with any content that would actually allow for any analysis of the event.”

Abortionists usually don’t see their patients after a complication. Abortion facility websites routinely tell women to go to an emergency room if they pass blood clots larger than a lemon. Doctors there might not know the woman is having complications due to an abortion, nor do they keep track of them for billing purposes.

“They code [medical bills] for hemorrhage. They code for miscarriage,” said Clarke Forsythe, senior counsel at Americans United for Life. “It’s not surprising that their figures for deaths from surgical or chemical abortion are undercounted in the U.S. because of the filters in the public health system.”

Patrina Mosley, director of culture of life and family at the Family Research Council, told me that up to 10 percent of the time, chemical abortions don’t complete the process and an abortionist must surgically remove the dead baby to prevent infection.

“It’s very traumatizing,” Mosley said. “I don’t understand why something like this is still continually being marketed as safe.”

Meanwhile, abortion advocates are pushing for the FDA to relax its standards further for mifepristone. In 2016, the agency reduced the required dosage, dropped the number of required visits from three to two, and made it possible for a nurse practitioner to prescribe the drug. The number of drug-induced abortions skyrocketed as a result and now make up the majority of abortions in some states.

In California, the legislature is considering a bill that would require state college student health centers to dispense the drug. Gov. Gavin Newsom, a Democrat, has said he will sign the bill. In 2017, the American Civil Liberties Union filed a suit on behalf of a Hawaii abortionist and three medical groups to overturn FDA restrictions on the drug that prevent it from being available over-the-counter.

“With the medical abortions, these nurses and mid-level practitioners are not going to be handling the hemorrhages, the massive infections,” Harrison said. “They are going to dump their complications on the emergency room. If a surgeon did that, that would considered unethical behavior. And yet many abortionists simply dump their complications on the ER and say, ‘Somebody else will take care of that.’” 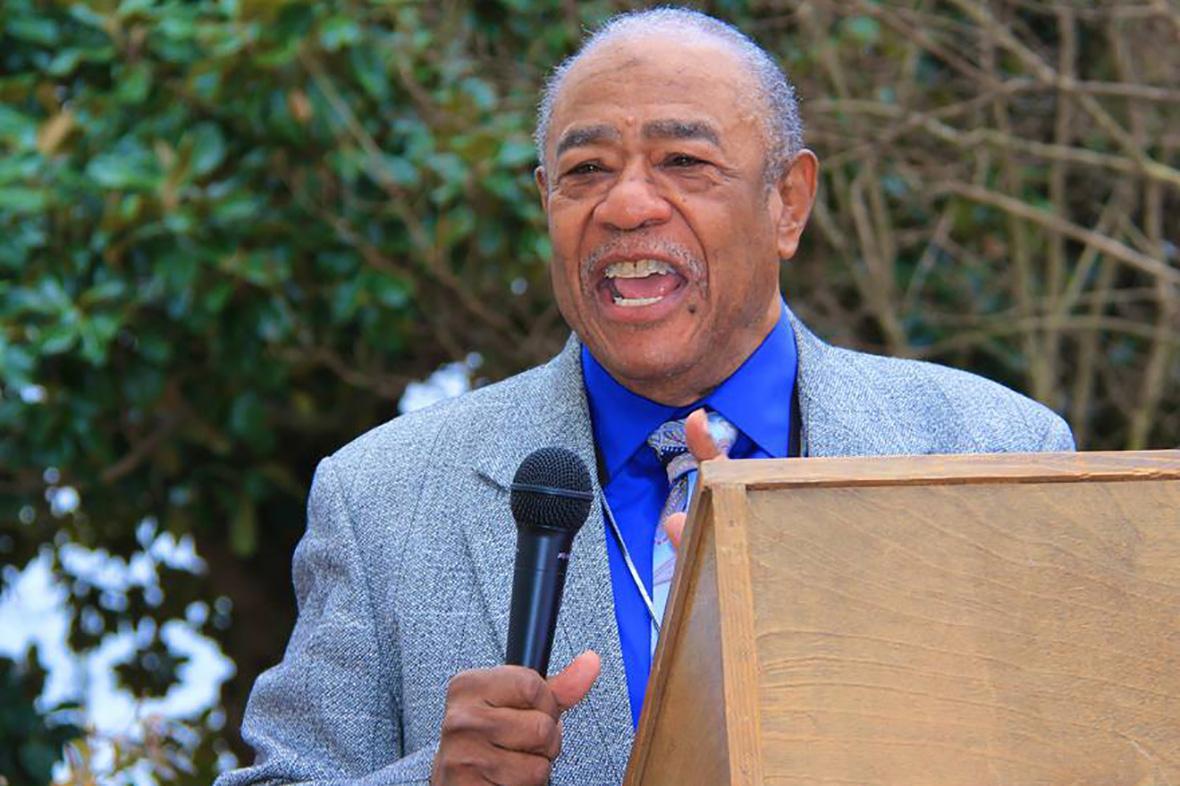 Comments from Alabama state Rep. John Rogers elicited heavy criticism from pro-lifers but no apology from Rogers. During his remarks against the “Human Life Protection Act,” a bill that would make abortion a felony in the state, Rogers said that women should be allowed to choose to abort their babies.

Donald Trump Jr., President Donald Trump’s oldest son, tweeted that the comments were “sickening” and “makes Ralph Northam look like a moderate on abortion.” Northam, the governor of Virginia, made remarks in January about the births of infants who were severely deformed that some people construed as an endorsement of infanticide.

Rogers’ response was just as bad as his original remark. He told a local media outlet that Donald Trump Jr.’s mother should have aborted him: “Donald Trump’s son, I know there’s something wrong with that boy. I look at him and can tell something is wrong with him. That’s the best defense I have right there for an abortion, looking at him.” —S.G. 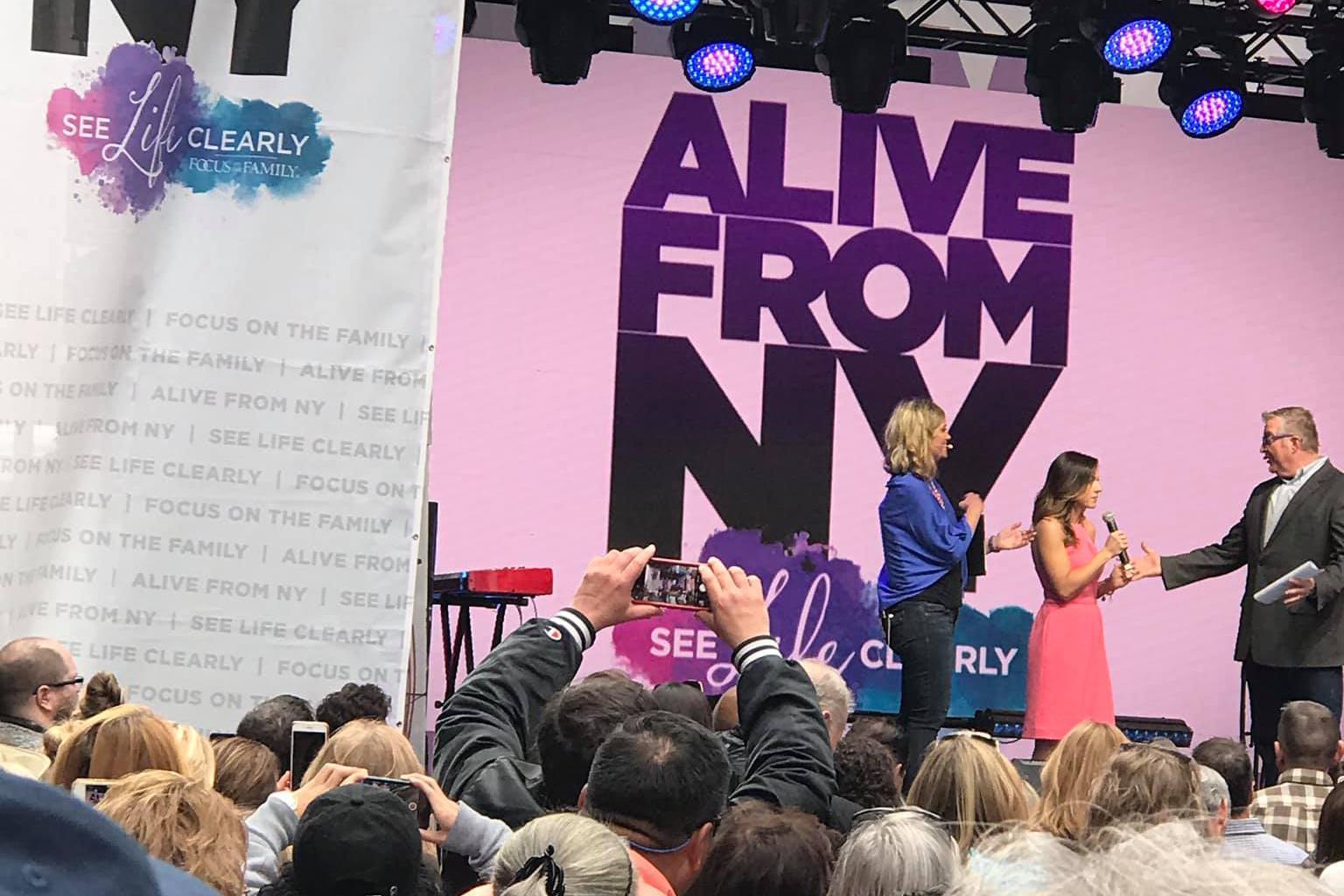 New York: Several thousand pro-life advocates gathered in the streets of New York City on Saturday for a peaceful demonstration. WORLD Magazine’s Emily Belz attended and tweeted that it was “a rare/weird event for New York and every New Yorker there I interviewed said they had never done activism on this before.” Abby Johnson, the former Planned Parenthood director whose life inspired the movie Unplanned, had a live ultrasound of her 36-week-old unborn baby that was broadcast on screens in Times Square.

Oklahoma: The state Supreme Court ruled 7-1 on Tuesday that a law requiring abortionists to follow old Food and Drug Administration rules on abortion drugs is unconstitutional. The FDA relaxed the standard procedures for use of the mifepristone in 2016, but the Oklahoma law hearkened back to the previous rules. Under the new rules, abortionists can dispense the drug to mothers up to 70 days into a pregnancy. The previous limit was 49 days.

Texas: The state Senate gave initial approval to a bill that would require abortion centers to tell women the risks involved with abortion and alternatives to abortion. The law requires a pamphlet counselors must hand to women to contain medically accurate information. “The bill is built to provide that kind of a support so that no woman has to ask, ‘What if I had known?’” said Sen. Angela Paxton, a Republican who authored the bill. —S.G.

For the first time in a decade, euthanasia numbers in the Netherlands dropped last year by 7 percent. Doctors euthanized 6,126 people in 2018, down from 6,585 in 2017. Pro-life advocates attribute the drop to high-profile euthanasia investigations, but health officials said they did not know the reason for the decline. Health Minister Hugo de Jonge has commissioned a study of the cause of the reduction. —S.G.

Gabby Skwarko apologized last week for attacking pro-life advocates in Toronto in October 2018. In November, Skwarko assaulted Katie Somers and Blaise Allyene, who were holding pro-life signs at a demonstration. Skwarko pleaded guilty to assault and is scheduled to be sentenced Friday. —S.G.