Assisted suicide on the rise

Euthanasia and assisted suicide numbers continued to rise last year in Belgium and in Oregon, according to official reports released last month.

The number of deaths by euthanasia, which doctors can administer, has historically grown at a much higher rate than assisted suicide, which people must self-administer. But 2018 saw an increase of just 2 percent in Belgium compared to 14 percent in 2017. Alex Schadenberg, director of the Canada-based Euthanasia Prevention Coalition, told me that the slowdown likely is due to recent high-profile investigations of euthanasia cases in the country. Earlier this year, the European Court of Human Rights decided to hear the case of Tom Mortier, who said that doctors wrongfully approved his mother’s euthanasia. Last year, three Belgium doctors faced a criminal investigation for approving the death of Tine Nys, a woman diagnosed with a mild form of autism.

“I think all of it is connected to the fact that there has been some cold water on the situation,” Schadenberg said. “Doctors are being more careful because they have the fear of possible prosecution.”

Unlike previous years, Belgian doctors did not report euthanizing any minors in 2018. The age group with the most euthanasia deaths was adults in their 80s, accounting for nearly 30 percent of all cases. Meanwhile, 14 people between the ages of 18 and 29 and 10 people over 100 years old died by euthanasia.

Oregon, which legalized assisted suicide in October 1997, saw its highest number of such deaths in 2018, according to last month’s report. In 2018, 168 died from assisted suicide, up from 158 in 2017. So far, 2,217 Oregonians have died by assisted suicide since the practice became legal.

Lois Anderson, director of Oregon Right to Life, told me that this year’s report comes with a special irony: While the current legislature considers bills to help prevent Oregonians between the ages of 10 and 24 from committing suicide, it is also eyeing several bills that would broaden assisted suicide access.

“Oregon is really not dealing with depression, mental health, suicide, on any level, well,” she said. “And having legal assisted suicide for 21 years hasn’t helped the situation at all. In fact, it’s gotten worse. In the Capitol, this legislative session, they’re calling it a suicide crisis.”

Anderson said it sends a mixed message to call suicide numbers a crisis while allowing certain ill people to swallow doctor-prescribed, life-ending drugs. Among U.S. states, Oregon ranks 36th for its suicide rate, with 19 out of every 100,000 deaths attributed to suicide. Following a national trend, that’s much higher than four years ago, when the suicide rate in Oregon was 14.9 out of 100,000 deaths. It’s currently the seventh leading cause of death for all Oregonian males and the 11th leading cause for Oregonian females.

Meanwhile, state legislators are considering multiple bills to broaden the existing Death with Dignity Act. H.B. 2232 would redefine “terminal disease,” removing the requirement that doctors expect the disease to cause death within six months to mean a disease that will “produce or substantially contribute to a patient’s death.”

The Oregon report cited other messy aspects of last year’s assisted suicide cases. Two physicians who failed to comply with the Death with Dignity Act were referred to the Oregon Medical Board, one person woke up after ingesting the lethal pills and died of an underlying illness, and the state doesn’t know the ingestion status of 43 people.

Notably, pain wasn’t one of the top three most cited reasons people wanted to die. The most common concerns were loss of autonomy, loss of ability to do enjoyable things, and loss of dignity. Schadenberg said fear rather than physical pain is the biggest driver of assisted suicide requests. He said the best way to help family members who have said they want assisted suicide is to tell them they won’t be alone, and that their life has value.

“You can’t mince words. You can’t say, ‘We prefer you not,’” he said. “No, you have to say, ‘We do not want this. We think this is the wrong way to go.’ And you have to be very clear that their life is important to you.” 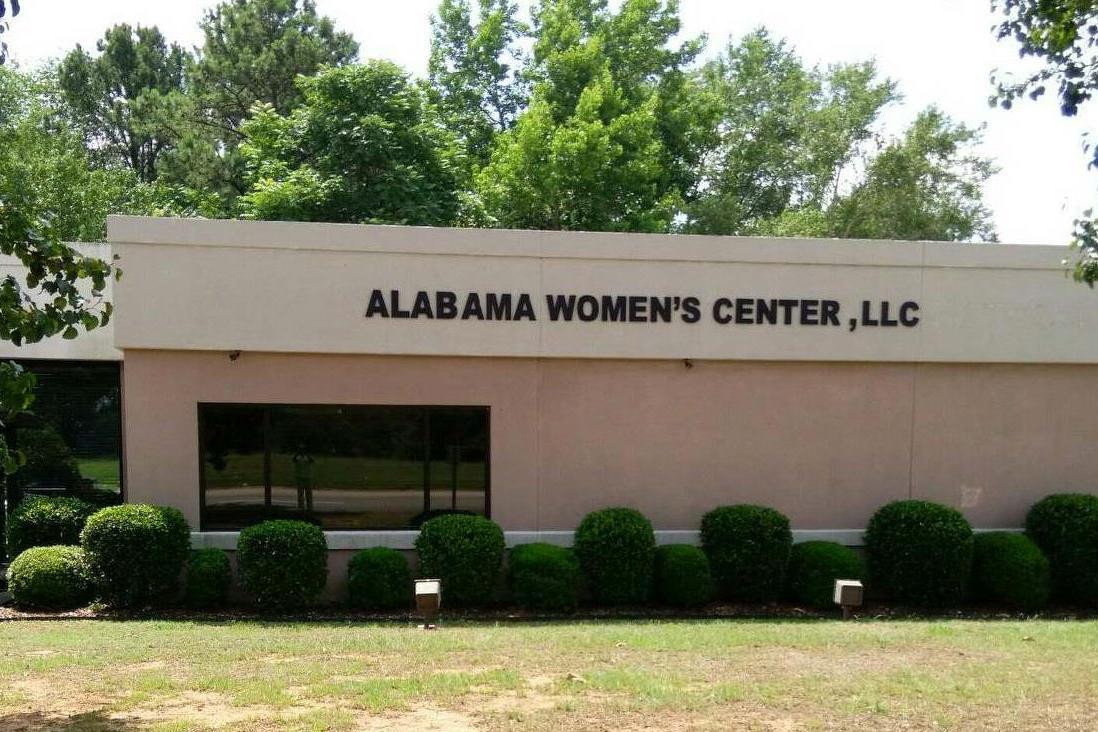 Last week, a judge approved an Alabama man’s lawsuit against the Alabama Women’s Center for Reproductive Alternatives. Ryan Magers says the abortion center in Huntsville, Ala., caused the wrongful death of his child.

According to the suit, when he was 19, Magers repeatedly pleaded with his 16-year-old girlfriend not to abort their unborn child. The baby was about six weeks along when the girlfriend had an abortion at the facility in February 2017.

Madison County Probate Judge Frank Barger ruled on Wednesday that Magers could go ahead with his case. —S.G. 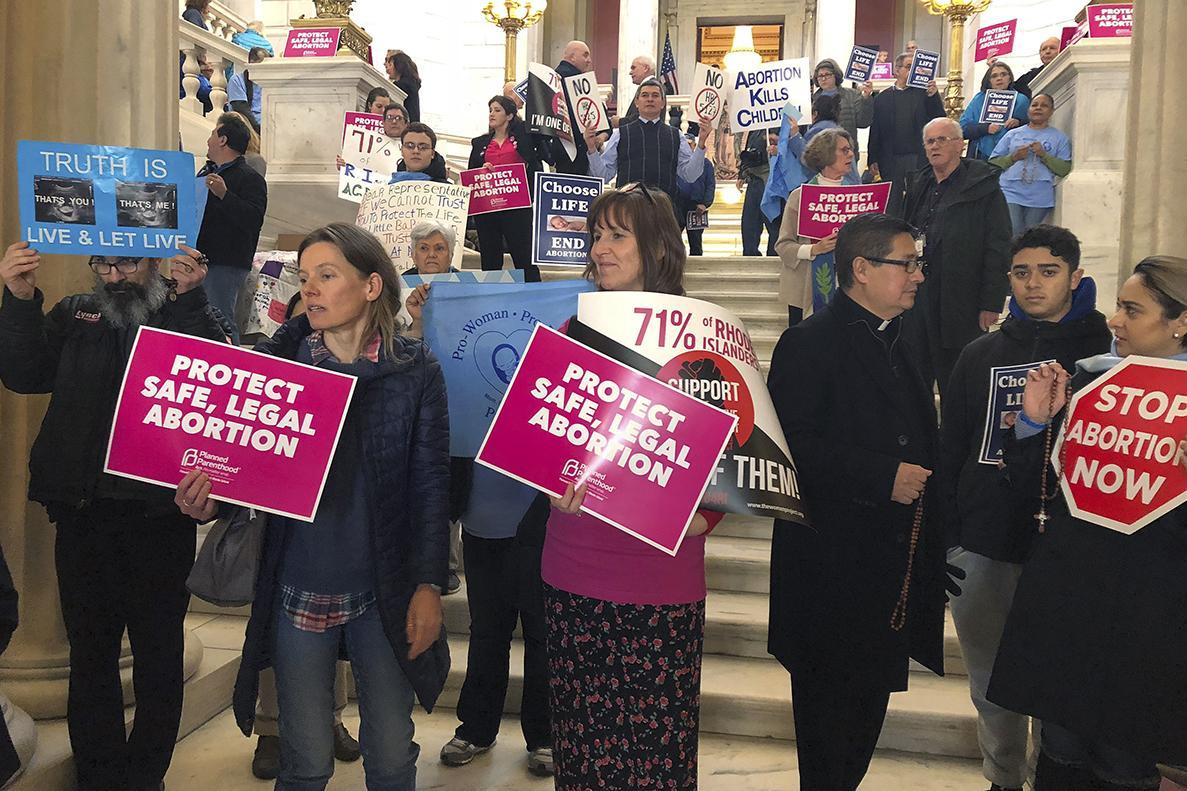 Rhode Island: The state House of Representatives voted 44-30 on Thursday to pass a bill that would codify legalized abortion until birth, in case the U.S. Supreme Court ever overturns its 1973 Roe. v. Wade decision. The bill allows abortion for any reason up until the point of viability and up to birth if the mother’s life or health are at risk.

New Mexico: A bill that sought to protect babies from late-term abortions and to enact a parental consent law died in a state House committee on Tuesday. Meanwhile, a bill to codify legal abortion passed out of a Senate committee last week.

Tennessee: The state House passed a bill 65-21 on Thursday to protect the unborn from abortion after they have a detectable heartbeat. The American Civil Liberties Union and Planned Parenthood of Tennessee and Northern Mississippi have said they plan to file suit if the bill becomes law.

Georgia: The state House passed a bill 93-73 on Thursday that would protect the unborn after they have a detectable heartbeat. Since heartbeats become apparent around six weeks of gestation, the bill would significantly expand protections for the unborn, who are currently protected after 20 weeks. —S.G.

The terminal disease is in the heads of people who think self-murder is O.K.  Self-Murder, no matter how you camouflage it with words like euthanasia and suicide, is still murder, which is not O.K.