As Maine goes, so goes the nation?

Orrington, Maine, a picturesque town of 3,600 people just outside Bangor, looks like the ideal place to raise a family. Because it’s so small, Orrington has just one school. After students finish the eighth grade, they have to go somewhere else for high school.

And the town picks up the tab. There’s just one catch. Parents can’t use the vouchers at religious schools.

“We feel discriminated against because of our religious convictions,” Alan and Judy Gillis said in a statement. “If our neighbors have the freedom to choose a private school and receive tuition from our town, why are we denied this same benefit just because we desire a religious education for our daughter?”

The Gillises have lived in Orrington for 25 years. They opted to pay out of pocket to send their youngest daughter, Isabella, to Bangor Christian Schools because they wanted her educated from a Christian worldview perspective. Now they’re suing the state for discrimination.

“Maine offers school choice to everyone except those who choose religious schools,” said Lea Patterson, an attorney with First Liberty Institute. “Under the U.S. Constitution, that’s religious discrimination, and we intend to restore our clients’ religious liberty.”

First Liberty and the Institute for Justice (IJ) are representing the Gillises and two other families in a case filed last week in federal court. It’s the third bid in 21 years to end faith-based bias in Maine’s school choice program. The state’s Supreme Court rejected challenges filed by IJ in 1997 and 2002. But last year’s U.S. Supreme Court decision in Trinity Lutheran Church v. Comer, gives this year’s federal case a much better shot at success.

School choice opponents often use Blaine amendments to block voucher programs because they divert public money to private schools, many of which are religious. Thirty-seven states have some version of the Blaine Amendment. School choice advocates across the country celebrated the Trinity Lutheran decision and eagerly awaited the first case that would test its applicability to education funding.

A challenge to a New Mexico textbook program held promise but likely would not have had wide effect. The Maine case could resolve the issue once and for all.

“The U.S. Supreme Court has said that IJ’s clients were right in the first two state cases, and our clients are unquestionably right in this new federal case: The Constitution does not allow discrimination against parents who choose religious schools for their children,” said Tim Keller, a senior attorney with IJ.

If the Maine case goes all the way to the Supreme Court and the justices rule in the parents’ favor, it would eliminate a major hurdle for school choice programs in every other state. But “harsh political realities” would remain a challenge in some states, said John Schilling, president of the American Federation for Children.

“Regardless, we like the idea of a potential hurdle in these states being removed,” he told me. “If the court ultimately declares these Blaine amendments unconstitutional, it does take away one powerful argument that a lot of opponents have been using for many years.”

Twenty-six states already have some form of school choice program, and advocates continue to push for alternative options for all students. If the Supreme Court strikes down Blaine amendments, it would add momentum to that effort, Schilling said. 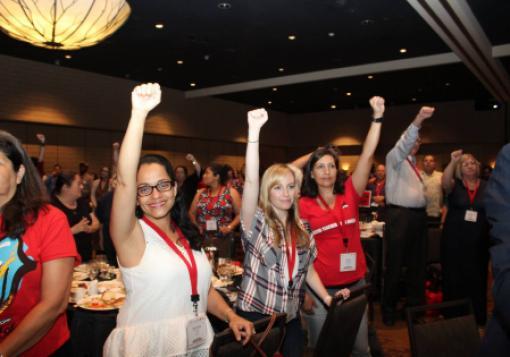 Give them an inch

Teachers in Los Angeles are voting this week on a motion authorizing a strike before the end of the year. A “yes” vote would give union organizers bargaining power in negotiations with the school district over pay and other measures. United Teachers Los Angeles, which represents 30,000 teachers, wants a 6.5 percent raise, among other things. The only problem is the LA Unified School District already faces an annual spending deficit, and the teachers’ demands would double it—to $1.3 billion.

So, what’s causing the overspending? Teacher health benefits play a major role. The district now spends 14 percent of the funds it receives for every student on healthcare benefits. That’s $2,300 of the $16,000 per-student allotment. Why is employee healthcare so expensive? Because they get a really great deal. All active and retired employees, and their dependents, get full coverage—with no premiums or co-payments. That’s a heck of a deal if you can get it. Unless you’re an LA taxpayer. —L.J. 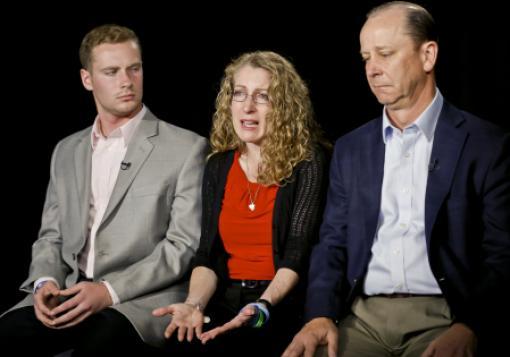 Slap on the wrist

A Pennsylvania judge on Friday dismissed the most serious charges filed against seven Penn State University fraternity members who did nothing to help a pledge dying of head trauma and internal injuries. Timothy Piazza died last year after a hazing ritual at Beta Theta Pi. Citing insufficient evidence, Pennsylvania District Judge Carmine Prestia dismissed charges of involuntary manslaughter, reckless endangerment, tampering with evidence, hindering apprehension, and obstruction. Six of the seven fraternity members still face misdemeanor hazing charges. Two other defendants have already pleaded guilty in the case. Piazza’s death sparked national outrage and led to one of the largest hazing cases in the country, but all of the men involved in the decisions that led to his death escaped serious consequences. —L.J.

Mickey pitches in for college

Cinderella no longer needs a prince to rescue her from a life of drudgery. Disney announced last week it will pay college tuition costs for any of its hourly employees trying to earn a college degree, finish a high school diploma, or learn a new skill. The program, dubbed “Disney Aspire,” is available to about 80,000 workers. Disney pledged $50 million for the effort in its first year and $25 million a year after that. Right now, employees can only use the funds for online classes, but Disney plans to expand the program to on-campus classes if enough employees request it. The entertainment giant is the latest U.S. employer to join the degree-as-benefit movement. It will use the same administrator, Denver-based Guild Education, that Walmart tapped to roll out its program earlier this year. —L.J.