Armenian Christians stuck in the middle

Border conflict drags on in the Nagorno-Karabakh region

A woman takes shelter in the Nagorno-Karabakh region. Armenian Missionary Association of America

The offices of the Armenian Missionary Association of America (AMAA) shook as Azerbaijani missiles struck the building next door last week. One team member rushed to the damaged office to salvage infant formula for aid distribution, loading it into a truck under heavy shelling, said Harout Nercessian, the mission’s Armenian representative: “Bricks fell off, windows and the ceilings came down.”

Renewed fighting broke out on Sept. 27 between the majority Christian Armenia and mostly Muslim Azerbaijan over the disputed region of Nagorno-Karabakh, known locally as Artsakh. The territory, roughly the size of Delaware, is in Azerbaijan but home to mainly Armenian Christian communities. Armenia said Azerbaijan launched air raids and artillery fire in the region, and Azerbaijan said it responded to a military attack. The clashes have killed more than 360 people from both countries and left local Christians scrambling for shelter. It’s the deadliest conflict in the region since the 1990s war that left about 30,000 dead.

Shelling on Thursday destroyed a towering cathedral in the town of Shushi. At least two men from the Armenian Evangelical Church that shares its building have died in the fighting, Nercessian said.

“Everybody in Artsakh has a father, brother, son who’s fighting, and everybody that I know has a relative that’s been martyred,” he said.

AMAA is providing Bibles, food, and encouragement to the many women, children, and elderly huddled in basements and shelters. Christians from other Armenian cities have donated food, clothes, and medical supplies to the residents of Yerevan. The ministry has sheltered dozens of families fleeing to the city.

Sergey Rakhuba, president of Mission Eurasia, said local Christian leaders estimated between 15,000 and 20,000 people fled Nagorno-Karabakh. A spokesman for rebel groups in the area told Agence France-Presse as many as 75,000 people—half of the region’s population—had left.

About 2,000 families arrived in Vanadzor, Armenia, looking for shelter, local pastors with the Evangelical Christian Church of the Pentecostal Faith told Rakhuba on Tuesday. The church set up several collection points across the city where people dropped off blankets, clothing, and food items for the refugees.

Many civilians displaced by the conflict face the start of winter in unheated basements and damaged buildings, the International Committee of the Red Cross warned last week. The aid agency said it was sending medical supplies and body bags to support hospitals and the region’s forensic bureau.

Armenia and Azerbaijan have traded blame for targeting civilian populations, ignored global calls for a cease-fire, and placed conditions on talks. Azerbaijani President Ilham Aliyev said he would continue military action unless Armenia withdrew from the region. In a Monday post on Facebook, Armenian Prime Minister Nikol Pashinyan showed similar defiance, calling demobilized servicemen “to fight a war of survival for their fatherland.”

Steven Howard, the national outreach director of In Defense of Christians, highlighted Turkey’s track record of Christian persecution. His ministry and its partner organization, Armenian National Committee of America, called on the United States to seize military aid to Azerbaijan and sanction it and Turkey.

“What we’re seeing from Turkey, Azerbaijan and the jihadists is that they’re going to try to drive out the Christian presence there,” Howard said. 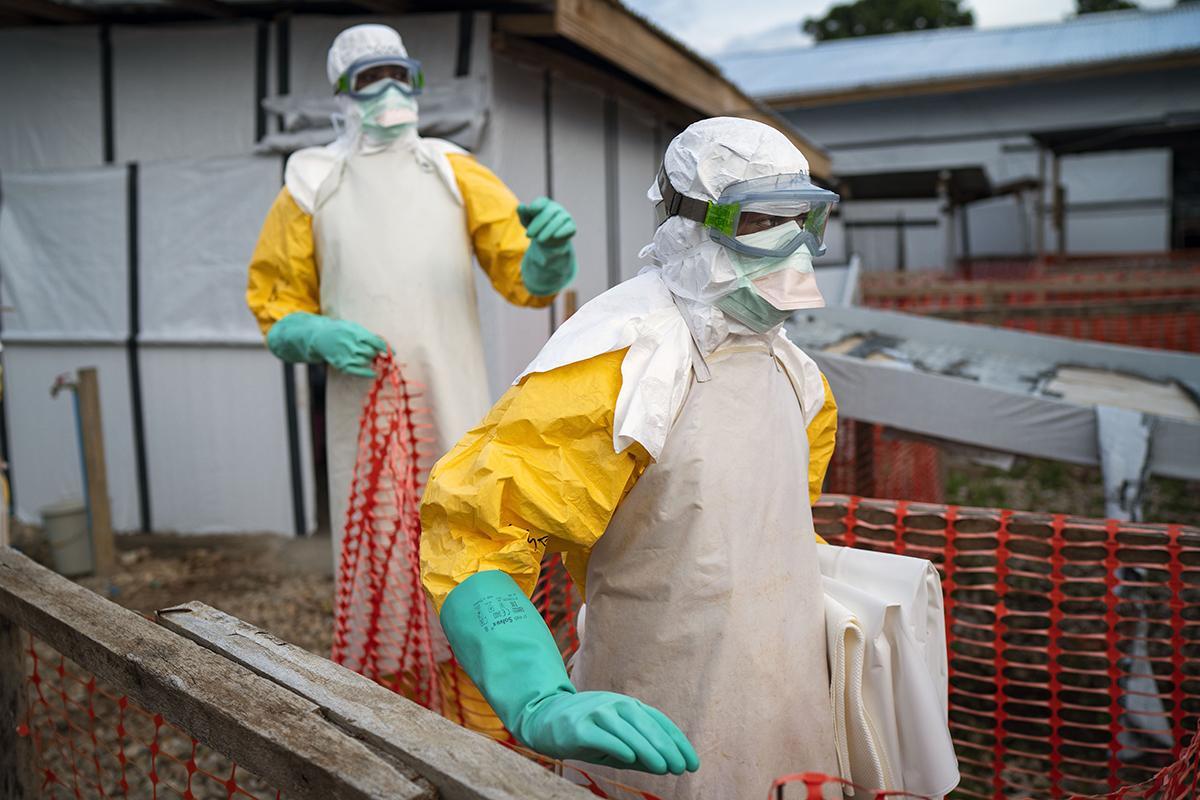 Abuse during the Ebola crisis alleged

Fifty-one women accused international aid workers in the Democratic Republic of the Congo of sexually exploiting and abusing them while fighting the Ebola outbreak in 2018, according to a report released last week by The New Humanitarian and the Thomson Reuters Foundation.

The report implicated workers from the World Health Organization (WHO), the United Nations’ children and migration agencies, and Oxfam International, among others. Five of the women said the abusers worked for World Vision, a Christian nonprofit.

Several of the women worked under contract as cleaners, cooks, and community health workers with aid agencies, which paid more than double the country’s monthly wage. The women told reporters the men spiked their drinks, ambushed them in their offices and hospitals, and promised them jobs. One 25-year-old woman who refused the advances of a WHO doctor lost her contract as a cleaner.

Jean-Jacques Simon, the country spokesman for UNICEF, said the agency set up 22 ways to file complaints, including a confidential hotline. But many of the women said they did not know about those channels.

Congo’s 10th Ebola outbreak ended in June after killing more than 2,000 people. An unrelated cluster broke out on June 1 in the Équateur province.

Dr. Matshidiso Moeti, the WHO regional director for Africa, called the report “deeply horrific and heartbreaking” and confirmed the agency is investigating. World Vision also launched an investigation and committed to act on its findings. —O.O. 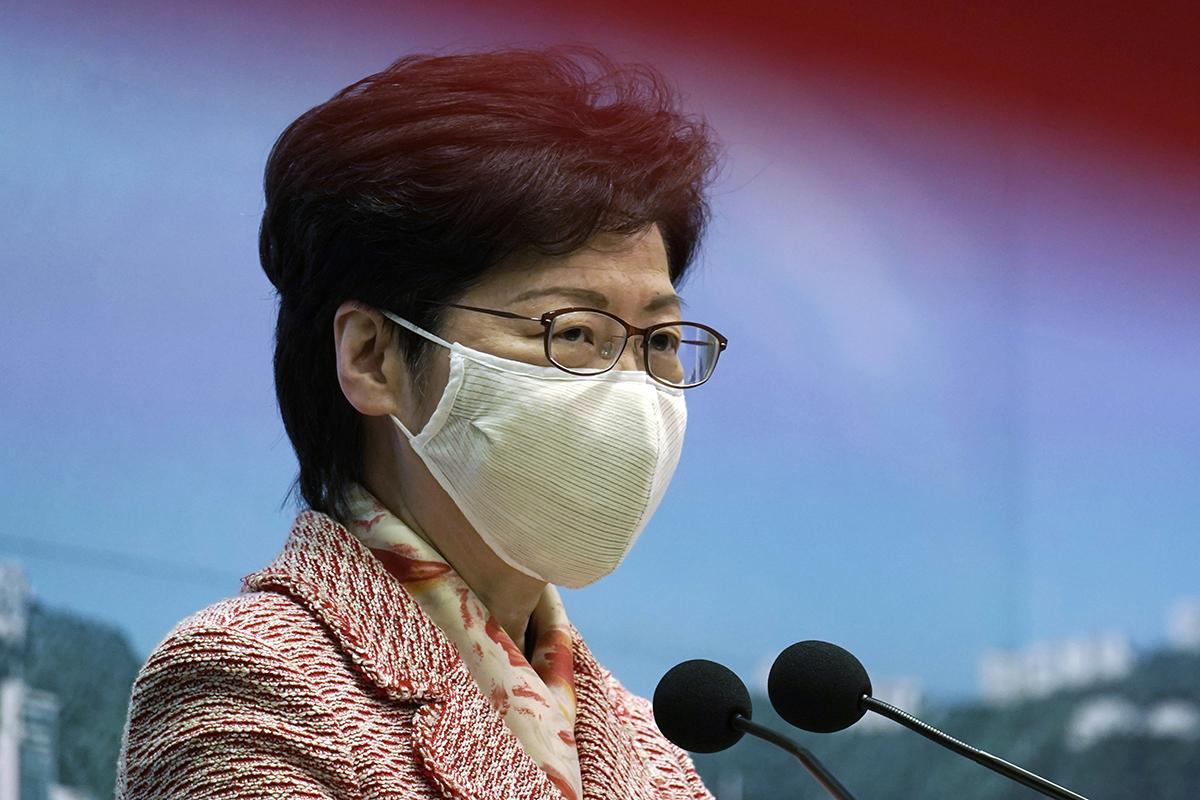 Hong Kong’s education bureau on Monday said it deregistered a teacher for using pro-independence materials in a classroom.

The teacher at Alliance Primary School showed 10- and 11-year-old students a video featuring a pro-independence activist and asked them to answer questions about freedom of speech. The bureau said the teacher broke the law, and it reprimanded the school’s leadership for lax supervision.

Hong Kong leader Carrie Lam on Tuesday acknowledged the bureau had never before disqualified a teacher on such accusations. She promised to discipline more “bad apples” in the education sector.

Since the case began last year, China passed a national security law making it illegal to advocate for Hong Kong’s independence. Anyone charged under the law could face life imprisonment. —O.O.

Iranian authorities released prominent rights activist Narges Mohammadi late Wednesday night after reducing her sentence. Authorities detained the 48-year-old mother of two in 2015 and sentenced her to 10 years in prison for “forming and managing an illegal group.”

Mohammadi campaigned against the death penalty and served as spokeswoman for the Defenders of Human Rights Center in Iran. United Nations human rights chief Michelle Bachelet on Tuesday called on Iran to release political prisoners as it reduced its prison population due to the pandemic. —O.O.