Proposed changes to the state’s science standards would describe evolution as a theory, not settled science

Evolutionists in Arizona are fighting for their survival after the state’s top education official suggested students should be taught the reality many scientists already acknowledge: Evolution is a theory, not settled science.

Changes to the state’s science standards, which offer direction for teaching and curriculum choices, would remove references to evolution in some places and describe it as a theory in others. Science Program Specialist Brea Rivera noted the Arizona Department of Education put a lot of thought into encouraging students to think critically about what they’re learning.

“It’s not like we just picked ideas out of thin air and said ‘that looks good right there.’ No, we actually used a lot of research,” Rivera said during a public meeting to discuss the standards.

Still, the relatively minor changes have created an uproar among evolutionists, especially after media reports revealed Superintendent of Public Instruction Diane Douglas previously professed belief in what they consider to be a scandalous scientific theory: intelligent design. During a political event last year in which she spoke about her religious beliefs, Douglas told supporters she thought teachers should present intelligent design alongside evolution in the classroom.

The state Education Department planned to take public comment on the proposed changes through Monday, but the controversy generated so much interest the feedback website crashed over the Memorial Day weekend. Most of the comments, according to local media reports, opposed treating evolution as anything short of a secular scientific religion.

Gov. Doug Ducey weighed in on the debate Monday, telling reporters he supports keeping the standards the way they are.

“Where I’ve seen it done well is where schools work on the story of creation in some type of literature that they’re teaching,” the Republican governor said. “And evolution will be part of the science curriculum.”

Ducey noted that’s how he learned science at the Catholic schools he attended. He also insisted he believes in God―and the evolutionary forces at work in nature. The two are not mutually exclusive, he said.

Despite the governor’s opposition, Douglas is standing by the proposed changes, pointing out that while scientists have proven some parts of evolution, others remain “very theoretical.”

“And if we’re going to educate our children instead of just indoctrinate them to one way of thinking, we have to be able to allow them to explore all types of areas,” she said.

The state Board of Education has the final say on the changes, which won’t come up for consideration until later this year. While Ducey doesn’t get a vote, he likely will influence the decision: The governor appoints all board members except for the state superintendent. 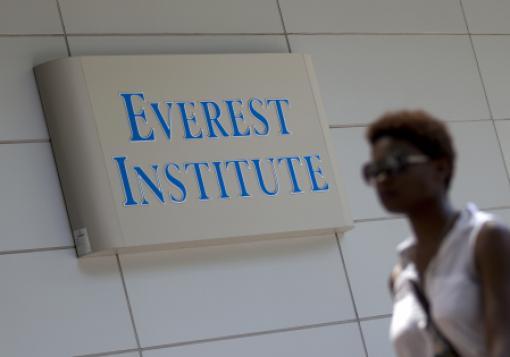 A federal court on Friday ordered the U.S. Department of Education to stop using Social Security data to determine how much loan forgiveness to give students of the now-shuttered, for-profit Corinthian college chain. The ruling effectively halts the program, for now.

The program’s critics cheered the decision, but it’s not a complete victory. The ruling noted the Trump administration could come up with a new process for determining how much to repay each defrauded student. The court also rejected the plaintiffs’ claims that the decision to offer only partial loan forgiveness was “arbitrary and capricious” and violated students’ due process rights.

The Obama administration opted to repay all loans taken out by former Corinthian students. But the Education Department had only processed about half the requests when President Donald Trump took office. Newly appointed Education Secretary Betsy DeVos halted the program and promised to come up with a new plan that accounted for the harm students actually suffered, while also protecting taxpayers from picking up the total tab. DeVos ultimately decided to use income information provided by the Social Security Administration to compare the former students’ earnings to others who attended similar programs. But using that data violated the federal Privacy Act, the court ruled.

A judge will decide after a June 4 hearing whether to order DeVos to restart the full loan repayment program or give her more time to come up with a new way to compare earnings data. The government has already spent $550 million to repay for-profit college students’ loans. —L.J. 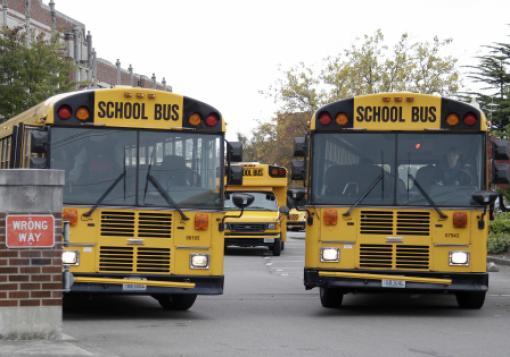 Buckling down on school bus safety

The National Transportation Safety Board wants all new large school buses to come with lap and shoulder belts. The recommendation, made last week in a report on two fatal school bus crashes in 2016, upgraded the previous suggestion for states to consider such safety measures. But it didn’t carry the weight of a federal mandate. States remain free to make their own rules about school bus safety, and only eight states require any kind of passenger restraints.

In one of the crashes that triggered the recommendation, six children died when their bus careened off a winding road in Chattanooga, Tenn. The 24-year-old bus driver faces four years in prison. Investigators determined the lack of seatbelts contributed to the crash’s severity. Still, state lawmakers haven’t moved to require the belts, in part because of the cost. Estimates pin the annual bill at nearly $13 million for school districts and $2.2 million for the state.

School buses are among the safest modes of travel, but any accident that causes a child’s death prompts questions about whether they could be made safer. Earlier this month, a school bus collided with a dump truck in New Jersey, killing a student and a teacher. —L.J.

A Florida judge has thrown out felony hazing charges against four members of a now disbanded fraternity at Florida State, where a 20-year-old pledge died last year after an off-campus party. Andrew Coffey suffered acute alcohol poisoning, and police said the group’s members coerced him to drink an entire bottle of bourbon. But the judge ruled prosecutors hadn’t done enough to connect the four defendants’ actions directly to Coffey’s death. The state attorney plans to appeal. This is the second high-profile fraternity hazing death that has failed to bring serious charges for the men involved. A Pennsylvania judge twice threw out the most serious charges against members of a fraternity at Penn State involved in the death of a 19-year-old pledge who died of head trauma after stumbling down the basement stairs at the group’s house. —L.J.

And finally, because we could all use some good news, don’t miss this story about a teen who spent some time living in a homeless shelter during elementary and middle school. Bullies nicknamed him “Harvard” because he always had his nose in a book. But Richard Jenkins is getting the last laugh: He learned last week he’s earned a full ride to the Ivy League school. —L.J.