Human Coalition’s app, still available on the Google Play Store, displays a list of prayer requests, such as, “Someone considering abortion in Dallas, Texas.” When users signal with a swipe of their thumb that they’ve prayed for the situation, the app updates a daily tally of prayers.

Slate blogger Christina Cauterucci questioned how the group could know when a woman considers abortion or decides against it and called the app “a discomfiting invasion of privacy or a gigantic lie.” The New Statesman’s Amelia Tate queried, “Are digital anti-abortion prayers sanctioned by the church? Do they reach God? Though these questions may seem faintly ridiculous, their answers seem more important than ever. When it comes to the tech behind these anti-abortion apps however, that is where people—religious or not—might do well to lose a little faith.”

Human Coalition spokeswoman Lauren Enriquez told me the prayer requests come from calls and appointments at the group’s network of seven pro-life pregnancy centers in Grapevine, Texas; Raleigh, N.C.; Pittsburgh; and Atlanta. She noted the group doesn’t post any personal information on the app.

Tens of thousands of users have downloaded the app since it launched in 2013, Enriquez told me, calling Apple’s decision “unfortunate.”

“The pregnant women we serve are experiencing true crises,” Enriquez said. “Many of them do not have partner support, are single parents with other children, or are caught up in abusive or coercive relationships. Our supporters want to pray for the women and children we serve, and the app is a way of sharing prayer needs with them.”

Enriquez said nearly all women who call their centers are seeking abortions, and the group works to help them through whatever crisis they face. If a woman decides to keep her child, the workers verify the birth and “count that child as rescued.”

Human Coalition claims to have saved 7,292 babies since its founding in 2009, and Enriquez gave credit in part to the people who pray for the centers and their clients.

When Apple removed the app, it notified Human Coalition the program didn’t meet functionality requirements. But the app, which has a near five-star rating on the Google Play Store, had been available in Apple’s App Store for several years. Apple didn’t cite any improvements necessary to reinstate the app.

This is not the first time Apple has removed a Christian app after complaints: The company deleted ex-gay ministry Exodus International’s app in 2011 and removed the ex-gay app Setting Captives Free in 2013. 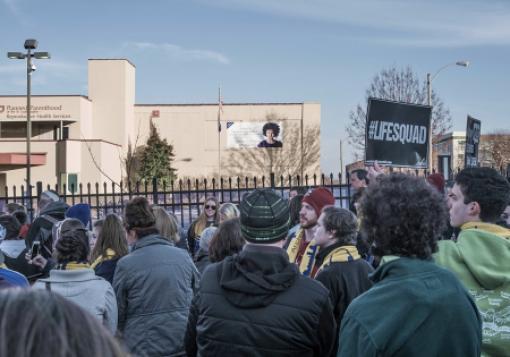 Planned Parenthood Great Plains and Planned Parenthood of the St. Louis Region and Southwest Missouri filed suit last week against a new Missouri law that requires abortionists to obtain informed consent from a woman 72 hours before her abortion.

Planned Parenthood argues the state should stick with current law, which allows any “qualified professional” to obtain the consent.

The law passed during the special legislative session called this summer by Gov. Eric Greitens. The office of Missouri Attorney General Josh Hawley said it would “vigorously defend” the regulations.

The suit follows two others filed against the state over new pro-life laws. A Satanist filed suit against the state’s 72-hour waiting period and requirement to view an ultrasound, and her case is headed to the state’s Supreme Court. Last year, Planned Parenthood filed suit against a Missouri law requiring abortionists to have hospital admitting privileges and abortion centers to meet surgical center standards. —S.G. 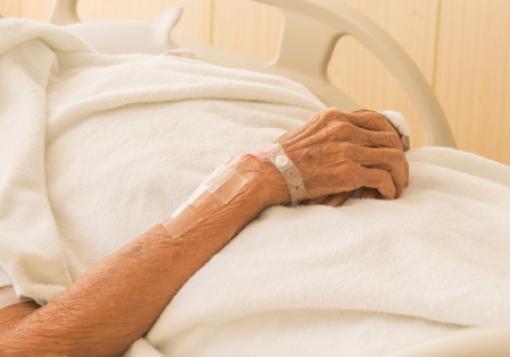 Nearly 2,000 Canadians have killed themselves through assisted suicide in the year following its legalization, according to Health Canada’s October report.

Since June 2016, 1,982 people have taken their lives under the federal Medical Aid in Dying law. An additional 167 people took their lives in 2016 under the assisted suicide law that went into effect in Quebec in December 2015.

A handful of people younger than 45 took the lethal drugs, but most were elderly. More than half lived in “large urban centers” and cited cancer-related reasons for wanting to die.

Meanwhile, in Washington state, counts of assisted suicide rose slightly last year, according to a state Department of Health report.

In 2016, 192 Washingtonians took their lives through assisted suicide, up from 166 in 2015 and 126 in 2014. An additional 57 people opted to participate in the state’s Death with Dignity Act, but several dozen died without taking the death-inducing drugs and the state did not get information on the outcome of others. —S.G.

Four states so far have filed suit against the federal government over rollbacks to the Obamacare mandate that forced insurance companies to provide cost-free birth control, including abortifacients.

The states filing suit include Massachusetts, California, Washington, and Pennsylvania.

The new rule allows religious universities, organizations, for-profits, and individuals—in addition to churches—to claim an exemption from the mandate. —S.G.

Ontario legislators are considering a bill introduced by Attorney General Yasir Naqvi that would ban pro-life protesters from approaching abortion centers, as well as homes and offices of abortionists.

Johanne Brownrigg with the Canadian pro-life group Campaign Life Coalition called the legislation “a huge overreach” and said the bubble zone is too big: “It’s a high price to pay when you’re balancing freedom of speech.” —S.G.