Another Mozambique city under siege

Locals and foreigners caught up in latest extremist escalation

In a garden outside the Palma Residence Hotel in the restive northern Cabo Delgado province of Mozambique, residents last week used white cloths to spell out “SOS,” hoping for rescue. In a more dramatic scene, about 200 locals and foreign workers sought refuge inside the Amarula Hotel while insurgents surrounded them. The military and other private companies struggled to evacuate them by sea, land, and air.

Some 260 miles away in the provincial capital of Pemba, people waited outside the port’s metal fence for any word on family members in the besieged city. Nelson Matola, one of those who successfully fled and arrived in Pemba on Monday, said he spent about three days stranded in the Amarula before escaping into the forest. “That was a difficult moment, the truth is that it was a massacre,” he said. “None of us would like to go back there again.”

Insurgents with Ahlu Sunnah Wa-Jama—known locally as al-Shabaab—besieged Palma, Mozambique, last week, and fighting intensified over the weekend. The Islamic State claimed responsibility for the attack and said its insurgents killed at least 55 people, but the real toll could be much higher. The country has seen worsening insurgency, and the assault at Palma drew international attention as the first one targeting foreigners.

Residents reported about 100 insurgents stormed the town on March 24 from its north, south, and western borders in a highly coordinated attack. They targeted a police station, burned phone towers, and robbed banks. Palma is located about three miles from Afungi, where the French energy company Total runs a $20 billion liquefied natural gas project. The attack began just hours after Total announced plans to resume its operations after previous assaults halted work.

Residents who fled the town described dead bodies, some beheaded, lying on the streets. A group tried to flee from Amarula Hotel in a convoy of 17 vehicles on Friday, but only seven cars made it to safety. The military confirmed seven deaths among those who arrived.

The victims include Adrian Nel, a South African who had fled with his father and brother. “There’s no way to possibly describe what you feel when you get news like that,” his mother told Agence-France Presse. “It’s just devastating, body numbing, mind numbing.”

The same day the Palma attack began, the insurgents also targeted the province’s coastal Macomia district, where they killed several people and took others hostage.

Ahlu Sunnah Wa-Jama started its insurgency in Cabo Delgado in October 2017. The violence has killed more than 2,600 people and displaced an estimated 670,000 others, according to the United Nations. The group pledged allegiance to the Islamic State Central Africa Province (ISCAP) in 2019, but it remains unclear how close their ties are.

Alex Vines, head of the Africa Program at U.K.-based Chatham House, said the Palma attack comes after the rainy season made it difficult for the group to carry out such operations earlier this year. The insurgents still retain portions of the region’s port town of Mocimboa da Praia, 31 miles south of Palma, following a similar attack in August.

Hundreds of people fleeing the region traveled on foot for three days to the Tanzanian border. The military and Dyck Advisory Group, a private military company contracted by the Mozambican police to help fight the terrorists, also continued to evacuate people and support the security response.

Lionel Dyck, director of the Dyck Advisory Group, said his team had rescued several injured policemen and more than 220 civilians. The rebels, mainly dressed in black uniforms, were armed with AK-47 automatic rifles, RPD and PKM machine guns, and heavy mortars, he said.

“We are fighting the people on the ground and we are at the same time looking for stragglers,” he said. “We can use our squirrel helicopters and go out and pick up the civilians and move them to a friendly base.”

In the meantime, the humanitarian cost has continued to grow. Paul Dillon, spokesman for the United Nations’ International Organization for Migration, said 3,361 people from 672 families registered as internally displaced earlier this week.

“I do hope the Palma situation puts pressure on the Mozambican government not only to increase the military operations but to change its tactics in terms of a broad social intervention in the province,” said Paolo Israel, a professor and senior researcher on northern Mozambique at South Africa’s University of the Western Cape. 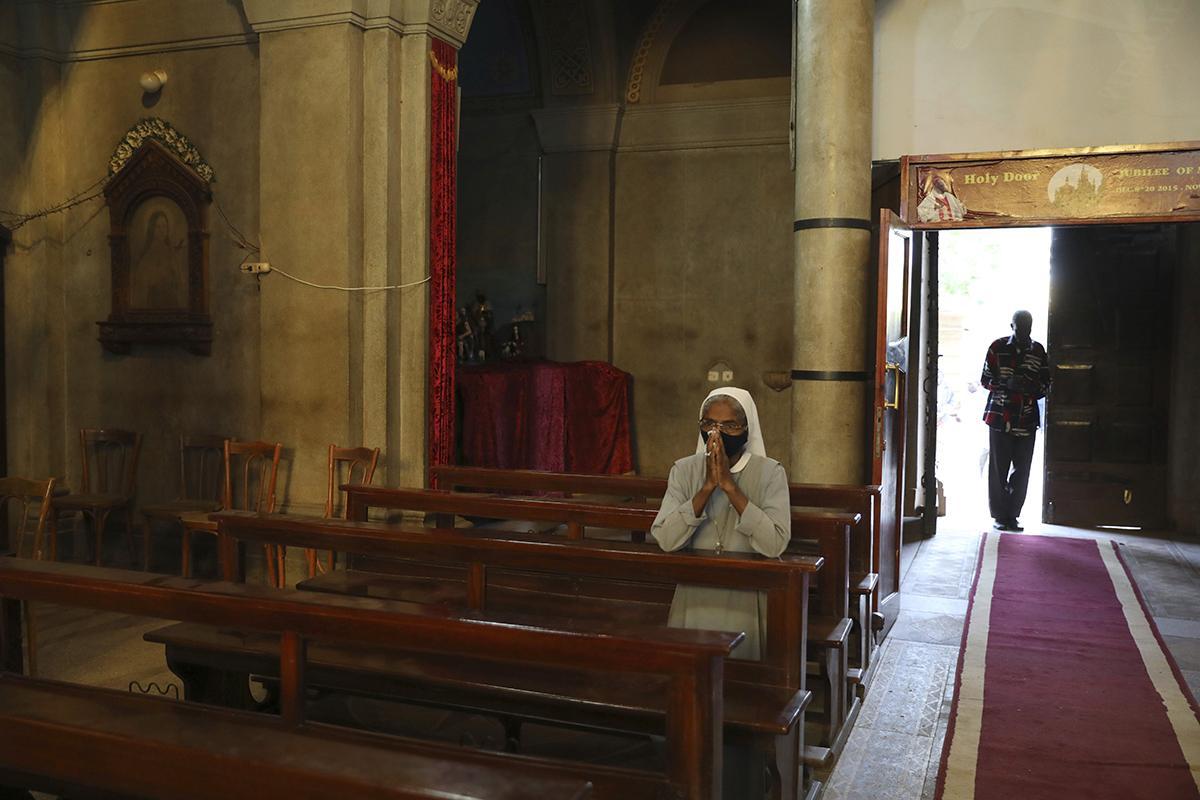 Sudan’s ruling Sovereign Council and a major rebel group on Sunday signed a “Declaration of Principles” that could pave the way for freedom of religion.

“No religion shall be imposed on anyone and the state shall not adopt official religion,” the document said.

The Sudan People’s Liberation Movement-North (SPLM-N), which mainly operates in the southern Nuba Mountains inhabited by minority Christians and traditional worshippers, had refused to join the transitional government’s accord with several other rebel groups last year over its unmet demand for a secular democratic state. The rebel group led by Abdel-Aziz al-Hilu is the single largest in the country.

Sudan first imposed Sharia law in 1983, and Omar al-Bashir retained the system throughout his 30-year rule. The transitional government has been engaging in peace talks with rebel groups since al-Bashir’s ouster in April 2019. The declaration brings the country one step closer towards a final peace accord. Only one rebel group, a faction of the Sudan Liberation Army (SLA), has still not reached an agreement with the country’s leadership. —O.O. 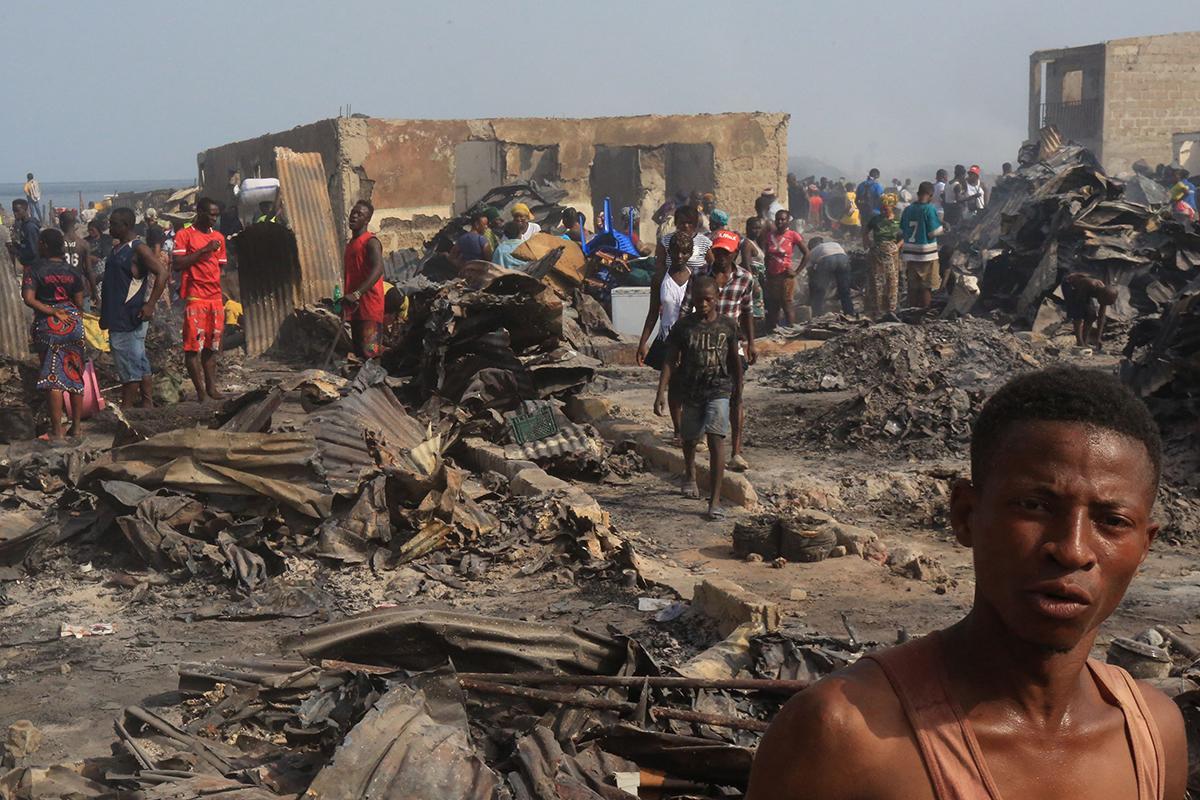 The March 24 blaze tore through Susan’s Bay, an overcrowded slum in the capital city of Freetown. Residents fled the rapidly spreading blaze, leaving most of their belongings behind. No one died, but authorities said more than 400 people sustained injuries. Freetown Mayor Yvonne Aki-Sawyerr on Facebook decried poor urban planning and said firefighters could not access the slum since a six-story building under construction blocked their entry.

The disaster agency’s acting director Sinneh Mansaray said the government has set up 53 tents for the victims, while groups like Save the Children provided emergency food and water. “We need help to provide shelter, food, water and clothing to the victims of this disaster,” Mansaray said. Sierra Leone, a diamond-rich former British colony, remains one of the poorest countries in the world. —O.O.

Prime Minister Nikol Pashinyan on Sunday said he will step down in April, in the latest effort to defuse a political crisis. He will serve as interim leader of Armenia until snap parliamentary elections on June 20. “I will resign not to resign, but in order for early elections to take place,” he said.

The prime minister has faced pressure to step down and protests outside several government buildings after a Russia-brokered deal in November favored Azerbaijan over Armenia in a battle over the autonomous region of Nagorno-Karabakh. The 44 days of fighting killed more than 5,600 people on both sides. —O.O.