Another hill to climb for foster agency

After months of threats and scrutiny, Miracle Hill Ministries in Greenville, S.C., finally received a reprieve last month when the Trump administration ruled that child-placing agencies in South Carolina could act in accordance with their religious beliefs without facing punishment. But the foster care agency’s battle for religious freedom isn’t over. A new lawsuit aims to reverse the administration’s decision and take away Miracle Hill’s federal funding.

Aimee Maddonna claims Miracle Hill discriminated against her by barring her from its foster care program because she is Catholic. As a Protestant organization, Miracle Hill only allows other Protestants serve in roles of spiritual leadership such as mentoring or fostering children. The lawsuit, filed Feb. 15, states the Maddonna family objects to its tax dollars funding an organization that discriminates against other religions. It also claims that, by permitting Miracle Hill to work only with people who share the organization’s faith background, the state is harming children and denying them homes.

But Reid Lehman, Miracle Hill’s president and CEO, told me that Maddonna did not approach the agency about fostering. In 2014, Maddonna inquired about participating in a mentorship program with the possibility of fostering later, he said. Miracle Hill Communications Director Sandra Furnell said the organization told Maddonna that not only does it only work with Protestants, but it also strongly discourages any kind of mentor-to-adopt scenario.

For its mentoring program, Miracle Hill has formed a partnership with another organization called Fostering Great Ideas. Furnell said Maddonna could essentially participate in the same program, just not through Miracle Hill.

After informing her of the policy, the organization did not hear from Maddonna again until this year, when she contacted the ministry asking if it was true that Miracle Hill would not allow her to foster because she was Catholic. Lehman said he was still working on a response to her when the lawsuit was filed just days later. Three of the four attorneys listed on the suit work with Americans United for the Separation of Church and State. That organization declined to answer questions about what congregation Maddonna is a part of, how regularly she attends Mass, or if she did other church-based volunteer work.

The Diocese of Charleston, which oversees Catholic churches throughout South Carolina, almost immediately released a statement in support of Miracle Hill, a move Lehman said he greatly appreciated. “[Miracle Hill] should not be forced to discontinue these life-affirming services because they desire to serve children consistent with their Protestant faith,” the diocese said.

The waiver that brought relief to Miracle Hill also applies to Catholic, Jewish, or any other faith-based organization that works with South Carolina’s Department of Social Services (DSS) to place children in the state. Catholic foster and adoption agencies across the country have faced lawsuits and even closed down for adhering to their beliefs. Lehman said Miracle Hill had supported Catholic organizations in similar situations as much as possible.

While the lawsuit and many of Miracle Hill’s detractors frame the question in terms of government funding, Lehman said, for the agency, the question isn’t about funding at all. Miracle Hill’s foster program received no government funding for the first 27 of its 30 years of operation. It only began receiving some reimbursement when South Carolina was desperate for more foster families, he said, and Miracle Hill agreed it could probably take on a few more cases if it had more money. Even now, the state only reimburses the agency when DSS chooses to place a child with one of its families. Miracle Hill covers all the costs for recruiting and training new foster parents. Lehman said if the federal money went away, Miracle Hill would still continue, but most of its opponents want it closed down. 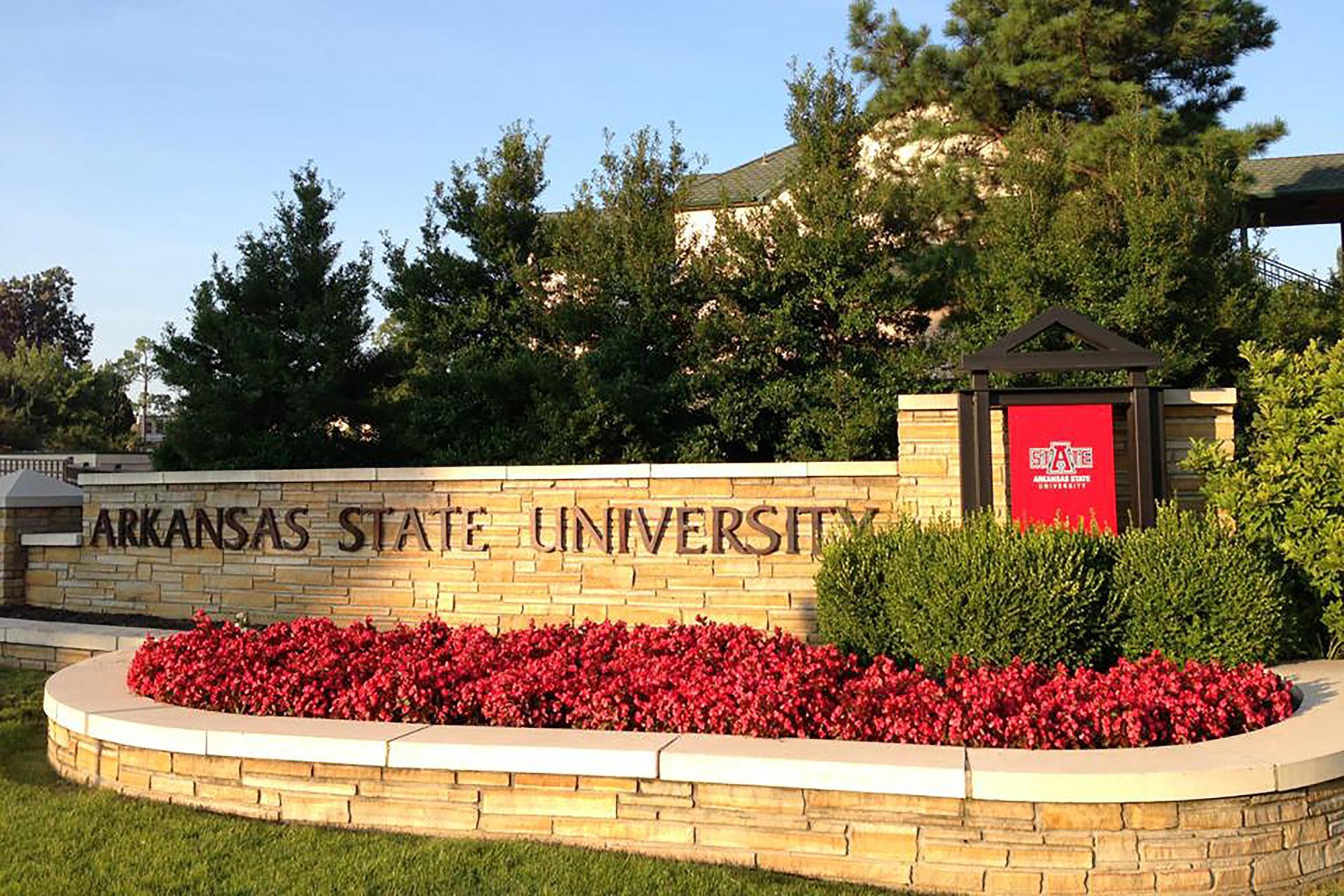 The act’s supporters championed it as a necessary counter to a two-decade old speech zone policy at Arkansas State University. That policy set times and places for speeches and demonstrations, distribution of written materials, and marches. In a September 2018 speech, U.S. Education Secretary Betsy DeVos criticized the restrictive policy, noting that the speech zones were “typically obscure, small, cordoned-off corners of campus.”

The new law prohibits colleges from limiting free speech to such zones and permits students to exercise their rights in any outdoor area on campus. Students’ rights are subject only to reasonable time, place, and manner restrictions that are narrowly tailored to a “significant university interest” and are viewpoint neutral. In addition, universities can no longer require student organizations to appoint leaders or admit members who do not agree with the organization’s beliefs, principles, standards of conduct, or mission. Students or student organizations may sue the school for violating the act.

In 2017, Alliance Defending Freedom (ADF) sued Arkansas State on behalf of student Ashlyn Hoggard and a conservative group called Turning Point, claiming that the speech zone policy was unconstitutional. A hearing in the case is scheduled for April 29. ADF senior counsel Tyson Langhofer said that while the university acknowledges it must change its policy in light of the FORUM Act, it is still defending the lawsuit and insisting it has done nothing wrong.

“This new law ensures that public universities are places where intellectual diversity flourishes and all students are able to engage in the exchange of ideas rather than being censored on campus” ADF legal counsel Kelly Fiedorek said. —Steve West 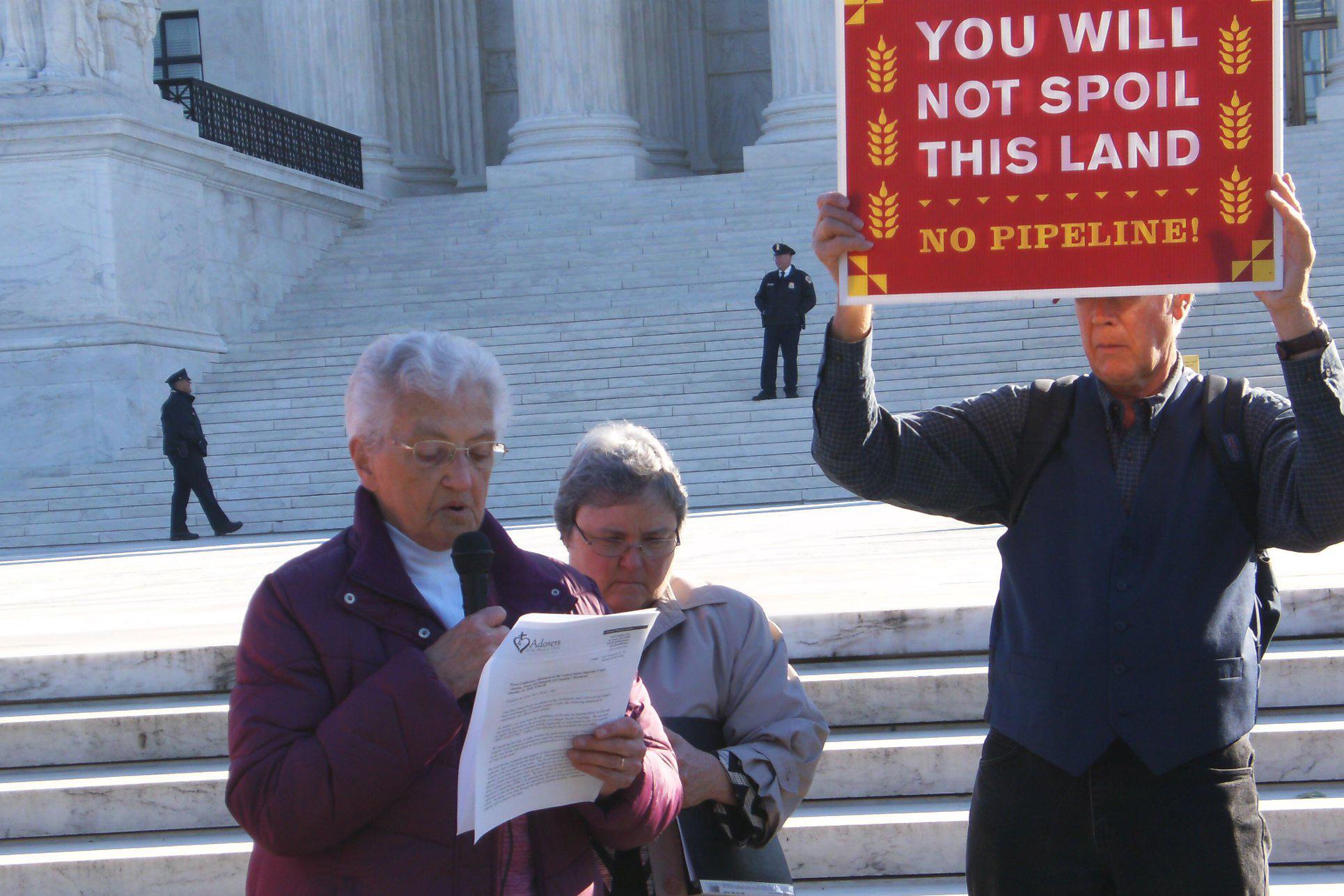 The U.S. Supreme Court last week declined to hear an appeal by an order of Catholic nuns challenging a federal agency’s approval of a pipeline project on its land. The Adorers of the Blood of Christ argued that a natural gas pipeline that would run across its property in Lancaster County, Pa., would violate the order’s religious beliefs about protecting the Earth. A U.S. District Court dismissed the case because the nuns did not follow procedures outlined by the Natural Gas Act and first present their complaint to the Federal Energy Regulatory Commission, the agency with oversight of the pipeline. The order argued that the U.S. Religious Freedom Restoration Act trumps those procedural requirements, but the 3rd U.S. Circuit Court of Appeals and the Supreme Court declined to reopen the matter.

The nuns issued a statement saying they were were “reviewing their legal options at this time and will consider any available legal recourse that may still be available to them to try to address this miscarriage of justice.” —S.W.

The lawsuit followed a request by the MBC that the university refrain from teaching beliefs the MBC viewed as contrary to the Bible, especially in regards the accounts of creation and the flood in Genesis. The dispute between the convention and The Baptist Home, a care facility for the elderly, has to do with property ownership.

In rejecting involvement in the lawsuit, the court stated, “We cannot conceive of a judicial inquiry which would impose on ecclesiastical matters more than this, nor can we find fault in the [lower] court’s unwillingness to even attempt to find neutral grounds upon which it could rule when the color and content of the University’s allegations are so nakedly religious.”

The decision is the latest in a long-running dispute dating back to 2002 between the conservative MBC and more liberal Baptist entities that sought freedom from MBC control. The MBC ousted 19 Baptist churches in 2006 for supporting Baptist organizations not aligned with the MBC or the Southern Baptist Convention. —S.W.