Thousands of pro-democracy protesters streamed into the streets of Sudan’s capital of Khartoum and its twin city, Omdurman, this week, denouncing the military’s Monday takeover of the country. The demonstrations have turned violent, with security forces using tear gas and live ammunition to disperse protesters blocking streets and lighting tires on fire. Video footage circulating this week showed crowds of people crossing bridges over the Nile River from other cities into Khartoum. Demonstrators chanted, “Retreat is not an option!”

Similar protests two years ago toppled longtime autocrat Omar al-Bashir and ushered in hopeful signs of reform. But this week’s coup threatens a major setback. Military takeovers have occurred in several other African countries in recent months, with no return to democracy in sight. At an emergency UN Security Council meeting on Tuesday, Secretary-General António Guterres asked world powers to work together to confront a recent “epidemic of coups d’état.”

Sudanese security forces responding to protests have killed at least nine people and injured more than 170 others since Monday, according to the Sudan Doctors’ Committee. The numbers could increase: Protesters are planning weekend demonstrations to demand a return to civilian rule. Residents said plainclothes officers have visited homes and offices and picked up journalists, activists, ministers, and others who have spoken against the takeover.

“We are frustrated, but we have no other option but the street,” said rights activist Tahani Abbas.

In a televised Monday address, Gen. Abdel-Fattah Burhan dissolved the transitional government and declared a state of emergency. The military released Prime Minister Abdalla Hamdok but said other members of the deposed government could still face trial. Burhan said he would appoint a technocrat prime minister to rule alongside the military within a week, but said the military will hold elections no earlier than July 2023.

But even that seems unlikely. The coup followed a failed takeover attempt last month, before Burhan was expected to hand over the leadership of the Sovereign Council to a civilian on Nov. 17. Jeffrey Feltman, the special U.S. envoy for the Horn of Africa, left the country hours before the coup after meeting with Sudanese military and civilian leaders to resolve a dispute over the pace of the transition.

Although Burhan and other senior generals helped protesters topple al-Bashir in 2019, Cameron Hudson, a fellow at the Atlantic Council, noted the military still controls major revenue-generating sources, including gold mining and livestock exports. “Civilian leaders had essentially reached the limits of their ability to reform the political and economic space without the military giving an inch,” he added.

The coup could set back the country after the transitional council’s reforms brought significant changes. The United States removed Sudan from its state supporter of terror list last year. The U.S. State Department on Monday said it was freezing $700 million in financial aid to the country.

The same day as Sudan’s coup, the transitional government in Mali ordered an envoy of the West African regional bloc to leave the country after the group threatened sanctions. The 15-nations bloc is pressuring the transitional military leader to hold elections as promised in February 2022. Col. Assimi Goïta, who staged a coup in May, ousted civilian leaders after they announced a cabinet reshuffle that excluded two junta supporters without Goïta’s input. Malian authorities have said they plan to organize a national conference in December for civil and political groups to agree on an election date.

In Guinea last month, military officers led by 41-year-old Col. Mamady Doumbouya toppled longtime President Alpha Condé. Doumbouya was sworn in as interim president on Oct. 1 without a clear transition timeline. And back in March, the government of Niger thwarted a military attempt to seize the presidential palace two days before the swearing-in of President Mohamed Bazoum.

Remi Adekoya, a political analyst and associate lecturer at University of York, explained how decades of mismanagement, corruption, and poverty continue to justify coups. International condemnations serve as crucial deterrents, Adekoya said, but African democracies need to be solidified: “If the problems still being cited to justify coups continue to worsen in today’s African democracies, then the temptation to try something else will continue to be dangerously seductive.” 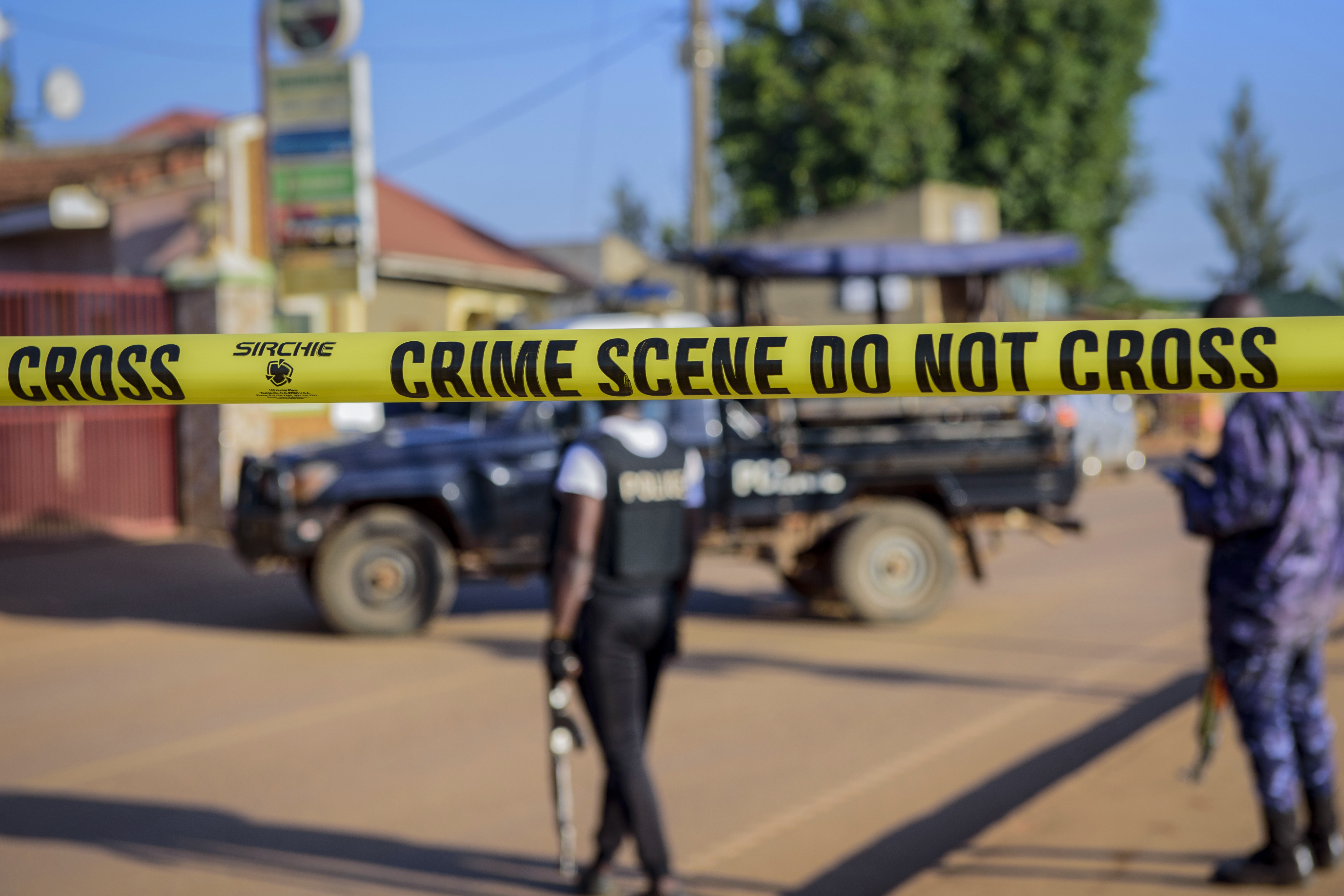 Police secure a road leading to the scene of an explosion in Kampala, Uganda, on Sunday. Associated Press/Photo by Nicholas Bamulanzeki

An Islamic State affiliate claimed responsibility for two attacks in Uganda’s capital city, Kampala, which has seen a recent spike in terrorism.

Authorities said a 20-year-old woman died and three other people were injured when a crude bomb exploded at a popular roadside restaurant in the city’s north last weekend. The Islamic State Central African Province (ISCAP) said the attack targeted “elements and spies for the Crusader Ugandan army.”

On Monday, one person died after an explosion occurred on a long-distance bus traveling from Kampala to western Uganda. Local authorities blamed both attacks on the Allied Democratic Forces, a rebel group linked to the Islamic State. Ugandan police spokesman Fred Enanga said police detained three men involved in the attacks.

ADF began in Uganda but has also killed thousands of civilians in the eastern Democratic Republic of Congo.

ISCAP claimed its first attack in Uganda on Oct. 8, saying its militants were responsible for bombing a police post in Kampala and injuring several people. The sudden surge in violence has prompted France and the British government to update their travel advisories. 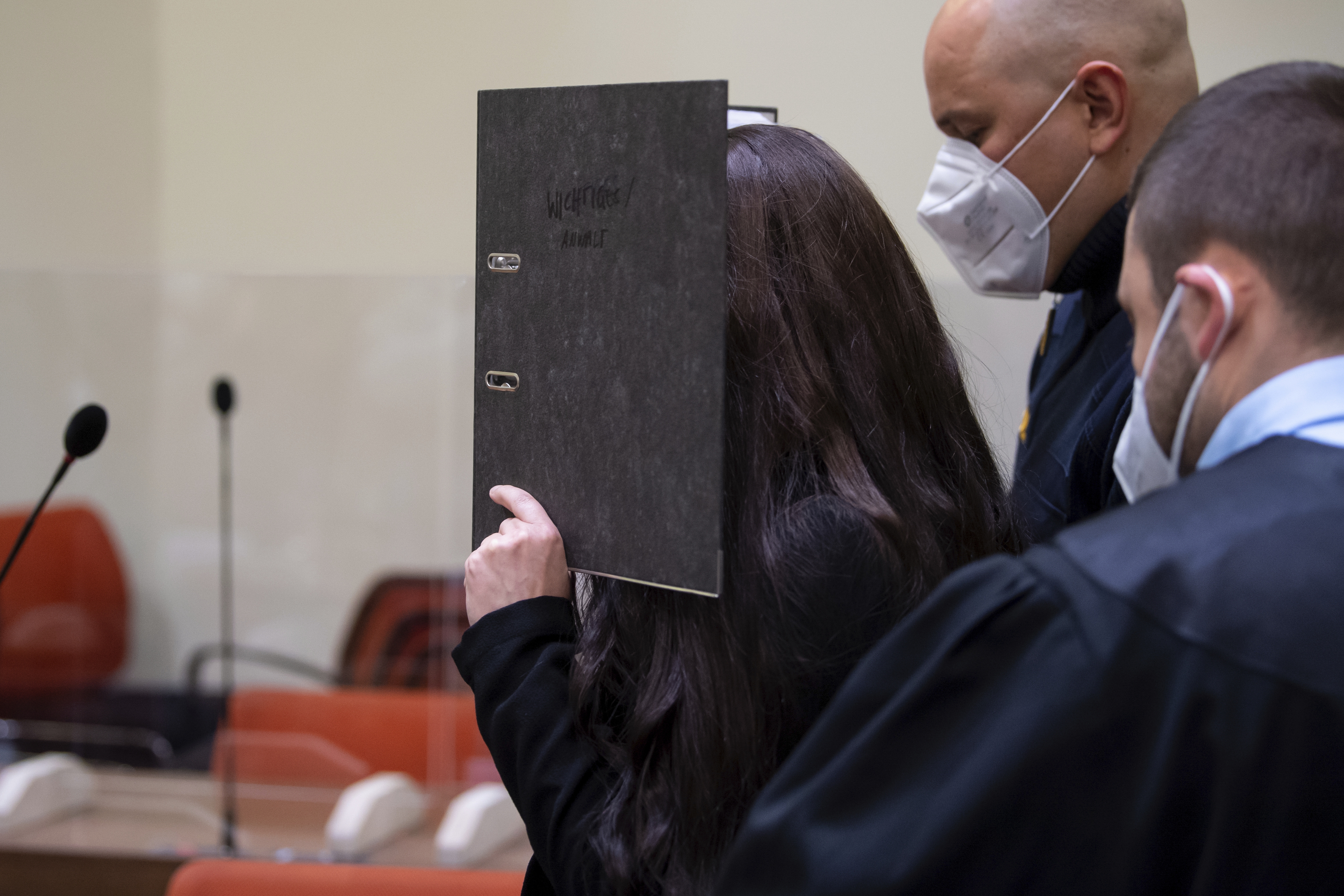 A German court sentenced a woman to 10 years in prison this week for her role in the death of a Yazidi girl. It marks the first conviction anywhere in the world for crimes committed by Islamic State militants against the Kurdish minority group.

Jennifer Wenisch, a German who grew up Protestant, converted to Islam in 2013 and moved to Iraq to join ISIS. The militants recruited her to patrol city parks in Fallujah and Mosul as part of the group’s morality police. While living in Mosul, she and her then-husband purchased a Yazidi woman and her 5-year-old daughter to serve as household slaves. The couple chained the child outside, where she died of dehydration in the heat.

Turkish authorities detained Wenisch in 2016 and deported her to Germany as she tried to renew her papers at the German Embassy in Ankara. Presiding Judge Joachim Baier said Wenisch “had to reckon from the beginning that the child, who was tied up in the heat of the sun, was in danger of dying.”

She was also found guilty of membership in a foreign terrorist organization, aiding and abetting attempted murder, attempted war crimes, and crimes against humanity. —O.O. 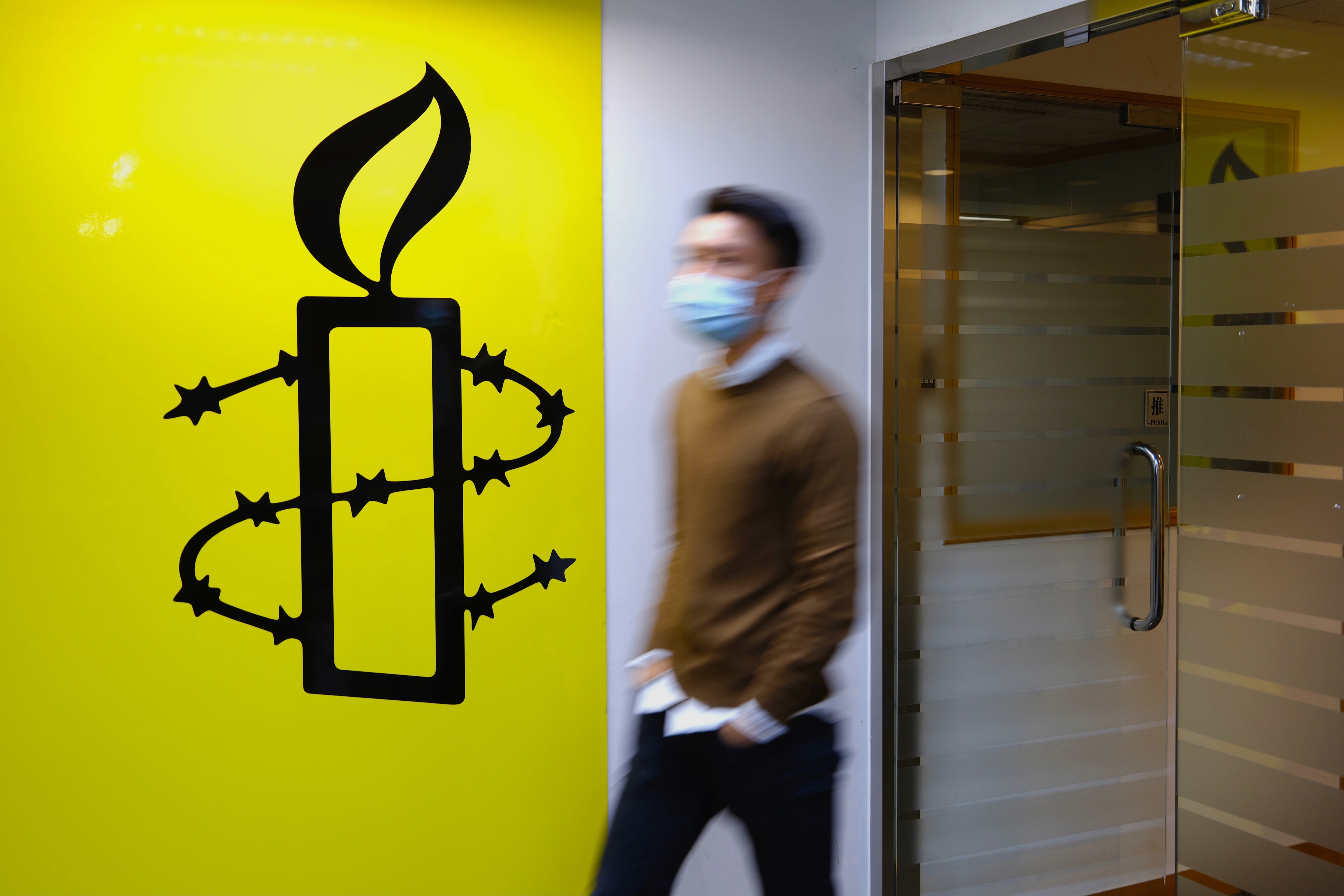 Rights advocacy group Amnesty International this week joined a list of pro-democracy groups leaving Hong Kong due to the national security law China imposed on the region. The group said Monday it will close its two Hong Kong offices by the end of the year.

“The environment of repression and perpetual uncertainty created by the national security law makes it impossible to know what activities might lead to criminal sanctions,” said Anjhula Mya Singh Bais, chair of Amnesty’s international board.

At least 35 groups have similarly disbanded this year as authorities implement the legislation, which bans sedition, foreign interference, and secession against the Chinese government. Authorities have also charged more than 70 people with security crimes since the law took effect two years ago, many of them pro-democracy activists. —O.O.