An unexpected gift for babies

The 9th U.S. Circuit Court of Appeals gave the Trump administration—and unborn babies—a surprise victory Thursday when it ruled unanimously that updates to Title X of the Public Health Service Act can go into effect. The changes will direct tax dollars away from Planned Parenthood and other abortion facilities to health centers that don’t perform or refer for abortions.

The 9th Circuit in the past has ruled against President Donald Trump’s policies, particularly those having to do with immigration. Trump has criticized the court, at one point calling it “a big thorn in our side.” Jonathan Alexandre, director of public policy at the pro-life legal group Liberty Counsel, called last week’s decision in the Title X case “a great development.”

“This is a great irony that it’s the 9th Circuit that has given us this preliminary victory, and we look forward to more pro-life wins,” he said.

The Trump administration updated the Title X rules in February to clarify that not only must federal family planning funds be used only on nonabortion services, but entities that receive Title X funds also must be physically separated from abortion centers and cannot refer for abortions.

Planned Parenthood has received about $60 million of the $286 million annual family planning grant because it says it keeps abortion and nonabortion services financially separate. The new rules put the entity’s funds on the chopping block. In April, a federal judge blocked the change to the dismay of pro-life advocates but the joy of 22 states that filed suit against the updated rules.

The appeals court did not rule on the merits of the case but simply said that the rules may go into effect while the litigation plays out.

“With today’s decision, President Trump’s [Department of Health and Human Services] is able to proceed with implementing the new Title X rule,” said Travis Weber, vice president for public policy at Family Research Council. “The finalized ‘protect life rule’ will draw a bright line between abortion and family planning programs—just as federal law requires and the Supreme Court has upheld.”

In the ruling, the 9th Circuit judges cited the 1991 U.S. Supreme Court case Rust v. Sullivan, which held that the government can favor childbirth over abortion and “implement that judgment by the allocation of public funds.”

“Absent a stay,” the judges wrote, “HHS will be forced to allow taxpayer dollars to be spent in a manner that it has concluded violates the law, as well as the government’s important policy interest in ensuring that taxpayer dollars do not go to fund or subsidize abortions.”

Alexandre said the case is far from over and could go to the U.S. Supreme Court. In the meantime, he said health facilities have 60 days to show they are compliant with the updated rules. 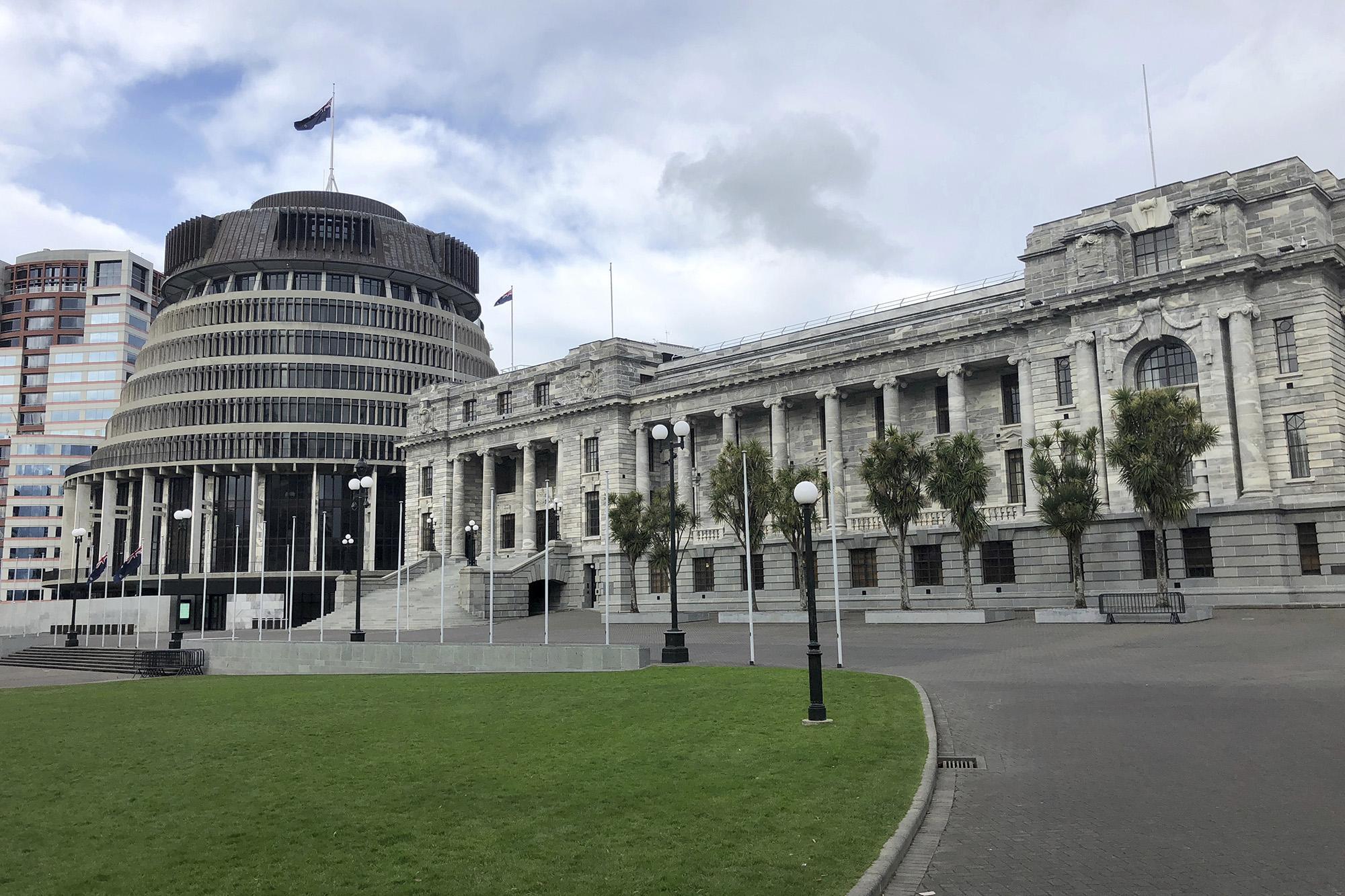 New Zealand: A letter bearing the signatures of 1,000 doctors decries a bill in Parliament that would legalize euthanasia, saying, “Physician assisted suicide and euthanasia are unethical, even if they were made legal. We believe that crossing the line to intentionally assist a person to die would fundamentally weaken the doctor-patient relationship, which is based on trust and respect.” The bill would allow euthanasia for the terminally ill and those with “a grievous and irremediable medical condition.”

United Kingdom: A British appeals court on Monday overruled a judge’s decision that a mentally and developmentally disabled woman must have an abortion even though she doesn’t want one and her mother is protesting the procedure, the Press Association news agency reported. The appellate judges said they would offer a detailed explanation of their decision at a later date. On Friday, lower court Judge Nathalie Lieven ordered the woman, who is about 22 weeks pregnant, to undergo an abortion. “I am acutely conscious of the fact that for the state to order a woman to have a termination where it appears that she doesn’t want it is an immense intrusion,” Lieven wrote. “I have to operate in [her] best interests.” Right to Life UK started a petition against Lieven’s ruling, saying, “This is an utterly despicable decision which must be opposed.” Police are investigating the child’s conception because it might not have been consensual.

Kenya: A Kenyan court widened the nation’s abortion policies in a ruling earlier this month when it decided the case of a girl who died after an illness she contracted during an illegal abortion. The court awarded financial compensation to the girl’s family and ruled that abortion could be allowed in cases of psychological distress. Previously, Kenya protected babies from abortion unless the pregnancy endangered the life or health of the mother. The court also warned abortion providers against skirting the country’s strong pro-life laws. —S.G. 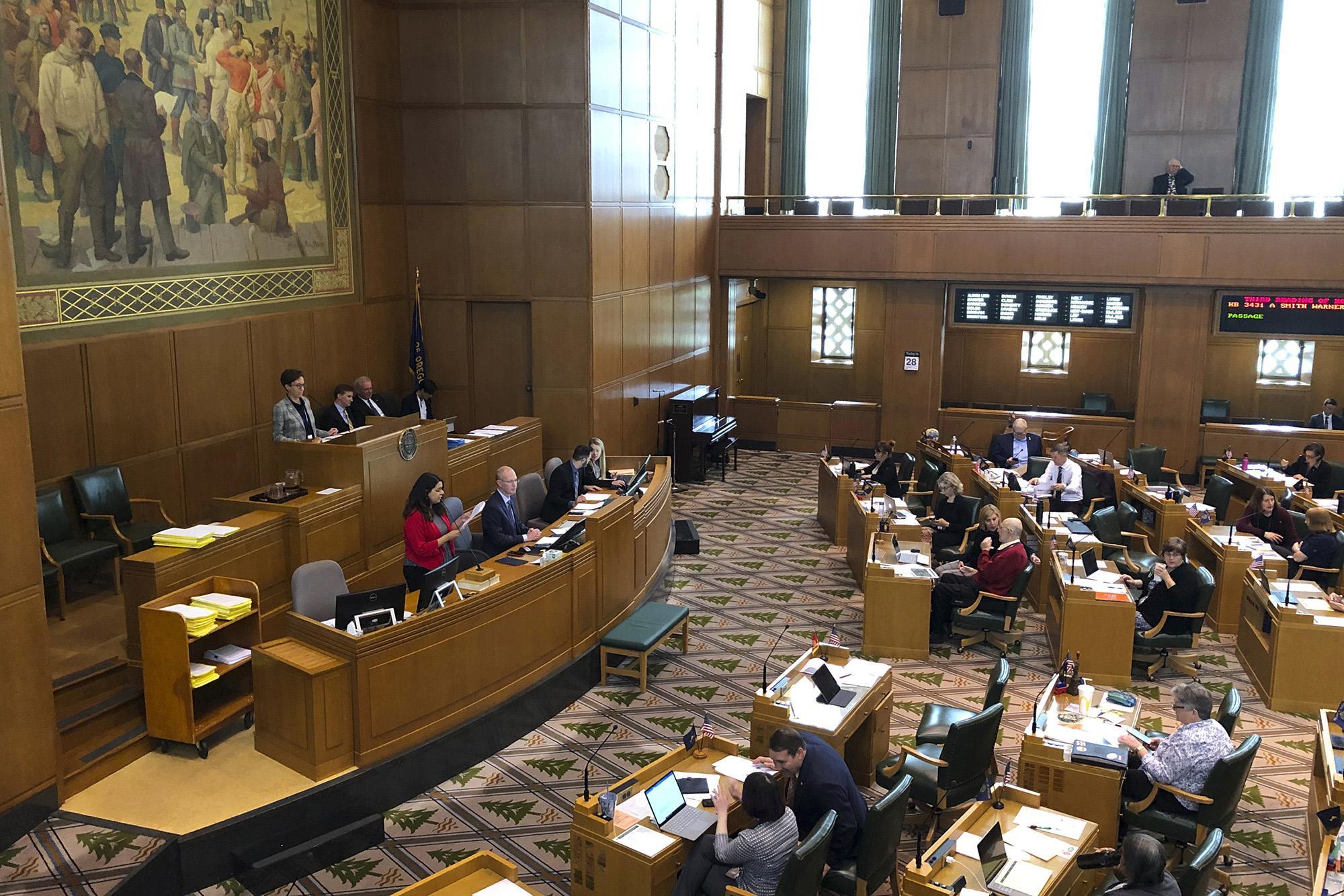 Oregon: The state House on Tuesday passed a bill that eliminates the 15-day waiting period for people seeking assisted suicide if doctors have predicted they have fewer than 15 days to live. Gayle Atteberry, executive director of Oregon Right to Life, decried the law, saying, “While it is incredibly hard for physicians to accurately prognosticate someone’s life expectancy, it is not incredibly hard for a person in a position of influence to bully a sick person into obtaining lethal drugs. Eliminating the waiting period will make this even easier.” The bill now heads to the desk of Gov. Kate Brown, a Democrat.

New York: To the frustration of Democratic Gov. Andrew Cuomo, a bill to legalize commercial surrogacy failed in the State Assembly. The bill raised opposition even from Deborah Glick, the first openly homosexual assembly member. “I certainly do not think there is sufficient protection for the women who do not appear to be considered as people in the arrangement, but rather as the donor and as the surrogate,” she said.

Missouri: State health officials refused to renew the license of Missouri’s sole remaining abortion center on Friday, saying the health and safety considerations were far too great to ignore. Randall Williams, director of the Missouri Department of Health and Senior Services, said Planned Parenthood corrected only four of 30 health and safety deficiencies cited by the state. “We feel we have a duty to prevent future harm, to prevent future accidents or bad outcomes from happening again,” Williams said. The center embroiled the state in a lawsuit over its license renewal earlier this year, but a St. Louis judge ruled Monday that it must hash out the dispute in a more suitable forum. Missouri Circuit Judge Michael Stelzer said Planned Parenthood could stay open until Friday while it pursued its case in the state Administrative Hearing Commission, which is designed to resolve disputes between residents or businesses and state agencies. —S.G.

Texas Gov. Greg Abbott, a Republican, signed a bill earlier this month making it a criminal offense for abortionists to neglect babies born alive after an attempted abortion.

Abortionists who violate the law face felony charges and a fine of at least $100,000. “The physician must exercise the same degree of professional skill, care, and diligence to preserve the life and health of the child as a reasonably diligent and conscientious physician would render to any other child born alive at the same gestational age,” the bill states.

The law does not punish women seeking abortions, but it does require anyone who knows an abortionist failed to care for a baby born alive to report the incident to the state attorney general. It is set to take effect Sept. 1. —S.G.