A Christian wedding photographer in Virginia faces three bad options: compromising his religious beliefs, violating the law and risking bankruptcy, or shutting down. Chris Herring takes photos for LGBT clients but draws the line at content that violates his faith, like photographing a same-sex wedding. “I happily work with and serve all customers,” he said, “but I can’t and won’t let the state force me to express messages that contradict my beliefs.”

Herring filed a preenforcement challenge on June 30 against the so-called Virginia Values Act that took effect the following day. The statewide public accommodation law imposes fines on business owners who decline to serve individuals because of their sexual orientation or gender identity. It also bars Herring from explaining on his website his religious objections to same-sex weddings. In the lawsuit, Herring argues the law violates his right found in the First Amendment to the U.S. Constitution not to say things with which he disagrees.

If his dilemma sounds familiar, it should. Without clear guidance from the U.S. Supreme Court, Christian business owners face similar obstacles across the country. Last year, the Arizona Supreme Court handed a win to stationery designers Joanna Duka and Breanna Koski, saying they had the right to decline to create invitations for a same-sex wedding. A federal appeals court said videographers Carl and Angel Larsen did not have to shoot same-sex weddings. And the Kentucky Supreme Court upheld Christian printer Blaine Adamson’s right to decline to print pro-LGBT T-shirts.

But other cases remain unresolved. Colorado web designer Lorie Smith is waiting for a federal appellate court ruling after losing a suit over a Colorado law that would compel her to design wedding websites for same-sex couples. And Kentucky photographer and blogger Chelsey Nelson heads to federal court on July 14 to fight a state public accommodation law that would require her to take photos at LGBT weddings.

Despite successful court challenges, state and local governments continue to try to force business owners like Herring to violate their beliefs, partially because the Supreme Court hasn’t definitively ruled on the subject. In 2018, the justices decided in favor of Colorado baker Jack Phillips, who declined to make a cake for a same-sex wedding. But they limited their reasoning to the overt hostility a state civil rights commission showed to Phillips’ Christian beliefs. The justices will revisit the issue in florist Barronelle Stutzman’s case against the state of Washington for prosecuting her for declining to design flowers for a same-sex wedding.

Virginia’s new law is the most sweeping public accommodation law in the country, said Victoria Cobb, president of The Family Foundation, a Christian nonprofit organization in the state. She said that during debates over the bill, it was “crystal clear” that legislators wanted to make sure no one of faith could follow his or her conscience if it conflicted with the law. Cobb added that Herring’s lawsuit “was just the first of what no doubt will be an endless stream of lawsuits against the government’s infringement of freedoms guaranteed by the First Amendment.” 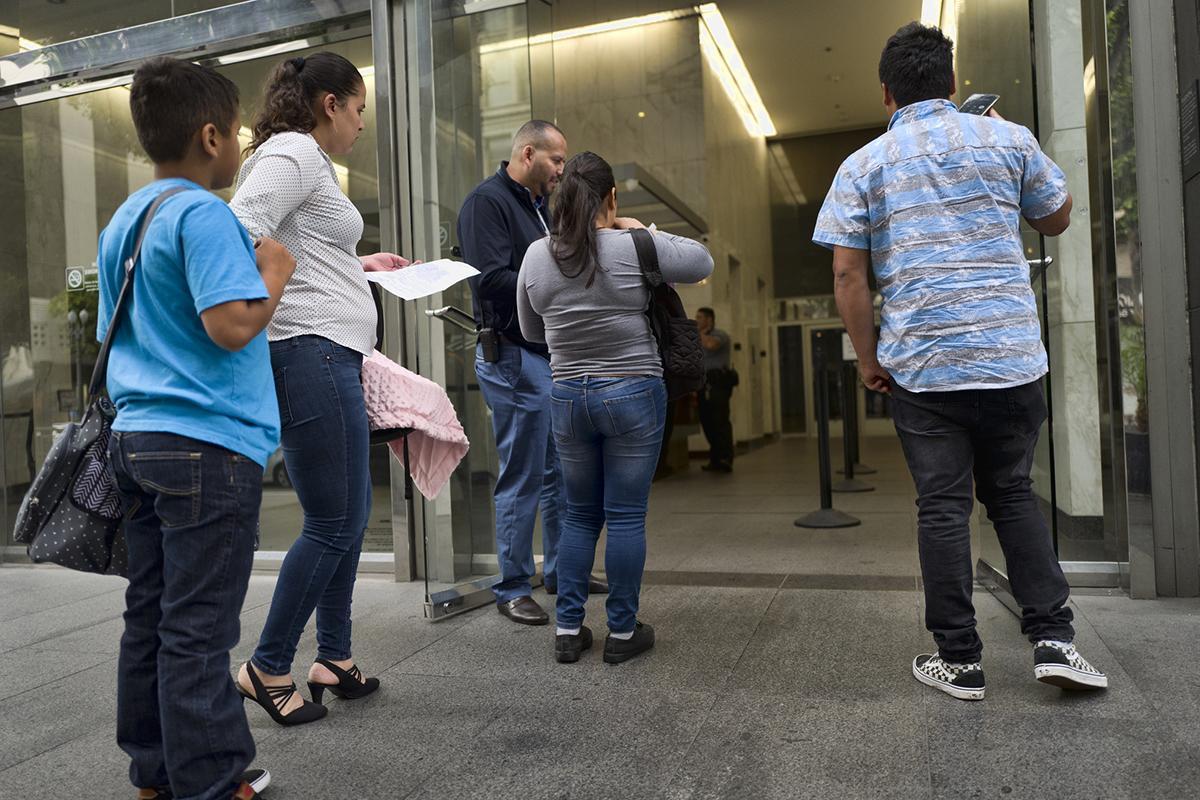 A group of immigration judges sued the Trump administration on Wednesday over a U.S. Department of Justice policy prohibiting them from speaking about policy or law.

The judges’ union claims its members have a First Amendment right to discuss publicly U.S. Attorney General William Barr’s policy changes, including lowering case quotas, jurisdiction reassignments, and limiting judges’ ability to close cases. While the president appoints those who serve in U.S. District Courts and on the Court of Appeals and the Supreme Court, the attorney general chooses immigration judges. The lawsuit highlights a continuing rift between the Trump administration and the National Association of Immigration Judges.

It also draws attention to the extent to which the federal government can discipline employees who take to personal social media accounts or other off-work platforms to criticize employers or voice controversial opinions.

In a 1968 case, Pickering v. Board of Education, the Supreme Court decided the federal government could only curb public employees’ free speech if it had a compelling interest. But the justices shifted in 2006 with Garcetti v. Ceballos, siding with the U.S. government and deciding the First Amendment to the U.S. Constitution doesn’t protect on-duty public employee speech.

The judges argue in the lawsuit that the government cannot justify such a broad restraint on their public speech and the policy has prevented them from warning about “the impact of the COVID-19 pandemic on the immigration courts and detained immigrants.” —S.W.

The day before the Fourth of July, Supreme Court Justice Brett Kavanaugh denied a request to stay Illinois Gov. J.B. Pritzker’s ban on mass gatherings. Kavanaugh, who is assigned to hear emergency petitions from a region that includes Illinois, offered no explanation.

Republican leaders challenged the Democratic governor’s ban on meetings of more than 50 people, arguing that it unfairly allowed religious gatherings of any size but not political gatherings. They had hoped to hold an Independence Day picnic, as well as an outdoor rally and indoor convention at some point.

After various state GOP organizations sued on Wednesday, a federal judge denied the request . In her opinion, U.S. District Judge Sara L. Ellis, who was appointed by President Barack Obama, ruled that “the Constitution does not accord a political party the same express protections as it provides to religion.”

Republican leaders have indicated they will ask the 7th U.S. Circuit Court of Appeals for expedited relief. —S.W.