An agricultural remedy in Africa

Thirty-five West Africans from seven countries made an hour-and-a-half hilly drive from Ganta, Liberia, last month to a 100-acre farm surrounded by forest. Sprouting oil palm trees make up about half of the property that served as a training ground for a five-day conference on “Farming God’s Way.”

Attendees cleared thick brush from the land and laid out sample plots for a vegetable garden, corn, and rice. They also learned to make natural compost and built an improvised plant-spacing machine from bottle tops and bamboo.

Frank Sindler, the regional director for East Africa for Mission to the World, the missions agency of the Presbyterian Church in America, said the training is designed to help farmers in that region realize that food shortages are solvable within the continent.

The training program has adopted a Zimbabwean farming technique called “Pfumvudza,” which uses conservation agricultural processes to help small-scale farmers increase their yield. Mission to the World has joined forces with Harare, Zimbabwe–based Foundations for Farming and other groups to bring Pfumvudza to more countries, incorporating a more holistic method that includes stewardship training and savings groups. The partnership has drawn more attention as African countries continue to face record drought and food shortages, which many experts project will worsen.

The Pfumvudza concept shows farmers how to grow sufficient food for an average-size family of six for a year. The technique follows precise spacing on 52 rows of crops across a plot that measures 127 feet by 52 feet—or about a tenth of an acre. Farmers cover the soil with mulch to retain moisture, avoid plowing, and incorporate natural compost. Sindler said the process has helped some farmers quadruple their production while farming a smaller plot.

“Some people said, ‘This actually sounds like what we used to do, but we adopted some Western methods,’” Sindler noted. “It was going back to what they did.” 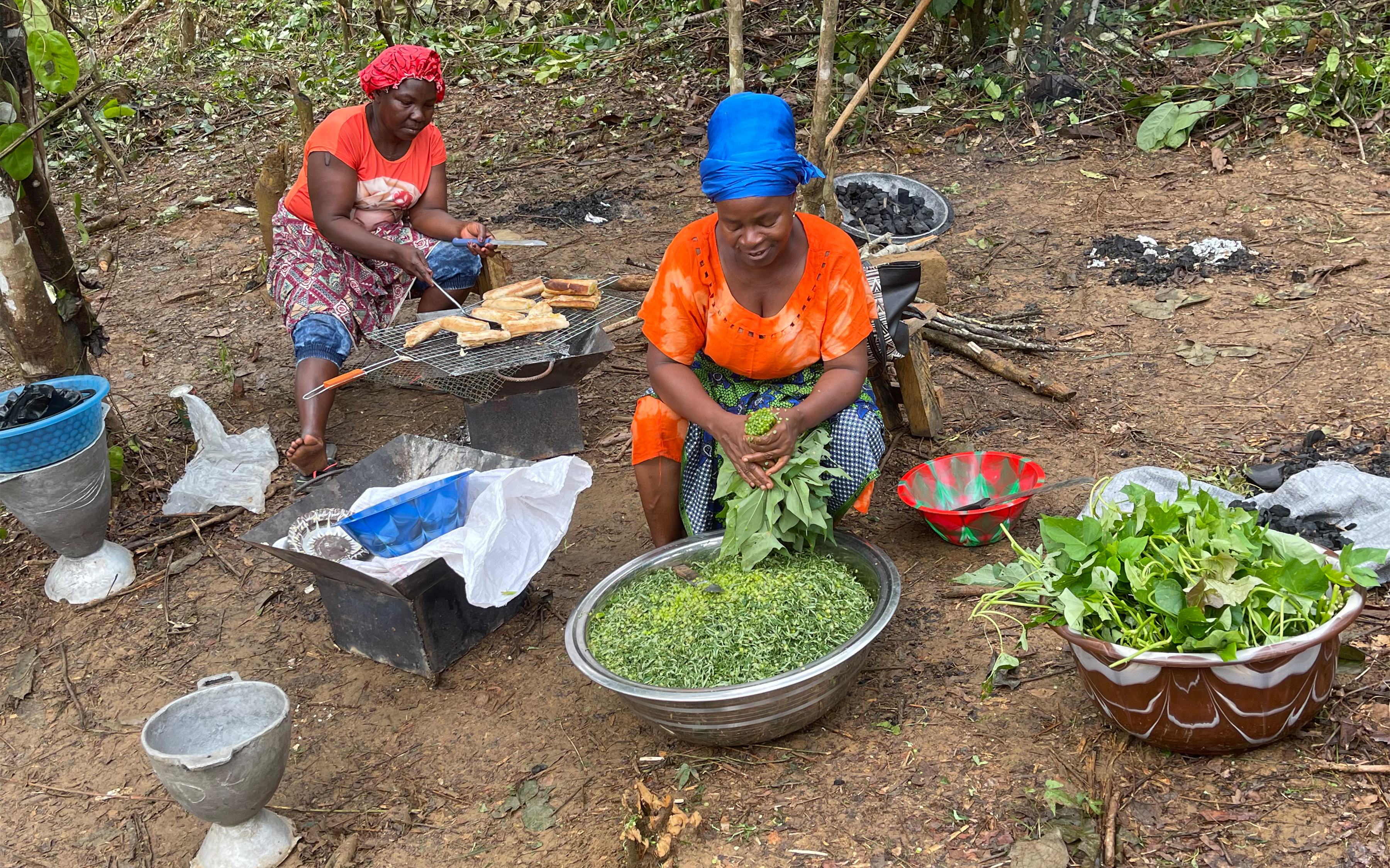 Women preparing meals for the conference Mission to the World

Pfumvudza has already received growing support in Zimbabwe. The government there funded the training of millions of smallholder farmers to grow maize and other grains in 2020. The country tripled its maize harvest the following year. Experts pointed to steady rainfall and government support for programs like Pfumvudza for the successful crop.

In October, Zimbabwean Deputy Agriculture Minister Vangelis Haritatos said the country is on track to harvest a wheat surplus, the highest expected output since 1962. He credited the contributions of small-scale farmers, adding that the war in Ukraine helped Zimbabwe “realize that we shouldn’t rely on other countries for food that we can grow on our own.”

Mission to the World is not specifically an aid group, but Sindler said interest grew as the missions organization realized the limited effect of monetary donations. For example, a PCA church in Virginia has raised tens of thousands of dollars to cover the food needs of about 2,500 refugees at a camp in northern Uganda for a few months.

“You can’t do that regularly,” Sindler said.

The ongoing drought in Africa has made the need for more sustainable responses even more urgent. According to the World Food Program, about 345 million people face acute food shortages. About 49 million people in close to 50 countries, mostly in Africa, are already at risk of famine. Sindler said a pastor in northern Uganda has already reported growing food shortages and some deaths from hunger.

Mission to the World and Foundations for Farming have begun working through church networks to train people on the continent to become more resilient. The program includes partnerships with other ministries to offer stewardship training as well. The savings and money-management courses use a story-based approach to explain the importance of savings while teaching helpful principles.

“That’s a key element because … just having excess won’t change their lives,” Sindler said. “Managing that excess in a godly way would make the difference.”

As interest grew, the training shifted to a regional approach. Last month’s conference in Liberia was the first in West Africa. The regional focus cuts costs and helps trainers adapt to different needs. For example, the trainees in Liberia replaced maize with rice, a West African staple.

“It was affirming to us that it was necessary to have a regional training center,” he said. “Predictable yields are not something that people think about normally, and oftentimes they end up without food by the next harvest.”

Last week, Sindler joined a conference call with representatives from 13 other ministry organizations. The conversation focused on the drought and rising food concerns in Africa. He said they all acknowledged the need for emergency support amid ongoing unrest in some affected areas. Yet, they agreed a more sustainable approach would help in the long term. The group has started to deliberate on how to work together to coordinate food supply chains, scaled-up agricultural training, and discipleship and will meet again in January.

“Everybody sees the problems; everybody knows the solutions are there,” Sindler said. “Africa has the resources to become a huge blessing to the entire world.”