America is more pro-life than it realizes

Surveys show that most U.S. adults support some protections for the unborn

A pro-life rally in Richmond, Va., on Feb. 7 Associated Press/Photo by Steve Helber

Though many Americans have adopted pro-abortion views in the last decade, most of them still think the unborn should be protected in the late stages of pregnancy, recent polls show.

The numbers show that recent efforts to strip all legal protections for unborn babies, such as a law signed by New York Gov. Andrew Cuomo that allows abortions up until birth in that state, do not represent the views of most Americans.

“This survey vividly reveals both the American people’s commonsense appreciation for the sanctity of life and the widespread horror, even among self-identified pro-choice Americans, of new laws like New York’s that effectively allow abortion up until the moment of delivery,” AUL President Catherine Glenn Foster said. “Planned Parenthood and elected officials like Gov. Cuomo who support abortions up to the point of birth are out of step with not only their supposed core constituents, but also our country’s essential tenets of life, liberty, and the opportunity to pursue happiness.”

A similar poll last month by the Marist Institute for Public Opinion showed that in the last 11 years, Americans have inched toward a pro-abortion position but still favor at least some protections for the unborn.

Andrew Walther, a spokesman for Knights of Columbus, the Catholic service organization that sponsored the poll, told me the results challenge the meaning of the term “pro-choice.”

“About 6 in 10 people who are identified as ‘pro-choice’ are supportive of restrictions on abortion,” he said. “I think that all of that shows that this issue is much more nuanced than simply reducing it to the number of Americans that identify with one of two labels.”

The Marist poll found that 85 percent of Americans favor protecting the unborn in some way. Forty-two percent of people who identify as “pro-choice” think abortion should be allowed only during the first three months of pregnancy. Most Americans also oppose taxpayer funding of abortion abroad (75 percent) and at home (54 percent), and 62 percent said babies should not be aborted based on a Down syndrome diagnosis.

While they still generally support legal protections for the unborn, Americans consider themselves slightly less pro-life than they did 11 years ago. In 2008, 44 percent said they were pro-life, compared to 38 percent now.

Another recent poll of millennials revealed similar results among 18- to 34-year-olds. Only 7 percent of millennials agreed that abortion should be “allowed without exception and funded by tax dollars,” a poll by Students for Life of America found. Compared to 75 percent of all Americans in the Marist poll, 70 percent of millennials supported some limits on abortion, including protecting the unborn after five months of pregnancy and requiring parental notification for minors to have abortions.

Students for Life also found that millennials were open to changing their minds when presented with facts. After the pollsters informed them that Planned Parenthood performs more than 321,000 abortions per year, the percent of respondents holding a favorable opinion of the organization dropped from 54 to 41 percent. The support dropped even more, to 35 percent, when the surveyors told participants that Planned Parenthood annual profits totaled $98 million and the organization spent more than $30 million in the 2016 elections.

“Our poll found that millennials do not blindly support unlimited abortion paid for with their tax dollars, no matter what the popular culture says,” said Kristan Hawkins, president of Students for Life of America. “Millennials may reject labels in general, but when it comes to the specifics of abortion policy, they are anti-abortion.” 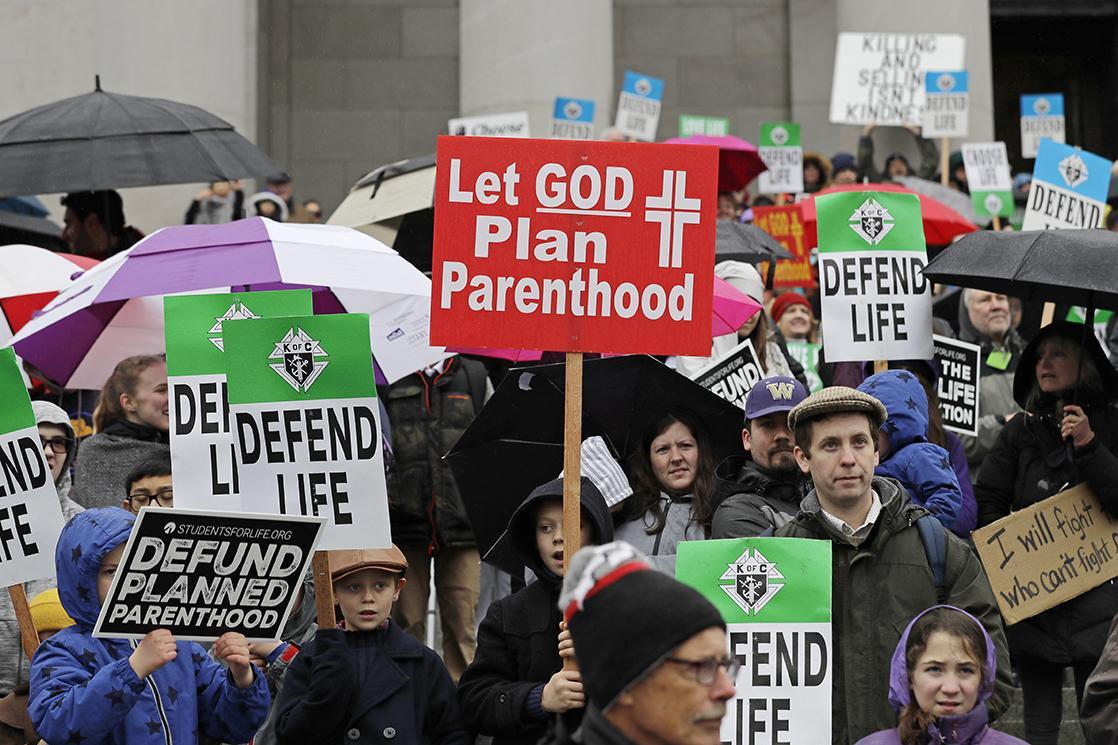 Illinois: In anticipation of a potential decision by the U.S. Supreme Court to overturn the 1973 Roe v. Wade decision, four Democratic pro-abortion state lawmakers plan to introduce the Reproductive Health Act, modeled after New York’s new law that allows abortion at any point before a child’s birth. The bill would repeal a state law protecting babies from partial-birth abortion. It would also make private insurers pay for abortions and repeal an unenforced law that allows a husband to take legal steps to protect his unborn child. A second bill in Illinois would get rid of the state’s parental consent requirement for minors seeking an abortion.

Tennessee: Bills introduced in the state House and Senate this month would protect the unborn from abortion throughout pregnancy in the event that the U.S. Supreme Court overturned Roe v. Wade and left the issue up to the states. Rep. Susan Lynn, one of two sponsors for the bills, said the act “would restore constitutional protections for our unborn and for the women of Tennessee.”

Pennsylvania: A bill to safeguard children with a Down syndrome diagnosis from abortion is coming back to Pennsylvania’s House of Representatives. “Most of us know a family touched by a Down syndrome child and know that these children lead joyful and fulfilling lives,” Rep. Matt Dowling, a co-sponsor of the measure, wrote on his Facebook page. The bill died in the state Senate last year.

New Jersey: An assisted suicide measure made its way out of a legislative committee this month. Under the bill, patients given fewer than six months to live could self-administer doctor-prescribed drugs that would end their lives. It would be the eighth state, along with the District of Columbia, to legalize assisted suicide.

Protections for beating hearts: Legislators introduced or advanced bills last week in Kentucky, Mississippi, Ohio, and Texas to protect the unborn from abortion after they develop a detectable heartbeat. Tennessee also has a heartbeat bill before its legislature. The bills come despite a court striking down Iowa’s heartbeat law last month and Ohio Gov. John Kasich, a Republican, vetoing a similar bill in his state in December. Kasich’s successor, Mike DeWine, also a Republican, has said he would sign the latest bill, and Tennessee GOP Gov. Bill Lee said he would support a heartbeat bill, as well. —S.G. 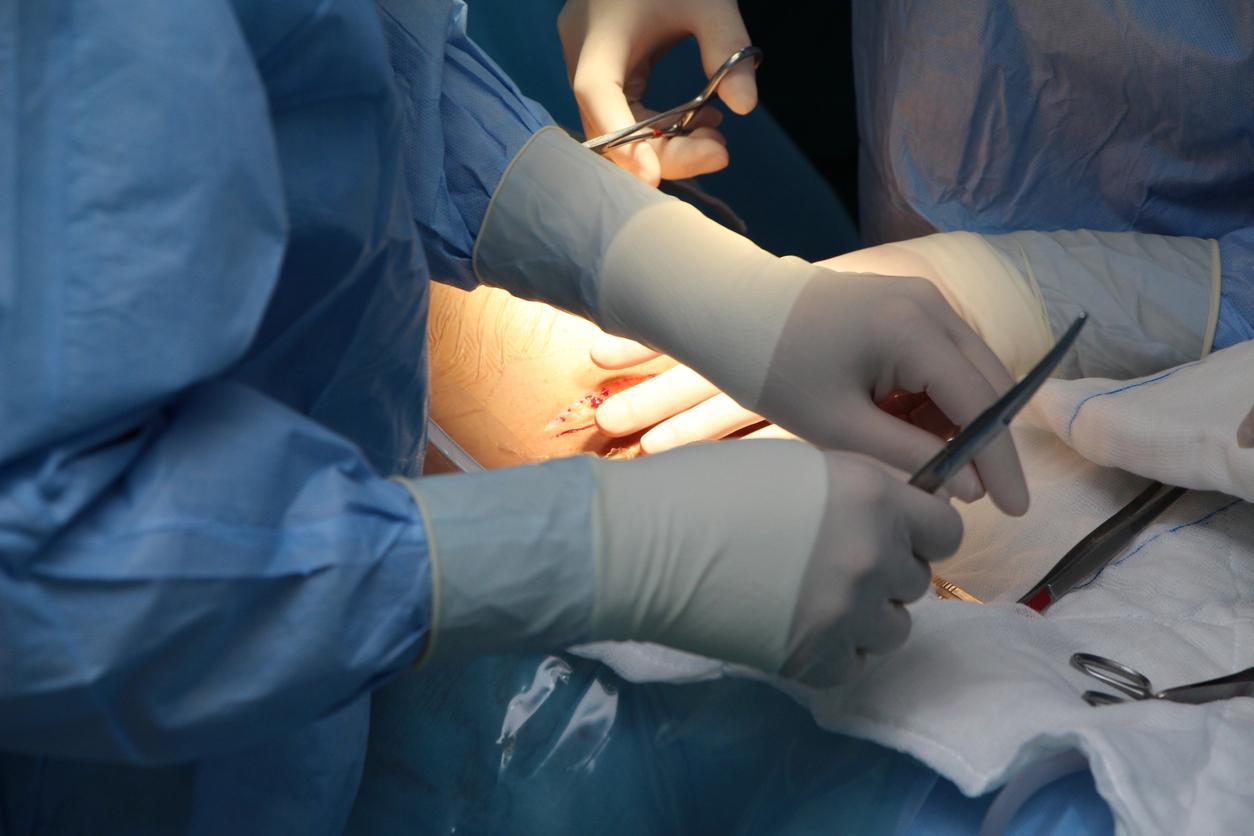 Surgery for life in the womb

The United Kingdom’s National Health Service will offer spine surgery for babies still in the womb starting in April. Four patients are known to have undergone the surgery to correct spina bifida, or abnormal spinal development, so far in Britain. The procedure is already available at major U.S. medical centers. In a Facebook post, a U.K. mom described the successful surgery on her unborn daughter with spina bifida. “I’m fragile and sore but as long as she is doing fine that’s all we care about,” Bethan Simpson wrote.

Neurosurgeon Dominic Thompson told the BBC earlier this month that the surgery he performed on Simpson’s baby is a ray of hope for parents whose children get a spina bifida diagnosis in the womb. “Until now, when people got this devastating news there were two options—continue with the pregnancy or termination,” Thompson said. “This now offers a third option.” —S.G.