Hunters, an Amazon Prime series set in the 1970s in New York City, tells the story of a group of vigilantes assembled by Holocaust survivor Meyer Offerman (Al Pacino). Their mission: to track down and assassinate hundreds of Nazi officers living undercover in the United States. In one episode, a flashback scene to World War II shows Nazis forcing prisoners at the Auschwitz concentration camp to kill each other in a game of human chess.

Auschwitz Memorial, a charity that preserves the historical site in Poland, called the scene’s inclusion in the show “dangerous foolishness,” adding, “It also welcomes future deniers. We honor the victims by preserving factual accuracy.”

The U.K.-based Holocaust Education Trust also warned that the show’s tone of “flippant entertainment” could embolden people who deny the Holocaust happened.

David Weil, the show’s creator and the grandson of a Holocaust survivor, explained to the Hollywood news site Deadline his reason for making up scenes like the “chess match” one: “Why did I feel the need to create a fictional event when there were so many real horrors that existed? … I simply did not want to depict those specific, real acts of trauma.”

Lior Zaltzman of the Jewish Telegraphic Agency noted that Nazi hunters existed in 1970s America. The most prominent one, Simon Wiesenthal, survived four concentration camps. After the war, he compiled and prepared evidence on Nazi atrocities for the U.S. Army’s War Crimes Section. He spent his life researching and assembling information to help authorities track down and prosecute Nazi war criminals—much less sensational than the methods portrayed on Hunters.

Reviews on Amazon show an almost even split between positive and negative reactions to the show. Fans described Hunters as “captivating” and “truth wrapped in a story of good versus evil.” One told detractors to “calm down, people. It’s a FICTION TV SERIES.”

Critics said the show was disrespectful. “This show is a travesty,” one said. “To replace the honorable work of the real Nazi hunters—Jews—with a multicultural … cast that every streaming service feels required to do these days is an insult to anyone actually touched by the Holocaust & Fascist Germany.”

Hunters is not the only recent Holocaust story to experience a mixed reception. Jojo Rabbit, a film whose writer and director Taika Waititi won an Oscar for best adapted screenplay, garnered disapproval, too. The satirical coming-of-age story is about a Hitler Youth member who discovers his mother is hiding a Jewish girl in their attic. Jewish reviewer Gabriella Geisinger said Jojo Rabbit makes “people think critically about what it is that informs our beliefs … and … laugh while we do it,” while IndieWire critic Eric Kohn wrote that Waititi’s film “reduces the underlying circumstances—you know, that Holocaust thing—to a superficial prop.”

Waititi later said he thought the film would have gotten less criticism if people knew he was Jewish, but he did not publicize the fact because he didn’t want it to influence people’s reactions to the movie.

Holocaust remembrance groups have also reprimanded Amazon for continuing to offer anti-Semitic publications. Karen Pollack, chief executive of the Holocaust Education Trust, asked Amazon to remove children’s books by Julius Streicher, a Nazi publisher who was convicted of crimes against humanity in the Nuremberg trials and executed. Amazon responded that it took the concerns seriously and listened to feedback: “As a bookseller, we believe that providing access to the written word is important, including books that some may find objectionable.” 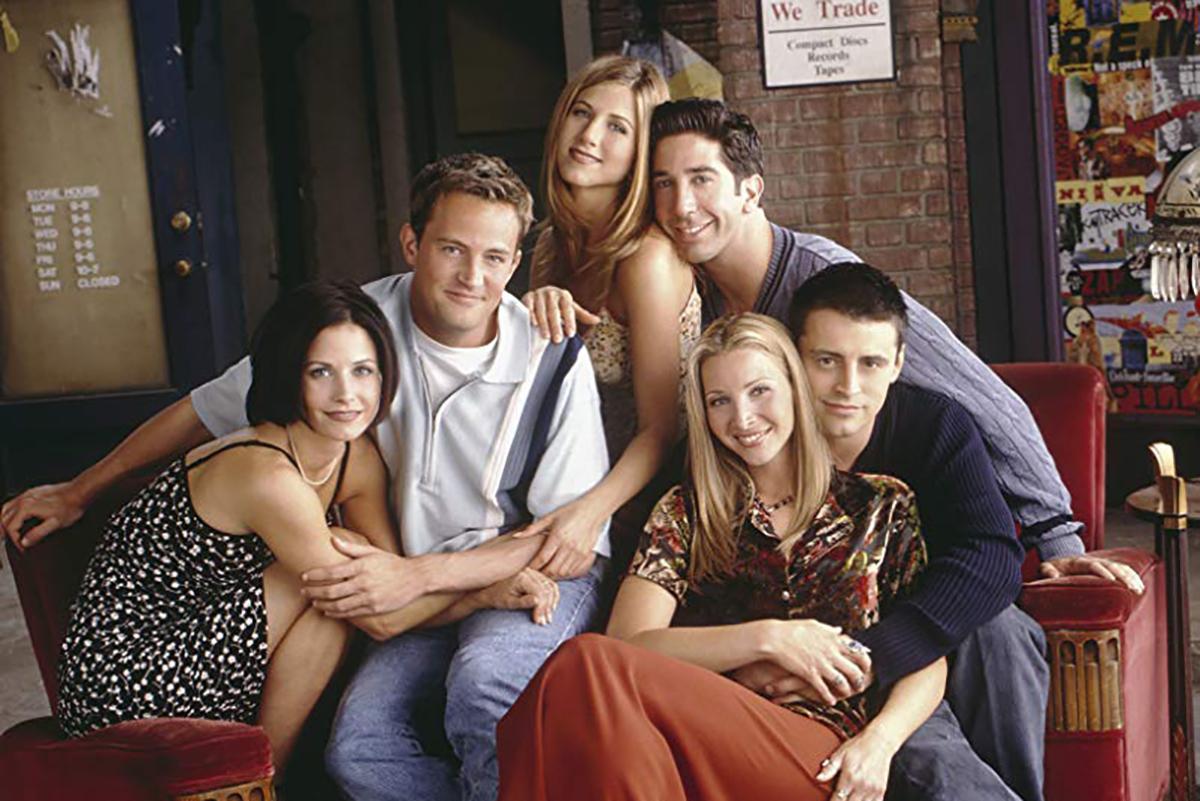 The cast of <em>Friends</em> in younger days NBC

The entire cast of Friends is returning to television for a one-time, unscripted reunion episode. Some of the stars of the sitcom announced the news a week ago on Instagram, setting off a social media storm. Though the show went off the air 15 years ago, it has resurged in popularity of late. In 2018, it ranked as the second most-watched show on Netflix.

For people who did not watch TV (or know anyone who did) in the late 1990s and early 2000s, Friends is about six funny, attractive young adults who all have dream jobs (paleontologist, head chef, actor) and can afford spacious New York City apartments but still find time to chill in the middle of a workday. Each character encounters difficulties, but overall, their lives remain in pristine condition.

The friends retain many of the habits of adolescence: They party, complain, make rash decisions, and only hang around people who look and act just like them. They have crude and flippant attitudes toward dating and sexual topics like pornography.

The special reunion segment will appear on HBO Max, a streaming platform set to launch in May. It will contain all 236 episodes of Friends, which left Netflix at the end of 2019. —Loren Skinker 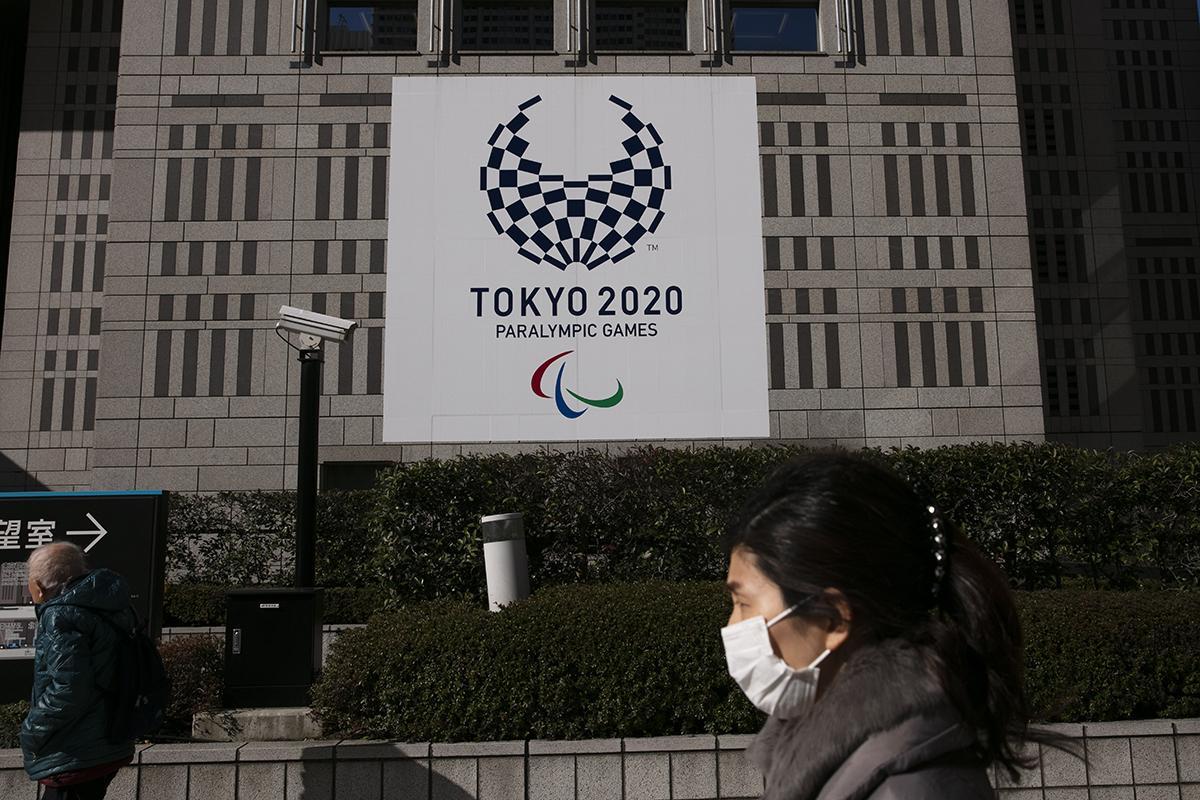 The cast of <em>Friends</em> in younger days NBC

The Summer Olympics are set to open July 24 in Tokyo, but will the coronavirus epidemic have subsided by then? A member of the International Olympic Committee said planners can wait until May at the latest to decide whether to move forward. It takes about two months to prepare the security, food, lodging, and media studios needed for the games, said Dick Pound, who has served on the IOC since 1978.

If the IOC determines the coronavirus outbreak is too great a threat, then they probably won’t happen at all. “You just don’t postpone something on the size and scale of the Olympics,” Pound said. “There’s so many moving parts, so many countries and different seasons, and competitive seasons, and television seasons. You can’t just say, we’ll do it in October.”

Japan has had about 200 cases and four deaths from COVID-19, the disease caused by the new coronavirus. Under pressure to protect the Olympics, Japanese Prime Minister Shinzo Abe on Wednesday asked all schools in the country to close for about a month. —Lynde Langdon

Crying out to Jesus

Justin Bieber and his wife, Hailey, appeared at Kanye West’s Sunday Service gathering on Sunday. Bieber sang gospel icon Marvin Sapp’s “Never Would Have Made It,” which has become something of a theme song for the pop star’s public profession of faith in Christ. He stopped to pray in the middle of the melody, calling on Jesus: “We need You now more than ever. We want more of You now more than ever. Our desire is to know You and please You and walk with You. Our desire is to do what’s right in the shadows when nobody’s watching. … Thank you, Jesus.” —L.L.

Part of the best description I’ve ever seen of the tv show Friends:

“The friends retain many of the habits of adolescence: They party, complain, make rash decisions, and only hang around people who look and act just like them. They have crude and flippant attitudes toward dating and sexual topics like pornography.”

The show’s popularity is an alarming sign of our state of mind.

The apparently genuine conversions of Kanye West and Justin Bieber are encouraging signs that the Lord is still at work in our midst. Praise the Lord!