Al-Qaeda extremists in Mali have released a Swedish hostage six years after capturing him.

Swedish Foreign Minister Margot Wallstrom confirmed Monday that Johan Gustafsson has reunited with his family in Sweden: “I welcomed him home, and I can say that he is in good health and is holding up well, given the circumstances.”

Islamic militants kidnapped 42-year-old Gustafsson and two others in November 2011 when the extremist group started to gain a foothold in the country. The trio were traveling on a motorbike tour in Timbuktu, northern Mali. French special forces in April 2015 helped free Dutch national Sjaak Rjike, but there’s been no word on South African Stephen McGown. The extremist group has persisted with attacks on peacekeepers and Malian forces despite being forced out of its major strongholds in 2013.

Wallstrom said Gustafsson was Sweden’s longest-held hostage “in the modern history” of the country. She described the release as the result of “several years of efforts” by local and international authorities, but did not give any details on the negotiations that led to Gustafsson’s release.

“The Swedish policy is not to pay ransom in connection with kidnappings,” she said.

“We are so thankful and happy,” she said. “We still had our hope, but there wasn’t much of it left.”

Extremists and militant groups still hold several missionaries and Westerners in Mali and neighboring Burkina Faso. Four men who identified themselves as jihadists in February kidnapped a 56-year-old Franciscan nun when they attacked a church in Karangasso village. Al-Qaeda in January released a proof-of-life video of Swiss missionary Beatrice Stockly, kidnapped in January 2016. In neighboring Burkina Faso, al-Qaeda militants have released no word on Ken Elliot, an Australian medical missionary kidnapped a year ago. 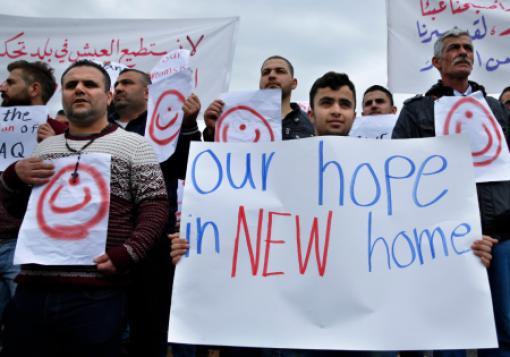 As global forced displacement reached unprecedented highs again in 2016, it wasn’t only war or famine driving people from their homes. Religious persecution is a “key driver” of displacement, according to the United Nations.

Aid groups don’t provide overall estimates for how many Christians flee their homes because of persecution, versus other factors, but many of the countries experiencing massive displacement are the same places where religious minorities suffer severe persecution. The UN Refugee Agency (UNHCR) noted significant new forced displacements in Democratic Republic of the Congo, South Sudan, Libya, Afghanistan, Iraq, and Yemen in 2016. Of those, Christians are severely persecuted in four. Open Doors’ World Watch List ranks Libya (11), Afghanistan (3), Iraq (7), and Yemen (9) as some of the hardest places for Christians to live.

In recent years, about 12 million Syrians fled their homes, including about half of the minority Christian population, according to Open Doors UK. Syria ranked sixth on the latest watch list.

“Displacement is a massive form of persecution,” said Kristin Wright, director of advocacy for Open Doors USA. She noted additional countries like Colombia and Nigeria where Christians are targeted and sometimes forced to live on the run. —Julia A. Seymour 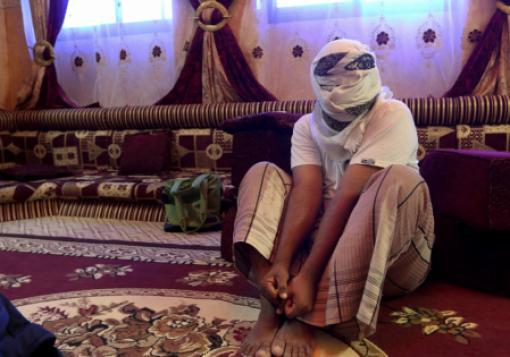 Yemeni and U.S. officials have launched separate investigations after a report detailed human rights abuses by United Arab Emirates forces that work with U.S. military interrogators in Yemen. The report revealed hundreds of suspected al-Qaeda detainees in prisons across southern Yemen were beaten, sexually assaulted, and rotated on spits, among other abuses.

American officials said they neither participated in nor had any knowledge of the abuses. Yemen’s internationally recognized government on Saturday ordered the creation of a six-member committee to investigate the claims and report back in about 15 days. The American Civil Liberties Union on Friday said it filed a Freedom of Information Act request to access U.S. records on the interrogations.

Sens. John McCain, R-Ariz., and Jack Reed, D-R.I., wrote a letter to Defense Secretary Jim Mattis asking for a review of the abuses: “Even the suggestion that the United States tolerates torture by our foreign partners compromises our national security mission by undermining the moral principle that distinguishes us from our enemies—our belief that all people possess basic human rights.” —O.O.

Ghana’s Supreme Court has revoked an earlier decision to allow two former Guantanamo Bay detainees to resettle in the country. Former President John Mahama’s administration last year reached a deal with the United States to allow Yemeni nationals Khalid Mohammed Salih al-Dhuby and Mahmmoud Omar Mohammed Bin Atef to resettle in Ghana. The court ruled the decision unconstitutional since it lacked approval from members of parliament. Chief Justice Sophia Akuffo said the men would return to the United States within three months if the government does not submit the agreement to parliament for approval. The initial resettlement drew criticism from religious and civil groups, who raised security concerns because the men had been accused of belonging to al-Qaeda. —O.O.

Renewed clashes between rebel groups continue to drive the conflict in Central African Republic. Fighting that began last week between the predominantly Christian anti-Balaka and another rebel group killed at least 100 people. The International Red Cross on Monday said one of its volunteers died during the clashes while he manned the group’s compound in the town of Bangassou. Thirteen of the 14 armed groups in the country signed a peace deal in Rome last week, a day before the fighting started. The country’s unrest began in 2013 after a predominantly Muslim rebel group overthrew the president. Several militant groups have emerged since then across the country. —O.O.

Another landslide on Tuesday hit the Chinese village of Xinmo—the second since Sunday. The first landslide in the southwestern mountain village killed 10 people, and rescuers continue to search for about 93 others. Regional experts said rainfall likely triggered the landslide. The government has sent about 3,000 rescuers to assist in the search for survivors. So far, only one family—a couple and their month-old baby—have been found alive. —O.O.