Biologist Mark Armitage won a wrongful termination settlement from California State University, Northridge (CSUN), but he still faces an uphill battle as a creationist in secular science. Four years ago, Armitage sued the university for firing him after he discovered soft tissue in a Triceratops horn fossil he found on a dig. Armitage believed the soft tissue gave proof dinosaurs roamed the earth thousands of years ago, not millions, as most evolutionary scientists claim. Soft tissue would not have remained preserved for millions of years, he said.

Armitage published his paper in the journal Acta Histochemica but he did not mention his thoughts on the age of the specimen or his belief in a young earth. He showed the tissue samples to some of his students and engaged them in discussion about the age of the fossil. Soon after, according to the lawsuit, his supervisor stormed into the lab and shouted, “We are not going to tolerate your religion in this department.” A few days later, the university fired him.

Even though the school denied religious discrimination and said it lacked funds to continue his position, they settled with Armitage in late 2016 for $399,500, according to Inside Higher Ed. The university said the settlement was not an admission of guilt.

“The decision to settle was based on a desire to avoid the costs involved in a protracted legal battle, including manpower, time, and state dollars,” CSUN spokeswoman Carmen Ramos Chandler said in an email to The Sundial, the university’s student newspaper.

But, Alan Reinach, Armitage’s attorney, said university officials’ willingness to settle with such a large sum of money indicated they believed they would lose the case if it went to court. “The state doesn’t put large, six-figure settlement money out unless they are really concerned they are going to lose,” he told the College Fix.

Although he won the settlement, Armitage reports the discrimination hasn’t stopped. Since the university fired him, he has discovered additional soft tissue in fossils on two different digs, but he cannot find a journal willing to publish his papers. “I’m clearly being blackballed,” he said.

Despite the ongoing discrimination, Reinach called the case an unusual win for creationism: “We are not aware of any other cases where a creationist has received a favorable outcome. This was truly a historic case.” 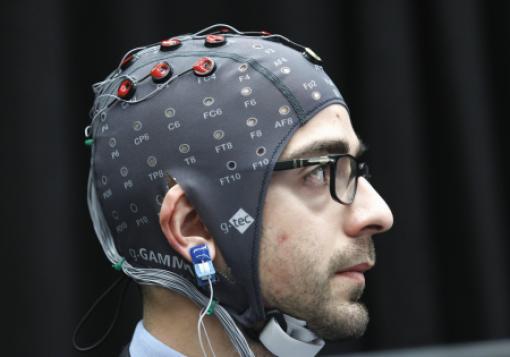 Before we become the Borg

The Borg, nemesis of the universe in the popular science fiction series Star Trek, was a civilization of cybernetic beings with technologically interconnected minds. Humans are a long way from developing technology that could make anything like the Borg, but an international group of neuroscientists warns the growing ability to use computer hardware and software to directly interact with the human brain calls for new ethical guidelines.

Brain-computer interface (BCI) technology mainly focuses on treating people with spinal cord injuries, but in an essay that appeared in the journal Nature, researchers said the science could soon lead to the ability to directly manipulate an individual’s brain to control intentions, emotions, and decisions. The neuroscientists envision a day in the not-so-distant future when humans interface with devices not through their fingers or voice but merely by thinking. Just as when we think about moving our arm it moves, we will think about what we want our computer to do, and it will do it.

The researchers noted in the essay that such technology could open the way for corporations, hackers, governments, and others to find new ways to exploit and manipulate people. It could compromise our private mental lives and autonomy. Governments could create a military force with superhuman intelligence, endurance, and capabilities.

It seems likely this type of technology will continue to advance rapidly. According to the researchers, for-profit industries currently spend $100 million per year on neurotechnology and, under President Barack Obama’s BRAIN Initiative, the U.S. government has spent another $500 million since 2013.

To protect privacy and identity, the experts recommended establishing an international convention to define ethical guidelines and prohibitions for neurotechnology. They suggested public education and laws that strictly regulate the sale and commercial use of personal brain data. They further recommended controlling protocols for military use of BCI, just like the Geneva Protocol controls chemical and biological weapons use.

“We just want to ensure that this new technology, which is so exciting and which could revolutionize our lives, is used for the good of humankind,” Rafael Yuste, director of Columbia University’s Neurotechnology Center and a member of the Data Science Institute, said in a statement. —J.B. 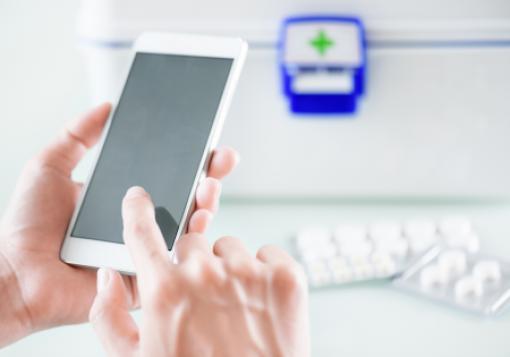 The U.S. Food and Drug Administration just approved the first digital medication, Abilify MyCite. The so-called smartpill is a form of Abilify, an antipsychotic medication used in the treatment of schizophrenia, bipolar manic episodes, and some cases of depression. The pill contains a digestible sensor the size of a grain of sand. When a patient takes the medication, stomach fluid activates the sensor, which sends a message to a patch the patient wears. The patch transmits the information to a mobile application so patients can use the system to track their daily medication intake and share that information with caregivers and physicians through a web-based portal.

The technology could enhance medication compliance and give doctors an objective way to make sure patients take medications as prescribed. But some experts raise questions about privacy and consent issues. Could insurance companies use the information to coerce compliance through financial incentives? Could others find a way to hack into the system? Could family members or employers pressure a patient to give them access to the patient’s medication information? How will a pill that can tattle on you affect the doctor-patient relationship?

Abilify is the first pill offered with the digital tracking system, but it certainly won’t be the last, Michael Birnbaum, director of the Early Treatment Program for psychosis at Lenox Hill Hospital in New York City, told Medscape. “Technology will revolutionize behavioral healthcare, and this advancement is simply the beginning of the digital transformation,” he said. —J.B.

An international group of astronomers led by researchers at the Warwick University in Coventry, England, just located the largest planet relative to the size of its sun ever discovered. The finding shocked scientists because it contradicts established theories about planet formation and shows there is much we don’t know about the origin of celestial bodies.

The planet, 600 light years away, is at least the size of Jupiter and orbits a sun half the size of Earth’s. According to current theories, small stars can form rocky planets but cannot gather enough material to form gas giants like the newly discovered one. “The discovery … was a complete surprise to us,” Daniel Bayliss, the lead author of the research said in a statement. —J.B.