Victims of a suicide bombing at a presidential campaign rally receive treatment at a hospital Tuesday in Parwan province, Afghanistan. Associated Press/Photo by Rahmat Gul

A week set aside to remember the victims of Afghanistan’s 18-year civil war opened with bad news: Peace talks between the United States and the Taliban failed. On Sept. 7, President Donald Trump announced that all chances of a deal with the Taliban were “dead” following multiple attacks that killed one U.S. soldier and many civilians.

Hayat Khan, a 54-year-old whose family home was destroyed in the recent attack on Green Village, said 30 of his relatives sustained injuries. “Here innocent people are killed and there is bloodshed everywhere,” he said. “Who remembers them? Are they not humans?”

Two days later, Martyr’s Week began to honor Afghan soldiers killed in the war with the Taliban that began after the 9/11 terror attacks on the United States. The activities also marked the 18th anniversary of the death of Ahmad Shah Masud, the Northern Alliance leader and anti-Taliban commander who was assassinated two days before 9/11. Hundreds of his supporters took to the streets while government officials organized a wreath-laying ceremony at the Resistance Monument in the capital city of Kabul. Masud’s son, Ahmad Masud, ran a campaign to donate blood to those wounded in recent terror attacks.

The United Nations Assistance Mission in Afghanistan recorded 581 civilian deaths from January to March this year, with 1,192 more wounded. Civilians had hoped a peace deal would provide relief from the regular attacks and deaths. But since the talks fell apart, the Taliban has stepped up its violence.

On Tuesday, the Taliban staged two more attacks. An explosion at a presidential campaign rally in the northern city of Charakar killed at least 24 people. Afghan President Ashraf Ghani, who was present, left the scene unhurt. A second bombing hours later went off near an army base and the U.S. Embassy in Kabul, killing 22 people, including six military officials.

“We had two ways to end occupation in Afghanistan. One was jihad and fighting, the other was talks and negotiations,” Taliban spokesman Zabihullah Mujahid said. “If Trump wants to stop talks, we will take the first way and they will soon regret it.”

The country’s presidential election is also slated for Sept. 28, sparking fears of more violence. The Taliban considers the Afghan government a U.S. puppet and refuses to negotiate directly with it.

Afghanistan-based security analyst Habib Wardak told Al-Jazeera that negotiations remain the best option for peace: “What I’m looking at is an intensified conflict. Sooner rather than later we will have all of the parties coming back to the negotiating table … because there is no way out militarily.” 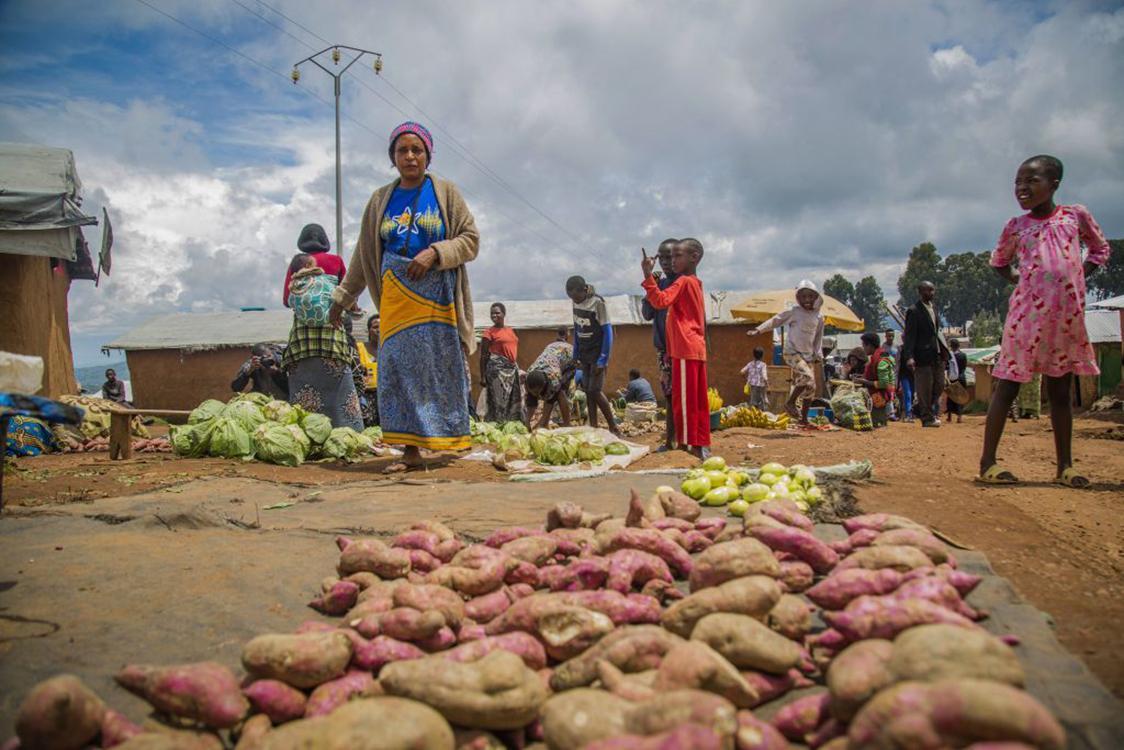 Rwanda has opened its borders to 500 refugees and migrants stranded in Libya. The agreement with the African Union covers nationals from Somalia, Eritrea, and Sudan. Vincent Cochetel, the central Mediterranean special envoy for the United Nations refugee agency, explained the refugees will be airlifted to Kigali, Rwanda’s capital, and taken to a center 37 miles outside the city.

War-torn Libya serves as a transit point for tens of thousands of migrants hoping to cross the Mediterranean Sea into Europe. But Libya’s insecurity and the prevalence of militia groups have allowed traffickers to sell migrants as slaves and prostitutes. More than 50,000 people remain stranded in squalid detention camps inside the country.

Cochetel said the majority of the funding for the resettlement will come from the European Union, although the African Union has also received $20 million from Qatar to aid in the reintegration of African migrants.

Rwanda already supports about 150,000 refugees from neighboring Democratic Republic of the Congo and Burundi. Niger has also received more than 2,900 refugees and asylum-seekers since 2017 through a similar emergency transit program. —O.O. 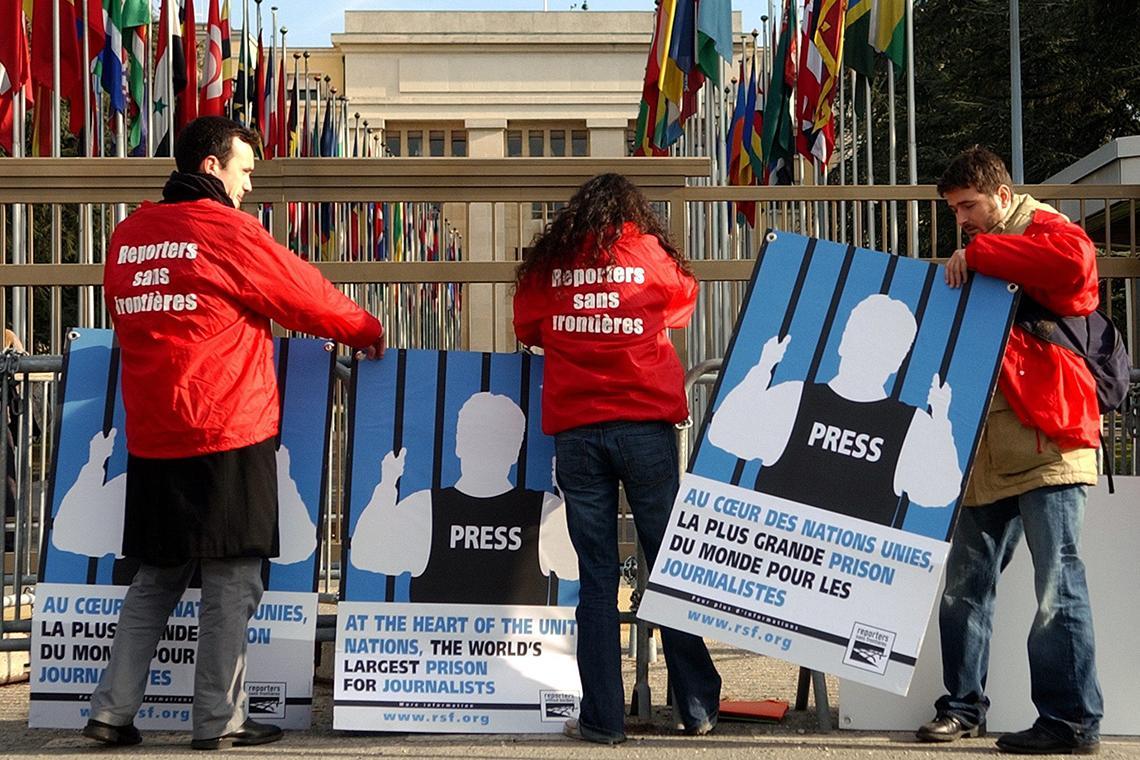 The committee said Eritrea, North Korea, and Turkmenistan repress independent journalism through imprisonment and abuse, and “the media serves as a mouthpiece for the state.” Others on the list, including China and Vietnam, also harass and detain journalists to ensure pro-government reporting.

International Christian Concern said freedom of the press is closely related to freedom of religion. “They are connected in the sense that they are individual rights,” ICC regional manager Nathan Johnson said. “People have a right to know what’s going on in their own country and the right to worship how they choose.” Often the two freedoms become intertwined because it furthers the same agenda. Johnson added that once the government denies freedom of the press, no one can hold it accountable for denying religious rights.

Three of the nations that censor the press, Eritrea, North Korea, and Iran, also rank in the top 10 most difficult countries to be a Christian, according to Open Doors. Only three countries listed by the Committee to Protect Journalists (Equatorial Guinea, Belarus, and Cuba) did not also appear on the 2019 World Watch List of the 50 countries where Christians face the most persecution. —Julia A. Seymour

Berhanu Jula, the military’s deputy chief, confirmed the group has trained and armed Ethiopians. Security forces continue to monitor suspected sympathizers. “We are watching what they are doing, where they’re moving, whom they’re meeting with, and what connections they have,” he said.

Extremist groups have tried shifting their focus to Ethiopia to take advantage of the country’s political and ethnic unrest. Last month, ISIS militants in Somalia published a three-minute video with chants in Amharic, a major language in Ethiopia. The group also announced plans to release Amharic-language recruitment materials.

Catholics in Thailand and Japan to welcome pope

Pope Francis will visit Thailand and Japan on an official trip in November as the Roman Catholic Church in Thailand marks the 350th anniversary of its official presence. The pope is expected to visit small Catholic communities in both nations and call for global nuclear disarmament while in Japan. —O.O.

Thanks for reporting the news that we don’t see in the regular press! Great job!