The American Civil Liberties Union (ACLU) is challenging a Michigan law that allows faith-based foster care and adoption agencies to operate according to their Biblical convictions. The lawsuit, filed against the state Sept. 20 in federal court, could jeopardize similar laws across the nation and force faith-based agencies to close.

The lawsuit names Bethany Christian Services and Catholic Charities, which are not defendants, as foster care and adoption agencies that turned away two married lesbian couples trying to adopt children. Michigan law prohibits discrimination based on sexual orientation or gender identity, but laws passed in 2015 provide an exception to that statute for religious agencies. Alabama, Michigan, North Dakota, South Dakota, Texas, and Virginia also have laws providing religious groups legal cover from lawsuits by LGBT activists.

The ACLU campaigned against those laws by threatening to sue and arguing that allowing religious agencies to act according to their faith by refusing to place children with same-sex couples would reduce the number of available foster parents.

Just the opposite is true, argue the laws’ supporters.

When Michigan lawmakers began drafting the religious protection laws in 2013, faith-based groups made up about 25 percent of the state’s child welfare agencies. The same holds true in Texas. A loss of even half of those agencies would result in an immediate reduction in available foster families and the ability to recruit more, said Randy Daniels, vice president of Buckner Children and Family Services at Dallas-based Buckner International.

“We can’t as a state risk that because we don’t have enough homes for kids now,” Daniels said.

Texas state Rep. James Frank, a Republican who drafted the law in his state, told me the ACLU’s intolerance of “different beliefs threatens to diminish capacity and therefore hurt children in the system.”

Michigan’s Catholic Conference also called the lawsuit “mean-spirited” and “divisive,” adding that the law promotes diversity among placement agencies and does not prohibit anyone who meets state standards from adopting.

The ACLU of Michigan did not respond to questions about the lawsuit. Michigan, unlike Alabama, Texas, and Virginia, has no Religious Freedom and Restoration Act providing extra legal protection for faith-based agencies. 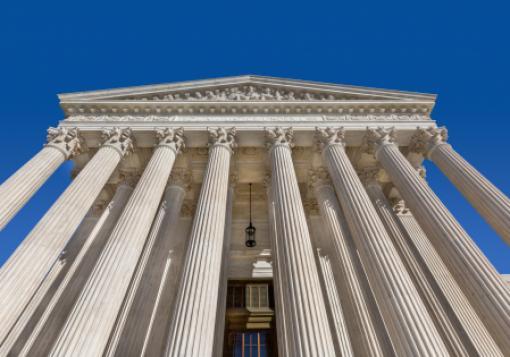 The first Monday in October marks the beginning of a new session for the U.S. Supreme Court, and First Amendment advocates are, again, seeking relief from unrelenting secularism that would stymie free speech, compel unwanted speech, and drive religious faith from the public square.

The justices met in conference Monday, Sept. 25, to consider cases for review. Among them is National Institute of Family and Life Advocates v. Becerra, in which a pro-life center is challenging a California statute that requires it to post a notice informing clients where they can receive a state-funded abortion. Court orders from the Monday conference could be posted as early as Thursday.

Two Bloomfield, N.M., residents are suing their city over its courthouse lawn display of the Ten Commandments. The complainants argue the Ten Commandments display violates the Establishment Clause of the First Amendment to the U.S. Constitution and is offensive. Conflicting rulings from the high court on similar cases have prompted the city to ask for a hearing.

The most anticipated case, Masterpiece Cakeshop v. Colorado Civil Rights Commission, could determine whether private business owners can operate their businesses according to their religious convictions. The high court could hear that case by December. Attorneys with Alliance Defending Freedom, who represent Masterpiece Cakeshop owner Jack Phillips, have asked the court also to hear the case of Washington state florist Barronelle Stutzman, who, like Phillips, declined to provide service for a same-sex wedding because it conflicted with her Biblical convictions about marriage. —B.P. 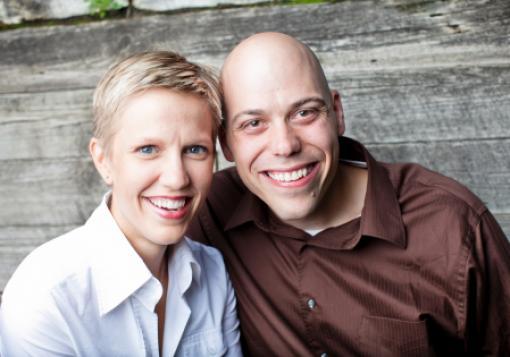 A husband and wife filmmaking team that chose to take their fight over creative expression to the courts instead of waiting for the fight to come to them lost their first round against Minnesota’s nondiscrimination law. A U.S. District Court judge dismissed the case on Sept. 20, but Carl and Angel Larsen said they would appeal.

The couple wants to expand their production company’s repertoire to include weddings, but Minnesota law would compel them to provide services to same-sex weddings in violation of their faith. Telescope Media Group v. Lindsey is one of a handful of preemptive cases filed by Alliance Defending Freedom attorneys on behalf of clients trying to establish an exception to their states’ sexual orientation and gender identity laws before venturing into the wedding services business. By suing the states, business owners hope to avoid the financial burden and potential loss of business that could come with being sued for refusing to provide a service for a same-sex wedding. —B.P.

American college students do not understand the First Amendment’s free speech provisions, according to an August survey of 1,500 students on four major U.S. campuses.

When asked if the use of violence to prevent a speaker known for “hurtful” language from speaking was acceptable, 19 percent of students agreed. That number may seem relatively low, but survey author John Villasenor, a visiting professor of law at UCLA, said “any number significantly above zero is concerning.”

When asked if the First Amendment protected “hate speech,” 44 percent of students said no, 39 percent said yes, and 16 percent said they did not know. By a slim margin of 51 to 49 percent, students agreed it was acceptable to shout down speakers known for “offensive and hurtful statements.” And 62 percent of students incorrectly believed the First Amendment requires a counterargument be offered when controversial speakers come to campus.

Villasenor said many of the students arrive on campus with these ideas firmly in place and college administrators have a responsibility to educate them properly: “If, for example, a large fraction of college students believe, however incorrectly, that offensive speech is unprotected by the First Amendment, that view will inform the decisions they make as they move into positions of increasing authority later in their careers.” —B.P.