Accuracy vs. overreach in teaching history

Visitors at the historic Whitney Plantation in Edgar, La., where they can learn about slavery in America Associated Press/Photo by Gerald Herbert (file)

More than 4,500 of the nation’s nearly 131,000 public schools have adopted The New York Times’ 1619 Project history curriculum against the advice of some historians and lawmakers. Sen. Tom Cotton, R-Ark., introduced a bill in late July that would withhold some federal funding from school districts—including large ones in Chicago and New York City—that teach the lessons based on the Times’ controversial, Pulitzer Prize–winning publication.

The 1619 Project argues that the founding of the United States occurred in the year 1619 rather than 1776—a reference to when the project’s authors say that the first African slaves arrived in the American Colonies. The authors say they are rectifying traditional teaching that glosses over slavery’s pervasive influence on the entirety of American history. But the curriculum has attracted censure for its ideological slant and historical inaccuracies.

Cotton called it a “racially divisive, revisionist account of history that denies the noble principles of freedom and equality on which our nation was founded.” He added, “Not a single cent of federal funding should go to indoctrinate young Americans with this left-wing garbage.”

The curriculum’s editor, Nikole Hannah-Jones, came under fire from historians right out of the gate. A group of five distinguished scholars from universities such as Brown, Princeton, and Texas State wrote a letter to the Times in December 2019 pointing out three major factual errors and calling numerous claims distorted and misleading. For example, the project asserted the Founding Fathers declared independence from Britain “in order to ensure slavery would continue.”

“If supportable, the allegation would be astounding—yet every statement offered by the project to validate it is false,” the historians said. They urged the publisher to fix the mistakes and reveal the process it used to authenticate the project’s materials.

The Times initially denied the need for any corrections. But after several months of increasing pressure, including a scathing article in Politico by one of the historians consulted on the project, the newspaper eventually issued an update in March.

But Jonathan Butcher, a senior education policy analyst at the Heritage Foundation, questioned the senator’s approach.

“It just establishes a precedent that whenever a federal official finds something that he or she doesn’t like in a school curriculum, they can then threaten to withhold federal spending, creating a never-ending competition to intervene in local school decisions,” he said. “The proposal actually expands federal authority.”

Butcher said the federal government shouldn’t use legislation to inject its authority into curriculum choices to the extent Cotton’s bill would, but added that Washington lawmakers can still try to influence changes, the way they encouraged local schools to promote math and science initiatives during the 1950s and ’60s space race: “I think if a congressman or senator wants to affirm that from the bully pulpit, that’s appropriate.”

He noted that schools should offer complete transparency about curricula by publishing it on their websites so parents can make informed choices themselves. “That’s the ultimate form of accountability for schools,” Butcher said. 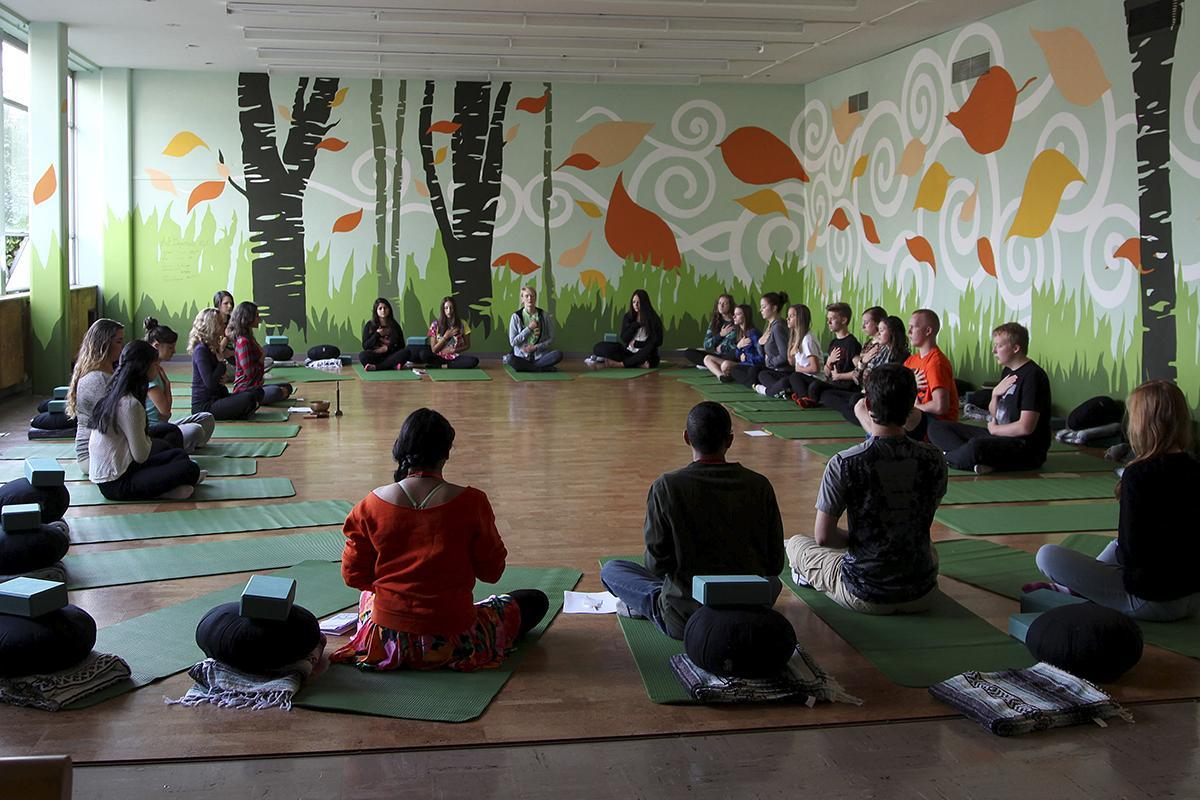 Students describe “quiet time” sessions in some Chicago public schools as taking place in a darkened room lit by candles and infused with burning incense. Instructors “chanted in a foreign language” and “threw rice, seasonings, and oranges in a pan in front of a picture of a man,” Jade Thomas, a rising sophomore at Bogan Computer Technical High School, told the Chicago Tribune in July 2019. “I felt uncomfortable because I didn’t know what they were saying or who the man was in the picture.”

A group of parents, students, teachers, and churches filed a lawsuit on Aug. 3 against the Chicago Public Schools and two other organizations over the use of a Hindu-based meditation program in some schools. The suit argues the district and its partners violated the First Amendment to the U.S. Constitution by endorsing Hindu beliefs and the religious practice of “transcendental meditation.”

The schools’ meditation practices include two 15-minute “quiet time” segments during the day. The district formed a partnership with the University of Chicago and filmmaker David Lynch’s foundation to implement the program, which aims to curb student violence and behavior problems. Lynch is a known proponent of the Eastern religion, and his foundation funds the initiative while the university researches progress and outcomes. District officials claim the sessions are optional, but students and parents complain that is not clearly communicated and many teens feel coerced into religious expressions against their will.

Various strains of Eastern meditation, including contentious yoga programs, lurk in schools nationwide under the “mindfulness” banner. Supporters say the practices can reduce stress in children, boost academic performance, and alleviate behavior problems. But religious scholars and atheists often agree that even secularized versions of Eastern religions have no place in America’s public schools. —L.E. 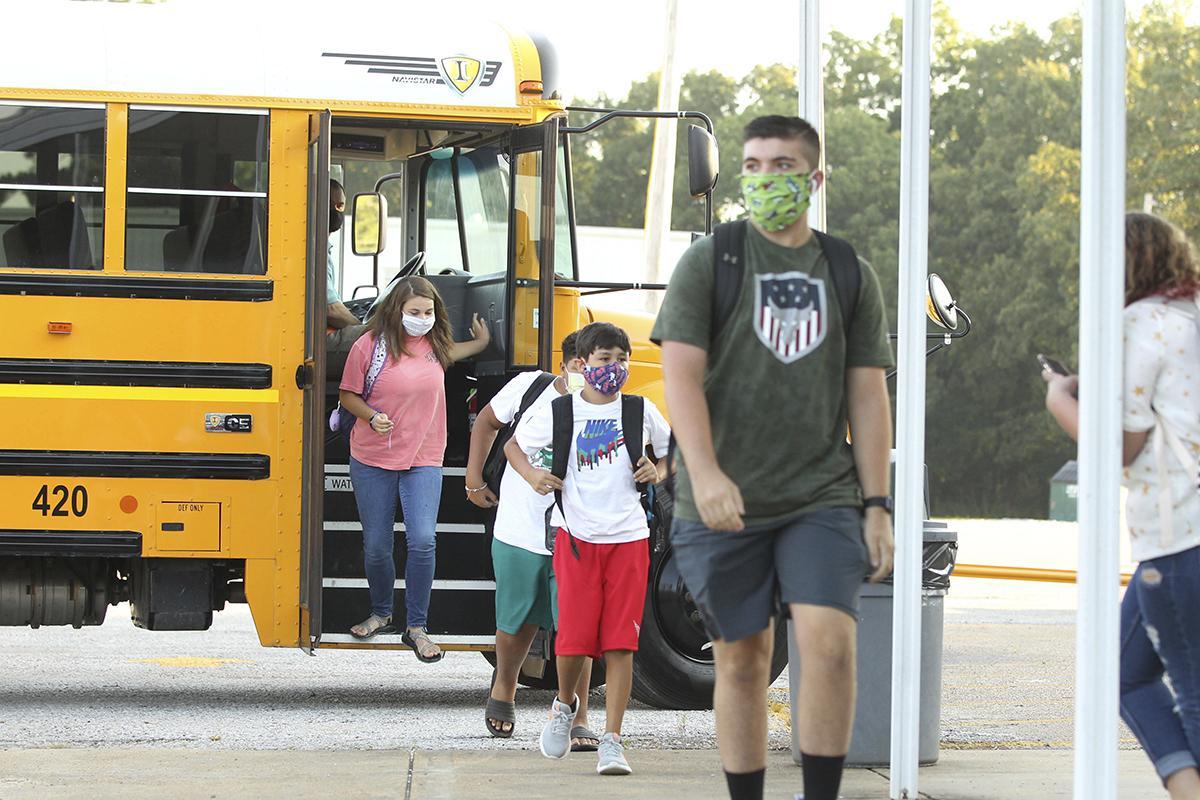 The wheels on the bus go ’round

With the first day of school rapidly approaching, many districts are still puzzling over the conundrum of safely transporting the nation’s 26 million bus-riding students. The Centers for Disease Control and Prevention recommends 6 feet of social distancing, even on school buses. But a national task force of transportation experts in July said that “is not financially nor operationally feasible.” The experts raised questions about what to do with sick students and best practices for loading and unloading to reduce potential virus transmission.

“The transportation professionals are left with the issue of, OK, you’ve got little Billy at the bus stop. Mom’s not there and he’s got a temperature. That’s a dilemma,” said Steve Simmons, president of the National Association for Pupil Transportation and member of the task force’s steering committee. “We can’t answer those kinds of questions. I don’t think anybody can.”

State rules vary widely. Per Democratic Gov. Gretchen Whitmer’s order, schools in Michigan are installing hand sanitizer stations on every bus, while New York banned the chemical from the vehicles due to its combustible nature. —L.E. 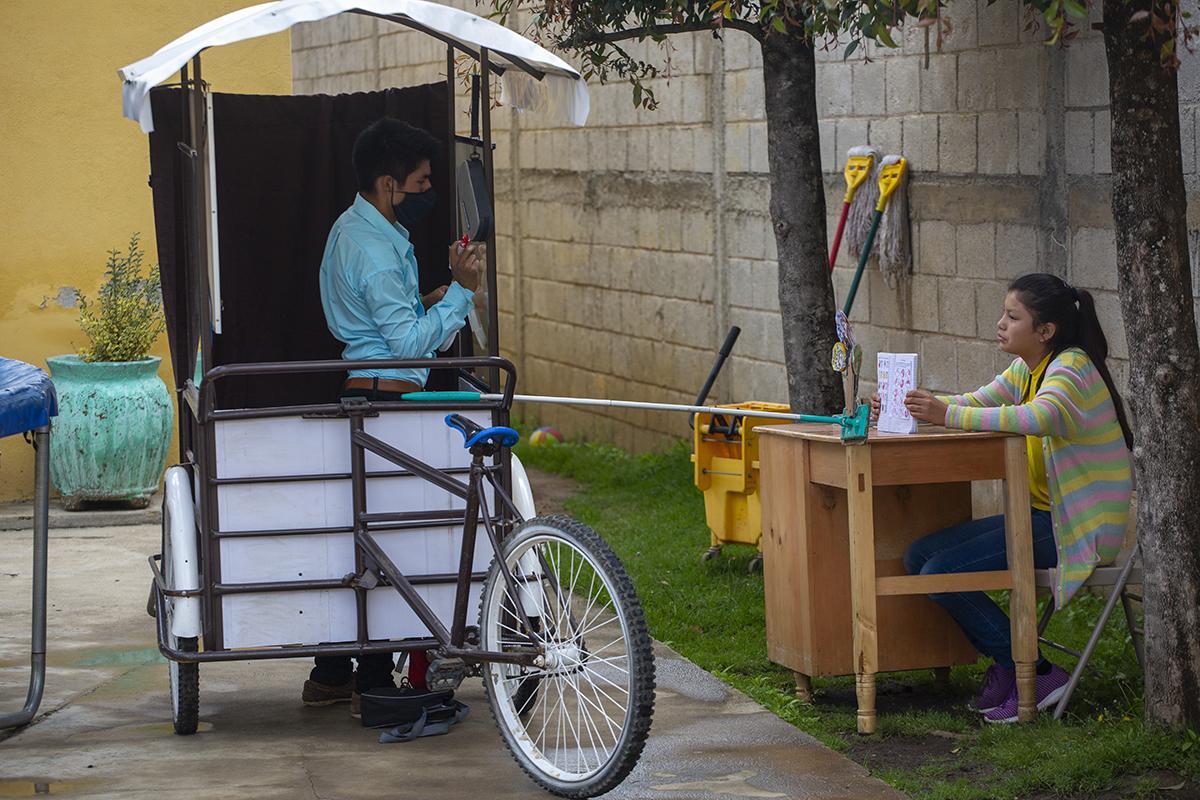 Only about 1 in 8 homes in remote Santa Cruz del Quiche, Guatemala, has access to the internet. Online learning was not a realistic option for the farming community’s homebound students during widespread school closures due to the coronavirus pandemic.

“The cellphones they have at home are very basic,” Gerardo Ixcoy, a local teacher, said. “They can’t download apps like Zoom that would allow you to give a virtual class.”

Ixcoy figured he couldn’t bring the internet to his stranded students, but he could bring his classroom. Using his savings, the 27-year-old repurposed a used adult tricycle into a fully operational mobile classroom complete with kid-friendly decor, a dry-erase board, and a small solar panel that powers his audio player. Now he spends his days rolling around cornfields, stopping to teach lessons at homes along the way. —L.E.

Bernard Bailyn, a Pulitzer Prize–winning historian whose work transformed the historical interpretation of early America, died on Friday. He was 97.

The Ideological Origins of the American Revolution (1968) was Bailyn’s most influential work. In it, he argued from evidence in private and public writings that the Founding Fathers genuinely feared corruption and power-hungry leaders. He saw radical libertarianism as the ideology that propelled the colonists into a revolution.

How colonists formed a new government fascinated Bailyn. “The creative reorganization of the world of power and all its implications has happened at various points in history, but rarely, if ever, I believe, as quickly, successfully, and—so it seems to me—mysteriously as by a single generation on the eastern shores of North America 200 years ago,” he said in his 1998 Jefferson Lecture in Washington, D.C.

In 2010, President Barack Obama awarded the National Humanities Medal to Bailyn, who devoted his life to academia and held 15 honorary doctorates.

His wife, Lotte, a fellow academic and professor emeritus of management at the Massachusetts Institute of Technology and their two sons survive him. —Aliya Kuykendall