With most of the United States in lockdown, some children are in more danger

The coronavirus pandemic has most families under strict orders to stay at home to protect themselves and others. But for children at risk of abuse, the mandates might trap them with someone who means them harm.

Childhelp, which runs a 24-hour child abuse hotline, said it has received 28 percent more calls, texts, and social media messages since statewide shelter-in-place orders started last month. During one recent week, Cook Children’s Medical Center in Fort Worth, Texas, saw seven cases of severe child abuse. Typically, the hospital sees that many cases in a month. All of the victims were younger than 4, and two of them died.

“We cannot let a health pandemic turn into a child abuse pandemic,” said Daphne Young, a spokeswoman for Childhelp.

Meanwhile, numerous state social service agencies reported a concerning drop in the number of reports of child abuse and neglect since the coronavirus outbreak. Pennsylvania public child welfare advocates received 837 fewer calls the week after the state’s schools closed, while the Missouri Department of Social Services reported a 50 percent drop in calls to its child abuse and neglect hotline since March 11.

Those living with an unrelated and unvetted adult, such as a mother’s live-in boyfriend, are at the highest risk for physical, sexual, or emotional abuse, while children being raised by their married, biological parents are statistically the safest, said Katy Faust, founder and director of Them Before Us, a child advocacy group.

Faust, a pastor’s wife and a mother of four, has observed a “dramatic split” in family experiences during the pandemic. Some parents describe the isolation with their children as “a time to connect and grow closer,” but others, including some single mothers and blended families, say the changes exacerbate challenges that already existed.

Many parents are facing mounting economic stress, including job layoffs or other losses resulting from the coronavirus outbreak. Those factors often trigger mental health or substance abuse problems. “All of these things are a tinder box for child abuse,” Young said.

During the 2008 recession, Cook Children’s saw the leading cause of death from trauma shift from car accidents to abusive head injuries, according to hospital spokeswoman Kim Brown.

Hector Matias, director of foster care and adoption at TLC Child and Family Services, which serves six Northern California counties, said the group’s 100 staff members are doing their best to follow safety protocols while serving children and families in the foster care system. Still, he has seen an increase in calls for youth in need of placement in foster homes.

Matias underscored the importance of people looking out for children and families within their neighborhood and circle of influence. “Call, check in, see if they need anything … leave an encouraging voicemail,” he said. “A lot of isolation occurs in times like these.” 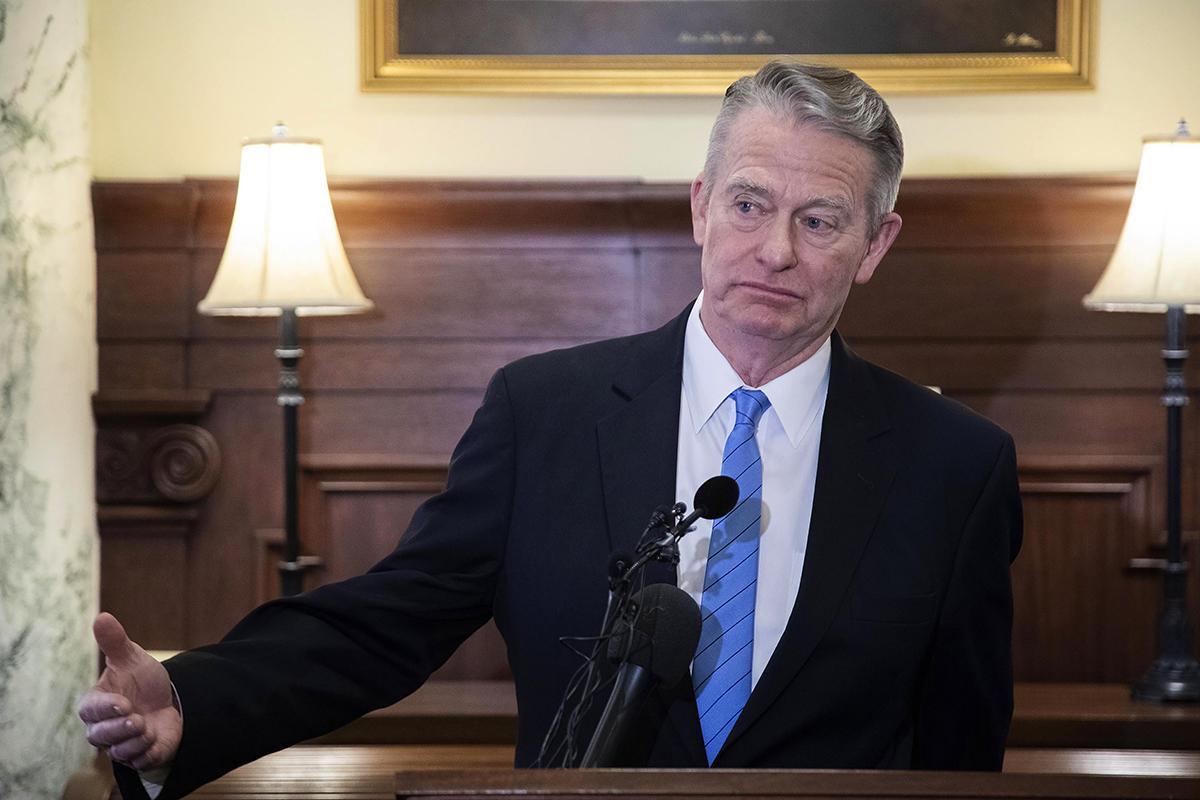 The Fairness in Women’s Sports Act protects girls and women from competing against male athletes who identify as women. Idaho is the first state in the nation to pass legislation blocking men from participating in women’s sports. At least a half-dozen other states have introduced similar measures in recent months.

The other bill, named the Vital Statistics Act, prohibits people from changing the sex listed on their birth certificates. Supporters of the bill expect it to face legal challenges since a federal judge overturned an earlier, similar state law, citing the equal protection clause of the 14th Amendment to the U.S. Constitution.

He praised Little for signing both state laws, calling him a “friend to Idaho families.” —M.J. 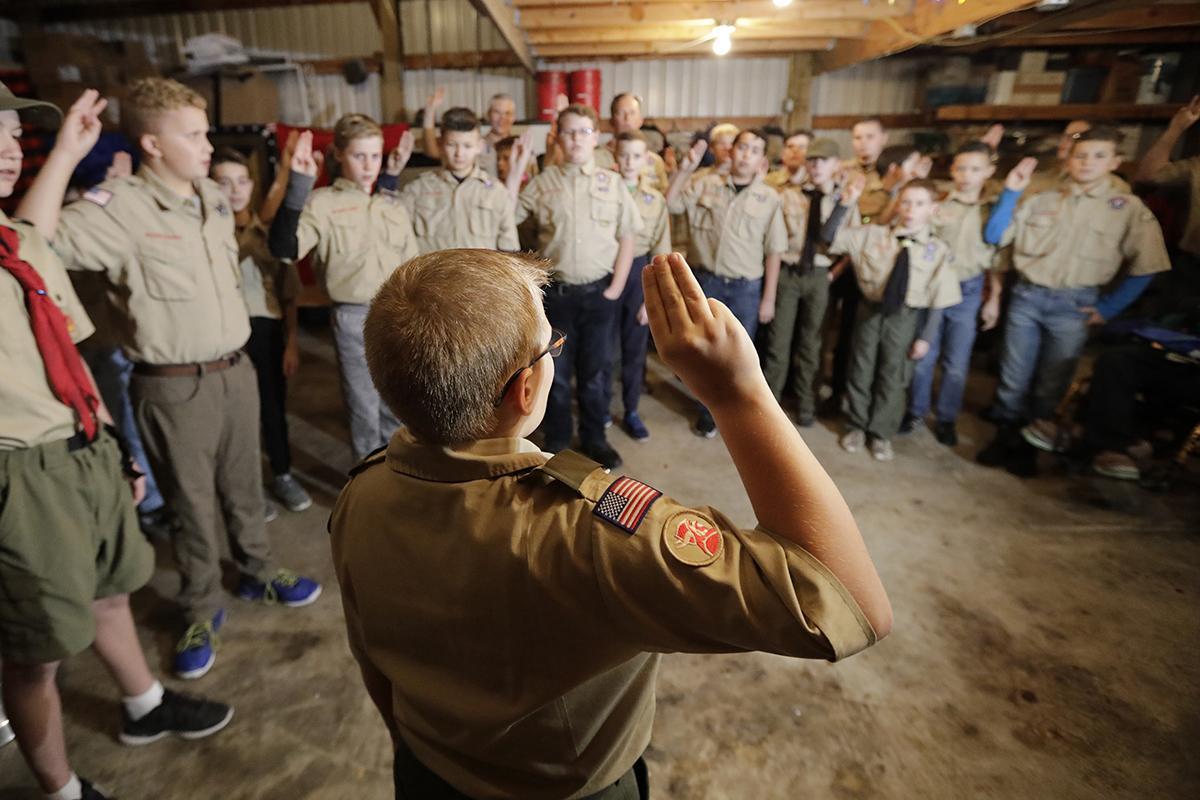 A federal bankruptcy judge in Delaware granted a request from the Boy Scouts of America to pause lawsuits against local councils while the organization works on a compensation plan for thousands of men who say Scout leaders molested them as boys.

The Boy Scouts initially sought to put all litigation against its local councils on hold for six months from its Feb. 18 bankruptcy filing. But one abuse victim wanted to continue a lawsuit against the Greater Niagara Frontier Council in New York and former Scoutmaster Douglas Nail, who is serving 10 years in prison for possession of child pornography.

U.S. Bankruptcy Judge Laurie Selber Silverstein’s ruling on Monday allowed that lawsuit to proceed against Nail but put others on hold. She called the interests and missions of the Boy Scouts and its local councils “inextricably intertwined” and said the legal claims against them are virtually the same. —M.J.

My heart cries for chldren who are abused.

Just look at our country. People are VERY ANGRY. Some take it out on children and some their pets.

The media stirs up anger with terrible lies. The Pres. wife has never done anything to harm anyone and yet people, especially celebrities, are very verbally abusive and it gets people riled up. Things like how dare she post a photo of her son when illegal children are being held at the border. I'm sure she is looking forward to 4 more years of that.

Obama riled up his worshippers against police, white people, and anyone and their families who were against him. Pelosi is continuing his legacy thru CNN. Pelosi is happy to watch this country burn while she smiles and hands out impeachment pens. She wants people to hurt for voting Trump into office.