Abortion on campus, Round 2

Pro-life leaders are gearing up again to combat a bill requiring health centers at state-run universities in California to dispense abortion-inducing drugs to students.

Senate Bill 24, introduced last Wednesday by Democratic state Sen. Connie Leyva, is almost a carbon copy of last session’s Senate Bill 320, which Gov. Jerry Brown vetoed in October after the legislature approved it by a wide margin in August. Brown said the bill was unnecessary because students were fully capable of going to nearby abortion centers.

This time, however, not much stands in the way of the bill becoming law.

Gov.-elect Gavin Newsom said he would have signed S.B. 320 if he were in office, telling the San Francisco Chronicle, “I subscribe to Planned Parenthood and NARAL’s position on that.”

“If it gets to his desk, he will sign,” Students for Life of America spokeswoman Kristi Hamrick told me. “We hope it won’t get there, but it certainly could.”

Pro-life advocates have plans to try to stop that from happening.

“This past year, we fought back … on several different campuses, organizing rallies, and going up to Sacramento to lobby against the bill,” California State University, Fresno, Students for Life President Bernadette Tasy said in a video. “We are ready to fight back again.”

Students for Life members lobbied in Sacramento and toured multiple California State University and University of California campuses. They talked with students and displayed rows of toilet seats to help students visualize where their abortions would take place.

Chemically induced abortions involve a combination of mifepristone and misoprostol, drugs that end pregnancies up to 10 weeks of gestation. The mother takes the first pill to block the pregnancy-sustaining hormone progesterone, killing the baby. The second pill sends her into labor.

Abortion proponents often say that chemically induced abortions are safe but don’t mention that women can experience complications such as severe bleeding, infection, and even death. By the end of 2017, 22 women had died as a direct result of taking mifepristone (also called RU-486 or Mifeprex) since the Food and Drug Administration approved it in 2000. Chemical abortions bring a tenfold risk of death for mothers compared to surgical abortions. In one high profile case, 18-year-old California resident Holly Patterson died of sepsis in 2003 several days after taking mifepristone.

Currently, none of the CSU or UC campus health centers dispense the drugs.

Kristan Hawkins, president of Students for Life of America, said in a statement that S.B. 24 is “a dangerous plan that ignores the health risks of such drugs to women and undermines the purpose of university life. Our schools should be a place where students go to prepare for their future lives, not where we make ending life a priority.” 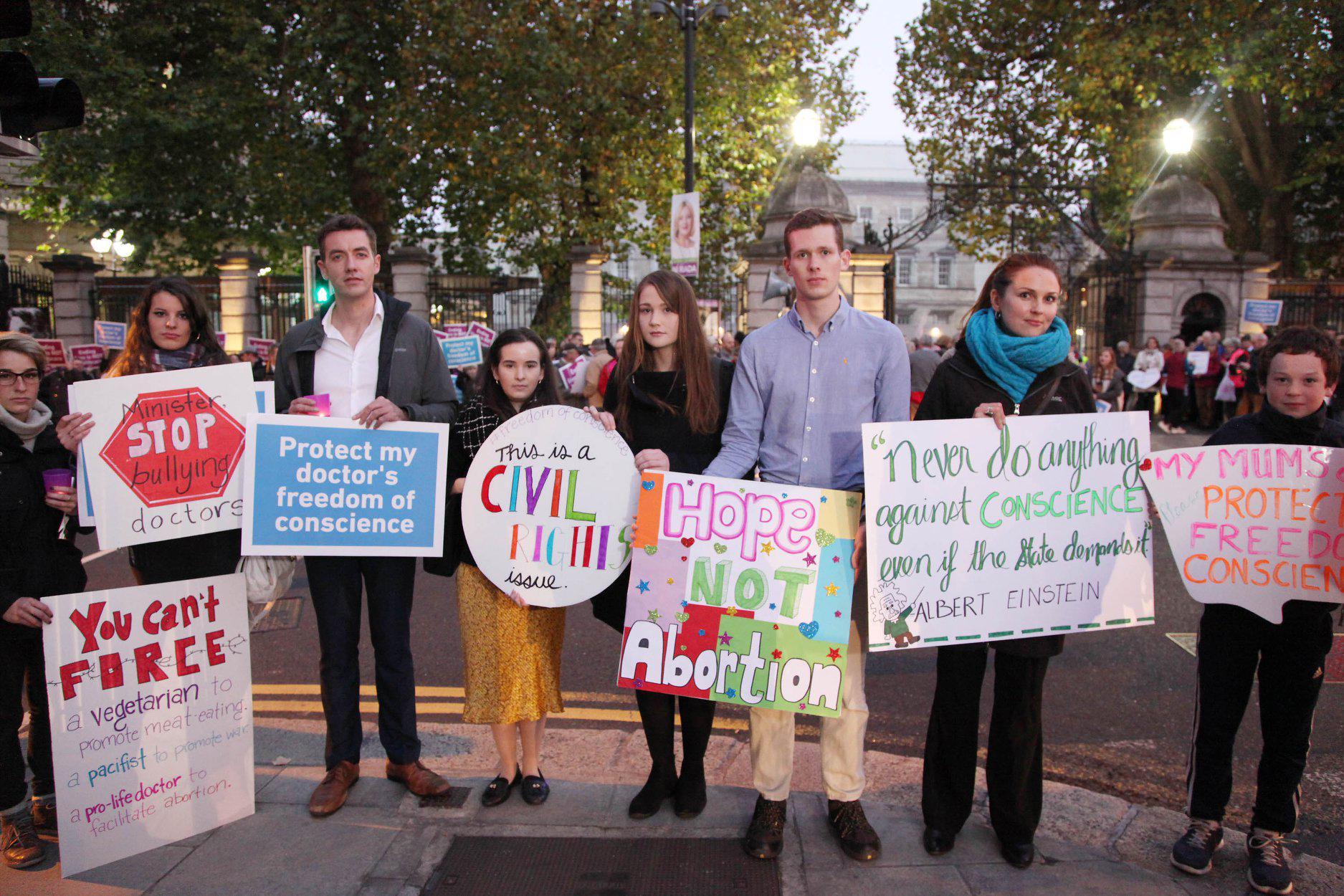 The lower house of the Irish Parliament, the Dáil, overwhelmingly approved legislation Wednesday to remove all protections for the unborn up to 12 weeks of gestation. The upper house, or Seanad, voted in favor of the bill on Thursday but still has to consider more than 60 amendments before the legislation heads to President Michael Higgins’ desk.

Abortion advocates are thrilled, but pro-life nurses and doctors are lamenting that legislators ignored their calls to protect healthcare providers who have conscientious objections to performing abortions.

Andrew O’Regan and other pro-life doctors recently walked out of a meeting of the Irish College of General Practitioners, saying that the conversation at the gathering left no room for dissenters.

“We feel disrespected and not listened to by our own college board,” he said. “The very false impression has been created [by] the minister of health that general practice is a simple setting for abortion provision.”

Pro-life nurses banded together in a group called Nurses and Midwives for Life Ireland and launched a petition calling on Health Minister Simon Harris to allow them to follow their “conscientious commitment to life” from conception to natural death.

The Irish Catholic Bishops’ Conference said in a statement on Thursday that “the voices of those who voted against abortion in May’s referendum have been ignored. Even what many people would have deemed to have been very reasonable legislative amendments seeking to provide women with information and to prohibit abortion on the grounds of sex, race, or disability have been rejected.”

Pro-lifers fear that the government will demand that Catholic-run hospitals and other faith-based medical institutions perform abortions. Harris tweeted this summer that “all publicly funded health service providers in State will be expected to provide legal health services—[including] women’s health services. … Conscientious objection is for individuals, not institutions.”

Even for individuals, however, protections are slim: Under the legislation, providers won’t have to perform the abortions, but they would have to refer women to providers who will. —S.G. 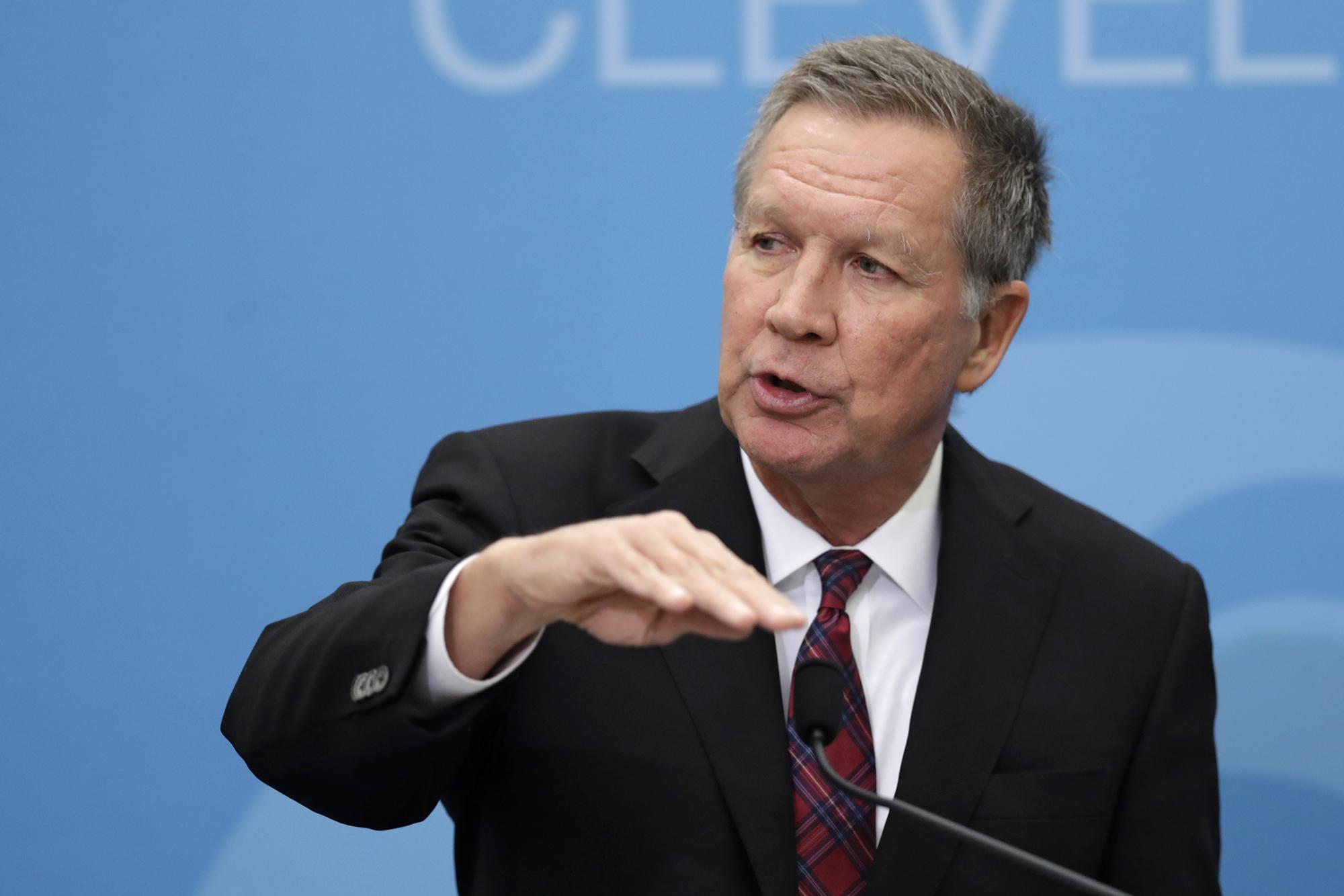 Illinois: Similar to Oregon, Illinois is attracting out-of-state women for abortions. More than 5,500 women came to the state last year to have an abortion, likely due to a lack of protections for the unborn. Jeanne Mancini, president of March for Life, said in a statement that in the face of a nationwide decline in the abortion rate, “Illinois is moving in the wrong direction.”

South Carolina: Legislators may consider a bill in January to grant legal protection to the unborn after medical professionals can detect a heartbeat. Arkansas and North Dakota had similar laws struck down, and Iowa’s heartbeat law is under temporary injunction after pro-abortion advocates filed suit. South Carolina Rep. John McCravy said the heartbeat bill he plans to file next year is “a common-sense bill. [W]hen a heart is beating, we have a precious human life that should not be terminated.”

Ohio: Despite strong support in the state House, a bill that would protect unborn babies with a detectable heartbeat has stalled in the Senate. Even if it is revived, Gov. John Kasich vowed to veto it. The generally pro-life governor vetoed a heartbeat bill two years ago, saying it wouldn’t survive a legal challenge. —S.G.

A mother pregnant with twins and diagnosed with leukemia received news last month that someone with a perfect bone marrow match had signed up on a national registry. Susie Rabaca needed a perfect match for a transplant, but none of the 30 million registered people qualified. A match appeared after her story went viral online and an additional 50,000 people signed up for the Be the Match registry. She said the news was “the best Christmas gift, it’s everything.” Rabaca gave birth to her twins on Friday. —S.G.