Parents reunite with their daughters in Jangabe, Nigeria, on Wednesday. Associated Press/Photo by Sunday Alamba

Early Tuesday morning, 279 schoolgirls wearing green and brown hijabs filed into a government building in Gusau, Nigeria, hours after kidnappers released them. They met with Zamfara state Gov. Bello Matawalle before leaving for medical checks. Some 55 miles away in the majority-Muslim town of Jangebe, parents who had kept vigil at the girls’ empty school rejoiced at the news, and some rushed to Gusau that morning to see their children.

“God has made this ordeal that we found ourselves in come to an end,” one of the waiting fathers told the BBC. “We are happy.”

Last week’s kidnapping from a girls’ secondary school in Jangebe marked Nigeria’s third abduction in so many months. The groups responsible have released all the students, but the steady rise in school abductions highlights the country’s worsening insecurity and the government’s handling of the crisis.

Matawalle said the release followed negotiations with the abductors but insisted the government did not pay any ransom. He also said the kidnapping was politically motivated and asked the police to investigate. No group had claimed responsibility. Hafsat Anka, one of the released girls, told Nigeria’s news agency the abductors made them walk for hours through the forest. Other students recalled the gunmen forcing them to walk despite injuries and using guns to hit those who stalled. “There was no clean water or good food, and we felt we had already spent years even though it was our first day and the bandits kept firing into the air to scare us,” Anka said.

As Islamist insurgent groups continue to assault northern Nigeria, armed groups officials call bandits have carried out attacks and abductions for ransom across the central and northwestern parts of the country. Officials in central Nigeria on Feb. 27 confirmed the release of 42 people, including 27 students abducted from a secondary school. One student died in the attack. In December, gunmen freed 344 schoolboys days after abducting them from their school in Kankara. Officials denied paying any ransom.

Nnamdi Obasi, a senior adviser at the International Crisis Group, said research for a May report revealed criminal groups in the northwest lack religious orientation, but some have partnered with extremist groups on tactical or transactional deals, such as arms sales or ambush training. Others have worked with the herders plaguing majority Christian farmers across central Nigeria. Obasi said insurgent groups in the northeast and across the Sahel region of Africa are also working to recruit armed bands in the region: “There’s ample reason for concern.”

Some northern states are concerned about increased attacks on schools. Many schools in the region lack fences and any security presence. On Sunday, a northeastern state government closed all its boarding schools except for students in their final year. Another northern regional government shut down 10 boarding schools located on the outskirts of the state.

With limited federal backing, state officials battling armed groups often offer amnesty and other incentives in exchange for peace. But that has repeatedly failed to quell the violence and may embolden attackers. Nigerian President Muhammadu Buhari tweeted that state governments should review their policy on rewarding bandits with money and vehicles: “Such a policy has the potential to backfire with disastrous consequences.”

Zailani Bappa, a media adviser for the Zamfara state governor, told Reuters the government did not pay ransom to the abductors of the Jangebe students but offered them amnesty and assistance resettling in a new community. In February, notorious criminal Auwalun Daudawa, the suspected mastermind behind the kidnapping in Kankara, and some of his followers surrendered 20 AK-47 rifles and vowed to never engage in criminal activity again.

National Security Adviser Babagana Monguno on Tuesday said the president declared a no-fly zone over Zamfara, banned all mining activities, and ordered intelligence and security officials to regain control. The federal government, not the states, control the police and other security units.

But Obasi called for greater cooperation between regional and federal authorities to address the security, social, and economic issues that fuel unrest: “That kind of comprehensive strategy is lacking.” 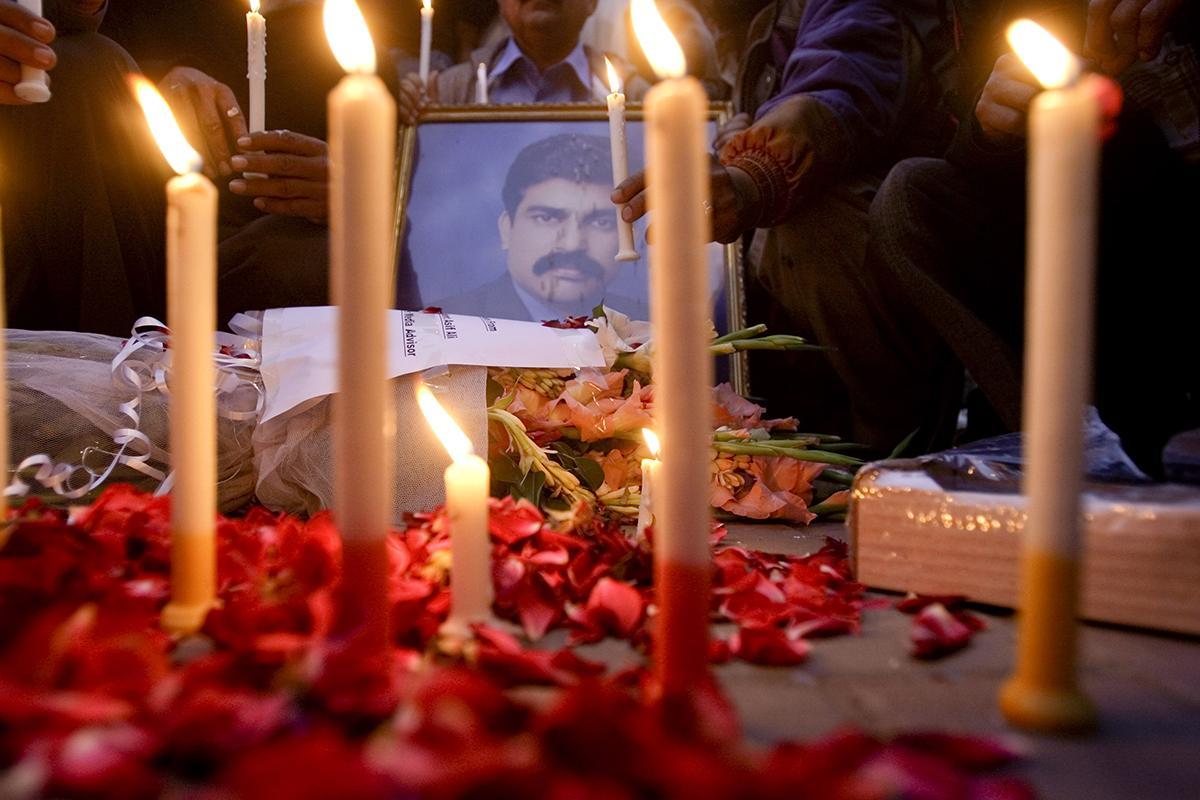 A demonstration in Lahore, Pakistan, after Shahbaz Bhatti’s death in 2011 Associated Press/Photo by K.M. Chaudary (file)

A decade after the assassination of Pakistani politician and religious freedom advocate Shahbaz Bhatti, his brother Peter on Tuesday recalled Bhatti’s dedication to fighting persecution and inequality. “After Shahbaz’s martyrdom, those of us in the family had two choices,” he said. “Whether we give up on his mission and allow the enemy to claim victory, or follow in his footsteps.”

Peter’s International Christian Voice and the Religious Freedom Institute set up the virtual anniversary to honor Bhatti’s legacy. Bhatti served as minister of minority affairs and was the only Christian in the Pakistan’s cabinet. He died on March 2, 2011 after four gunmen surrounded his vehicle and opened fire as he drove away from his mother’s home in Islamabad. The Pakistani Taliban claimed responsibility for his death.

Bhatti notably fought to repeal the blasphemy law and worked with Punjab Gov. Salman Taseer for the release of Asia Bibi—a Christian mother sentenced to death on blasphemy charges. Taseer was killed months before Bhatti in January.

Asia Bibi, who was acquitted in 2018 and now lives free in Canada with her husband and children, remembered when she heard of Bhatti’s death from her prison cell. “I can never forget the martyrdom of Shahbaz Bhatti,” she said in a recorded message. “He is still alive in our hearts.” —O.O. 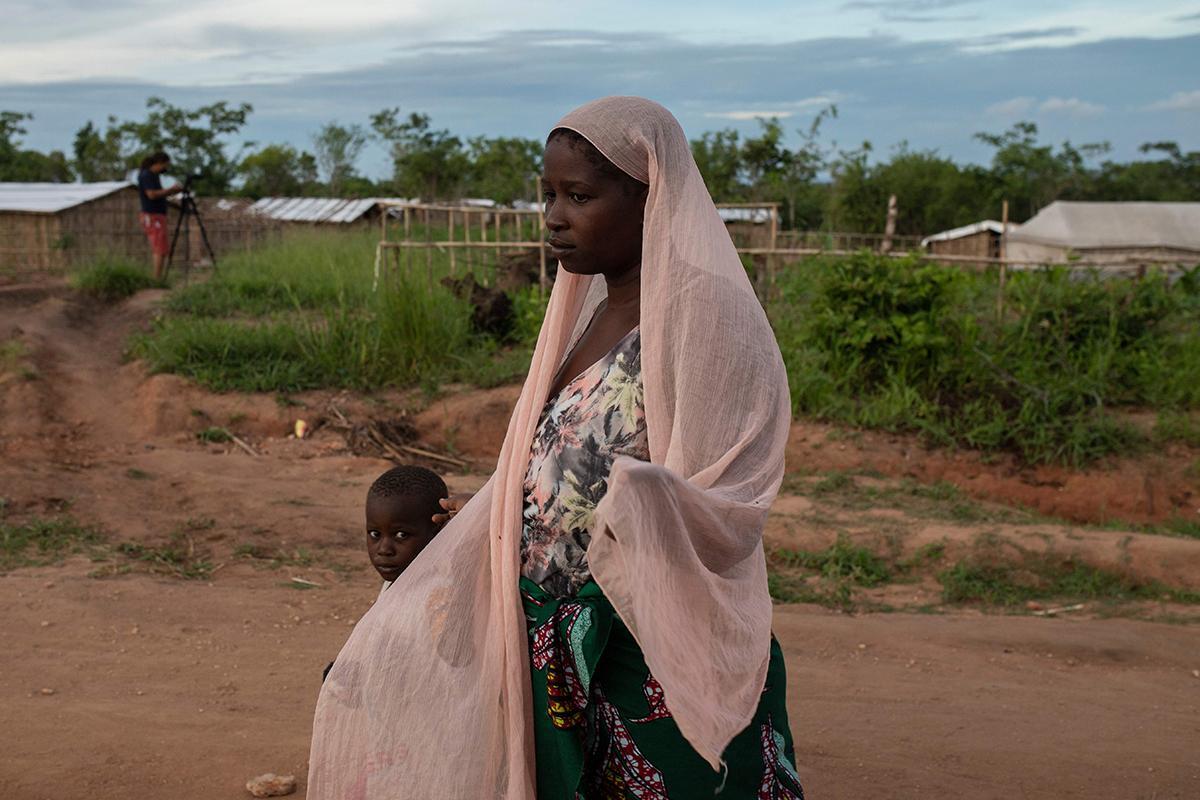 A demonstration in Lahore, Pakistan, after Shahbaz Bhatti’s death in 2011 Associated Press/Photo by K.M. Chaudary (file)

The Mozambican army, private military contractors, and an insurgent group have unlawfully killed hundreds of civilians in the restive northern province, Amnesty International reported this week.

The report gathered data from videos, satellite imagery, medical and ballistics information, and interviews with more than 70 displaced people.

The advocacy group said Ahlu Sunnah Wa-Jama, known locally as al-Shabaab, deliberately burned down villages and left civilians to die. Mozambique has been battling the insurgent group since October 2017. The unrest has killed more than 2,000 people and displaced more than 600,000 across the region.

The military and police also carried out extrajudicial killings and torture against people suspected of supporting the insurgent group. Witnesses said troops blindfolded and shot several men and dumped their bodies in mass graves. Some 53 witnesses said a South African private company hired to support the government dropped hand grenades on civilians and fired indiscriminately at hospitals, schools, and homes.

“The international community has failed to address this crisis as it has escalated into full-blown armed conflict over the last three years,” said Deprose Muchena, Amnesty International’s regional director for East and Southern Africa. —O.O.

The Catholic leader arrived in Baghdad on Friday for the first-ever papal visit to Iraq. The three-day visit marks Pope Francis’ first trip abroad in 15 months. He will visit churches and Christian communities in Najaf, Nassiriya, Irbil, and Mosul.

Iraqi authorities last week imposed overnight curfews and a total lockdown on weekends as the country recorded a spike in COVID-19 cases. The Vatican said the pope and his entourage are all vaccinated, and organizers plan to mandate social distancing and mask use.

Earlier in February, the pope said he planned to make the trip even if most Iraqis end up watching on television. He said the important thing is that “they will see that the pope is there in their country.” Iraq has one of the world’s oldest Christian communities. The Islamic State since 2014 has killed thousands of Christians and destroyed churches across the country. —O.O.