A victory for religious autonomy

Tom Alexander prays outside the Supreme Court prior to Wednesday’s decision. Associated Press/Photo by Patrick Semansky

Religious school administrators celebrated Wednesday’s Supreme Court decision vindicating their right to make decisions about who should teach children about their faith.

In a 7-2 ruling that united all but the most liberal justices, the high court held that religious schools have broad freedom to hire and fire employees. The justices said the “ministerial exception”—a doctrine barring courts from interfering in religious institutions’ internal matters—extends to teachers who perform vital religious duties.

The case involved two Catholic elementary school teachers working for institutions associated with the Archdiocese of Los Angeles. Agnes Morrissey-Berru claimed that Our Lady of Guadalupe School engaged in age discrimination when it demoted her and then replaced her with a younger teacher. Kristen Biel, who died last year, claimed St. James School let her go because she requested a leave of absence to obtain breast cancer treatment. Both schools said they fired the women over poor job performance.

In his opinion, Justice Samuel Alito focused on the teachers’ function rather than their titles. He rejected a more “rigid” application of the exception that the court used in 2012’s Hosanna-Tabor Evangelical Lutheran Church and School v. EEOC, which involved an elementary school teacher who held the title “minister of religion, commissioned.” Alito said focusing on titles unfairly privileges religious institutions with more formal structures.

“What matters, at bottom, is what an employee does,” he wrote, adding that “both their schools expressly saw them as playing a vital part in carrying out the mission of the church, and the schools’ definition and explanation of their roles is important.”

Morrissey-Berru and Biel did not carry the title of “minister” and did not have extensive religious training. But the two teachers “prayed with their students, attended Mass with the students, and prepared the children for their participation in other religious activities,” Alito explained. He gave significant weight to the “religious institution’s explanation of the role of such employees in the life of the religion in question.” Justice Clarence Thomas picked up that theme in his concurring opinion reiterating that courts should not “second-guess” a religious institution’s claim that an employee’s position is “ministerial.”

The decision offers important protection for schools that can clearly show their teachers and employees play a significant role in their religious mission, both on paper and in reality, said Larry Taylor, president of the Association of Christian Schools International, which has 3,000 member schools in the United States.

The ruling also may prove important for schools that fire employees over sexual conduct that violates religious teachings. Less than two weeks ago, in Bostock v. Clayton County, the Supreme Court held that Title VII of the Civil Rights Act of 1964, which bans discrimination based on sex, includes sexual orientation and gender identity. But in their opinion, the justices noted that the ministerial exception and other safeguards protect religious institutions from being forced to violate their faith. Thursday’s ruling bolstered that promise.

“This ruling won’t prevent challenges to schools based on the Bostock decision, yet it certainly has strengthened our case that we will be given the right to make a decision on who teaches our children,” Taylor said. For now, that’s worth celebrating. 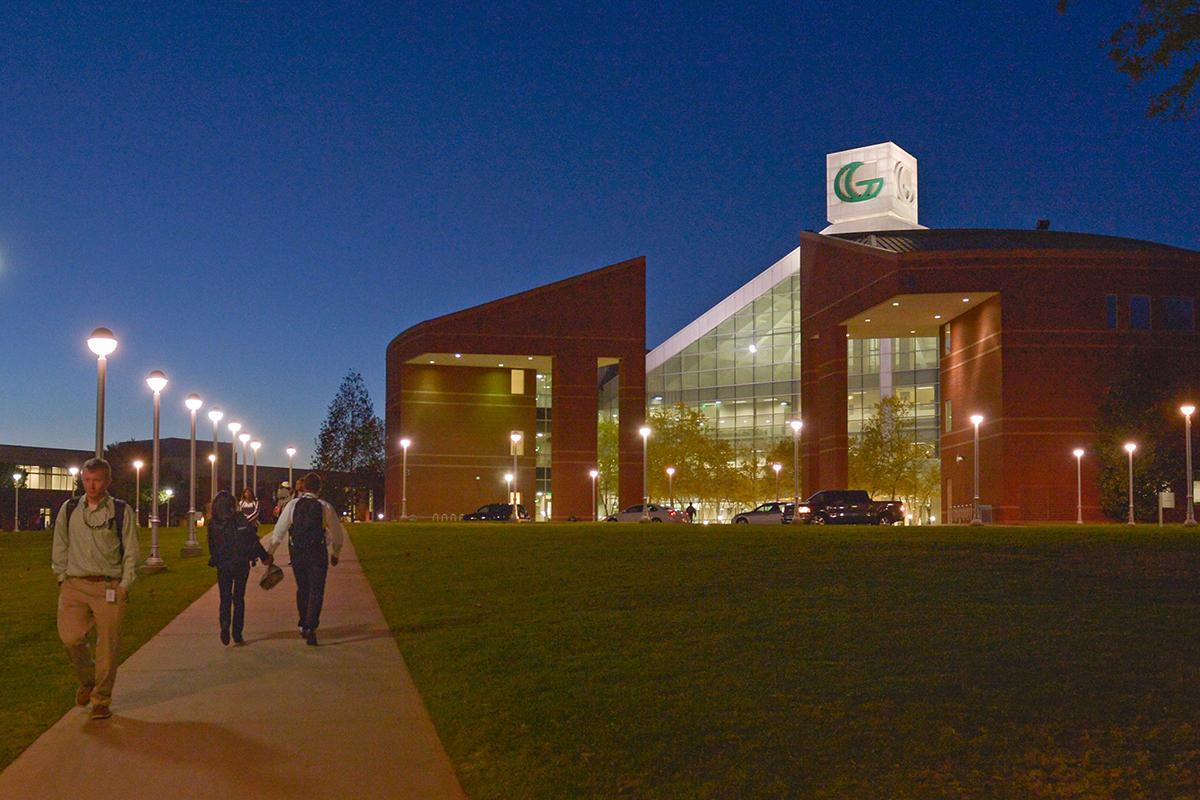 Just before recessing on Thursday, following an extended term due to the coronavirus pandemic, the U.S. Supreme Court agreed to consider a case involving free speech on college campuses.

In a dispute dating back to 2016, students challenged Georgia Gwinnett College’s speech codes that restricted free expression to zones that together made up less than .0015 percent of the campus. Chike Uzuegbunam, who was then a junior at the school, wanted to distribute Christian leaflets to students at an outdoor plaza on the Lawrenceville, Ga., campus.

“College officials didn’t really care about where I was standing; they just didn’t like what I was saying,” he told the Atlanta Journal-Constitution. “So, they invoked these policies to silence me.”

Another student, Joseph Bradford, later joined the case, saying the school used the policy to stop him from preaching on campus. After the U.S. Department of Justice weighed in on the case, the college retracted the policy. A U.S. District Court judge declined to address the First Amendment challenge because the retraction made the case moot. But the students argue court action is needed to prevent future misconduct.

When Montclair State University in New Jersey imposed a restrictive speech zone last year, Alliance Defending Freedom filed a lawsuit in December on behalf of student Mena Botros. The case is ongoing against the policy, which limits free expression to two small zones and requires permission two weeks in advance.

ADF senior counsel John Bursch, who represents the Gwinnett College students, said it’s important to hold schools responsible for offensive free speech policies, even if they backtrack later: “If they get off scot-free, they or others can simply do it again.” —S.W. 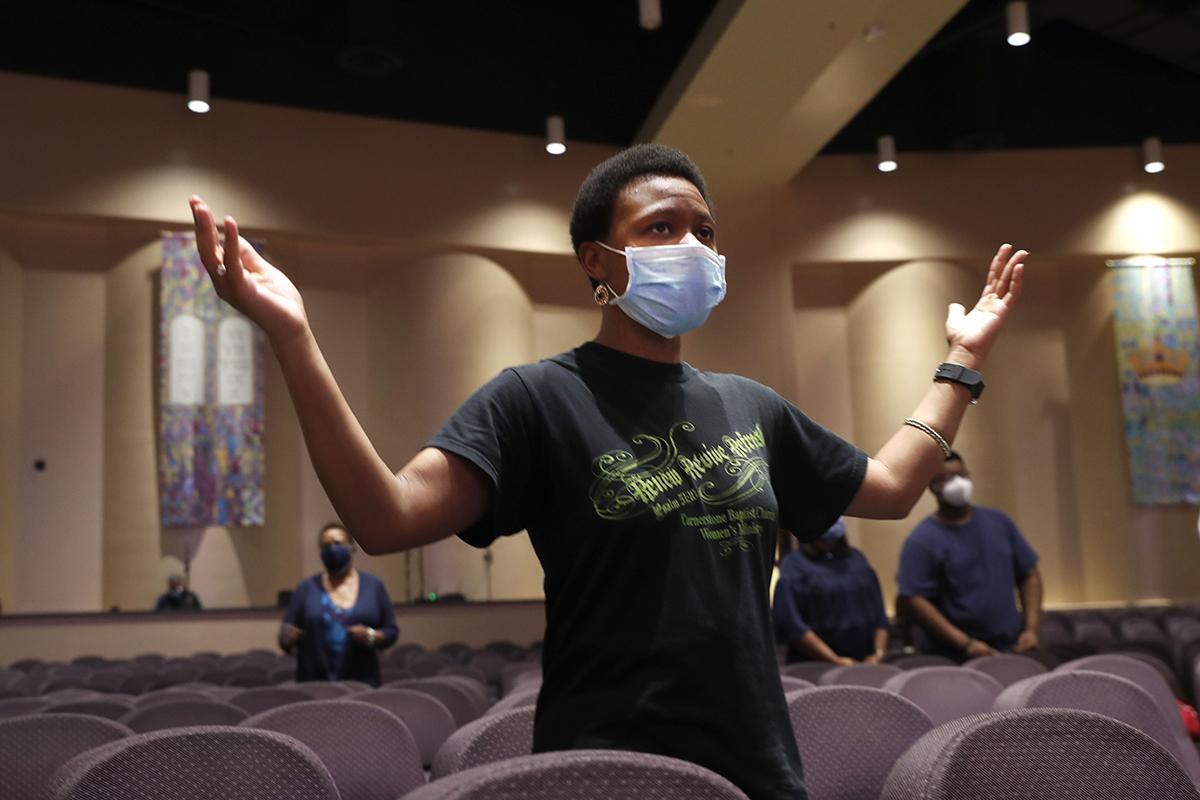 Several pastors objected to additional restrictions on indoor public gatherings. “It is Biblical that we come together and worship, and to take that from us is even worse than taking food from our mouth,” Don Komush, lead pastor at Upper Room Church in Sanger, Calif., told KFSN-TV in Fresno. He added that he plans to protest the order: “Right now there are too many pastors who have laid down, and it is time to stand up.”

Although Newsom’s order allows outdoor services, Jim Franklin, pastor of Cornerstone Church in Fresno said it’s too hot this time of year: “To move services outdoors in 100-plus-degree weather, you are putting restrictions on churches that should not be placed upon them.”

Meanwhile, churches in the remainder of the state continue to wrestle with guidelines Newsom put in place for houses of worship on July 6. That guidance suggests that churches discontinue singing, chanting, and other practices that may contribute to the spread of coronavirus-carrying droplets.

Though the guidelines include no penalties for violations, attorney Kevin Snider said county health officials could issue enforceable orders. And some counties quickly moved to do just that. Santa Clara County, which isn’t on Newsom’s list of 30 counties in Monday’s order, issued a directive effective on Monday that bars worshippers from singing or shouting at gatherings.

Religious liberty law firm the American Center for Law and Justice said on Friday it will file a lawsuit seeking to overturn last week’s guidance in California, which it describes as a singing ban. —S.W.

After opposition from religious liberty advocates, the U.S. Navy backtracked on a rule that threatened court-martial for soldiers that attended indoor religious services.

In a June 29 letter to a Navy commander, First Liberty General Counsel Mike Berry argued that the original order was unconstitutional, allowing house parties and protests but not worship. Days later, the Navy relented.

“This is a major victory for the Constitution and for religious freedom within our military,” Berry said. “This memo means tens of thousands of our brave service members will be able to safely and freely exercise their religious beliefs.” —S.W.