A ‘torturous and unnecessary path’

A former teen patient sues a ‘gender identity development’ facility in the U.K.

Speaking with a deepened voice and a stubbled face, Keira Bell expressed anger toward the London gender clinic that prescribed her puberty blockers at age 16. She went on to take cross-sex hormones and had a double mastectomy in an attempt to become a man.

“I should have been challenged more,” Bell, now 23 and identifying as a woman, told the BBC. “No one was there to say anything different.”

Bell joined a lawsuit against the Tavistock and Portman National Health Service Foundation Trust, which operates the U.K.’s only “gender identity development” center, saying it puts emotionally and mentally vulnerable youth on a “torturous and unnecessary path that is permanent and life-changing.”

The lawsuit argues against the legality of providing puberty blockers and cross-sex hormones to children under the age of 18 since they cannot give informed consent. Other claimants include Susan Evans, a former psychiatric nurse at the Tavistock center, and an anonymous mother of a 15-year-old autistic and gender dysphoric girl who is on the waiting list for treatment at the facility. They have raised more than $85,000 through a crowdfunding site to fund the lawsuit.

As a nurse, Evans said she witnessed the center fast-tracking children––including those with autism, mental health issues, or a history of past trauma or sexual abuse––into experimental and invasive medical treatments. Doctors referred some children for treatment after “only an hour or two” of observation, and most of the children had no access to therapy, she told The Telegraph.

Advocates argue that puberty blockers, which are prescribed to children as young as age 8, are harmless, reversible, and could save the lives of suicidal gender-dysphoric youth.

But Bell said at age 16 she needed intensive therapy—not puberty blockers. As a child, she said she was a tomboy and learned about transitioning online. After three one-hour appointments at the Tavistock center, doctors prescribed puberty blockers.

Bell initially felt relief from her gender dysphoria and mental health conditions. “But I think as the years go on you start to feel less and less enthusiastic or even happy about it,” she told the BBC. “It’s up to these institutions, like the Tavistock, to step in and make children reconsider what they’re saying because it is a life-altering path that you’re going down.”

The number of children referred to the Tavistock center has soared in recent years, from 94 in 2010 to 2,519 in 2018. Last year, five former clinical psychologists resigned from the facility, telling The Times of London their bosses pressured them to refer children for puberty blockers and cross-sex hormones even if they believed the treatment would not help the patients.

“We have been warning for years that young people undergoing these treatments will come to regret it,” he said. “They will be asking doctors and parents, ‘Why did you let me go through with this?’”

The U.K. is already experiencing a “detransition movement,” Calvert said. In November, 200 people attended a sold-out detransitioning conference in Manchester led by Charlie Evans, a 28-year-old woman who identified as a man for a decade. The event included a panel with medical and psychological health experts along with young women who detransitioned and expressed regret about their treatments.

Calvert said the public square largely ignored or silenced those voices, “but if there is any justice in the world, we’re going to see cases like Bell’s succeeding.” 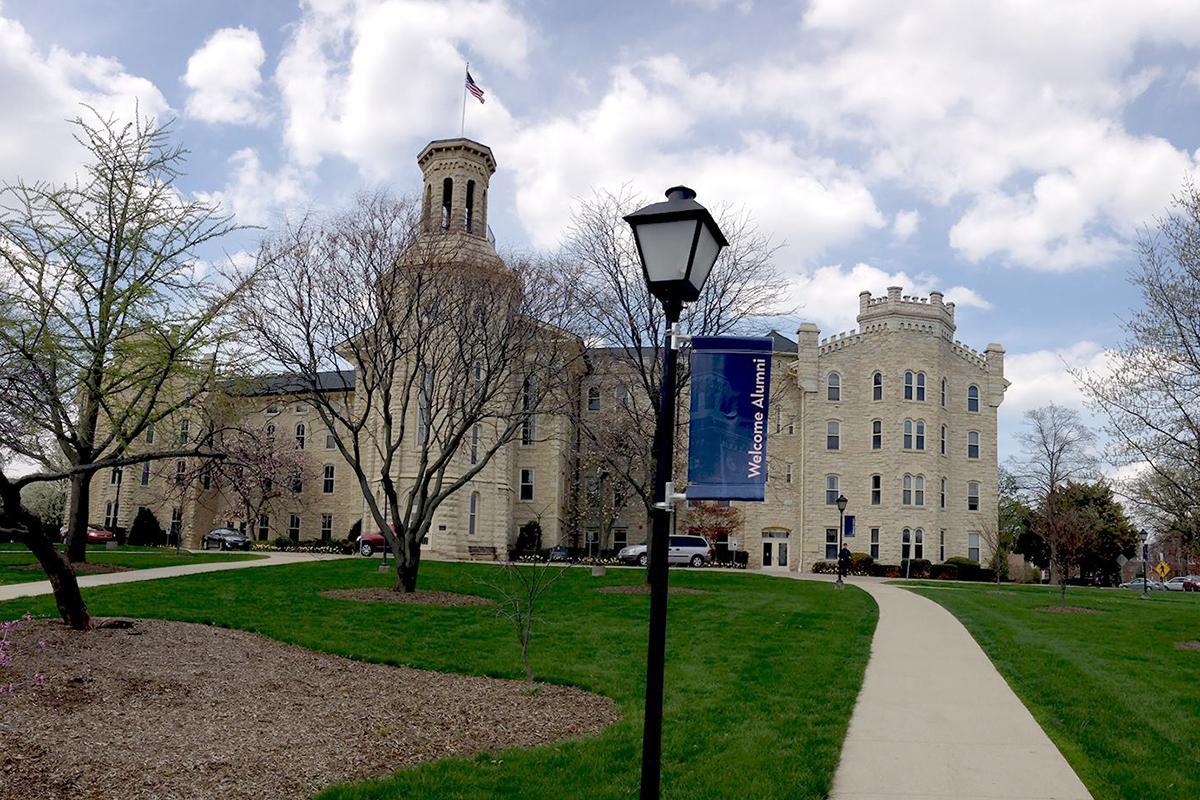 Wheaton College rescinded Gilbert Bilezikian’s title of professor emeritus last Friday following a new accusation of inappropriate and unprofessional conduct. Bilezikian, now 92, retired from his longtime position as a professor of New Testament studies at the Illinois school in 1992.

Last month, the prominent Christian university reopened its investigation into Bilezikian after Willow Creek Community Church announced it had credible evidence to support accusations that he engaged in inappropriate behavior with one of its church members between 1984 and 1988. A member of the suburban Chicago megachurch posted on Facebook in January that Bilezikian had kissed, fondled, and pressured her to have sex with him during that time.

Bilezikian, known to many as “Dr. B,” mentored Willow Creek’s founding pastor, Bill Hybels, who also allegedly engaged in inappropriate sexual conduct, according to an independent investigation released last year. Hybels resigned from his position two years ago.

Bilezikian has denied the accusations of misconduct.

“This is a painful situation in which some of our alumnae stepped forward to share experiences from the past that prompted a wide range of reactions, including anger, hurt, and confusion,” Wheaton President Philip Ryken said in an email to the school community last week. “We ask that you pray for them and hope that they are able to find some measure of peace and resolution.” —M.J. 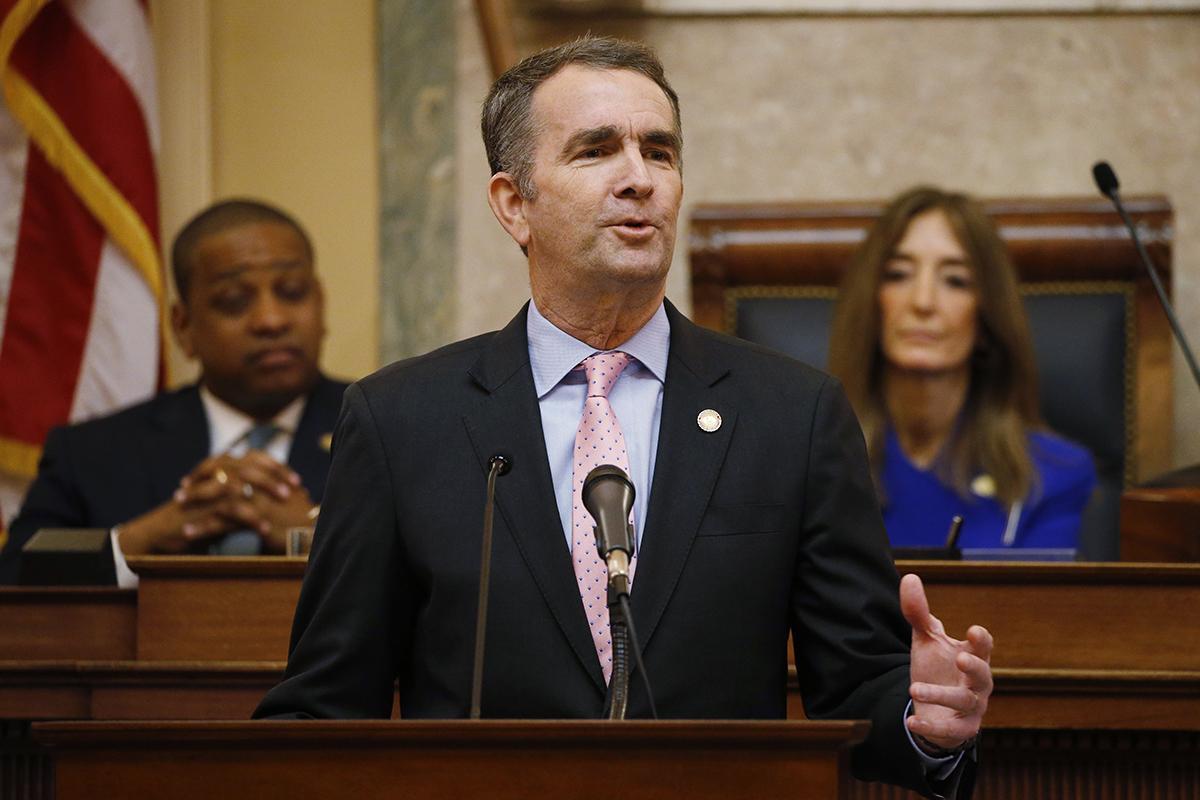 Virginia became the first Southern state to ban so-called conversion therapy for minors on Tuesday. Gov. Ralph Northam, a Democrat, signed legislation barring medical professionals from therapy intended to alter the sexual orientation or gender identity of anyone under the age of 18. Northam said the practice “sends the harmful message that there is something wrong with who you are.”

Virginia is now the 20th state, plus the District of Columbia, to ban attempts to help minors change their sexual orientation or gender identity—even if they want to change it. But a recent WORLD Caleb Team investigative report revealed the term “conversion therapy” covers a broad range of methods, and claims of abuse often stemmed from therapy that did not involve licensed medical professionals. —M.J.

The dangers of gender-neutral bathrooms

A Wisconsin high school closed its gender-neutral restroom after an 18-year-old student enticed and sexually assaulted a child in the facility last week.

Police arrested Rhinelander High School student Austin Sauer on charges of fourth-degree assault, enticement, and exposing his genitals to a child. Capt. Terri Hook said authorities did not notify parents of all students because it was an isolated incident and the student was removed.

Good reporting.  One suggestion: Rather than saying "now 23 and identifying as a woman", whys don't you say "identifying with her biological sex".  The former implies your gender is a choice not an innate part of your being.

This reminds me of where the gov't won't put in crossing lights near where children cross busy streets. They must have at least one child killed before even thinking about it.

If schools even THOUGHT this could never happen, then they are most definitely on something.

People with common sense knew this would happen. WHY did it have to happen?!

I hope they removed the people who allowed a bathroom like that.

We've edited the article to make it clearer.

Thank you for researching that. I wondered the same thing, if the school had been negligent in letting the victim's parent know. The article should be amended to note that.