A tide that won’t ebb

As asylum-seekers overwhelm immigration officials at the U.S. southern border, a federal judge on Monday temporarily blocked a Trump administration policy geared toward preventing sham asylum claims. U.S. District Judge Richard Seeborg of San Francisco ruled that the United States must put on hold its requirement that people seeking asylum at the border wait in Mexico while their cases are processed. He gave the federal government until Friday to appeal before the ruling takes effect.

Previous immigration policy allowed people claiming asylum to be released in the United States after an initial screening and before their immigration court hearings. In December 2018, the Department of Homeland Security (DHS) announced a new policy, called the Migrant Protection Protocols, under which some asylum-seekers had to wait in Mexico for their court dates. Mexican President Andrés Manuel López Obrador agreed to let affected migrants, most of them from El Salvador, Guatemala, and Honduras, stay in the country and seek work authorization. The policy does not apply to children traveling alone or to Mexican asylum-seekers. The United States sweetened the deal by promising $10.6 billion in development aid to southern Mexico and Central America.

Homeland Security Secretary Kirstjen Nielsen, who announced her resignation Sunday, said in December the new protocols were aimed at stopping migrants from “trying to game the system” by making groundless asylum claims and then “disappear[ing] into the United States, where many skip their court dates.” U.S. border authorities fielded more than 92,000 asylum claims in the fiscal year ending Sept. 30, 2018, up 67 percent from about 55,000 the previous year. Only about 9 percent of petitioners were eventually granted asylum.

Judge Seeborg said the new Migrant Protection Protocols denied asylum seekers protections to which they might be entitled, including the ability to prepare for their immigration hearings with a U.S. attorney and to appeal the results of their initial asylum screening to an administrative judge.

“While the precise degree of risk and specific harms that [asylum-seekers] might suffer in this case may be debatable, there is no real question that it includes the possibility of irreparable injury,” Seeborg ruled.

President Donald Trump tweeted that the ruling was unfair, and White House press secretary Sarah Huckabee Sanders said on Twitter that a “liberal activist judge in San Francisco ruled the United States and Mexico can’t work together to address asylum issues at the border.”

In February, agents arrested a record 76,000 migrants who either crossed illegally into the United States or attempted to enter at a port of entry without permission—more than double the number from the same period last year, and the number rose to 103,000 in March. U.S. Customs and Border Protection (CBP) apprehends about 400,000 people crossing the border every year, down from a high of 1.6 million in 2000. Most of today’s migrants are families seeking asylum who typically don’t try to evade U.S. officials but turn themselves in—and request asylum—as soon as they cross the border.

Seeborg made clear in his ruling that even though the United States cannot immediately implement the Migrant Protection Protocols, it is not obligated to release asylum-seekers into the country.

“DHS retains full statutory authority to detain all aliens pending completion of either expedited or regular removal proceedings,” he wrote. But the capacity of CBP to process and detain migrants is “at a breaking point,” said Kevin McAleenan, who served as CBP commissioner until he was promoted to acting secretary of homeland security to replace Nielsen. The changing of the guard at DHS, preceded by Trump’s declaration of a national emergency, is one more sign of the president’s exasperation over the difficulty of controlling migration at the southern border. 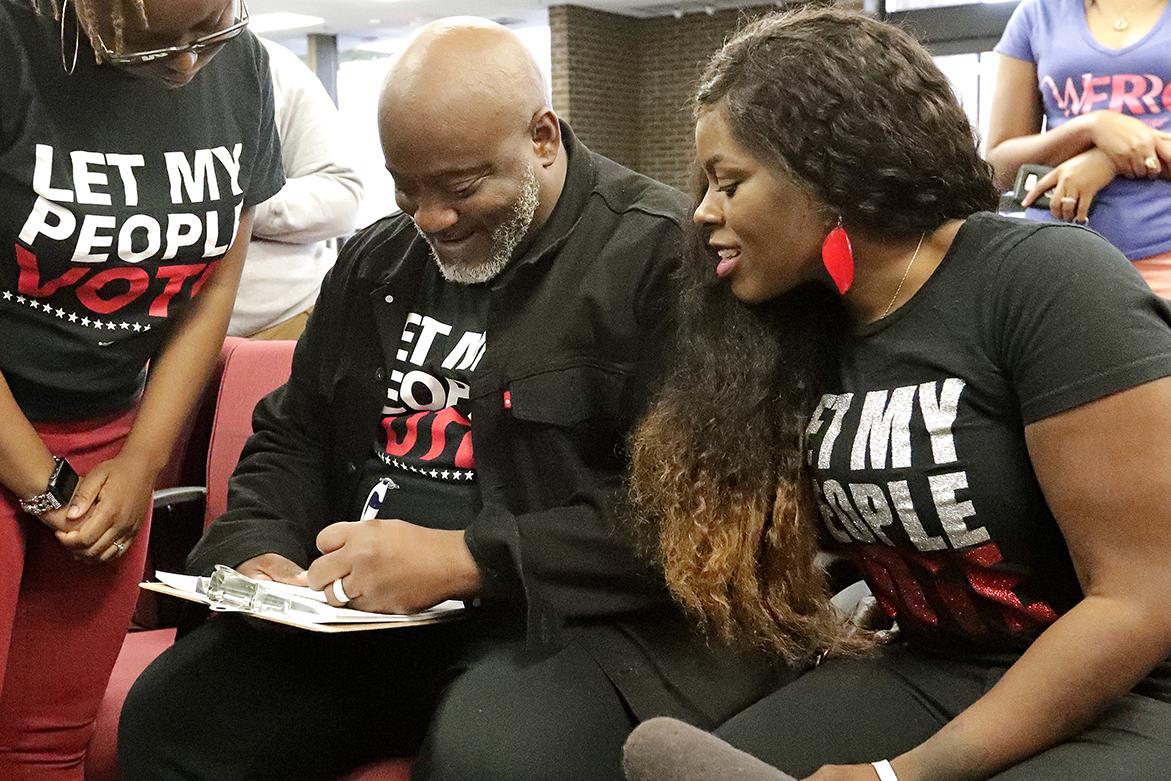 Felons at the polls

Florida’s move to give back to felons their right to vote has met opposition from Republicans in the state legislature. Florida voters in November 2018 approved an amendment to the state constitution to let ex-convicts who had committed felonies, except for those convicted of murder or felony sex offenses, vote once their sentences were complete. Republican Gov. Ron DeSantis called for lawmakers to clarify the amendment before it took effect.

A bill approved by a state Senate committee Tuesday would require released felons to pay court-ordered restitution before becoming eligible to vote. A similar measure under consideration in the House goes a step further to say all court fines and fees must also be paid. Critics say limiting voting rights based on payments at all will mean those with money can vote and those without cannot.

“It’s blatantly unconstitutional as a poll tax,” state Rep. Adam Hattersley, a Democrat, told the Tampa Bay Times. State Sen. Jeff Brandes, a Republican and a sponsor of the Senate bill, told the Orlando Sentinel he doesn’t expect the debate to end anytime soon. “I think everybody expects that this all will probably end up back before the Supreme Court at some juncture,” he said. —L.L. and Charissa Crotts 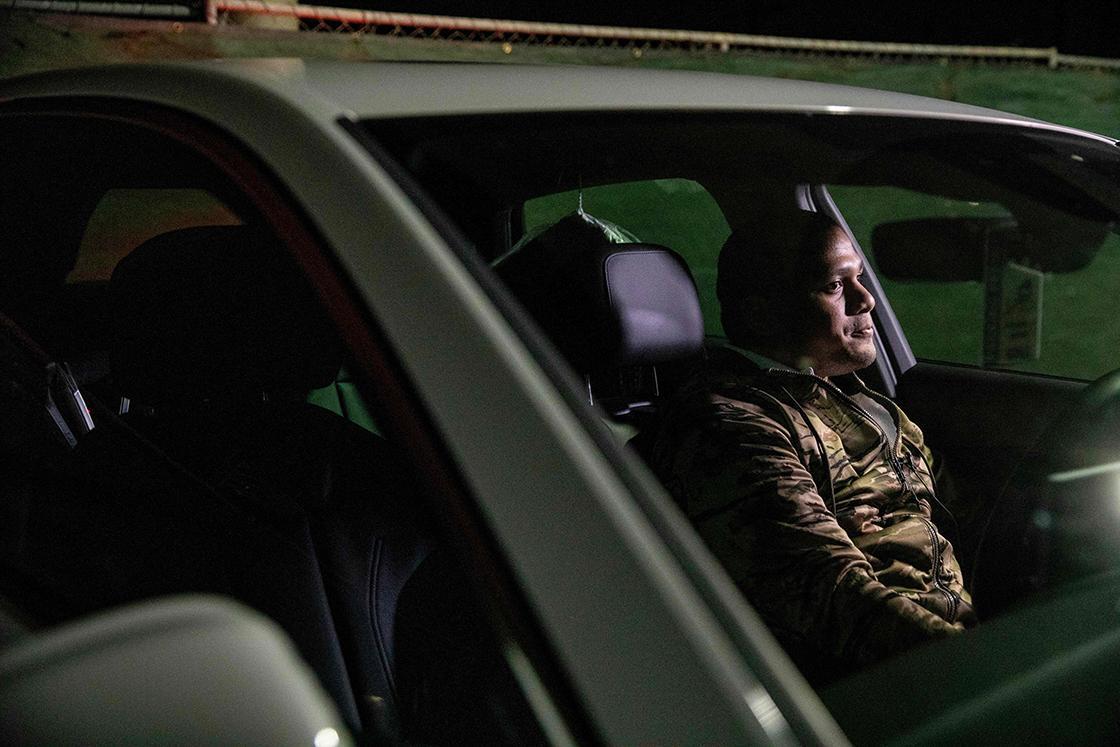 Los Angeles County, Calif., is considering a proposal to expand welfare benefits for people who live in their cars. The measure would raise the cap on assets for welfare eligibility from $4,500 to $11,500 for vehicles. An estimated 3,000 people who live in their cars could become eligible for assistance if the county adopts the recommendation from the Department of Public Social Services, KNBC-TV reported.

The population of car-dwellers has exploded in California as the cost of housing skyrockets. In San Diego, Mayor Kevin Faulconer, a Republican, is working to restrict people from living in vehicles. The City Council repealed a law against car-dwelling in February, but since then, according to Faulconer, complaints about car-dwellers have inundated officials. He proposes making it illegal for anyone to live in a car except for in designated lots in the city. —C.C.