Pro-lifers grieved last week when New York Gov. Andrew Cuomo signed a law stripping unborn babies in the state of all legal rights and erasing previous protections for mothers. New York wasn’t the first state to legalize abortion through all nine months of pregnancy, and it likely won’t be the last.

The state previously protected babies from abortion after 24 weeks of gestation. The new law allows an abortion at any time during a pregnancy if it “is necessary to protect the patient’s life or health.” (The word “patient” refers to the mother.)

The 1973 Doe v. Bolton Supreme Court decision mandated that the “health” of the mother as defined in abortion laws must encompass physical, emotional, and familial well-being.

“It really does permit abortion up until live birth,” Ingrid Duran, director of state legislation at the National Right to Life Committee, told me. “‘Health’ also has to include the mental health of the woman. So any reason whatsoever.”

Perhaps most strangely, the law removed part of a state statute stipulating that only a licensed pharmacist can sell contraceptive drugs or devices to minors under the age of 16. It also took away a physicians-only law, allowing many other types of healthcare workers to perform abortions.

The law also took away criminal penalties for anyone who kills an unborn baby by attacking the mother. It is unclear whether that section of the law applies after 24 weeks of gestation. A homicide victim is now defined as “a human being who has been born and is alive.”

Pro-life advocates in New York said enshrining the “right” to abortion in state law will make it much harder to lobby for measures that protect unborn babies.

“If you’re saying it is a fundamental right for a woman to have this abortion-on-demand policy, then it makes it essentially illegal to introduce laws and pass laws that are protective to unborn children,” Duran said.

Abortion advocates are working to establish abortion as a fundamental right at the state level because many people expect the Supreme Court eventually to revisit and possibly overturn its 1973 Roe v. Wade decision that resulted in the legalization of abortion nationwide.

In 2017, Delaware passed a law that allowed abortion through all nine months of pregnancy and removed every protection for unborn children from the state’s legal code. Rhode Island and Vermont legislators are considering officially legalizing abortion, and lawmakers in Nevada may soon consider a similar bill. An effort is underway to repeal a law that safeguards unborn babies in New Mexico.

Kathleen Gallagher, a lobbyist for the New York State Catholic Conference, which has fought against the bill for the past 12 years, told me she expects the same. Past court decisions paved the way for a statewide legal right to abortion, she said. She doesn’t see a basis for a legal challenge to the law, but her organization’s attorneys will be looking deeper.

“The only possible challenge I see down the road might be a religious liberty case if the state were to withhold a medical license to a pro-life doctor or deny funding to a religious hospital because they are ‘discriminating’ under this law,” Gallagher said. 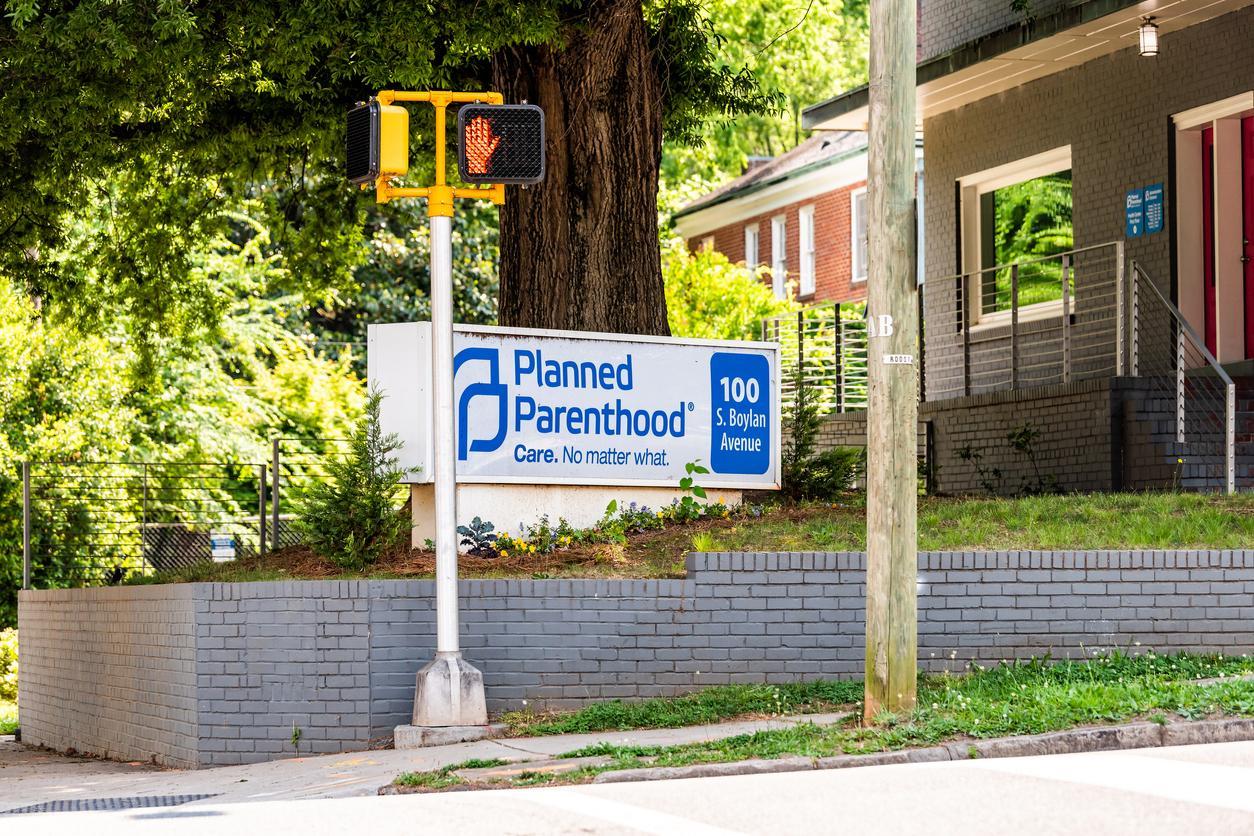 Planned Parenthood wants to expand after it received record levels of funding from taxpayers and other sources, according to its annual report released earlier this month. Here’s a brief overview of the report:

Planned Parenthood performed 332,757 abortions from October 2016 to September 2017, compared to 321,384 the 12 months before that. During that same time period, it performed 1,074,952 pregnancy tests but referred only 2,831 women for adoption. That’s slightly up from the number of pregnancy tests it did the year before but just a fraction of that year’s 3,889 adoption referrals. It saw 2.4 million unique patients, the same figure as the previous year. It now provides drug-induced abortions via teleconference in 13 states. It received $1.67 billion in revenue during the fiscal year, up from $1.46 billion the previous fiscal year. Taxpayers footed $563.8 million of that bill, or roughly a third of its revenue. That’s compared to $543.7 million the previous fiscal year. The total number of services performed on clients are up slightly from the previous year, from 9,537,592 to 9,687,070. But that number is roughly 11 percent lower than 10 years ago, according to the Charlotte Lozier Institute.

Kristan Hawkins, president of Students for Life of America, said Planned Parenthood continues to aggressively promote and expand abortion in the United States: “But pregnancy is not a disease cured by abortion. Women deserve real, life-affirming care, and taxpayers deserve a return on their investment that helps women and their children, born and preborn.” —S.G. 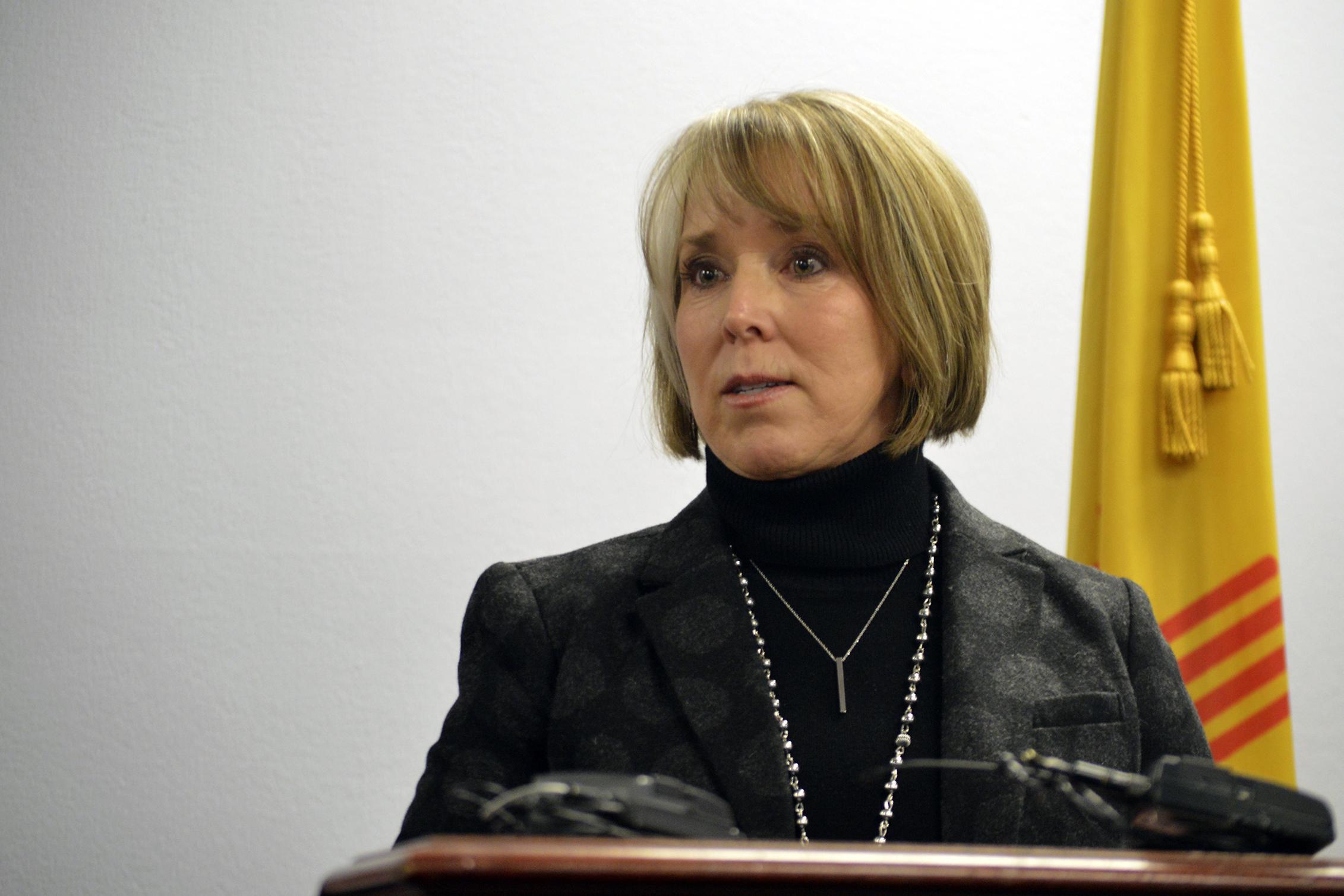 New Mexico: Legislators are considering a bill that would repeal a 50-year-old state law that makes it a felony for providers to perform abortions except in rare cases. Though the law has been largely unenforceable since the U.S. Supreme Court’s Roe v. Wade decision in 1973, the bill’s sponsors have argued for repeal in case the high court overturns Roe. New Mexico is one of nine states with unenforced protections for unborn babies in their laws. Similar attempts to repeal the statute failed during the tenure of the state’s former Republican Gov. Susana Martinez, who left office at the end of last year. Democratic Gov. Michelle Lujan Grisham has said she will sign the measure if it passes.

In addition to repealing the law, the measure also ends conscience protections for hospital employees who object to performing abortions. Supporters of the law argue that federal legal provisions will continue to allow people to decline to participate in abortions based on religious objections, but pro-life advocates contend the change weakens safeguards and takes out the only explicit protection for people with religious and moral convictions against abortion.

The bill passed out of committee on Saturday.

“Forcing doctors to participate in abortions up to birth is the stated goal of proponents behind this bill,” said New Mexico Alliance for Life director Elisa Martinez, who called the measure a “disgrace.”

Tennessee: State Rep. Micah Van Huss, a Republican, introduced a bill last week that would protect babies from abortion after they have a detectable heartbeat. It is his third attempt to get such a law passed in his state. Heartbeat bills have face varied outcomes across the nation. Ohio legislators passed a heartbeat bill last year but weren’t able to override outgoing Gov. John Kasich’s veto. Last week, a judge struck down Iowa’s heartbeat bill, saying it was unconstitutional.

Congress: Rep. Chris Smith, R-N.J., introduced a House bill this month that would protect babies from abortion after they can feel pain. The measure mirrors a bill introduced in the Senate by Sen. Lindsey Graham, R-S.C., last week. “Today we know that unborn babies not only die but suffer excruciating pain during dismemberment abortion—a cruelty that rips arms and legs off a helpless child,” said Smith. “This tragic human rights abuse must end.”

Utah: A state legislator reintroduced a bill last week that would save babies with an in-utero diagnosis of Down syndrome. The bill passed the Utah’s House of Representatives last year but failed to pass in the state Senate. The measure is one of two pro-life bills up for consideration this year. The other would protect unborn babies after 15 weeks of gestation.

Vermont: A bill similar to New York’s new pro-abortion law is working its way through the state’s legislature. The measure would create a “right” to an abortion and remove all protections for the unborn, regardless of their gestational age. It would also take away any independent rights of “a fertilized egg, embryo, or fetus.” —S.G. 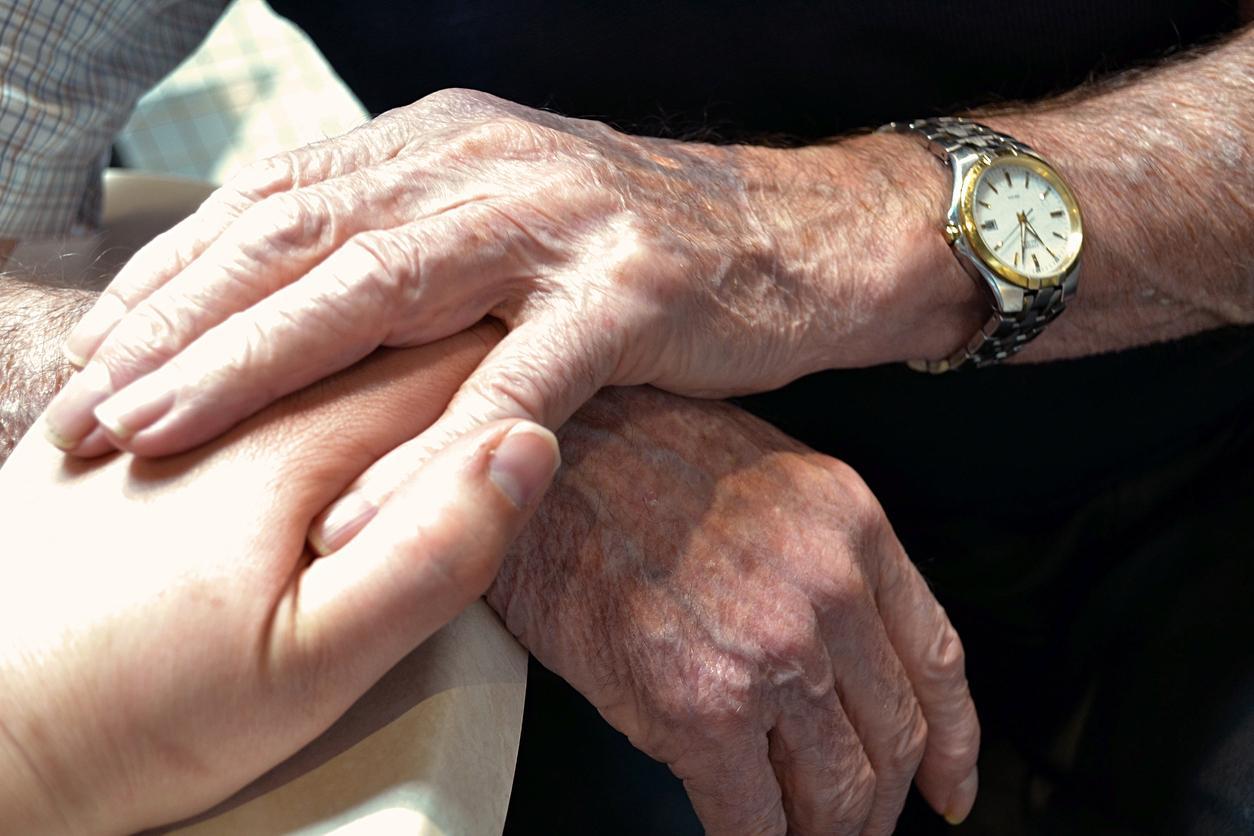 A lengthy report that appeared in The Guardian this month detailed the effects of 17 years of legal euthanasia in the Netherlands. Journalist Christopher de Bellaigue wrote:

“In the past few years a small but influential group of academics and jurists have raised the alarm over what is generally referred to, a little archly, as the ‘slippery slope’—the idea that a measure introduced to provide relief to late-stage cancer patients has expanded to include people who might otherwise live for many years, from sufferers of diseases such as muscular dystrophy to sexagenarians with dementia and even mentally ill young people.”

Nearly everyone in the Netherlands knows someone who has been euthanized, De Bellaigue wrote, and “the precept that life is precious irrespective of one’s medical condition is being called into question as never before.” —S.G. 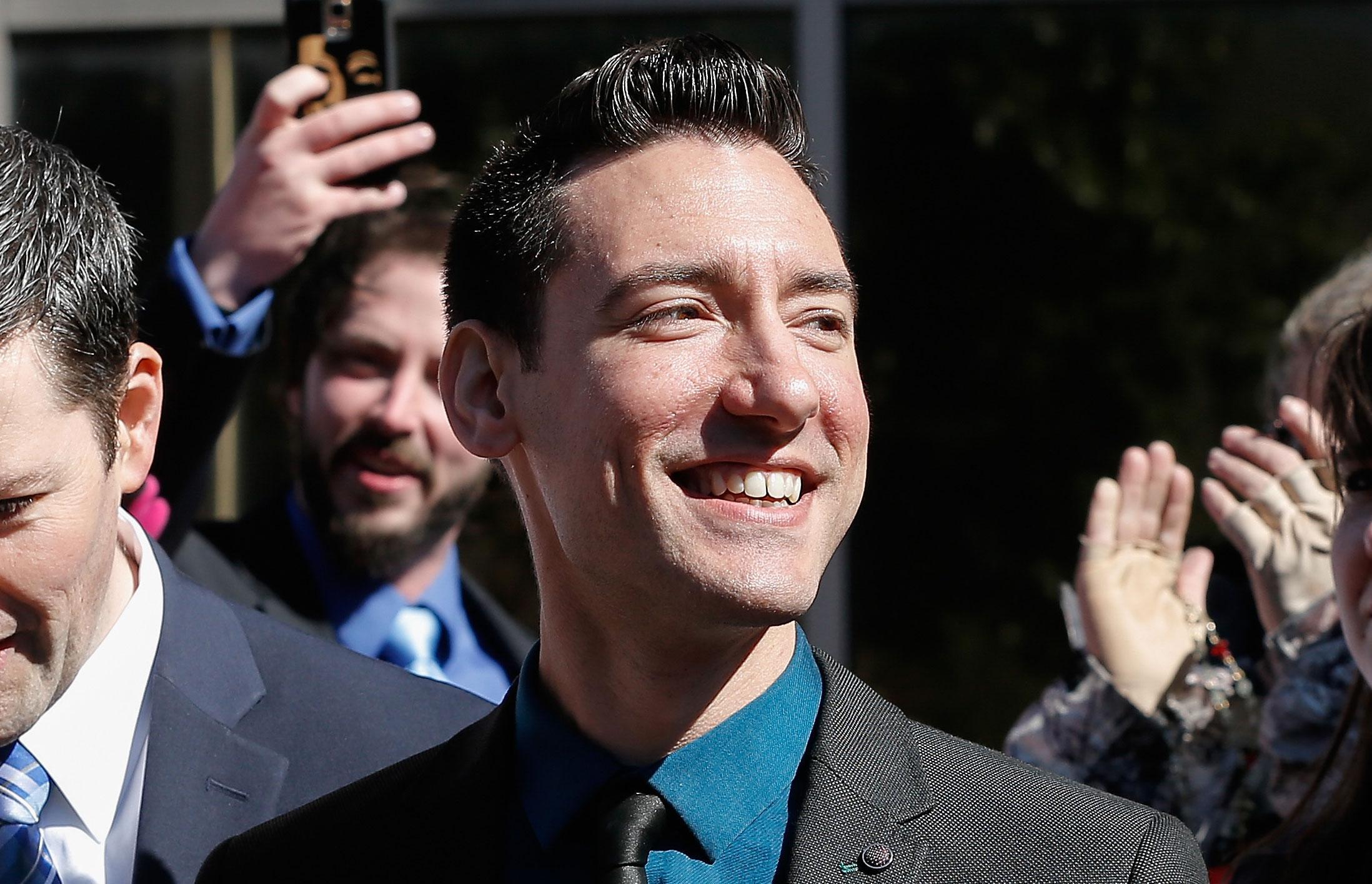 A federal appeals court gave pro-life activist David Daleiden a small victory this month. A three-judge panel of the 5th U.S. Circuit Court of Appeals ruled that videos released by his organization were “authentic and not deceptively edited.”

The Center for Medical Progress videos showed Planned Parenthood employees discussing how to alter abortion procedures to keep the body parts of unborn babies intact in order to sell them. The court’s opinion dealt with Medicaid funding of Planned Parenthood, but a footnote acknowledged a forensic study found Daleiden’s footage was not altered. —S.G.