A progressive pothole in the new NAFTA

Forty-six House Republicans sent a letter to President Donald Trump last Friday asking him to remove language from the agreement that included sexual orientation and gender identity (SOGI) as protected classes. Chapter 23 of USMCA, unveiled Sept. 30, has two SOGI references in clauses establishing nondiscrimination standards for workplaces. Republican lawmakers said SOGI language had never been included in a trade agreement and doing so circumvented the ability of the United States to set its own policies regarding discrimination.

The United States does not have federal SOGI policies, though a number of states have them on the books. Canada pushed for the inclusion of the SOGI language throughout negotiations with the U.S. trade representatives’ office, Canadian news outlet iPolitics reported.

“Traditionally, trade agreements have been about goods and services,” said Rep. Doug Lamborn, R-Colo., who spearheaded the letter effort. “To even have a chapter or a paragraph on the definition of gender—especially where Congress has not led the way … is putting unelected bureaucrats in charge of policy in this country.”

Lamborn’s office told me lawmakers were not necessarily debating the merits of SOGI protections, but states and Congress should make those decisions. The letter from Lamborn and his House colleagues asked the Trump administration to renegotiate the nondiscrimination language before signing the agreement.

“It is insulting to our sovereignty to needlessly submit to social policies which the United States Congress had so far explicitly refused to accept,” the letter said.

Jenna Ellis with the Dr. James Dobson Family Institute said concerned lawmakers are “looking down the road of the precedent this would set.” She said judges could cite USMCA as persuasive in future cases, or lawmakers may use it to justify pushing federal SOGI laws. LGBT activists have used such laws to justify legal action against Christians—including wedding service providers, teachers, adoption and foster care workers, and others—who believe in the Biblical definition of marriage as between one man and one woman, or who hold the view that sex is an unchangeable characteristic determined by biology.

Trump, Canadian Prime Minister Justin Trudeau, and Mexican President Enrique Peña Nieto are set to sign the deal Nov. 30 in Buenos Aires at the G-20 summit. After that, the deal goes to Congress for simple approval or disapproval. Fast-track trade deal rules preclude the possibility of lawmakers’ making amendments. The White House has so far not indicated it will even attempt reworking the language.

Trump needs 218 votes for the agreement to pass in the House. Losing 46 Republican votes would force the administration to rely on Democratic support. But Democrats have raised their own concerns about the USMCA. Some want stronger standards for pollution and climate change, for instance. Conservative lawmakers concerned about the inclusion of SOGI language will have to decide whether to sink the trade agreement because of it. If ratified, the trade agreement holds for 16 years and is subject to a review every six years.

Editor’s note: This article was edited to correct the number of House Republicans who sent the letter to President Trump. 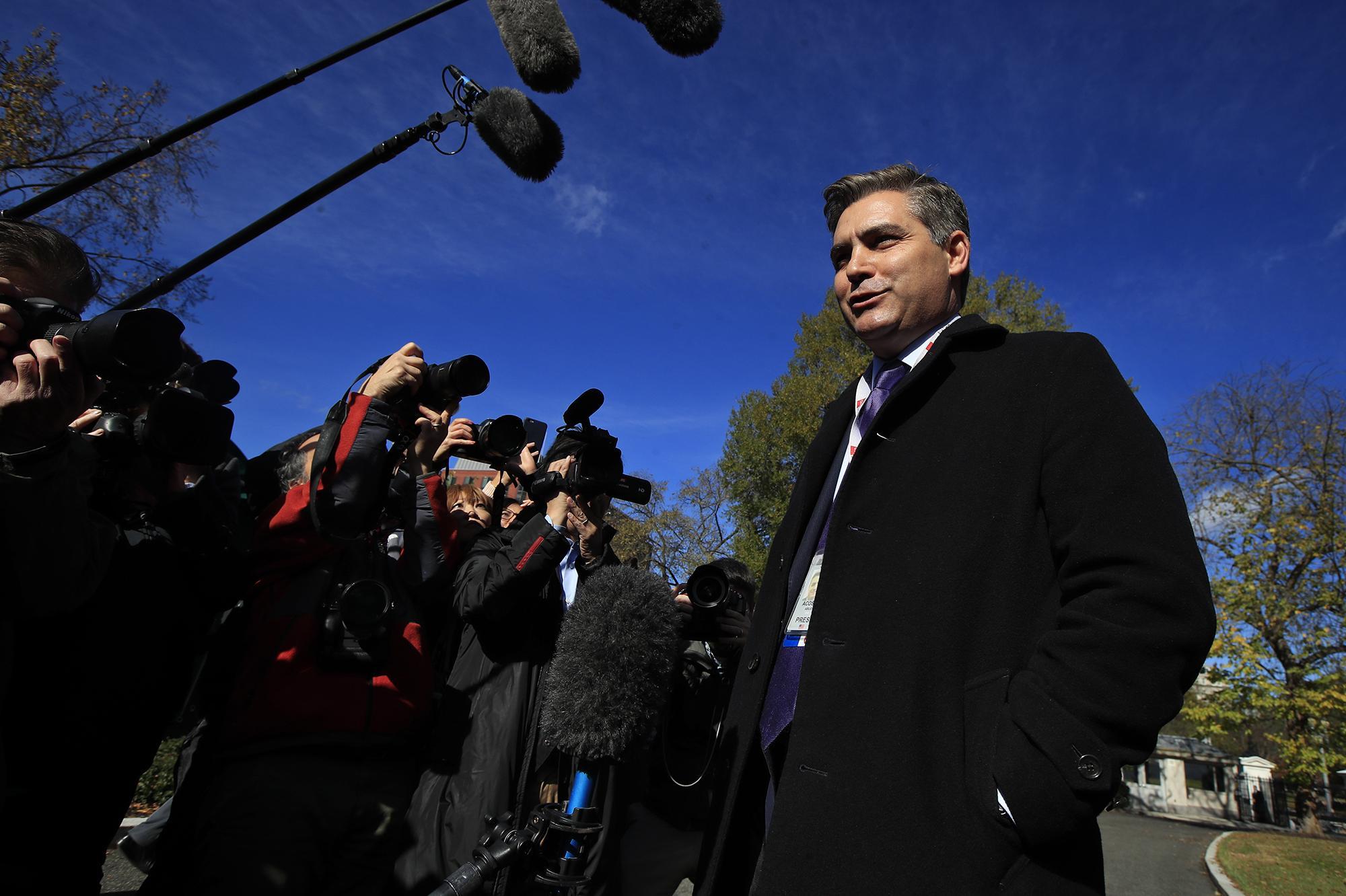 The White House permanently restored the press pass of a CNN correspondent this week, ending a spat over his behavior at a presidential news conference but leaving unresolved legal questions about the president’s relationship with journalists.

CNN had sued the White House for revoking correspondent Jim Acosta’s press credentials earlier this month after he refused to give up the microphone at the end of his turn during a news conference. A federal judge ordered his access temporarily restored before the White House chose to drop the matter, ending a likely legal battle to determine whether the revocation violated Acosta’s constitutional rights, including his First Amendment right to free speech or his Fifth Amendment right to due process.

The showdown between Acosta and President Donald Trump “was like a staged caged match” in which both sides sought to play to their own audiences, said Al Tompkins, a faculty member at the Poynter Institute, a journalism training and education center.

U.S. District Judge Timothy Kelly, who granted a temporary restraining order to restore Acosta’s press pass, said the White House’s decision lacked transparency, and CNN was likely to succeed in its claim that the reporter’s due process rights had been violated.

Other media outlets, including Fox News, backed CNN out of fear that efforts to target individual journalists could spread, Tompkins told me, adding such concerns are “far less likely now because of the storm that followed.”

The conclusion of the legal fight leaves unanswered whether those First Amendment challenges would hold up in court. The Knight First Amendment Institute at Columbia University said it looked like the White House revoked Acosta’s press pass because of his viewpoint challenging the president. The institute said it believed CNN would prevail on First Amendment grounds if the suit were to go forward.

“The court observed that a decision to deny press credentials based on the content of the journalist’s speech would raise serious constitutional questions,” the institute said in a statement.

Meanwhile, the White House sought to limit similar incidents in the future by issuing new rules limiting reporters to one question during presidential news conferences, but the White House Correspondents Association said it expected journalists would continue the tradition of posing follow-up questions. —Anne K. Walters 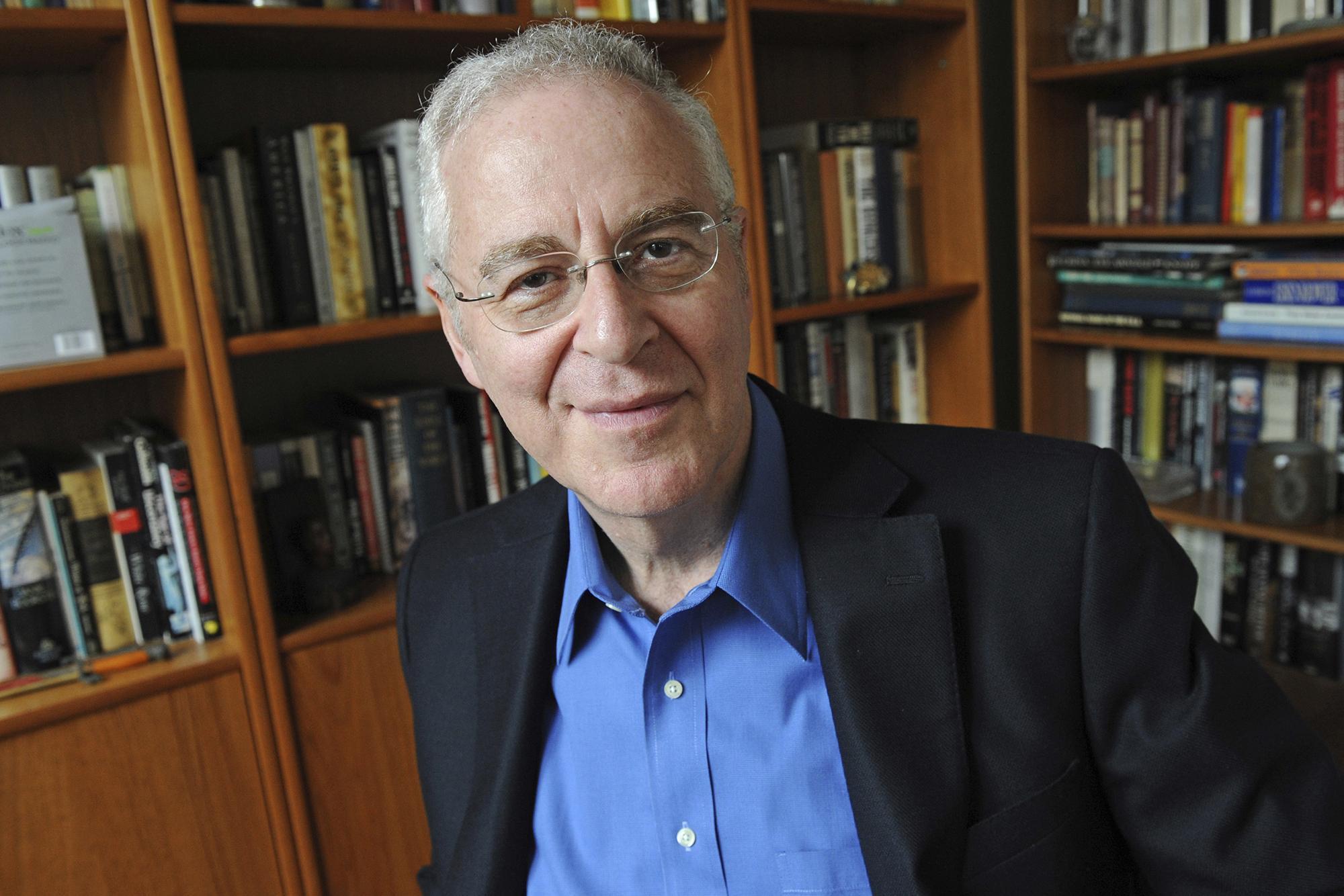 Dinner and a lecture

After comedienne Michelle Wolf bombed with a hateful keynote address at this year’s White House Correspondents’ Association Dinner, the group has hired biographer Ron Chernow to headline the event in 2019. Chernow wrote the biography of Alexander Hamilton that inspired the 2015 smash hit Broadway musical about the founding father.

“As we celebrate the importance of a free and independent news media to the health of the republic, I look forward to hearing Ron place this unusual moment in the context of American history,” WHCA President Olivier Knox said in a statement.

President Donald Trump, who has broken tradition by not attending the dinner the last two years, tweeted in response to the announcement, “Good first step in comeback of a dying evening and tradition! Maybe I will go?” —Lynde Langdon 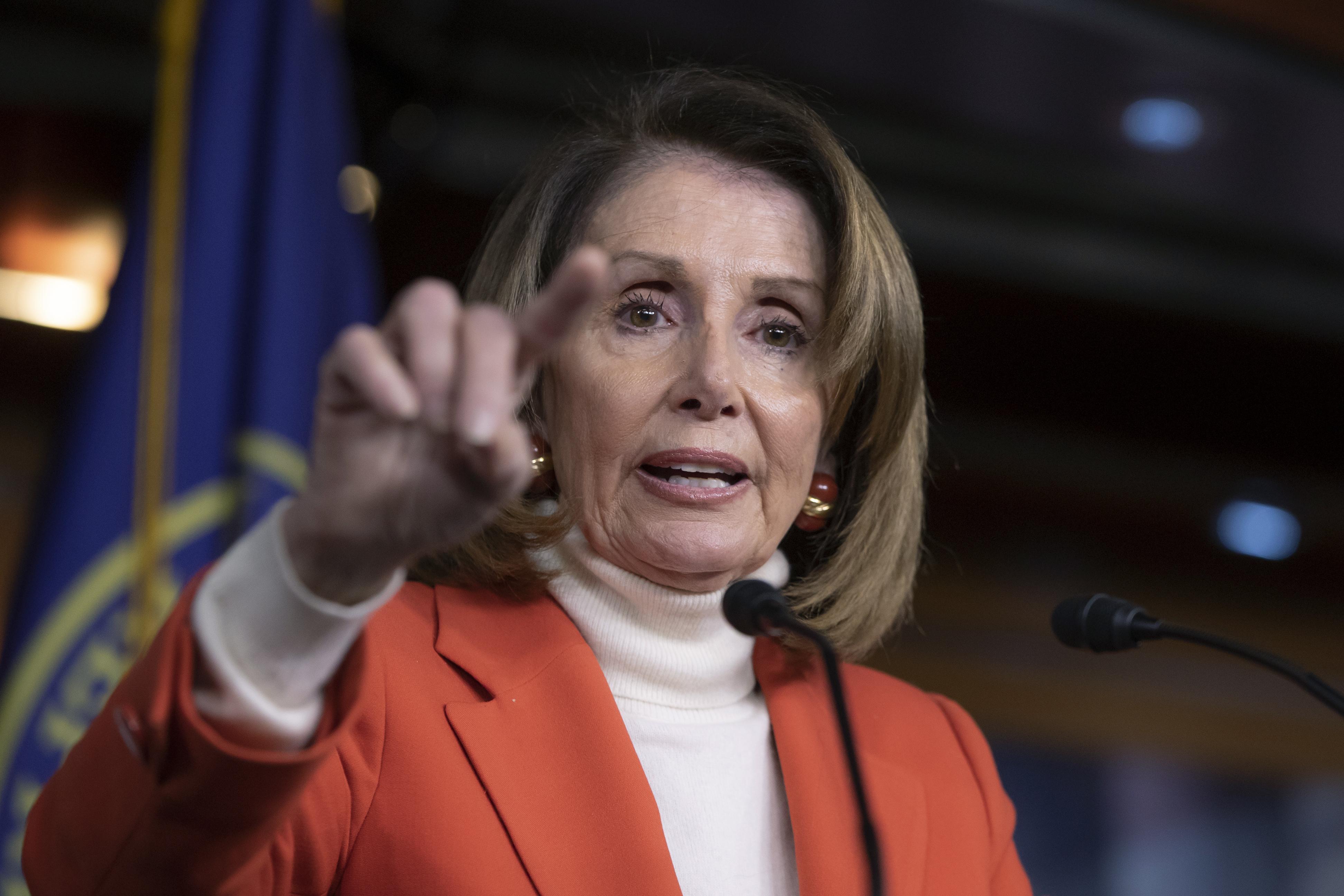 House Democrats are putting impeaching President Donald Trump at the bottom of their to-do list when they take over in January. Rep. Nancy Pelosi, D-Calif., who appears to be the last person standing in the contest for House speaker, gave a vague summary of Democrats’ impeachment agenda recently: “We shouldn’t impeach the president for political reasons and we shouldn’t not impeach the president for political reasons.”

Even hardline impeachment advocates are taking a wait-and-see approach at this point. “We’re for impeachment. We’re not for get-sworn-in-on-Jan.-1-and-start-taking-votes,” said Kevin Mack, the lead strategist for billionaire Tom Steyer’s Need to Impeach campaign. —L.L.