A pro-abortion bridge too far

Trump administration reins in threats to pro-life freedom of conscience

A recently rescinded Obama-era rule that defined “sex” as including gender identity also incorporated a reference to abortion that threatened the conscience rights of healthcare workers like nurse Cathy DeCarlo.

A hospital in New York City forced DeCarlo to participate in an abortion in 2009 by sorting through the baby’s bloody remains after the procedure. DeCarlo initially thought she would be helping with a follow-up procedure to a miscarriage, but her bosses instead asked her to assist with the abortion of a baby at 22 weeks of gestation. Helping the abortionist violated her conscience, but she complied when her supervisor threatened to charge her with insubordination and abandoning her patient if she did not help. “I still have nightmares about that day,” she testified on Capitol Hill in 2017.

The U.S. Department of Health and Human Services on June 12 finalized a regulatory change designed to prevent similar violations. As part of the Affordable Care Act, President Barack Obama’s signature healthcare law, the previous administration enacted a rule that discrimination “on the basis of sex” could mean on the basis of gender identity or “termination of pregnancy.”

The rule immediately faced court challenges and never took effect. Since providers use similar procedures and equipment to treat miscarriages and perform abortions, the regulation could have forced any health insurance that covered costs related to one to pay for the other.

The same goes for hospitals. Katie Glenn, government affairs counsel for Americans United for Life, said the Obama administration would have required medical providers who use the method of “dilation and evacuation” for incomplete miscarriages or that dispense mifepristone (the first drug used in the abortion pill regimen) for other medical purposes to give those services to women seeking abortions. A Catholic hospital that wanted to avoid aiding in abortions would have to forgo treating women with incomplete miscarriages in an emergency. “That’s bad for women to not have the immediate care that they need available because the hospital is … afraid of running into the government and getting into trouble.” Glenn said.

Some supporters of the Obama-era rule said it would have prevented doctors from discriminating against women who have had abortions in the past. But Glenn said that sort of discrimination doesn’t happen—at least not frequently enough to demand a new rule. “This is something that we’ve seen trotted out all the time as the argument for why not to do something. But the data does not bear it out,” she said. “I think it’s just this parade of horribles, of ‘let’s talk about every bad thing that could happen.’”

The concern did not outweigh the likely unconstitutionality of the regulation, U.S. District Judge Reed O’Connor of the Northern District ruled in 2016 when he issued a preliminary injunction against it.

Even though the 2016 rule never went into effect, “having that language off the books is so important,” said Connor Semelsberger, legislative assistant for the Family Research Council. If the Trump administration had let the rule remain, future administrations or lawmakers could have gone to court to win the right to enforce it. A court victory for them, he said, would have meant they could use it “as a tool against pro-life religious healthcare employers,” specifically those who receive federal funding. The Trump administration’s revision, Semelsberger said, “was the right thing legally and morally to do.” 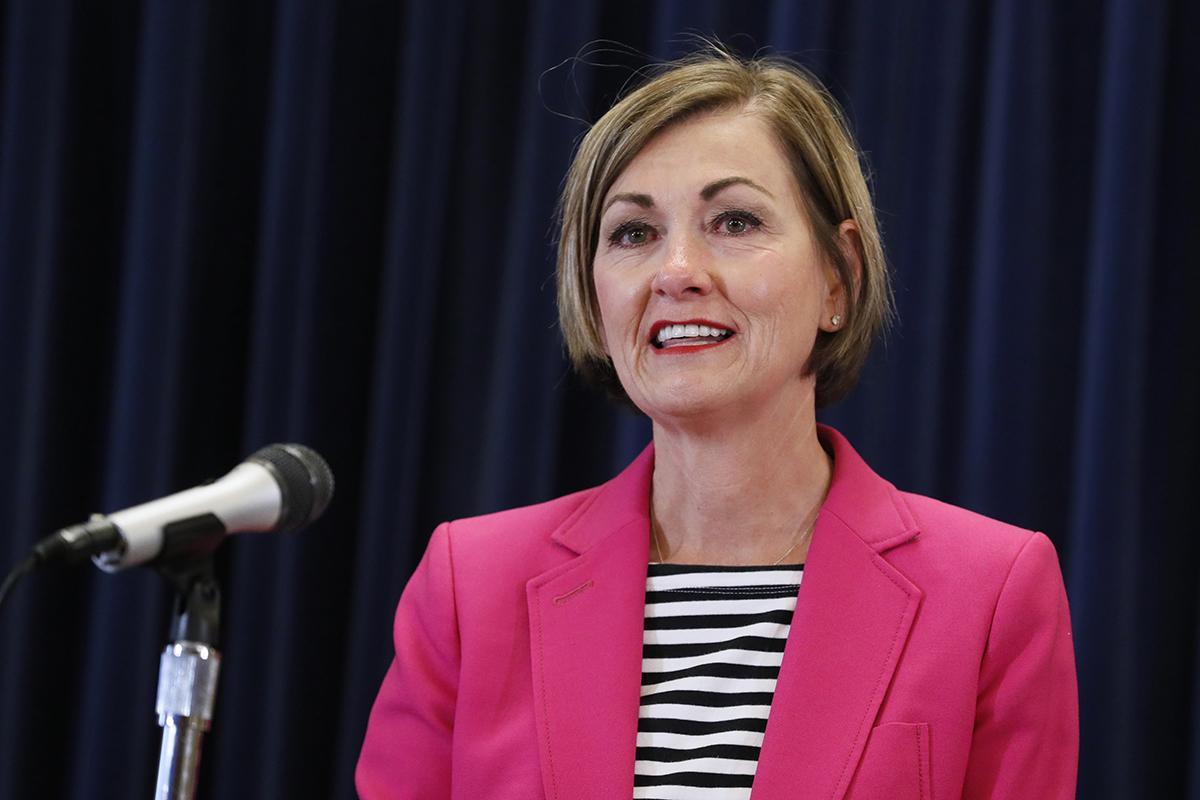 Texas: The Austin City Council approved a contract with the pro-abortion group Jane’s Due Process to help women pay for abortion-related expenses such as transportation or child care. The city council passed the budget item last fall and finalized the yearlong, $150,000 contract on June 11. John Seago, the legislative director for Texas Right to Life, had sued the city council for violating a state law that prohibits government funding of abortion. He has requested an emergency hearing in the case, The Texan news site reported.

Georgia: U.S. District Judge Steve C. Jones heard arguments Monday from abortion advocates who oppose Georgia’s heartbeat bill, which Gov. Brian Kemp signed in May 2019. Jones said his ruling in the case could be weeks away since the Supreme Court’s decision in the pending case June Medical Services v. Russo, expected in the next few weeks, would affect his decision by changing legal standards in abortion-related cases.

Tennessee: The state legislature passed a heartbeat abortion bill that would protect unborn babies after six weeks of gestation. Planned Parenthood, the American Civil Liberties Union, and the Center for Reproductive Rights filed a lawsuit against the bill only hours after it passed. Gov. Bill Lee’s office said he plans to sign the bill into law soon.

Michigan: Staff in Michigan’s Bureau of Elections announced last week that pro-life advocates had failed to collect enough valid signatures to put a bill safeguarding infants from dismemberment abortions before the state legislature. But the Board of State Canvassers told the state on Thursday to reexamine the signatures.

Mississippi: The state Senate advanced a bill on Wednesday that would protect babies from abortions sought on the basis of sex, race, or disability. According to the bill, a physician who performs an abortion on a baby because of a Down syndrome diagnosis, for example, would face a prison sentence of up to 10 years.

Iowa: The Iowa House and Senate passed a bill on June 14 that mandates a 24-hour waiting period for women seeking abortions. Pro-lifers in the state expect Republican Gov. Kim Reynolds to sign the legislation into law. —L.H. 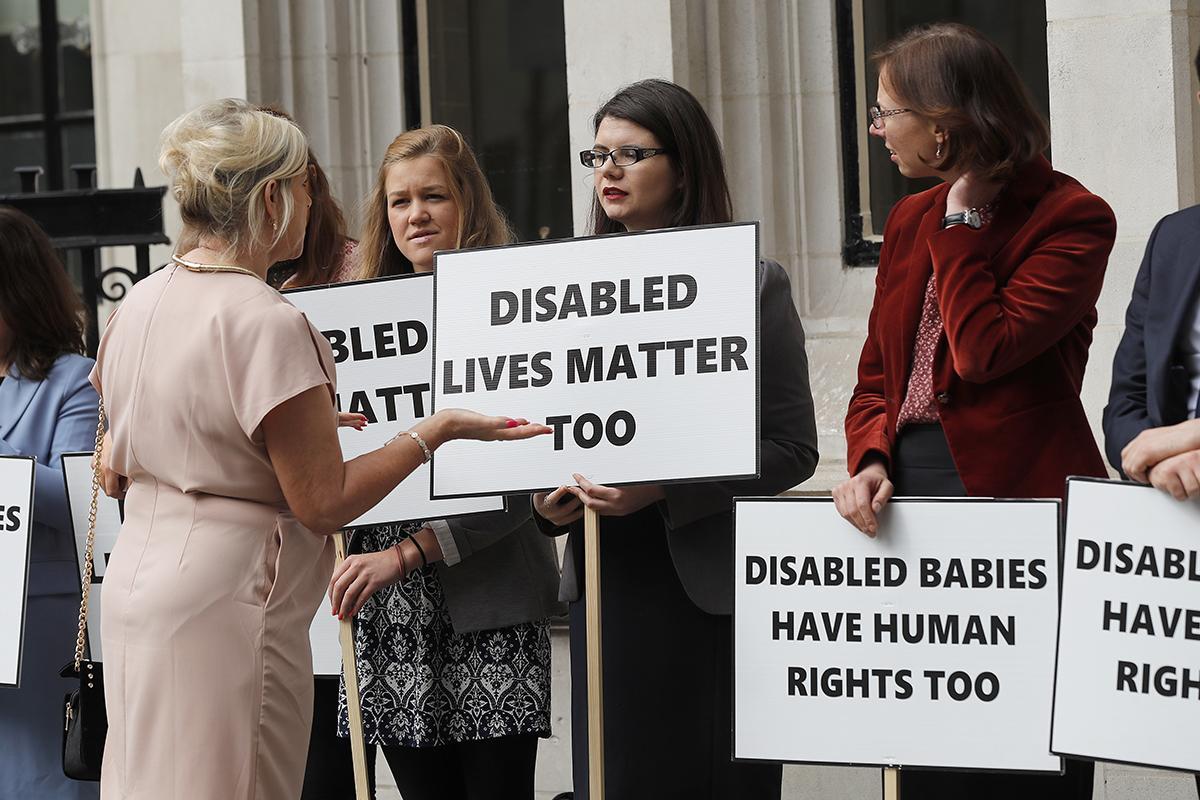 The United Kingdom’s Parliament passed extreme abortion laws for Northern Ireland in a final vote on Wednesday. According to the laws, women can abort their unborn children for any reason in the first 12 weeks of gestation. A woman can also terminate her pregnancy up to 24 weeks for mental or physical health reasons and, in cases of disabilities such as Down syndrome, she can abort up to birth.

The regulations went into effect in March after Parliament legalized abortion in the region last year during political deadlock in Northern Ireland. In early June, the Northern Ireland Assembly voted to oppose the new regulations because of their extreme discrimination against disabled people. The vote didn’t have any legal effect, but the Assembly hoped it would send the message to Parliament that the region did not want such liberal abortion laws. Despite the opposition, Parliament passed the new rules by a vote of 253 to 177. —L.H.

The political arm of Planned Parenthood, Planned Parenthood Action Fund, gave an unsurprising endorsement to Democratic presidential candidate Joe Biden last week. The abortion giant called Biden the only candidate who will “stand up for our health and our rights.” Planned Parenthood’s acting president, Alexis McGill Johnson, told NPR, “This is literally a life and death election. … We felt like we can’t endure another four years of Trump; we have to do everything we can to get him out of office.” Marjorie Dannefelser, president of the pro-life Susan B. Anthony List, responded: “On that point we agree—the lives of countless children are at stake.” —L.H.