A place to call home

After entering the foster care system in Arizona at 2 years old, Anthony Harper bounced from house to house until age 18, when he landed on his own without a home. Harper lived on the streets or moved between friends’ houses for several months, struggling with health problems and mental issues. In September 2019, he called Steve and Teri Vogel at Thrive.

The Christian ministry in Phoenix is jumping on a growing housing bandwagon to support former foster children: tiny houses. Thrive is developing four lots into communities of three tiny houses each to provide supportive living situations for youth aging out of state custody. The Vogels hope the homes can be part of a solution to a growing problem: what happens to foster children who never land somewhere permanently?

If foster youth haven’t already found a permanent placement either with their family of origin or an adoptive family, state government officials automatically release, or emancipate, them from custody when they hit a certain age, usually between 17 and 19, depending on the state. Across the country, statistics on the outcomes for those emancipated from state custody are dismal. Because many spent so little time with a single set of caretakers, those who age out are often not prepared for adulthood. They may never have learned to pay bills, file taxes, or get a driver’s license.

In 2017, 8 percent of foster youth nationally—more than 19,000—aged out of the system, according to a 2019 fact sheet from the U.S. Children’s Bureau. In 2014, 20 percent of foster kids who aged out at age 19 experienced homelessness right away, according to research compiled by Child Trends. That number went up to 27 percent by age 21. Also by age 21, 22 percent of emancipated foster youth had spent time in prison, and 32 percent had received some form of public assistance. Less than half were employed, and nearly a quarter hadn’t finished high school or gotten a GED diploma. A 2017 study of youth who aged out of foster care in three Midwestern states found 30 percent were living on the streets by age 26.

And poverty isn’t the only risk—foster children are also more vulnerable to trafficking. In 2017, 88 percent of children listed as missing and likely victims of sex trafficking were in the care of the child welfare system when they disappeared, according to the National Center for Missing and Exploited Children. That’s especially true for those who age out, according to Andrea Powell, who works for an anti-trafficking group called FAIR Girls in Washington, D.C.

“We have cases of clients who literally were trafficked the day they were kicked out of foster care,” she told Reuters.

The Vogels were involved in the case of a girl who entered the Arizona foster care system at age 17 when her mother died, then aged out the following year. When there were no housing options available for her, an organization put her up in a hotel. The girl met a pimp and was prostituted within 24 hours.

“We don’t want to see that happen,” Teri Vogel said. “We’re in prevention.”

The Vogels didn’t initially start out to build transitional homes for aging-out foster children. They provided housing and other support for families either involved with Child Protective Services or at-risk youth in some way. Thrive reports it has a 90 percent success rate with its transitional program, which means that one year after leaving the program, the youth it helped were still self-sufficient. But the Vogels kept getting calls about youth like Harper who left the foster care system with no home or support.

“It was like every day we would get a call for another aged-out,” Teri Vogel said. “We had some transitional homes we were using for our families, and it ended up that our aged-out started taking over those homes.”

In response, the Vogels came up with the idea to build the tiny-house communities where they could implement the yearlong transition program they had developed over time. The mini neighborhoods can function as halfway houses between the intensely communal settings many foster kids came from into independent living. The young adults will pay $300 a month to cover housing, utilities, internet, and to “have some skin in the game,” Teri Vogel said. The goal is bigger than just keeping them off the streets in the short-term—it’s to help them avoid getting an eviction on their record while they learn life skills and recover from the emotional trauma many endured while in foster care.

The challenge of how to support young adults with traumatic backgrounds and no reliable family is ongoing with no simple solutions. But transitional homes across the country hope to prevent children from leaving state custody and immediately becoming entangled in downstream problems like homelessness and sex trafficking.

It gives young adults like Harper the space to adjust to adulthood—he is now studying to be an emergency medical technician and learning how to cook for himself. He has also begun attending church and was baptized since entering Thrive’s program.

“It’s given me a foot forward and the ability to keep moving on in my life in a positive way,” Harper said. 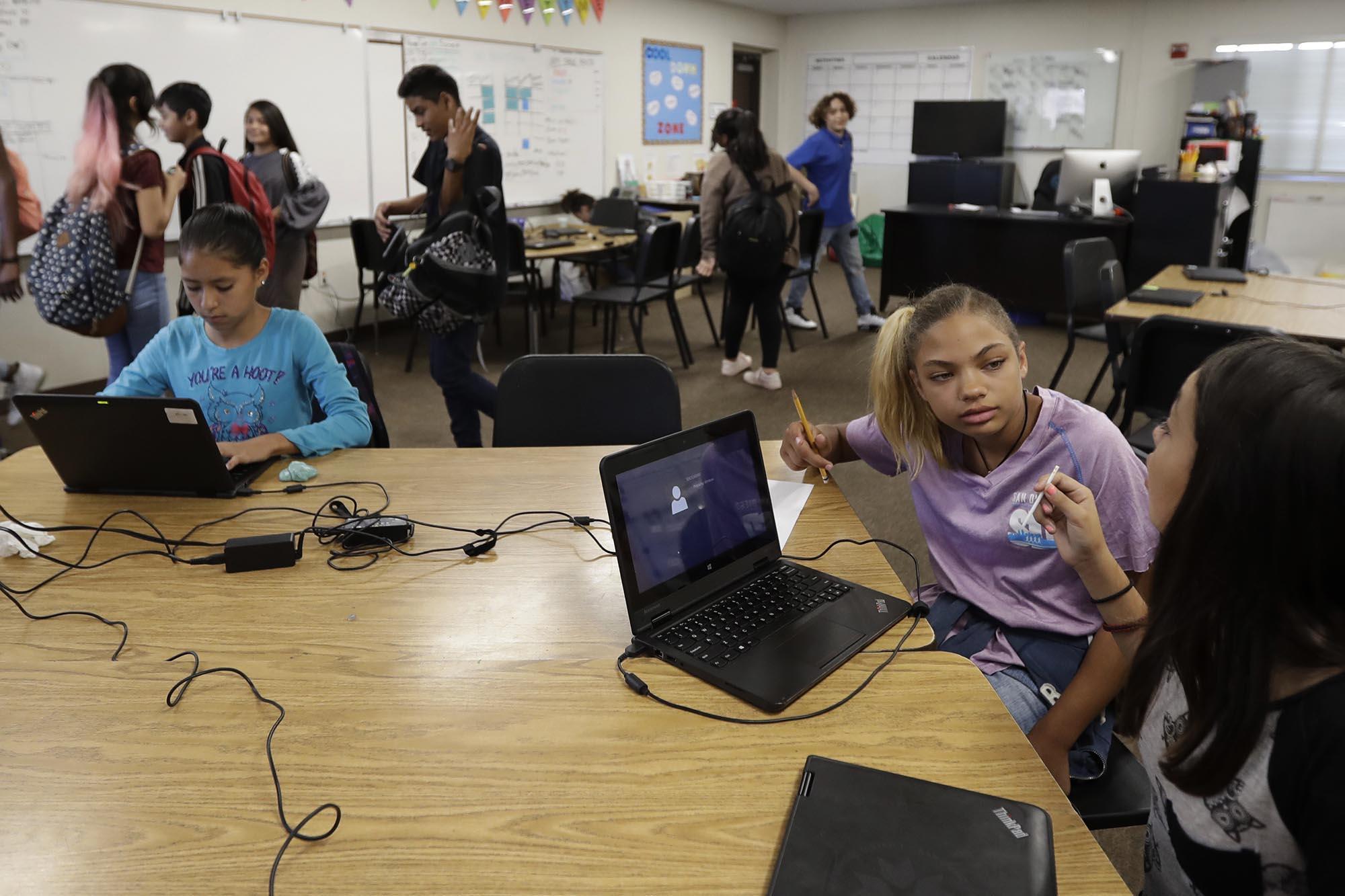 A classroom at Perkins Elementary School in San Diego, where one-quarter of the students were homeless in 2017 Associated Press/Photo by Gregory Bull (file)

Home away from home

About 1.5 million U.S. public school students experienced homelessness during the 2017-2018 school year, the highest reported number of the decade, according to a recent report from the National Center for Homeless Education. The number rose from about 1.3 million homeless students in the 2015-2016 school year. The report included students living in cars or with friends, but the number of those unsheltered showed the most dramatic increase: 137 percent from 2015 to 2018.

Homeless students are more likely than their peers to change schools, miss class, and show problem behavior. Education can help them leave homelessness as adults, and schools can provide some stability, relationships, and resources to help. A 1987 federal law requires each school district to hire a liaison to connect homeless students with benefits such as free transportation and vocational education. Some schools have tutoring, school supplies, and after-school programs for homeless students, as well.

SchoolHouse Connection is a nonprofit organization focused on combating homelessness through education. In its recommendations for teachers and staff, it reminds them that “for many students experiencing homelessness, school is the only place of stability in their lives. Teachers play a crucial role in creating a classroom environment that is safe and supportive.” —Charissa Koh 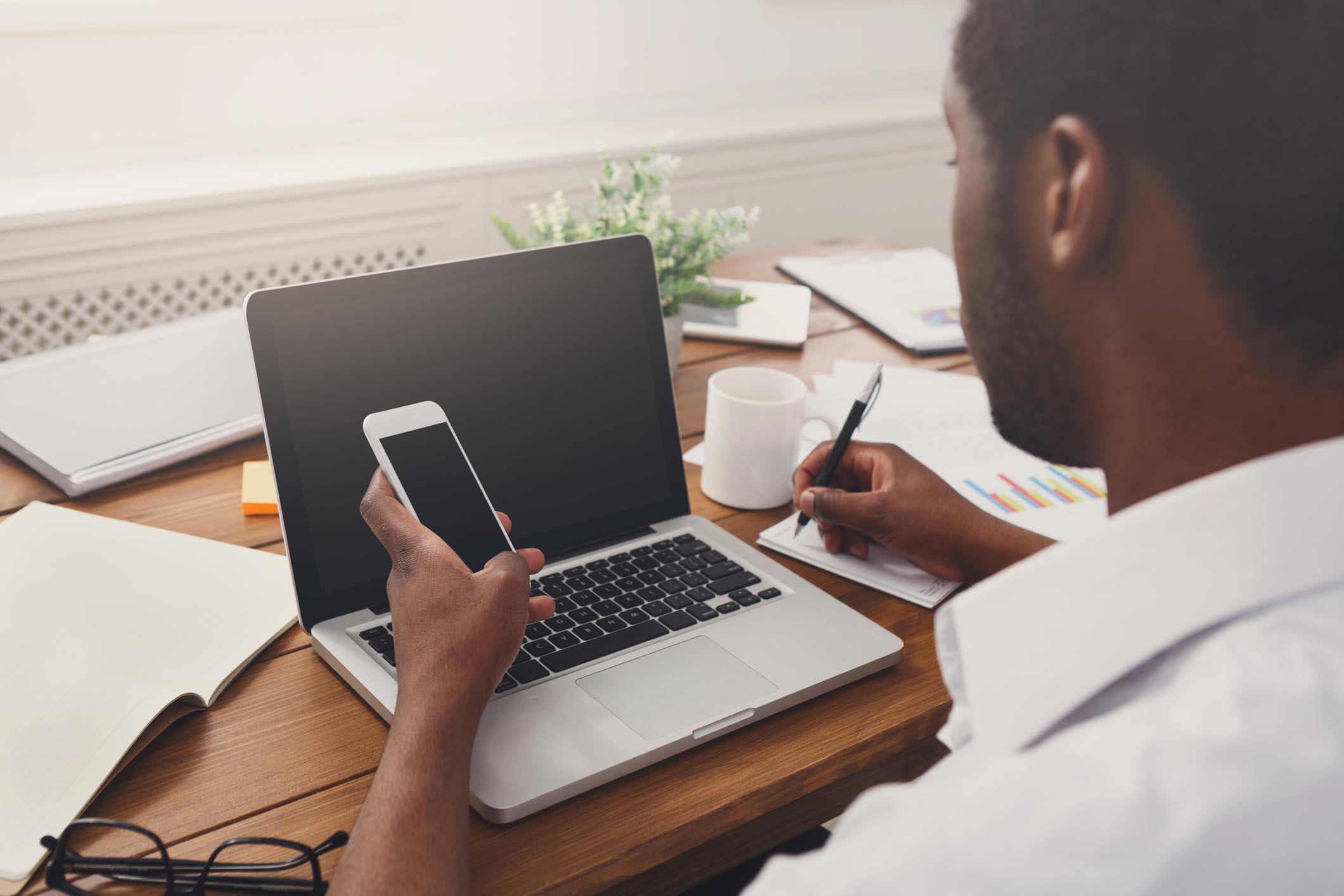 A classroom at Perkins Elementary School in San Diego, where one-quarter of the students were homeless in 2017 Associated Press/Photo by Gregory Bull (file)

The booming economy is paying off for black workers: A New York Times analysis of government data showed wages rising among African Americans after lagging for most of the decadelong economic expansion. The Times told the story of Markus Mitchell, a young African American man who works at JEVS Human Services in Philadelphia earning $38,000 a year. He got his full-time position through an apprenticeship program with only a high school education and self-taught computer skills. Before JEVS, Mitchell made $13,000 a year working at Chick-fil-A.

The tight labor market means low unemployment across the board as employers provide opportunities for workers with criminal records, disabilities, or less education. Apprenticeship programs are springing up, and even jobs on the lower end of the income spectrum, like retail and food service, are seeing wages rise. The median income for African Americans remains less than that of white Americans, and the historically low unemployment rate for black Americans is still twice that of whites. —C.K.

Last week, the U.S. Department of Justice announced an investigation into whether prison conditions in Mississippi violate inmates’ constitutional rights.

“The investigation will focus on whether the Mississippi Department of Corrections adequately protects prisoners from physical harm at the hands of other prisoners … as well as whether there is adequate suicide prevention, including adequate mental health care and appropriate use of isolation,” the Justice Department said.

A month earlier, 11 prison advocacy groups sent a letter asking the DOJ to intervene after 15 prisoners died in state custody from late December through January. The department will investigate four prisons, including the three state-run facilities where most of the deaths occurred. Most deaths came from violence between prisoners, though a few were suicides, and at least one prisoner died of natural causes. —C.K.

It seems that part of the problem regarding foster kids is that there is not enough oversight by the states.  They should not be cutting these kids loose without making sure they have a place to stay and sufficient skills or information to survive on their own.  If the states can't or won't do this, there at least needs to be more organizations like Thrive the states can refer them to.