Public libraries, which have long been battlegrounds for First Amendment rights, are at the center of a new fight involving LGBT advocates, community leaders, and concerned parents. Police in Spokane, Wash., arrested a pastor at a protest outside a drag queen story hour at the Spokane Public Library’s South Hill branch last month, igniting another local skirmish over free speech, religious liberty, and sexuality.

Drag queen story hours—at which performers, usually a man dressed as a woman in flamboyant costumes, read to children—are proliferating across the country. The June 15 drag queen story hour at the small branch library in a quiet, residential area of Spokane drew about 600 protesters. Some called out the immorality of transgender ideology, while others protested the “drag” costume as misogynistic and compared it to white people wearing blackface. One protester told KREM-TV in Spokane that she was standing up for “truth and righteousness.” Counterprotesters said the story hour supported diversity in education and carried signs depicting Jesus in a dress and declaring “more glitter, less bitter.”

Sgt. Terry Preuninger, a spokesman for the Spokane Police Department, was present that day and told me there had been death threats against various parties. Members from both sides had indicated they intended to openly carry firearms, he said, adding that the police department had a large, uniformed presence at the event, along with plainclothes officers and a single SWAT squad stationed on a roof, primarily for observation.

As a security measure, the police separated protesters who disagreed with each other and restricted them to certain areas outside the library. Pastor Afshin Yaghtin of New Covenant Baptist Church tried to cross the street from the designated protest area and enter the library. Yaghtin told KXLY-TV in Spokane that when police told him they would arrest him if he continued, he refused to move. He was arrested and placed in the back of a police van for a few hours, according to Pacific Justice Institute (PJI), the legal group representing him. He was jailed on charges of obstructing a police officer and later released on a $1,000 bond.

Yaghtin and his lawyers called the police department’s actions blatant viewpoint discrimination. PJI attorney Jorge Ramos told me it was clear to them that the pro–drag queen protesters received preferential treatment. PJI President Brad Dacus emphasized that the pastor simply wanted to observe the story hour. He wasn’t holding a sign, shouting slogans, or doing anything that should have gotten him labeled as a protester, though local news outlets reported that he approached police officers asking why they allowed the drag queens in the library.

“If someone is not creating a disturbance, there’s no reason that they should be removed from a public place simply because of their perceived religious beliefs or convictions,” Dacus said.

Preuninger framed the incident in terms of security. The police saw Yaghtin interact with other protesters and felt his sudden decision to distance himself from the group and try to enter as an observer was “disingenuous.” Officers gave him multiple warnings to stay in the protest area, and individuals from other groups had similarly been told to remain in their designated spaces. Preuninger said that once Yaghtin was arrested, he was respectful and did not resist.

“We are allowed to control what we call the time, manner, and place of protests,” Preuninger said. “And what the law says is that while we are trying to protect everybody’s liberty and ensure their right to exercise their First Amendment rights or Second Amendment rights, we are allowed to put restrictions on that in order to keep participants away from each other that have the potential to … cause harm.”

The following week, Yaghtin attended a second drag queen story hour at the downtown branch of the Spokane Public Library. Yaghtin brought press credentials, the library allowed him to enter, and there was no disturbance.

Attorneys from PJI are working to get Yaghtin’s charges dismissed. A pretrial hearing is scheduled for July 23.

“This arrest in Spokane is one of the clearest examples yet of viewpoint discrimination, and we will be vigorously contesting the charges,” Dacus said in a statement. 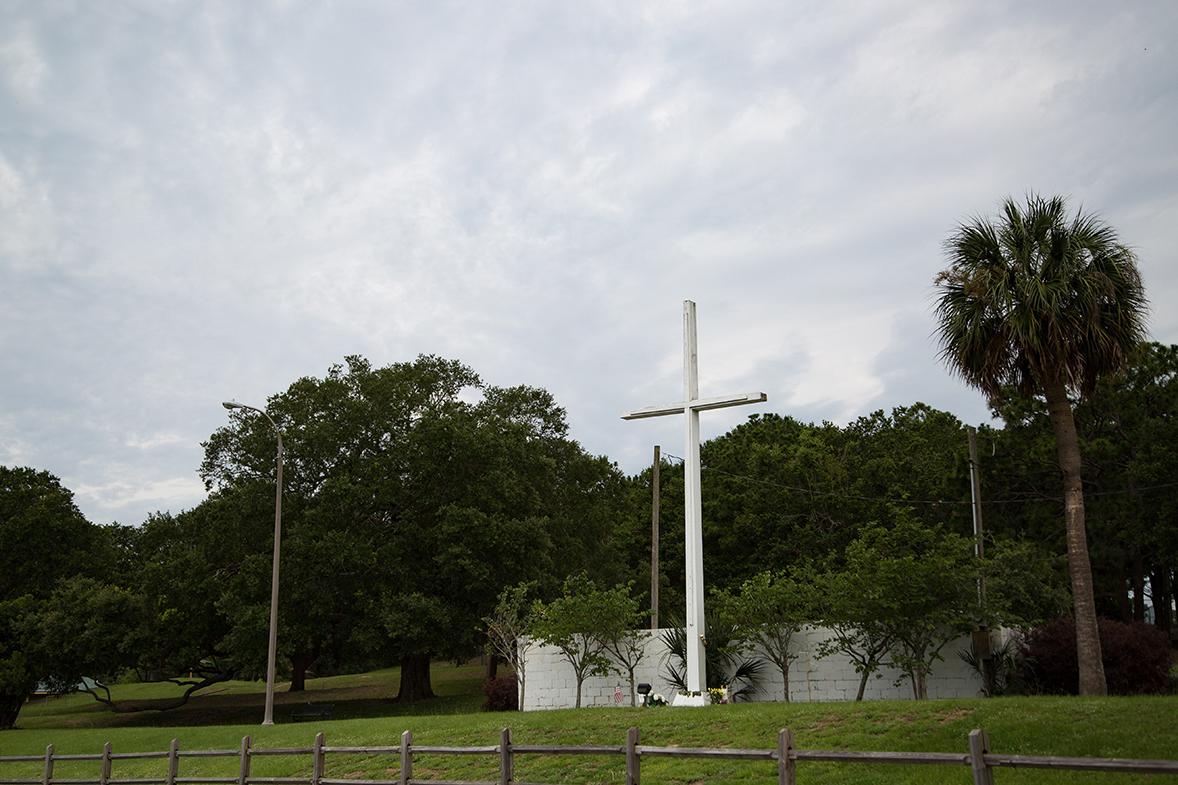 Florida cross gets another chance

The U.S. Supreme Court ordered a lower court on Friday to reconsider its decision requiring the city of Pensacola, Fla., to take down a cross that has stood in the city-operated Bayview Park since 1941. The justices demanded the review in light of their recent ruling that a historic World War I memorial cross in Bladensburg, Md., can remain in place.

A federal judge last week upheld a Maine law that pays tuition for students to attend private, secular high schools if there is no public high school in their district. Parents contend the state’s refusal to pay for religious private schools is discriminatory. The U.S. Department of Justice argued the law was unconstitutional, but U.S. District Judge Brock Hornby said the ruling precedent in his district required him to uphold it. Parents and their attorneys at the Institute for Justice and First Liberty said they would appeal the decision. —S.W.