United Methodist Church leaders released a proposed plan last week that would split the second-largest U.S. Protestant denomination over issues of Biblical fidelity, especially in the areas of marriage and sexuality. The nine-page framework, titled “Protocol of Reconciliation & Grace Through Separation,” would allow conservative congregations upholding Biblical sexuality to take their church property and form a new denomination. It would leave the UMC name, existing church bureaucracy, and theologically liberal seminaries to the remaining congregations.

A group of 16 leaders representing various UMC factions signed the protocol after three separate two-day negotiations in 2019 facilitated by attorney Kenneth Feinberg, who also helped negotiate settlements for victims of the 9/11 terror attacks and the 2010 BP oil spill in the Gulf of Mexico.

Decades of division erupted in a contentious UMC General Conference in February 2019, which leaders specifically called to vote on doctrine about same-sex marriage and the ordination of openly homosexual clergy. A majority of the legislative assembly voted to uphold Biblical sexuality, albeit by a slim margin. But the majority of U.S. bishops supported a plan to remove language condemning the practice of homosexuality from the UMC Book of Discipline and leave decisions about same-sex marriage and ordination of LGBT clergy up to regional bodies. The vote settled official doctrine but left the broader debate unresolved.

“Conservatives are the global majority, but in the U.S., conservatives have almost no political power because liberals dominate the church hierarchy, bureaucracy, and most American clergy are liberal,” said Mark Tooley, president of the Institute for Religion and Democracy and a lifelong United Methodist. (Read his interview with WORLD Radio’s Mary Reichard).

Tooley noted that only half of the world’s 13 million United Methodists live in the United States. And all regional UMC conferences and the local churches will get to vote on whether to join the new conservative denomination. “If a local church doesn’t like the decision of its conference, it can make its own decision by majority vote and take its property,” he said.

Evangelicals looking in on the proposed separation called the decision expected and necessary.

“The question … is not ‘Why did it happen so suddenly?’ but ‘Why did it take so long?’” Albert Mohler, president of The Southern Baptist Theological Seminary and a WORLD News Group board member, said in his podcast The Briefing this week. “Once a church, for any length of time, accommodates theological and moral liberalism, it is almost never brought to reformation. … A denomination that refuses to excise people who teach contrary to their fundamental beliefs is a denomination that will no longer have fundamental beliefs.”

The nonbinding proposal still requires approval by delegates to the 2020 General Conference scheduled for May 5–15 in Minneapolis. Leaders on both sides of the debate seem confident a version of the plan will pass.

The meeting will be a funeral of sorts, Tooley said in a string of tweets posted on Saturday. He called the current UMC a “disastrous liberal Protestant merger” that “never saw ONE year of growth, was bureaucratic, sterile & feckless.” Tooley expressed enthusiasm for the birth of a new evangelical and orthodox Methodist denomination focused on the gospel, a Wesleyan revival, and church planting.

What is not clear is what will happen to the remaining UMC, or if it will even stay one single denomination.

“There is a real possibility of there being a more radical Methodist church that thinks the liberal church doesn’t go far enough,” Tooley said in an interview on Monday with Todd Wilkin for the podcast Issues, Etc. It’s also unclear how far the more liberal denomination will go in embracing LGBT ideology.

“There is a lot of repressed energy there that I think is going to burst forth in a very emotive fashion,” Tooley said, noting that if the proposed plan passes in May, the conservatives within the church would immediately move to another room down the hall to commence the conservative Methodist church, and the remaining denomination would begin liberalizing.

“Will they address transgender issues and other issues of sexuality?” Tooley asked. “Will they remove all restrictions on sexual expression as was proposed at the last General Conference? I’m not sure there is going to be any ceiling or floor.” 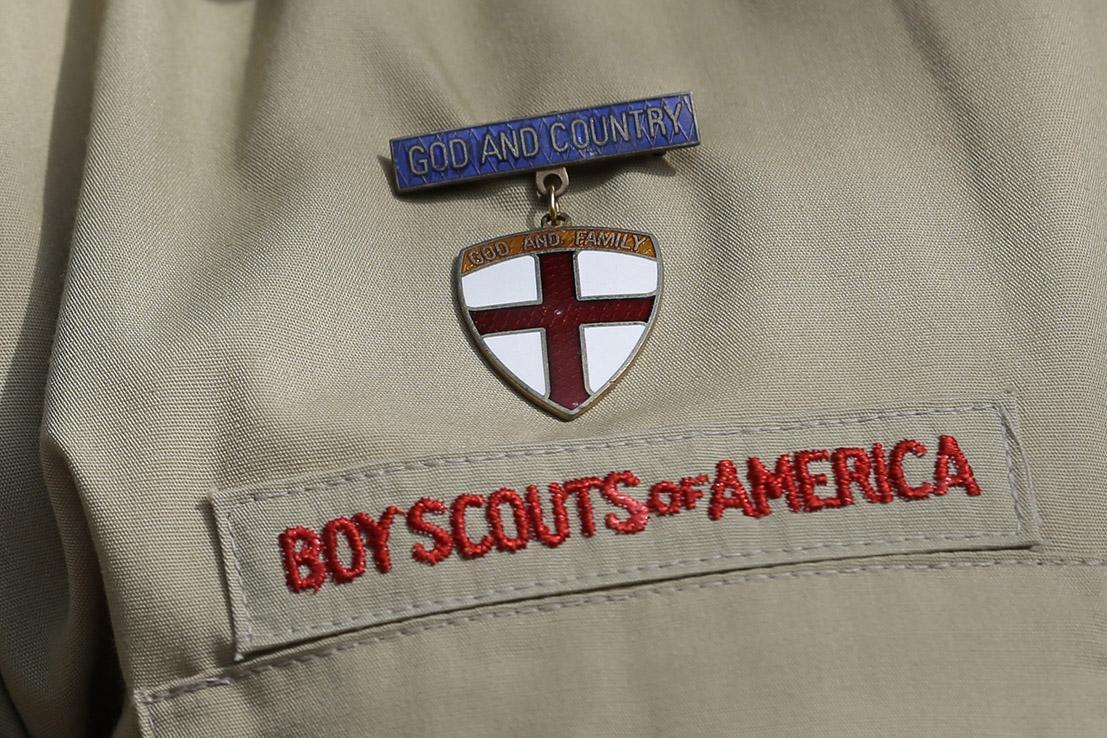 Trying to open the floodgates

A team of attorneys filed a lawsuit this week that could open the door for victims of sexual abuse to sue the Boy Scouts of America in Washington, D.C., regardless of where the alleged abuse took place.

The suit, filed at the U.S. District Court for the District of Columbia on Monday, contends the nation’s capital is the appropriate venue for lawsuits because the Boy Scouts incorporated there in 1910 and obtained a congressional charter in 1916. The District of Columbia joined a handful of states—including California, New Jersey, and New York—last year in easing its statute of limitations to give victims of sexual abuse who missed their legal window another chance to sue and obtain damages.

“We’re intentionally trying to make this a venue for a national case against the Boy Scouts,” said Aitan Goelman, an attorney for the plaintiffs, noting the case is “unusual” but “legally sound.”

“If you were raped in California, as opposed to Texas, you have a potential avenue for some measure of justice—but it shouldn’t depend on the vagaries of geography,” he said. “The Boy Scouts are a national organization. It cannot be just based on luck of the draw that some of these men are completely shut out of the courts and some are not.”

The litigation comes as the Boy Scouts continue to battle hundreds of new suits and a little more than a year after the group said it was considering Chapter 11 bankruptcy. Last year, the organization mortgaged the 220-square-mile Philmont Scout Ranch, its premier adventure camp in New Mexico, to help pay off mounting debts. —K.C. 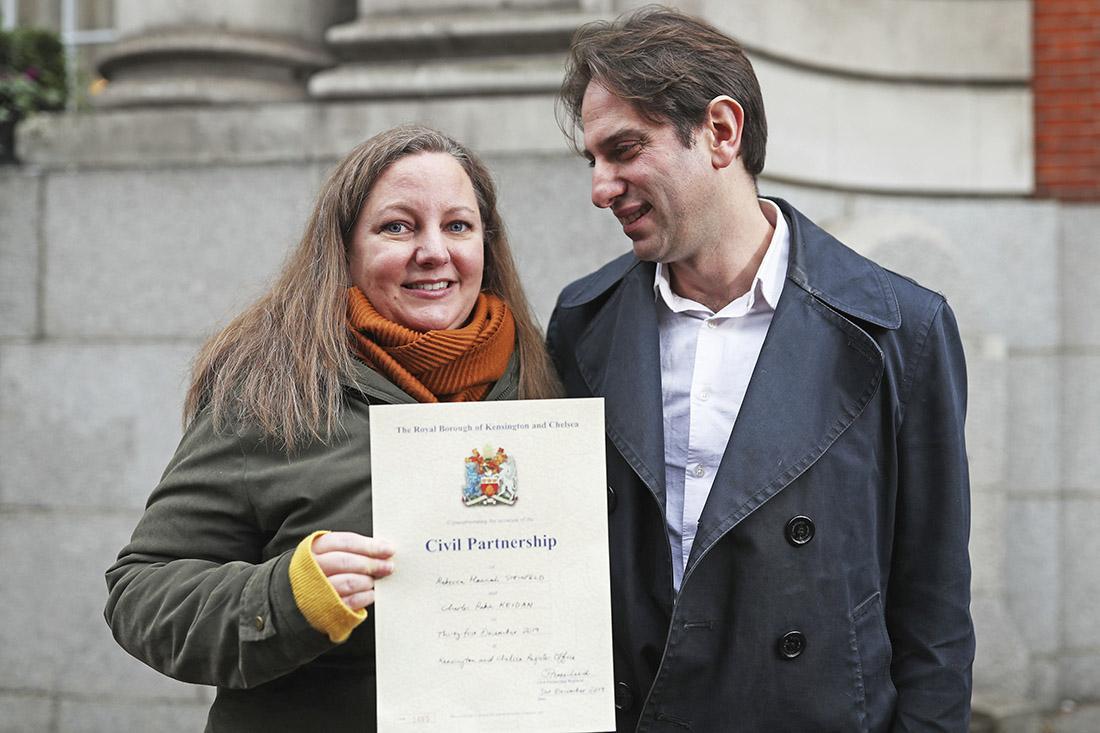 But critics argue these civil partnerships—which don’t require the couple to pledge to stay together for the rest of their lives and are easier to get out of—are bad for families and society.

“The problem with heterosexual civil partnerships is that it’s very much a low-commitment alternative to marriage,” said Simon Calvert, the deputy director of The Christian Institute in Britain. “The gold standard of commitment is marriage, with declarations made in the presence of witnesses and the expectation of lifelong faithfulness.” —K.C.

The liberal church is doomed to extinction. If you embrace one form of sin, you cannot justify preaching against any other form of sin, so you don’t need a preacher.  People don’t need to waste time attending a liberal church to encourage them in sinning, they do that really well on their own.  When the church stops being a spiritual hospital for sinners, it stops being a church.

I am sorry for the pain Methodists are experiencing from the breakup of their denomination. All of my wife’s family have been staunch Methodists from way back. Ever hear of Bishop Marvin? An ancestor of my wife.

But for probably 40 years I have seen Methodist congregations and individual Methodists whose belief and practice was far removed from Christ-centered faith.

I pray this split brings many back to Christ, even as it seems to take many farther away.