A Manny in full

Manny Ramirez left Boston in 2008 in a tide of bitterness, but the former major league baseball star has since returned on a wave of forgiveness. The 2004 World Series MVP said he’s not the same man who fought with teammates, pushed a 64-year-old administrative staff member to the ground, and feigned a knee injury to get out of playing in his final year with the Red Sox—and he gives all the credit to Jesus Christ.

“I remember when I retired, to be honest I didn’t know what to do with my time,” Ramirez told Boston Globe sports writer Dan Shaughnessy last month. “You think you can do whatever you want, but there are consequences. You get knocked down and you say, ‘What’s going on here?’ But then I started going to church.”

Ramirez was back in Beantown in November for a gala hosted by The Sports Museum to honor Boston’s athletic heroes. Shaughnessy, a local sports icon in his own right, asked Ramirez if he was sorry for his past behavior, and Ramirez apologized for all of it.

“To be honest, I was not in a good place at that time,” he said. “I wanted a change. I thought going someplace else was going to make a difference. But now, man, I know it wasn’t the place. It was me. It was my mind. It was my heart. I wasn’t thinking right.’’

When the Red Sox picked up Ramirez from the Cleveland Indians in 2001, the team gave him one of baseball’s most lucrative contracts at the time: $200 million over 10 years. Ramirez consistently ranked among the American League’s top hitters, and the outfielder helped deliver the World Series title in 2004 that famously broke the Curse of the Bambino and an 86-year championship drought for the franchise. But four years later, after he indulged in a spate of public tantrums, the team happily traded him to the Los Angeles Dodgers in the middle of the season. After that, Ramirez began a painful-to-watch decline.

In 2011, while playing for the Tampa Bay Rays, he tested positive for performance-enhancing drugs—for a second time, the first was in 2009—and was facing a 100-game suspension. Ramirez quit. That same year, he was briefly jailed on suspicion of hitting his wife, Juliana. That’s when he said he turned to God, and the Ramirezes began going to church. He told Shaughnessy he is a Reformed Baptist and he practices preaching and teaching the Bible to people in hospitals.

Shaughnessy reported that his interview was the first time Ramirez had “acknowledged any of this stuff.” That makes it sound like baseball’s former bad boy is just the latest in a long line of surprise celebrity converts, including Justin Bieber and Kanye West. But Ramirez talked of his faith with reporters in 2014 when he came back to Boston for the 10th anniversary of the 2004 World Series title.

“To be honest, I’ve been in church now for almost four years, me and my wife,” Ramirez said at the time. “I really realize that I behaved bad. I apologize for that, but I’m a new man. That’s what Jesus said, and that’s what I believe.”

According to Shaughnessy, Ramirez has attended seminary for the past five years. He and Juliana are still married. His oldest son, Manny Ramirez Jr., who was born in 1995 from a prior relationship, tweets out Bible verses and stories about his dad’s accomplishments. Manny Jr. was on the baseball team at the University of San Francisco and played professionally in 2018 for an independent league team in New Britain, Conn.

In April 2020, the Red Sox will induct the elder Ramirez into the team’s hall of fame. The city seems to have given him the forgiveness he asked for. But with the blemish of performance-enhancing drugs on his record, his chances of making it into the Baseball Hall of Fame in Cooperstown, N.Y., are much slimmer.

Though Ramirez would like for baseball writers to vote him in, he told Shaughnessy he’s OK if they don’t.

“I’m going into another Hall of Fame,” Ramirez said. “If you read the Bible, the Bible says that your name is going to be written in the Book of Life. So it’s going to be more impressive than this. Remember, when you die, you can’t take this with you.’’ 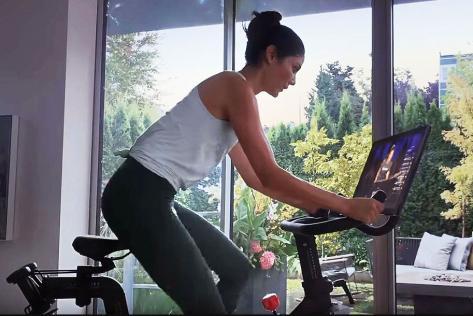 A screen grab from the “Peloton Wife” commercial YouTube/Peloton

A new Peloton ad for the Christmas gift-giving season has unified the internet—but in the worst way possible for the exercise equipment company. Critics have called the 30-second spot sexist for its portrayal of an already-slender woman’s yearlong journey on a Peloton stationary bike her husband gave her last year.

After yelping for joy at the sight of her $2,245 present, the wife—who always has her phone at the ready to video her exercise regimen—later gingerly mounts the bike with a mixed and almost fearful expression on her face. “I’m a little bit nervous. But excited,” she says to her phone.

The commercial ends with the couple sitting on the couch watching the wife’s year-end Peloton transformation video. “Peloton Wife” stares at her husband, her eyes seeming to ask for his approval.

A Washington Post critique likened the woman to a hostage, satirically inferring that her toil on the bike represented her imprisonment to her husband’s obsession with body image.

The video had more than 4.1 million views on YouTube by Friday morning, but an overwhelming amount of dislikes (15,000) to likes (8,000). Comedian Eva Victor created an obscenity-littered parody of the commercial that attracted more than 3 million views on Twitter.

Along with a torrent of criticism, Peloton also endured a 13 percent plummet in stock value. But the company still doesn’t seem to get it.

“Our holiday spot was created to celebrate that fitness and wellness journey,” Peloton said in a statement. “While we’re disappointed in how some have misinterpreted this commercial, we are encouraged by—and grateful for—the outpouring of support we’ve received from those who understand what we were trying to communicate.” —Loren Skinker 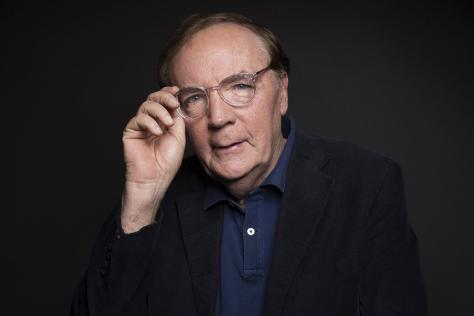 A screen grab from the “Peloton Wife” commercial YouTube/Peloton

Bonus for the bookish

Bestselling author James Patterson is handing out Christmas bonuses of $500 each to 500 independent bookstore employees across the United States. The recipients were chosen from a pool of more than 2,500 nominees for the Holiday Bookseller Bonus Program that Patterson and the American Booksellers Association sponsor.

Patterson attained near omnipresence on American bookshelves in the 1990s and early 2000s with his popular novel series about fictional detective Alex Cross. He now writes novels for all ages and has become something of a literacy evangelist.

“I’ve said this many times before, but I can’t say it enough: booksellers save lives,” Patterson said in a statement about the holiday bonus program. “Children’s booksellers especially—they guide children to books they’ll genuinely enjoy and in turn create a new generation of readers.” —L.L.