WASHINGTON—After years of delays, persecuted religious minorities victimized by Islamic State (ISIS) in 2014 in Iraq and Syria are set to get some relief from the U.S. government.

Congress last week unanimously passed The Iraq and Syria Genocide Relief and Accountability Act, designed to provide aid to Christians, Yazidis, Shia Muslims, and other religious minorities that underwent displacement and genocide at the hands of ISIS.

When ISIS targeted religious minorities in a genocidal sweep through Iraq and Syria in 2014, the number of Christians in the regions fell from 1.4 million to less than 200,000. Of the 550,000 Yazidis in Iraq before ISIS, 280,000 remain displaced. On March 17, 2016, then–Secretary of State John Kerry recognized that the persecution inflicted by ISIS constituted genocide. Congress also unanimously declared that ISIS was committing genocide against religious and ethnic minorities.

But months passed, and the Obama administration’s relief efforts often overlooked those who needed it most. The genocide continued “to be an open sore that needs to be addressed,” Rep. Chris Smith, R-N.J., told me, adding that the relief effort was five years in the making.

After waiting in vain for administrative action, Smith decided in September 2016 to introduce a bill in Congress but it never gained traction. He visited Erbil, the Kurdistan region of Iraq in December 2016. There he met with Christians from decimated communities who had received little or no international aid. They asked him, “Why would the United States abandon us?”

Smith reintroduced the bill in 2017 with co-sponsor Rep. Anna Eshoo, D-Calif. It passed by a voice vote in the House in June of that year. But it hit gridlock in the Senate, where confusion and debate over its format kept it from passing out of committee.

Finally, the gridlock broke. The Senate approved the bill in October, and on Nov. 27 the House passed it, both unanimously.

“Why it took so long continues to bewilder me,” Smith said.

The act provides humanitarian aid to the victims and support for investigations to hold the perpetrators responsible for their crimes, while funneling funds directly to faith-based organizations that have already been working privately to ease the crisis on the ground. The measure also requires reports to Congress on the progress of assistance and the results of the investigations.

The act has drawn praise from the U.S. Commission on International Religious Freedom and a number of organizations fighting for religious freedom in the region, including Open Doors, the 21st Century Wilberforce Initiative, and the Knights of Columbus.

“The fact that this bill passed both the House and the Senate unanimously shows that the American response to genocide transcends partisanship and that there is enormous political will to protect and preserve religious minorities in the Middle East, including Christians and Yazidis, who were targeted for extinction,” Knights of Columbus Supreme Knight Carl Anderson told the Catholic News Agency.

The support from the bill will allow displaced Christians and Yazidis to begin their return to their ancestral homes and rebuild, Smith said, adding, “They want to go back, but they want to go back safely, and in a way that will lead them to thriving again.”

President Donald Trump is expected to sign the act in the coming weeks. 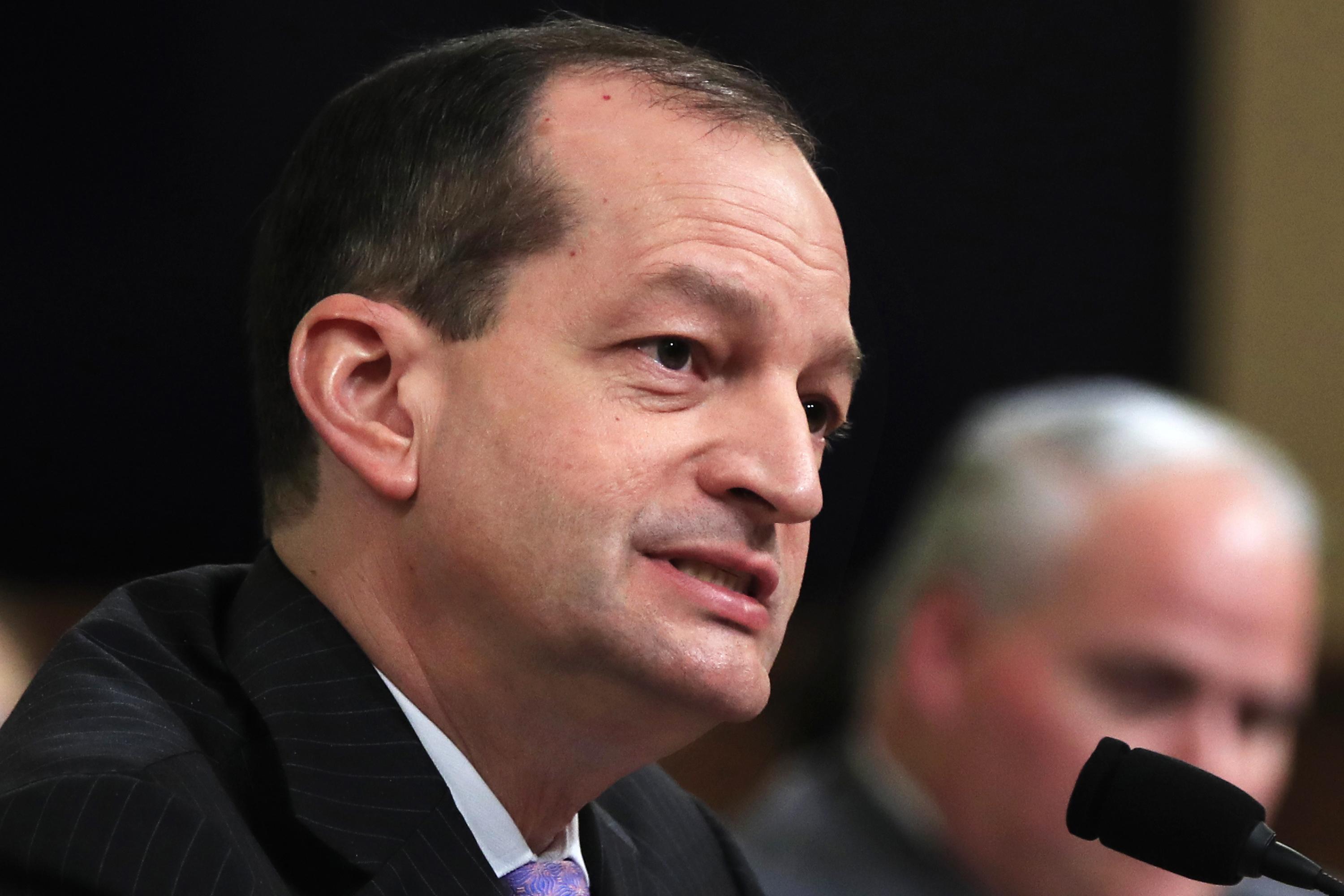 Labor Secretary Alex Acosta is under intense scrutiny for his role in securing a “sweetheart deal” for billionaire sex offender Jeffrey Epstein.

The Miami Herald reported Nov. 28 that Acosta, in his former capacity as Miami’s top federal prosecutor, orchestrated a deal that saved Epstein, a hedge fund manager, from serving a life sentence and silenced his victims. In the early 2000s, Epstein was the subject of a federal investigation for the alleged sexual abuse of at least 40 underage girls at his West Palm Beach estate.

In 2007, Acosta and Epstein’s lawyer, Jay Lefkowitz, struck a deal. In exchange for unspecified information, Epstein pleaded guilty the next year to charges of soliciting just one underage victim and served 13 months in a county jail. The deal also meant federal prosecutors shut down the probe into other victims or people who may have participated in and enabled the crimes. The accusers were not told about the deal and did not get a chance to appear in court.

Now congressional lawmakers are demanding an investigation into whether the deal represented a miscarriage of justice. Acosta’s fitness as secretary of labor is also in question. His responsibilities include enforcing child labor laws and combating child trafficking. The Department of Labor notes on its website that child labor trafficking is often interconnected with sexual exploitation.

Fifteen Democratic lawmakers wrote a letter to the Department of Justice demanding an investigation. Sen. Ben Sasse, R-Neb., a member of the Senate Judiciary Committee, sent three letters to the Justice Department on Monday asking for a probe to be opened as soon as possible.

“I am particularly disturbed by this reporting indicating that federal prosecutors went out of their way to arrange this sweetheart deal for Epstein and conceal it from the women and girls that he abused who could have objected to it, in apparent violation of federal law,” Sasse wrote.

Concerned Women for America called for Acosta’s resignation Wednesday. The conservative group’s CEO, Penny Nance, tweeted that she believed the Trump administration would not have nominated Acosta for his Cabinet position if the report had emerged earlier. 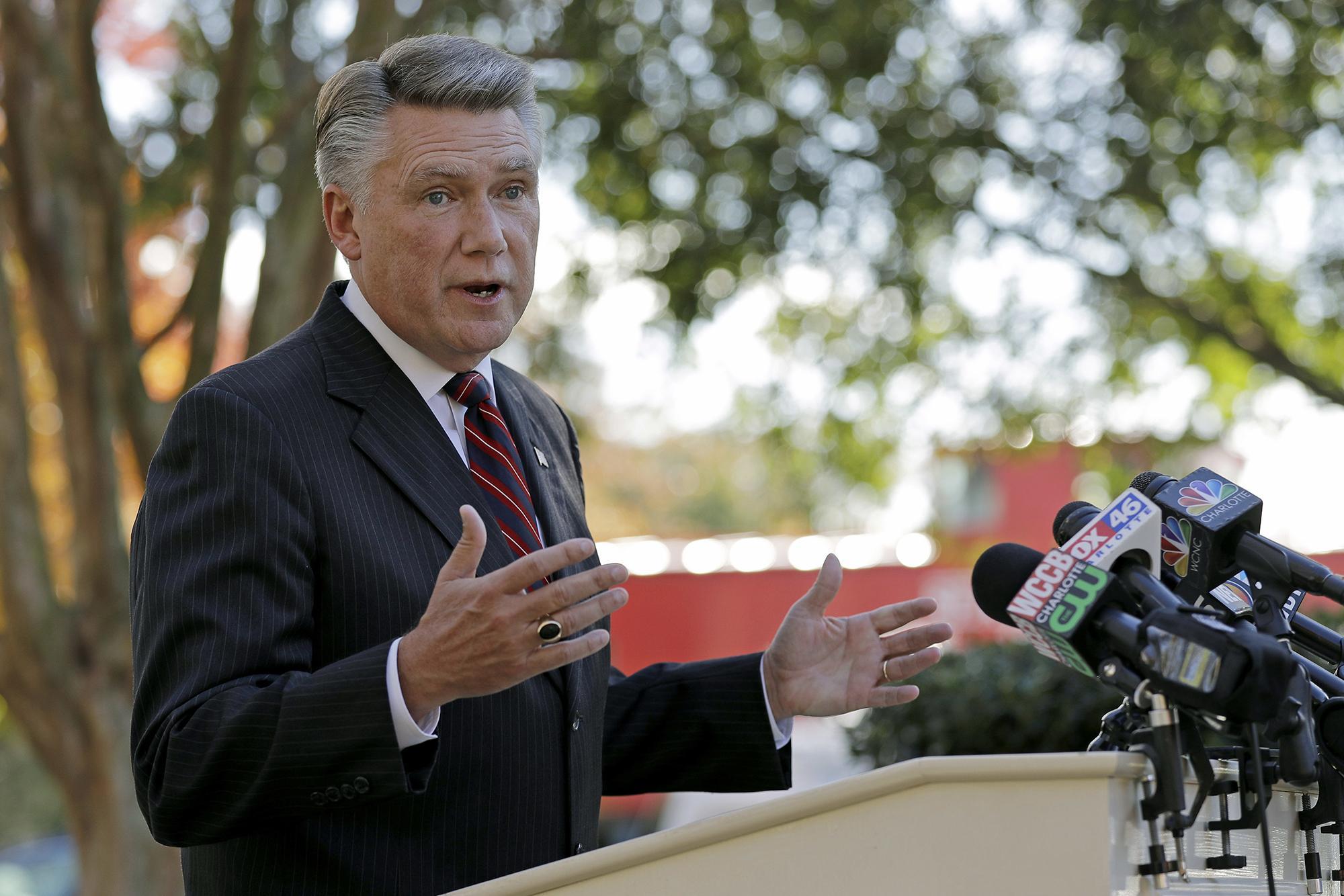 A voter fraud investigation in a North Carolina congressional district could invalidate its midterm results and force a new election.

The investigation involves irregularities in absentee ballots in the state’s rural 9th District. Last Tuesday, the bipartisan State Board of Elections voted unanimously not to certify the results, which showed Republican candidate Mark Harris ahead of Democrat Dan McCready by 905 votes. (Harris had defeated incumbent Robert Pittenger in the GOP primary earlier this year.) Elections officials said it would hold a hearing on the allegations on or before Dec. 21 and possibly call for a new vote.

At issue is a possible ballot-tampering scheme involving state Republican political operative McCrae Dowless, who worked on the Harris campaign. State law bars the “harvesting” of absentee ballots—voters instead are required to submit ballots by mail, drop them off personally, or have a close family member or legal guardian drop them off. But witnesses have told the election officials that Dowless and others went door to door in Bladen County helping people sign up for absentee ballots and then went back to collect them, some still unsealed or incomplete. Some close to Dowless claim he sorted and mailed only the ballots with a vote for Harris.

North Carolina requires two witness signatures on absentee ballots. And on Monday, CNN reported that a review of 161 absentee ballot envelopes showed the same nine people—all with connections to Dowless—signed at least 10 ballots each, with three witnesses signing more than 40 each. State election officials have sent a letter to every Bladen County address where a voter requested an absentee ballot asking the voter to call the state office if someone else tried to take it or fill it out.

It is unclear if Republican campaign leaders knew about Dowless’ alleged activities. An attorney confirmed on Tuesday the election board had subpoenaed documents from the Harris campaign. On Friday, Harris tweeted that he supported investigations into voter fraud, but there was “absolutely no public evidence that there are enough ballots in question to affect the outcome of this race.”

Others contend there could be. Bladen County had a high percentage of unreturned mail-in ballots, and their number exceeds the current vote margin. —Kiley Crossland

The supervisor who oversaw a midterm election recount fraught with controversy in Broward County, Fla., this year rescinded her resignation and vowed to fight for her job this week. Brenda Snipes announced Nov. 18 she planned to step down from her position in January. But last week, outgoing Republican Gov. Rick Scott, who won the U.S. Senate election in his state, suspended Snipes without pay immediately for “misfeasance, incompetence and neglect of duty.” Scott appointed Republican attorney Peter Antonacci to take her place. In return, Snipes said she planned to stay in her role after all and fight the “frivolous” allegations against her. —Lynde Langdon

Republicans could have their own email crisis on their hands after the accounts of aides to the National Republican Congressional Committee were hacked. The theft of thousands of emails was discovered in April and reported this week by Politico. The committee confirmed the hack and said the FBI was investigating. —L.L.