A do-over for Sweet Cakes

The U.S. Supreme Court sends a Christian bakery case back to the lower courts

The U.S. Supreme Court on Monday threw out the Oregon Court of Appeals decision against Christian bakers Aaron and Melissa Klein and told the judges to take another look.

Rachel Bowman-Cryer had sued the Kleins, owners of the now-closed Sweet Cakes by Melissa bakery in Gresham, Ore., after they refused on religious grounds to bake a custom cake for her marriage to another woman in 2013. The Oregon Court of Appeals ruled against the Kleins in December 2017, who appealed to the U.S. Supreme Court after the state’s highest court refused to take their case. The Supreme Court on Monday vacated the ruling and told the Oregon appellate judges to reconsider in light of last year’s decision in favor of Colorado baker Jack Phillips in Masterpiece Cakeshop v. Colorado Civil Rights Commission.

“This is a victory for Aaron and Melissa Klein and for religious liberty for all Americans,” said Kelly Shackelford, president of First Liberty, one of the legal firms defending the Kleins. “The Constitution protects speech, popular or not, from condemnation by the government. The message from the court is clear: Government hostility toward religious Americans will not be tolerated.”

When the Supreme Court handed down its Masterpiece ruling last year, the justices focused on the hostility the Colorado Civil Rights Commission showed toward Phillips, a Christian baker who declined to make a custom cake for a same-sex wedding. While the justices made clear that officials could not show bias against religion, they did not rule on whether business owners had the right to refuse to participate in ceremonies or remembrances that violate their religious beliefs.

Jeremy Dys, deputy general counsel for First Liberty, said the court’s decision to send the Kleins’ case back to the Oregon Court of Appeals indicates a majority of justices thought a closer look would yield a different result. “The fact that they pointed to the Masterpiece Cakeshop opinion reinforces … the idea that some form of religious hostility has taken place,” he said. “They aren’t going to put up with it.”

The $135,000 fine that the Kleins were ordered to pay the state, forcing them to shutter the bakery, “seems almost ipso facto anti-religious bias,” Dys added. On top of that, Brad Avakian, while serving as Oregon’s labor commissioner, made public comments disparaging the Kleins. He argued in a statement in 2015 that “human decency” and state law requires that people have “the freedom to fully participate in society” regardless of their sexual orientation. Avakian also indicated that the “goal is to rehabilitate” the Kleins, which many interpreted as a euphemism for reeducation, and he explicitly compared the couple’s conscientious refusal to bigotry.

Dys said the Kleins have a good chance of relief given the anti-religious bias, but there is no guarantee. The Supreme Court recently sent Christian florist Barronelle Stutzman’s religious liberty case back to Washington state’s highest court for another look. The state Supreme Court ruled against her for a second time earlier this month, finding “the two courts gave full and fair consideration to this dispute and avoided animus toward religion” and thus had “no reason to change our original decision in light of Masterpiece Cakeshop.” Stutzman is appealing again to the U.S. Supreme Court.

It's unclear how long the Supreme Court can avoid ruling on the real question behind all these cases: Did the business owners have a right to follow their consciences in the first place? 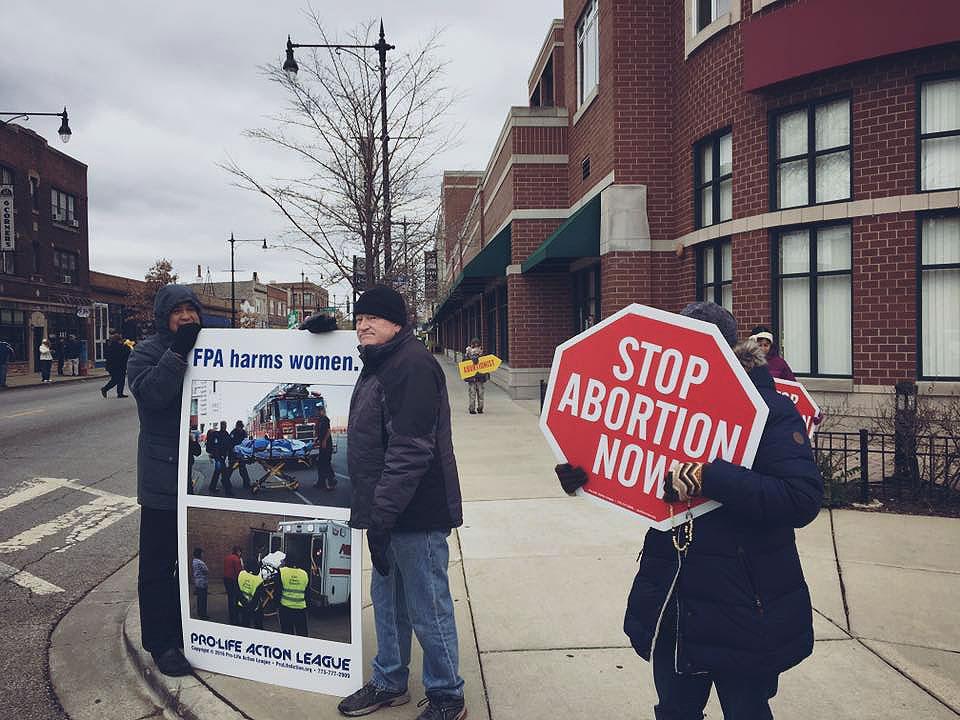 Chicagoans can hawk Cubs tickets, campaign for office, and even panhandle in front of abortion facilities, but a city ordinance says they cannot approach women in an attempt to persuade them to let their unborn babies live. That may change if the U.S. Supreme Court agrees to hear a recent appeal by four sidewalk counselors and pro-life organizations.

A 2009 Chicago ordinance made it a crime to come within 8 feet of another person “for the purpose of passing a leaflet or handbill, displaying a sign to, or engaging in oral protest, education, or counseling” without consent. The ordinance applies within 50 feet of the entrance to any “hospital, medical clinic or healthcare facility.” That includes abortion centers.

Chicago’s so-called “bubble ordinance” is similar to others enacted since the Supreme Court’s 1973 Roe v. Wade decision that led to the legalization of abortion nationwide. At least two states, Colorado and New Hampshire, and several major cities, including Phoenix, Pittsburgh, and San Francisco, have such laws.

In the Supreme Court’s Hill v. Colorado decision in 2000, a 6-3 majority upheld the constitutionality of a similar Colorado bubble law, finding that it limited only places where speech might occur, not the content of the speech. First Amendment precedents generally allow government censorship only if the law applies to all speech and is therefore “content-neutral.”

But the plaintiffs argue that two recent Supreme Court decisions call Hill into question: 2014’s McCullen v. Coakley and 2015’s Reed v. Town of Gilbert. The former struck down Massachusetts’ 35-foot bubble law because it was not the least restrictive means possible to accomplish its goal of protecting abortion facility clients. Yet Reed—which involved an offending sign ordinance and not an abortion facility—was the nail in the coffin.

“Reed destroyed Hill,” Thomas More Society Vice President and Senior Counsel Thomas Olp told me. He explained that in Reed the court said whether the government was attempting to regulate the content of speech is more important than whether there was animus against a particular kind of speech—something Hill seemed to require. Olp, who represents the sidewalk counselors in the Chicago case, hopes that the court will see this as a First Amendment issue and not just an abortion case: “Public sidewalks have been from time immemorial a venue for public debate, so if you begin to regulate speech on sidewalks, you encroach on the First Amendment.” —Steve West

The U.S. District Court for the District of Columbia has allowed a lesbian couple from Fort Worth, Texas, to proceed with a suit against the federal government challenging U.S. Department of Health and Human Services grants to a Catholic foster care agency in Texas.

Because of the Catholic Church’s teaching that marriage is between one man and one woman, Catholic Charities of Fort Worth rejected an application from Fatma Marouf and Bryn Esplin, both Texas A&M University professors, to foster an unaccompanied refugee child. The foster agency receives HHS grants through the United States Conference of Catholic Bishops.

The lesbians argued taxpayer money should not support an agency that discriminates based on sexual orientation. They lacked standing as taxpayers to file the suit, the court found, but ruled in their favor because “ordering the federal defendants to develop a system that removes barriers to same-sex couples becoming foster parents … will make plaintiffs whole.”

Some Catholic foster and adoption agencies have closed their doors rather than obey orders contrary to church teaching. —S.W.

Texas Gov. Greg Abbott, a Republican, last week signed the “Save Chick-fil-A” bill into law, which prevents government entities in the state from punishing individuals or businesses that act in accordance with their religious beliefs. The new law follows a kerfuffle over San Antonio’s decision to exclude Chick-fil-A from opening a restaurant at the city’s airport. —R.L.A.